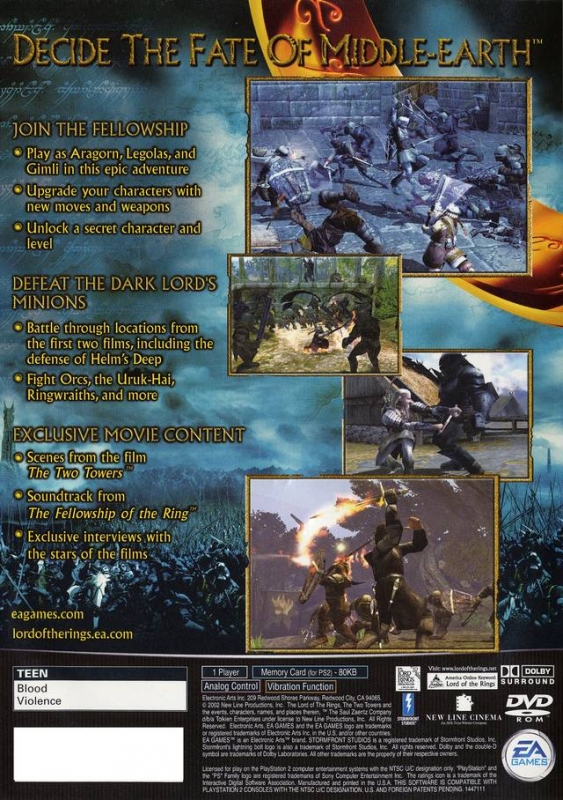 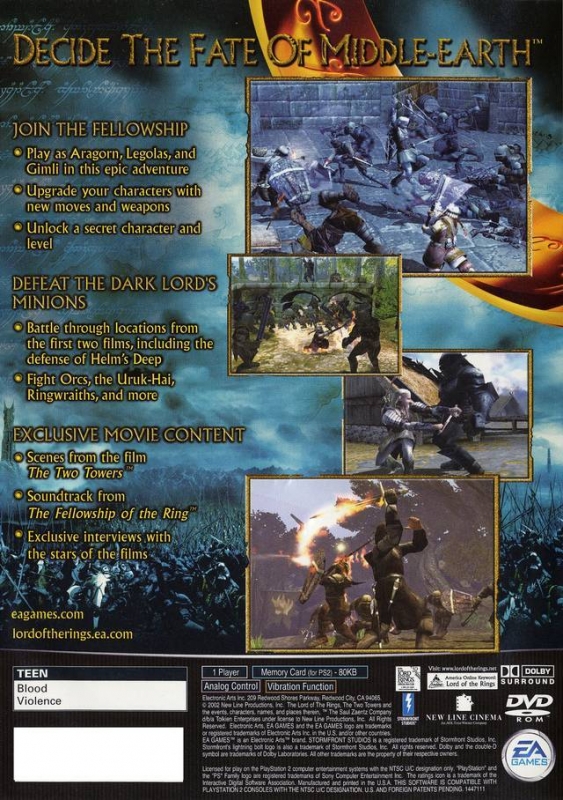 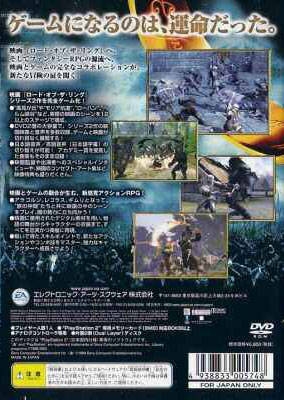 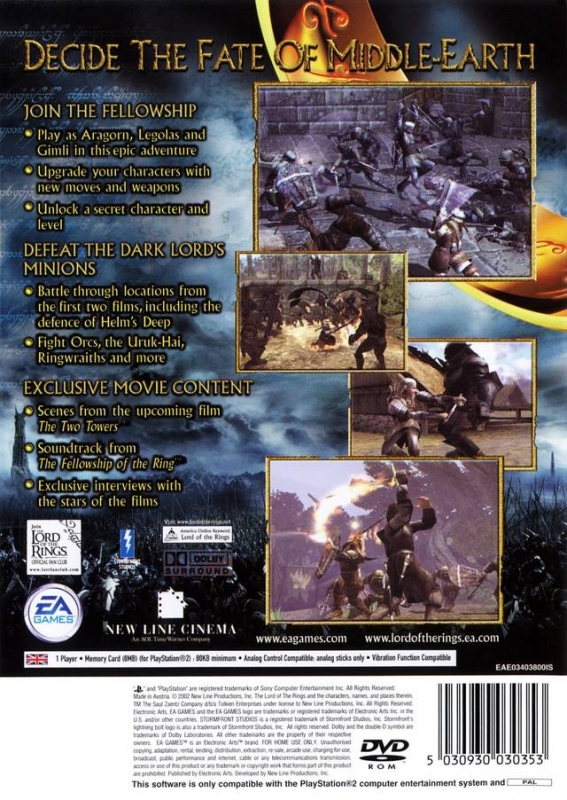 The Lord of the Rings: Futatsu no Tou

The Lord of the Rings: The Two Towers (PS2)

Graphics: 10!!
Simply breathtaking...especially if you can appreciate the atmosphere of each level. From the twists and shadows of the cliffs surrounding the gates to moria, to the waves of enemy shapes and volleys of flaming arrows zipping past your head on the outer walls of helms deep. This whole game is impressive. The character's movements and their body language in battle is ultra-realistic, and each enemy moves differently according to their race. For example, the goblins jump around a lot and stay very low to the ground. Their attacks are usually quick and involve hopping in, swiping, and hopping back out. The powerful Uruk-Hai, on the other hand, have a confident walk and broad swiping attacks, as well as an intimidating charging attack if they spot you from a distance. Playing this game is as fun as watching the movie, simply because the visuals make you feel like you're there.

Music: 9
The music in this game is straight out of the movie, which everyone who saw it knows has an extremely impressive soundtrack. The music changes when you enter dangerous battles, and the menus have their own tunes as well. The cut scenes all contain background songs that help to enhance the mood, and this game actual pulls it off without the songs getting annoying or disturbing the scenes more important elements.(The dialogue)

Sounds: 10
Everything in this game, from the metal chimes of blades colliding to the whiz of arrows until you effortlessly block then with your sword, sounds real. Footsteps are usually my pet-peeve in games, but they are well done here. The effects of rain, waterfalls, rivers, fire, and the roars of enemy soldiers are all impressive. I especially love the voices in this game. The characters talk to each other, and soldiers scream in panic if a catapult launches an explosive barrel into their midst. Both the enemy leaders as well as the friendly generals scream commands at the soldiers, which they often obey to a noticeable degree. Also, in the later levels, the full scale battles produce a roar of voices and sounds in the background, which make you feel as if you are surrounded by conflict and violence. Good Times.

Controls: 9
This game handles pretty well. The controls are responsive and not too hard to master. At first, you only have a few basic moves at your disposal, but as you earn enough points to buy new moves, including the awwwweeesome instant kill moves, things get a bit trickier, and a hell of a lot more fun. Timing is key in this game, since blocking an arrow requires you to tap the parry button at the right moment, not hold down a block button. This is hard at first, but once you get the hang of it, you will be more than comfortable being completely surrounded, since you can block an attack coming from any direction (it looks good every time ;)

Replay Value: 8
With a secret level, accessible one character at a time, and a secret character who kicks major...heiney, this game makes it easy to come back for more. Not to mention that playing through the game once won't allot you enough experience points to buy all the skills to max out one of our heroes, hardcore gamers will end up playing the game half a dozen times to get the most out of it. Also, the cinematic effects of the special moves, particularly the instant kill ones, never seem to get old.