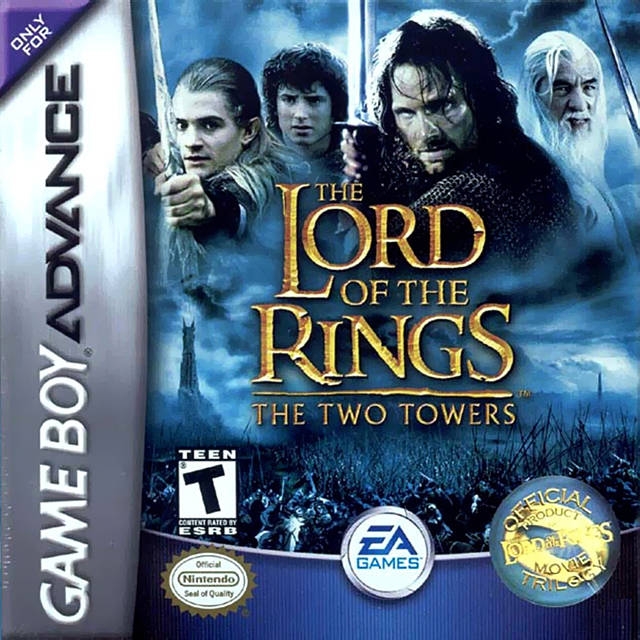 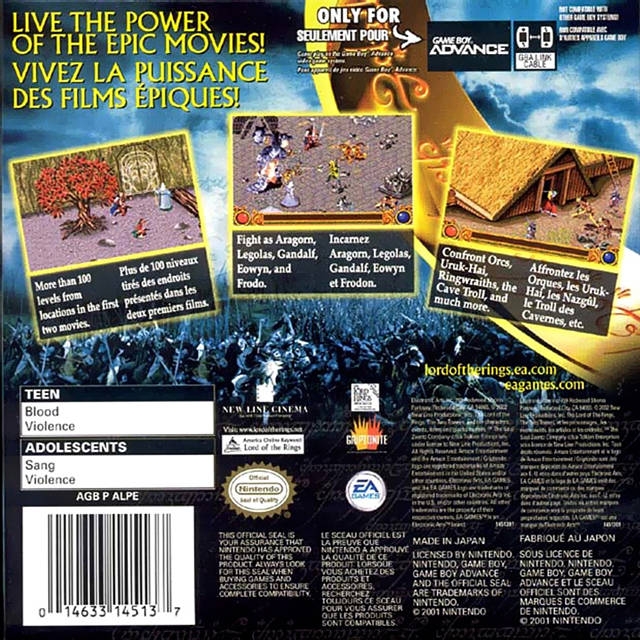 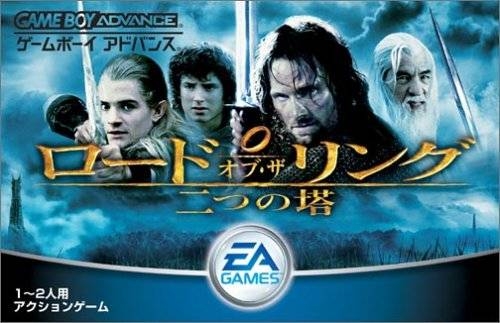 Lord of the Rings: Futatsu no Tou

The Lord of the Rings: The Two Towers (GBA)

Join the fellowship and experience all of the action from the first two blockbuster movies in The Lord of the Rings (tm) trilogy. Step into the roles of Aragorn the Ranger, Legolas the Elf, Gandalf the Wizard, Frodo the Hobbit, and Eowyn the Maiden, each with their own set of upgradeable abilities and attacks. Battle Sauron's minions including an army of 10,000 Uruk-Hai on the walls of Helm's Deep, hordes of Orcs on the plains of Rohan, and even the monstrous Cave Troll in Balin's Tomb. With the soundtrack from The Fellowship of the Ring and movie footage viewable on your Game Boy Advance, you'll have everything you need to determine the fate of Middle-earth.