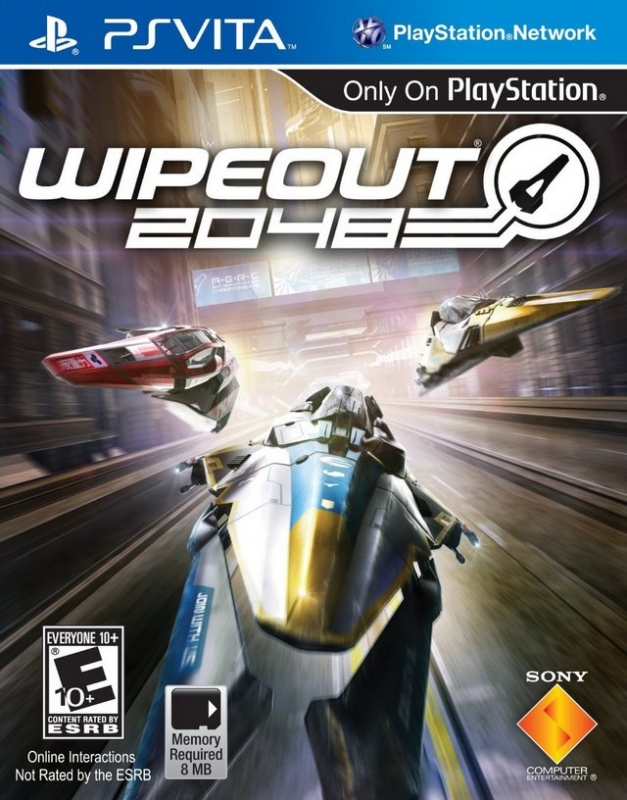 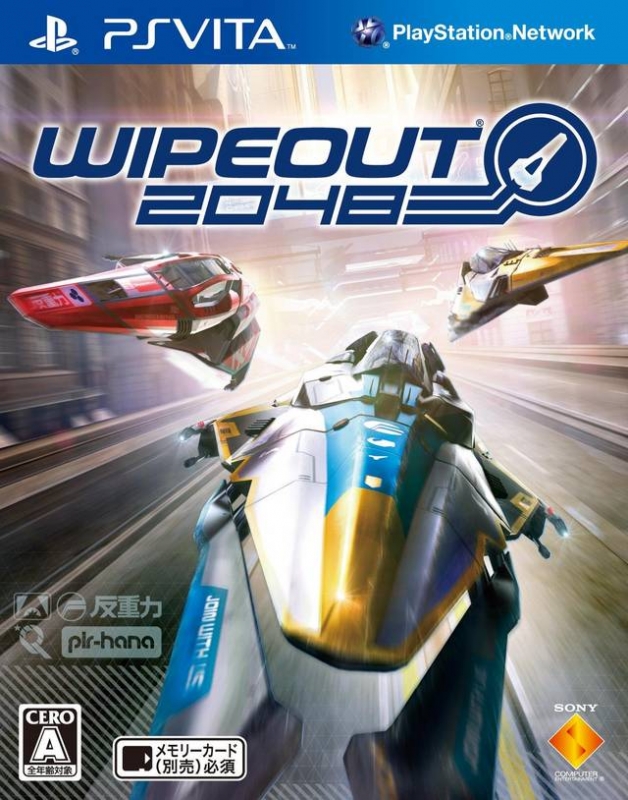 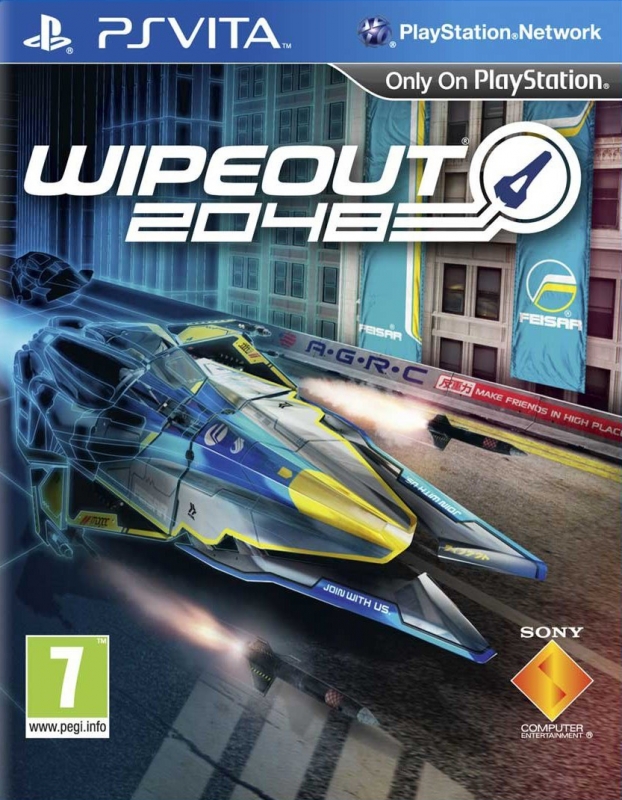 WipEout Pure and WipEout Pulse are two of the strongest titles in the PSP’s back catalogue. Indeed, they are in large part the main reason I own a PSP, so it was fantastic to hear that WipEout 2048 would blaze a trail for Sony’s latest handheld system, just as Pure did when it launched back in 2005 alongside the PSP.

The good news is it handles as brilliantly as any WipEout title should. The gameplay is intense and frenetic. Zooming around the tracks, winding in and out of corners without so much as scraping the barriers thanks to judicious use of the air brakes is exhilarating; you’ll feel like a WipEout pro when the track layouts start to sink in and you begin to anticipate the tight turns.

The bad news is that it’s a prequel. The intro sequence shows the transformation of motor racing across the generations and well into the future, and WipEout 2048 is the title that’s somewhat intended to bridge the massive gulf between the two visions of motorsport (in terms of art direction and track design at least – the vehicles thankfully remain untouched). The ultra-futuristic, slick track designs and purity of art style of past WipEout titles is initially replaced by a more muddled art direction. It’s half futuristic, half contemporary; race tracks are built around and through roads, parks, and gritty (read: grey and brown) urban architecture. The stunningly futuristic track designs on show in the year 2050 are noticeably better; they climb to great heights, feature massive drops, and offer up some gorgeous vistas. 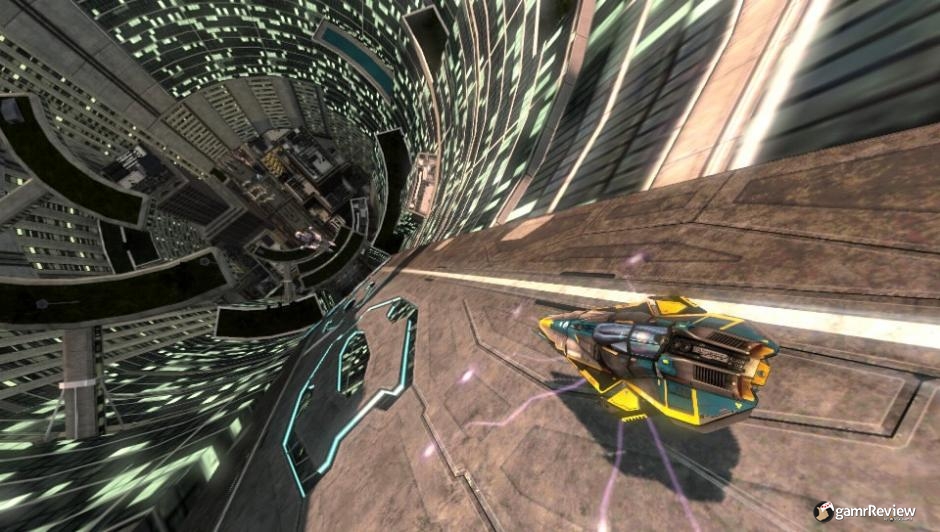 The art direction is questionable at times, but 2048 still looks fantastic. It’s easily one of, if not the best looking title currently available on the PS Vita. Like WipEout HD before it, it’s a great showcase for the graphical capabilities of Sony’s latest piece of hardware.

If the standard track designs are occasionally too muddied with shades of grey and brown then Zone mode is the ultimate antidote. This time around there’s a distinct 8-bit theme to it; a trend I’m not usually a fan of in modern gaming (to say the least), but it works fantastically here, transforming the tracks into stunningly bright, neon-lit colour trips. Zone mode is the best thing to ever happen to WipEout, so it’s great to see a strong focus on it in the campaign.

Naturally, a number of other race modes also return, including standard races, combat races, and time trials. As ever, time trials are weakest of the bunch, and Zone mode isn’t featured quite as heavily as I’d like, but the level of variety on offer is nonetheless an asset to the title. 2048 certainly has that ‘just one more race…’ addictive quality in spades, it’s just a shame that 2048 doesn’t feature any of HD Fury’s modes, nor does it contain any brand new ones (hopefully the canned Zombie mode is something that Studio Liverpool will consider releasing in DLC form). 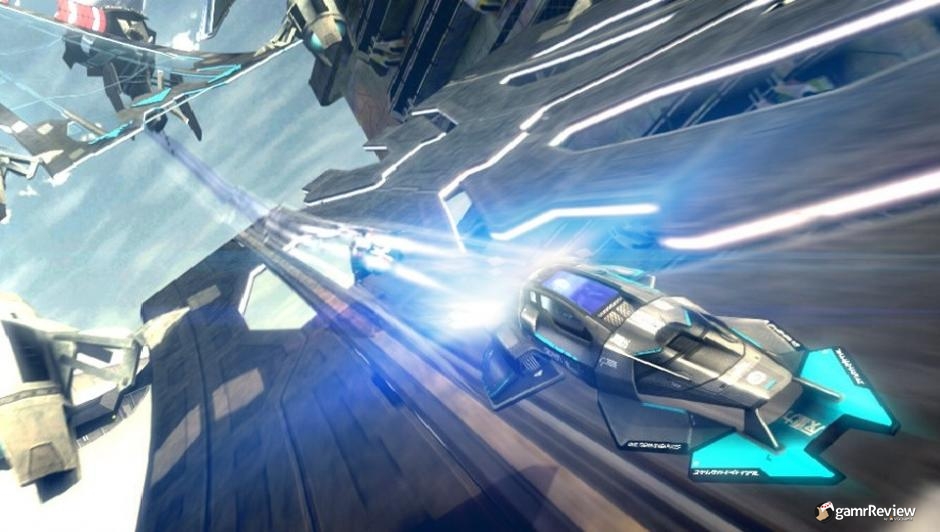 No new modes, then, but certain other changes have been made to the standard formula. The game supports touch-based controls, though the less said about their application to in-game racing the better (seriously, don’t even bother). Where they do shine is in menu navigation. It feels suitably futuristic tapping the screen to work your way through the menus, with little beeps confirming your selections. In-game, there are now officially two different types of power-up: green pads for defensive ones (speed boost, shields, auto-pilot, mines, etc.), and yellow pads for offensive ones (homing missile, quake, plasma, etc.).

A lot has been written about the loading times and they are indeed lengthy. Even after downloading the recent match it takes a good 30 seconds for races to load up. The music is standard WipEout fare, though with perhaps more dubstep than is typical. Still, there’s plenty of energetic techno if that’s more your thing, and it all fits perfectly with the game. The WipEout series has always had an almost-perfectly suited soundtrack and 2048 continues the high standard set by its predecessors. 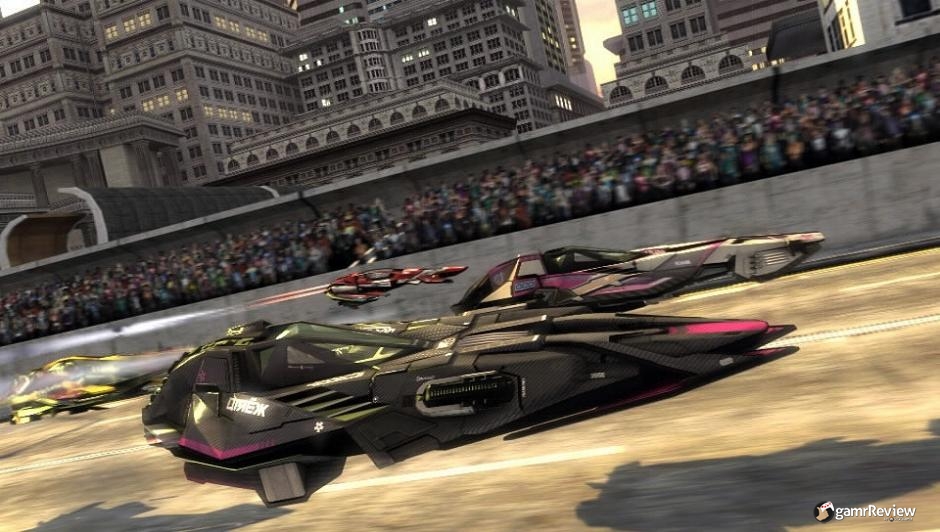 WipEout 2048 features both a single player and multiplayer campaign. The single player campaign features almost 70 events set across 3 years (2048, 2049, and 2050), featuring 10 unique tracks. It’s easy to get hooked on it and breeze through the campaign in just a couple of days, which is a testament both to the game’s innate addictiveness and to the short length of the campaign. It’s also surprisingly easy for a WipEout title; there were only a handful of events that I struggled with and even those were soon overcome after a few additional attempts. You unlock the tracks for speed runs as you progress but, oddly, there’s no free play/race option.

The multiplayer campaign is set up in a similar fashion to the single player one. You take part in online events against other people, but in order to advance through your campaign you have to accomplish certain objectives, rather than simply winning or finishing on the podium. These challenges can range from completing a race to hitting an opponent with a weapon. The multiplayer package also allows for ad hoc play, as well as cross-play against PS3 owners of WipEout HD Fury, both of which are nice touches.

WipEout 2048 makes a number of missteps - the art direction feels lacklustre at times, there are no new modes, and the single player campaign is both too slender and too easy for my tastes. But it’s as fast-paced, addictive, technically beautiful and enjoyable as ever, and an absolutely fantastic launch title. So whilst 2048 doesn’t offer WipEout perfection, it’s nonetheless the best of a dozen or so launch titles I’ve played thus far and an absolute must-have for any WipEout fan.


This review is based on a digital copy of WipEout 2048 for the PlayStation Vita, provided by the publisher.