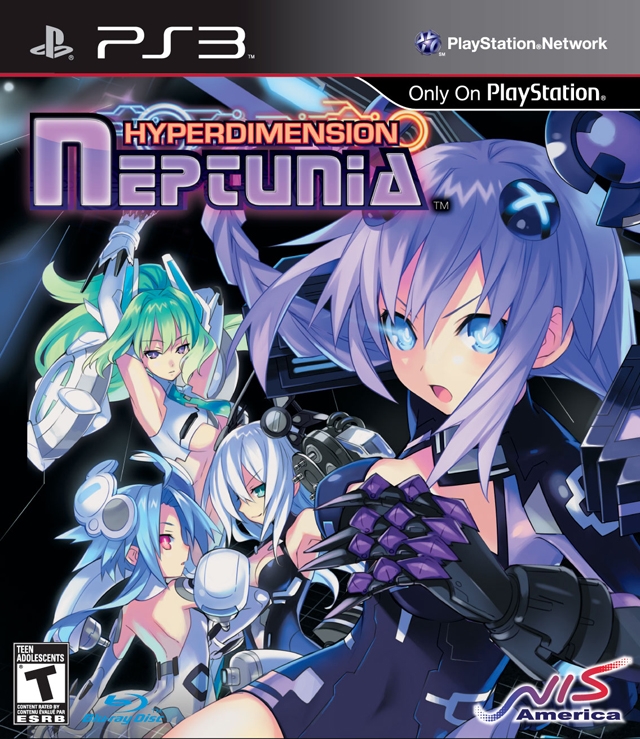 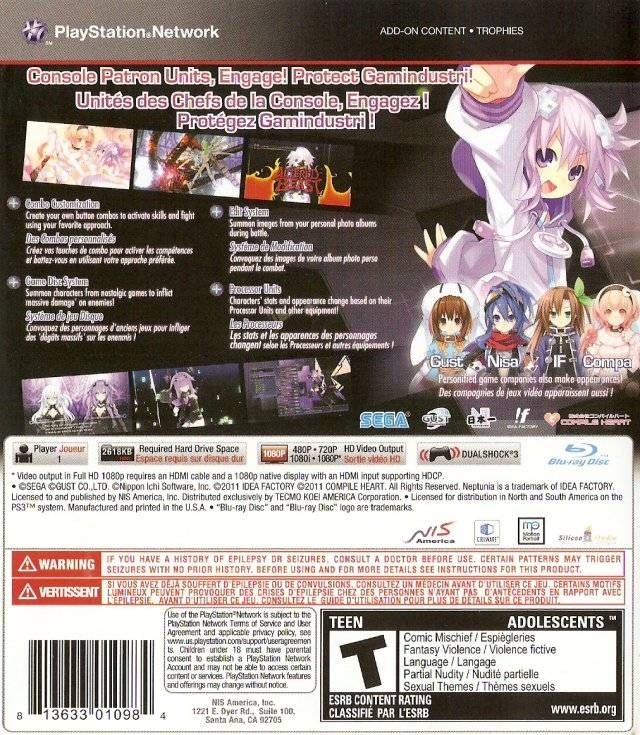 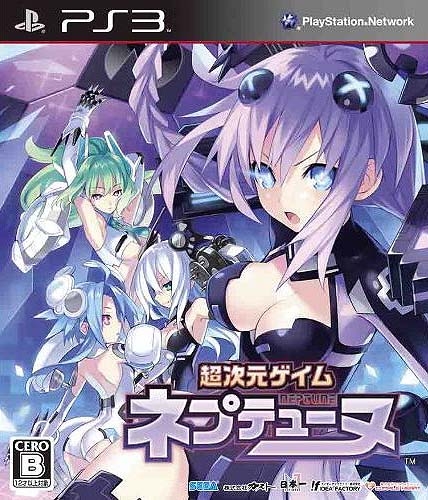 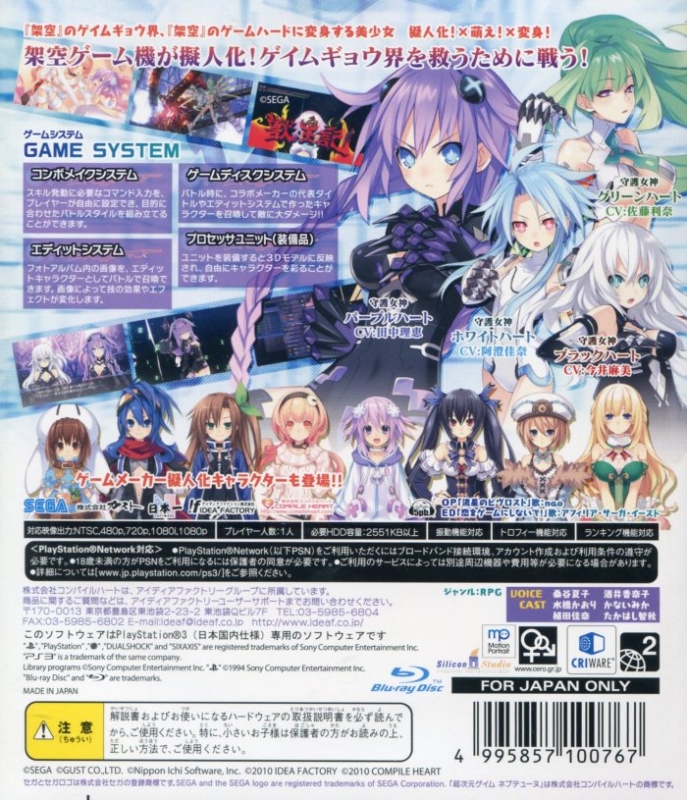 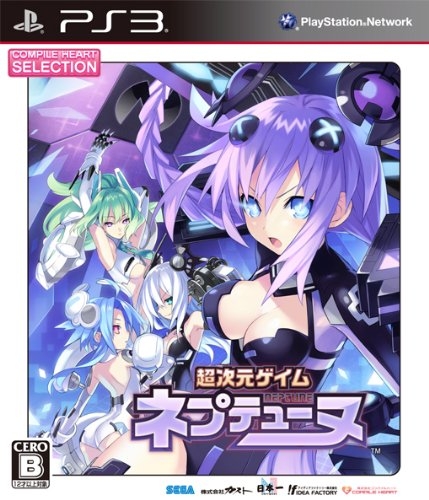 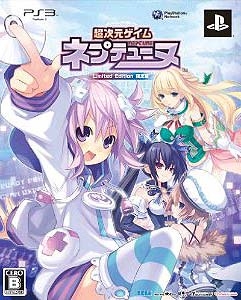 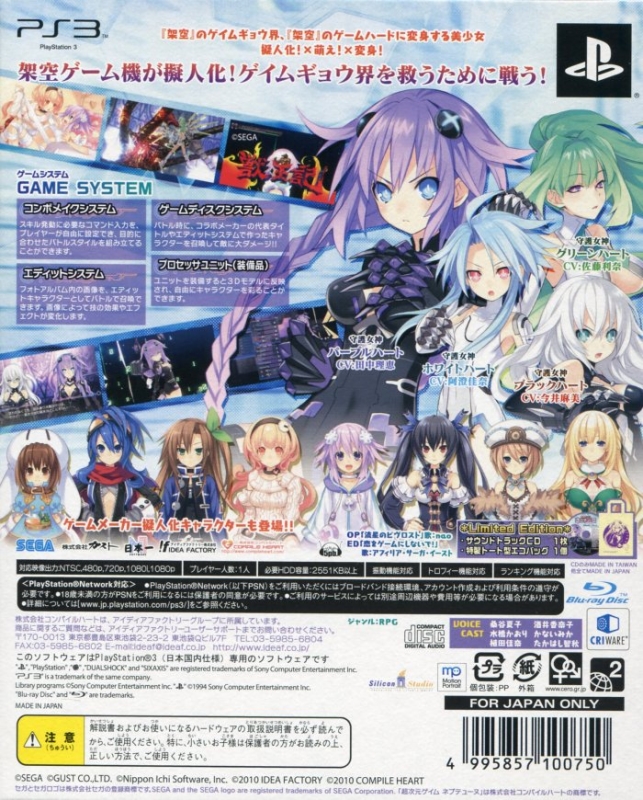 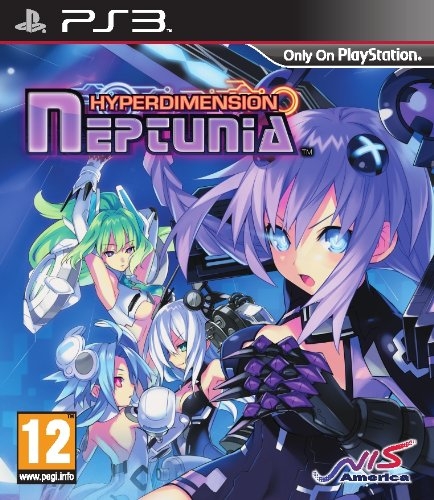 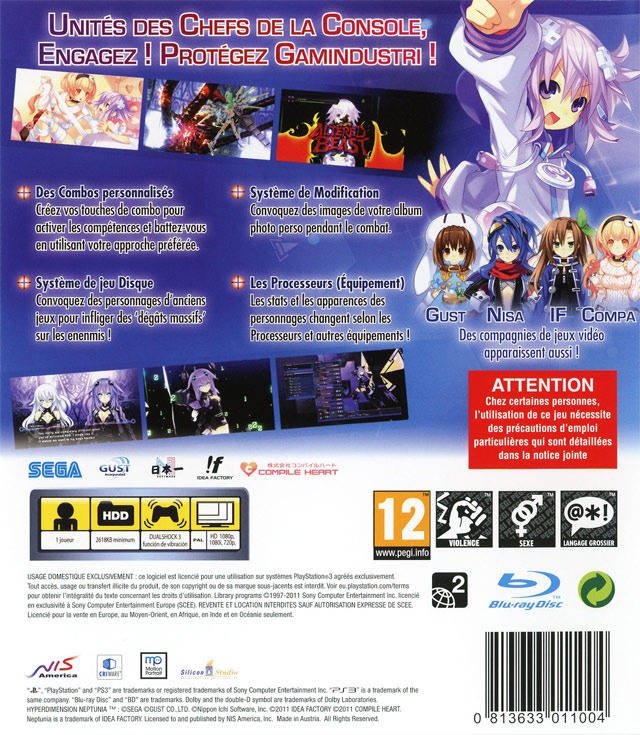 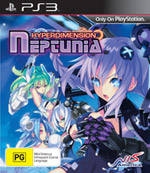 Proof that Japan still comes up with the craziest game ideas

In an industry that sometimes feels like it’s just going through the same motions again and again it’s nice to hear an idea for a game that’s surprisingly original. The concept behind Hyperdimension Neptunia is that you are a console in girl form in the subtly named world of Game Industri. With an idea that like that behind it, I couldn’t help but get a bit excited, even though it was the same publishers that had only been able to make decent at best PS3 JRPG’s in the past. Was my new found faith in them rewarded? Or did Idea Factory disappoint me once again? The general concept of Hyperdimension Neptunia’s story is fantastic, but the actual implementation leaves a lot to be desired. You play as Neptune (a Sega fan’s dream), who is one of the console goddesses, but has lost her memory when plummeting to the human world. She is contacted by a mysterious voice that asks her to travel the four realms of Planeptune, Leanbox, Lastation, and Lowee looking for Key Fragments. Each of these lands has its own console goddess and its own problems to deal with, so obviously finding these Key Fragments isn’t going to be straight forward. The four lands fit the consoles they are based off of quite well with Lowee being a land of fantasy while Lastation has a more serious steam punk vibe, but Leanbox being a medieval society didn’t really fit with anything I think of when I think Xbox, but perhaps I’m just out of the loop. Using the games industry as a fantasy setting for a JRPG is certainly a unique idea, but most of the jokes used with gaming in mind were ham fisted. Sure I appreciate them when the CPU for Lastation talks about how people say she “only does everything” but there were a lot of other times where the main characters just described something gaming related like a herd of blue hedgehogs passing by.

Gaming related puns aside, the funniest moments are definitely because of the main character Neptune. She’s a goofy little spaz with strange sayings kind of like if Recettear had been dubbed in English and really helps keep the funny rolling. All of the main characters are based off of either hardware companies or a small group of JRPG makers: Idea Factory, NISA, Gust, and Compile Heart. Sadly, the two JRPG company inspired characters the developers chose to use as Neptune's main companions were Compile Heart’s Compa and Idea Factory’s IF for obvious reasons since the game is developed by Compile Heart whose parent company is Idea Factory. These two are probably the weakest of the four and Gust and NISA are both much funnier, but are relegated to the status of side characters that can join the party as non-combat guests and show up in the story infrequently.

Battle and exploration systems in Hyperdimension Neptunia follow along with those of previous Idea Factory games such as Trinity Universe but with a couple twists here and there. Sadly, this means that exploration is pretty much limited to choices on a menu, but you get the freedom to explore once you enter a dungeon and can either run straight to the goal or search for the treasures, and fight an optional, more difficult mini-boss in each one. During exploration, each of the main characters has a special skill you can use to destroy barricades, call out monsters, or search for a hidden treasure. One issue with this system I had is that every once in a while the developers seem to forget that they put a cool down of around 20 seconds on the barricade destroying ability and they’ll put two or three in short succession forcing you to just sit and wait. You get the choice to do a plethora of side quests as well, but since these are presented with an extremely short back story in text only, they serve as little more than an excuse to level up your characters in another dungeon. The actual battle system is almost exactly the same as Trinity Universe as far as attacks go. Each character gets a turn and during that turn they are given a certain amount of AP depending on their level to do with what they will. The enemies all have health points and guard points and by taking down their guard points you can do more damage for a limited amount of time before it replenishes. Triangle, X, and Circle buttons are all attacks. Triangle uses the character’s weapon to attack, circle is another physical attack but without a weapon, and X is a magic based ranged attack. There isn’t much difference between the Triangle and Circle attacks, but the magic based attacks use a separate stat to base their damage off of and are only really useful with Compa. Which combo skills you use are based off the order you use the three attacks, but unlike previous games you can assign these special moves to whatever button sequence you want. This gives you a bit of strategy in the preparation which is much needed when the actual battles play out the same again and again.

Based on how you prepare your combinations, you have a couple of different choices at the end of each four attack series. You can either continue the combination to rack up more hits and damage, switch your character with one waiting in support, or transform Neptune to her CPU or goddess mode. I never really figured out how the switch would be useful since I only ever had 3 characters and 3 spots to put them in so putting one in support would only give me fewer characters on the field. Transforming Neptune makes her more powerful until the battle ends or she dies and comes with a new set of equipment to choose, but some of the CPU specific stats were confusing. Each piece of equipment gives me numbers for Memory, Clock, and Heat but the tutorial only mentions these exist and never mentions what they mean or how they affect the battle system. Thankfully it apparently never came into play since I beat the entire game without a clue what they meant.

If preparing and assigning your combo skills isn’t enough to get your strategic juices flowing then maybe the item skills will be. Hyperdimension Neptunia uses one of the strangest systems for recovery item usage I have ever seen in a JRPG. Instead of collecting potions that you can use any time you want, your character gains item skills which act as little programs with a When, Who, Why, and Effect and cost a certain amount of up to four different materials. An example would be IF’s Green Grass which activates upon taking damage, and if she is below 50% health she will then heal herself for 30% for a cost of 5 “Reflex”. This doesn’t just happen every time she goes below 50% though, because you have only a certain number of item skill points at your disposal which determine the likelihood of any given item skill occurring. Let’s say you have 200 points, you can either make two item skills 100% likely so you can count on them happening every time, or four item skills 50% likely. You can also pause any time you aren’t in the middle of a combination in battle and change the distribution of your item skill points allowing you to adapt somewhat. This is an interesting system once you get high enough in level that you have a reasonable amount of choices, but even then it still only comes into play during the less frequent and more difficult battles.

Presentation is an improvement in most areas from the last Idea Factory game, and they seem to be getting a better handle on the 3D portions in particular. Dialogue is still done in the talking head format with mouths that move independently of the person’s body but they seem to blend in more than they did in Trinity Universe and don’t look like a mouth pasted onto a random breathing anime character. There are also a greater variety of still shot expressions for the characters, but it still looks off if the character has a line that changes mood in the middle because they keep the same expression for the entire thing regardless.

Dungeon crawling looks notably better as far as character detail goes, but the dungeon design is far less interesting aesthetically. You travel through the standard castles, caves, and forests and none of these feel as kooky as going through a high school in Trinity Universe. The dungeons do have a bit more of an open feeling though, even if they’re still the exact same corridor based affair as the last game. It still isn’t up to the standard 3D graphics in modern console gaming but it’s definitely a step up.

Voice acting was surprisingly good for all the main characters with none coming off as annoying in the English voice-overs. Compa is the closest any of the main characters get to an irritating voice, but it is overwhelmingly counteracted by the competent like IF and Black Heart (PS3 personified) or the often hilarious like Neptune and White Heart (Wii personified). There’s just something about that little kid calling someone a pooper scooper that makes me giggle at the ridiculousness of it all. The music isn’t terrible and never got on my nerves, but it is almost surprisingly repetitive. I can’t honestly recall more than three songs being played over and over and over again. Maybe one day Idea Factory will release an OST for the game so I can see proof that there are more songs than that. Hyperdimension Neptunia took me 31.5 hours to complete all the way through, but there were still a plethora of side quests left and grinding to do for anyone who finds the desire. There aren’t any difficulty levels or choices throughout the game so I don’t really see much if any replay value other than the standard new game plus. This allows you to take your overpowered team of girls through the story again from the top with what seemed from my brief trial to be at least slightly more difficult enemies. It’s a reasonable value for a JRPG but I feel like the developers should have released it for a slightly discounted price like 3D Dot Game Heroes or Last Rebellion.

When all is said and done, Hyperdimension Neptunia is a slight improvement on Trinity Universe but it still only manages to be a decent game. The item skill system is interesting and gives some much needed strategy, while Neptune provides the laughs, but the setting seems underutilized and the value is a bit weaker. A part of me wishes that Idea Factory had given this amazing idea off to another publisher, but that’s unfair. Their efforts are improving and I really wish them the best of luck in their next project. Maybe next time they’ll finally strike gaming gold, though they might never again have an idea quite as unique as this one.