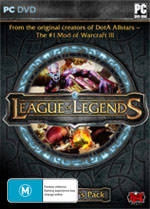 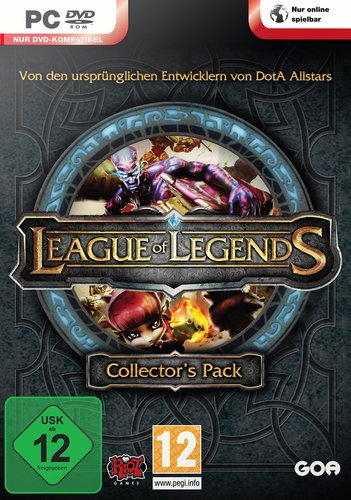 DotA step aside, there's a new strategy game in town and it may be here to stay.

Sometimes the best games aren’t brand new ideas, but a refinement of those that already exist. League of Legends is one such game. Many PC strategy fans will be familiar with the popular Warcraft 3 mod Defense of the Ancients, or DotA for short, which has recently inspired many full retail titles including Demigod and the upcoming Heroes of Newerth. League of Legends, however, just might be the best of them.

There’s not really a story to League of Legends - at least not yet. There is promise of an upcoming single-player built in the style of the tutorial that will let you play against bots, but that’s not what the game is really for. League of Legends, like the game it emulates, is all about competitive online multiplayer.

Anyone who’s familiar with DotA will be able to jump into League of Legends confident of the controls, gameplay, and strategy, but if you’re not, it might seem a bit overwhelming at first. There is a tutorial, but while it will get you familiar with the basics you will probably find yourself getting destroyed online for a while until you get the hang of things.

The basic idea of DotA style gameplay is to conquer your enemy’s base while defending your own. Along the path between the bases are various towers – some yours, some your opponent’s. Additionally, minions which you cannot control will spawn at preset intervals and try to attack the enemy towers and base. Your goal is to take control of a single champion, who you’ll play as using a mix between standard 3rd person action RPG controls and RTS controls, and support your minions in destroying your enemy’s base.

This all sounds quite simple, but in reality has a very complex set of tactics and strategy unlike any other type of game, which is undoubtedly how DotA become so successful in the first place. Every champion functions in a completely different way, with different moves. Choosing the right moves as you level is vital to success, but there’s more. You need to be careful about what path you pick, how you support your minions, what gear you buy for your champion, what potions you buy, and of course your strategy in confrontations with enemy champions.

Aside from the micromanagement, the other key component to success in League of Legends is the ability to think, react, and attack skillfully and quickly during combat with other champions. Correctly utilizing your abilities and potions is extremely challenging, and requires a great deal of twitch gaming skill if you're going to compete online. Most players find a couple of favorites and stick with them.

The really important thing though, of course, is for League of Legends’ gameplay to stack up to the other games of similar types, and it absolutely does. While there aren’t as many champions as there are in DotA, the balance here is pretty good, if not perfect. The maps are well-designed, and a lot of effort has been put into making each champion unique.

Additionally, players can customize their champions quite a bit via two systems - runes and mastery points. Runes are items you can equip on your champion to boost their abilities in offense, defense, support, or moves. They can be purchased in the online store once it launches. Mastery points work like World of Warcraft talent trees, and let you pick ways to enhance your champion’s abilities in offense, defense, and support. Mastery Points are gained as you level up through playing, and they can be spent as you see fit. They are not permanent changes, and you can redo them if you want to try a different strategy with your champion.

While all of this is available to you for free right now, soon League of Legends will launch its online store. The store will be where you purchase/unlock champions and runes. This will be done through two possible sources of currency. The first is influence points, which are earned by playing. The second is riot points, which can be purchased with real-world cash. Runes will only be purchasable with influence points, but characters can be unlocked with either.

League of Legends currently offers 38 champions. Once the store launches that will be reduced to 10 champions per week in a cycle, available for all, plus any champions you have unlocked. You can of course eventually unlock all 38. Those with the Digital Collector’s Pack will get 20 champions right away, as well as 4 summoner runes and $10 of riot points to spend in the store. The only piece of content completely exclusive to this paid version is an exclusive skin for the champion Annie. Everything else in League of Legends can be acquired completely free of charge for those dedicated enough.

Visually, League of Legends is pleasant looking, but not impressive. This is largely on purpose, to keep the system requirements within range of those who don’t have beefy rigs but want a much more polished experience than DotA. That said, everything is colorful and vibrant, and the champions have a lot of character. The music is solid and appropriate, as are the sound effects for the abilities. The repeated phrases will probably wear on your nerves a little bit, but it’s not too big a deal.

There’s a ton of value here for a free game, and even if you are going to pay for the collector’s pack you’ll easily get your money’s worth. It’s not quite as expansive as DoTA yet, but is the kind of game that will be supported for a long time to come with new releases. How much time and money you put into League of Legends is completely up to you. Some people may only play for a week. Some people may play for the next 5 years. Either way you risk nothing by trying the game out.

League of Legends is an impressive package, and offers the first real opportunity to upgrade from DotA to something more polished and balanced. That said, if you are new to this style of game, be warned that the online community is completely unforgiving to new players – even insulting at times. Playing a good number of practice matches to get used to things is a must. There’s still a lot of work to be done in maintaining balance, getting the store up and running, and the long-term job of supporting the community, but League of Legends is a great package and not something strategy fans should miss.