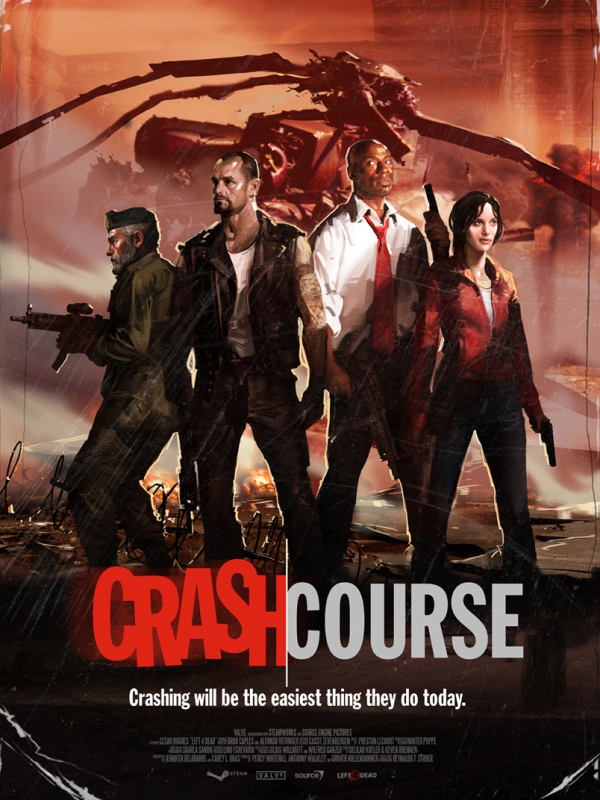 Be careful what you wish for.

I’m pretty sure the Left 4 Dead 2 boycott group wanted free updates for Left 4 Dead (and it is free if you own the PC version), so this 560 Microsoft Points (~£4.75/$7.00) package doesn’t quite fit the bill. Nonetheless, if this is what the boycotters were wishing for then they should have thought again because this is a DLC pack which falls completely flat.

The bulk of Crash Course consists of a new campaign, although it’s an incredibly short one (just two maps long, compared to the usual five). The campaign itself takes place shortly after No Mercy, at the end of which the survivors managed to board a rescue helicopter. What Crash Course reveals is that the pilot of said helicopter was actually infected. The survivors were forced to shoot the pilot and the helicopter crash landed (although I must say the wreckage doesn’t look convincing at all). You'll hear about this from the Survivors themselves as they perform new chunks of dialogue, and it’s clear quite a lot of new dialogue has been recorded specifically for Crash Course, which is a nice touch. 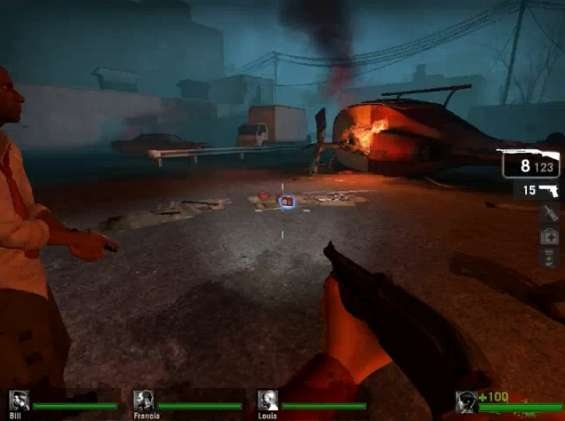 The gameplay from Left 4 Dead remains almost completely unchanged, so you work your way through the maps killing zombies and special infected in exactly the same way as before. Again, you can play either single player with AI bots as your teammates, split screen with another player on the same console, or online with other users. Both maps are also playable in versus mode. One thing I did notice is that it seems as though the AI bots are slightly more useless on Crash Course than on the other maps. Sometimes in the other campaigns you might get pounced on by a hunter or strangled by a smoker when you’re standing right next to an AI teammate and he/she won’t come to your aid immediately – very frustrating – but here it seems almost commonplace for the bots to react in this way.

The one area of gameplay which has been mixed up slightly is the finale. The second of the two maps is a finale where you have to power a generator, which in turn lowers a reinforced truck for you to clamber into at the end. There is one slight twist to this in that you’ll be required to restart the generator at some point during proceedings. Given that the generator is positioned in a vulnerable spot out in the open this can bring into play some interesting teamwork dynamics. It's not a major change by any means, but at least it manages to bring something slightly new to the game ahead of the sequel. 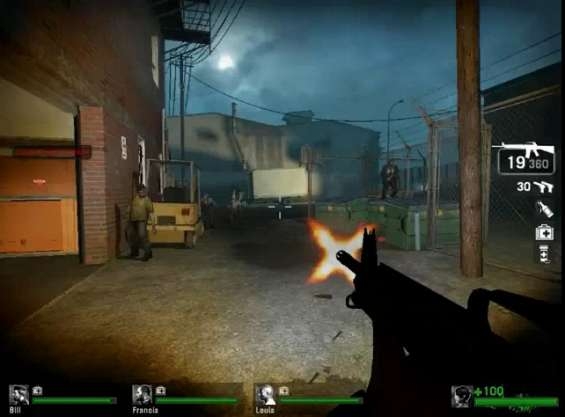 The maps themselves are quite bland, making Crash Course easily the worst of all of the campaigns in my view. It takes you through an industrial landscape, filled with storage containers, trucks, abandoned cars, and various manufacturing/industrial buildings. It’s a campaign which lacks personality and doesn’t really stand out as unique in the same way as all of the others do. There’s also a lack of polish overall. For example, I found myself walking through objects I really shouldn’t be able to walk through, like car wreckages and boxes, and there’s a surface at the start of the first map which is just completely blank. This lack of polish unfortunately pervades Crash Course.

For your 560 Microsoft Points investment you get the mini-campaign consisting of two maps, which should take about 30 minutes to complete the first time through. Given the replayable nature of Left 4 Dead you’ll probably want to play through it a few times, as well as try it out in versus mode. Crash Course also includes two additional survival mode maps and 250 achievement points. The achievement points are probably the main attraction here – Left 4 Dead had some great achievements and Crash Course stays true to that tradition. Unfortunately, for many users (including myself), the achievements can only be unlocked offline at present because of a bug which prevents them unlocking in online matches. Given that Crash Course and its achievements are meant to focus on online play (particularly versus mode), this is a real shame, and hopefully it will be fixed soon. 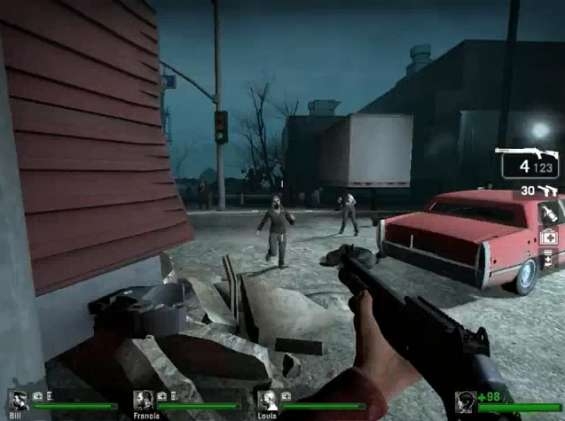 I was looking forward to this DLC, both in order to get my hands on some much-needed additional campaign content for Left 4 Dead and to get a fresh batch of Left 4 Dead achievements, but now that it’s actually here it all feels rather pointless. The two levels which make up the new campaign are far too short and bland to hold your attention for long by themselves, the DLC is riddled with minor bugs, and the campaign as a whole feels rushed and unpolished. On top of all that, 360 owners are being charged for content that PC owners get for free. I wouldn’t recommend Crash Course unless you’re either desperate for a couple of extra Left 4 Dead levels or you’re an ardent completionist. Roll on Left 4 Dead 2 I say.