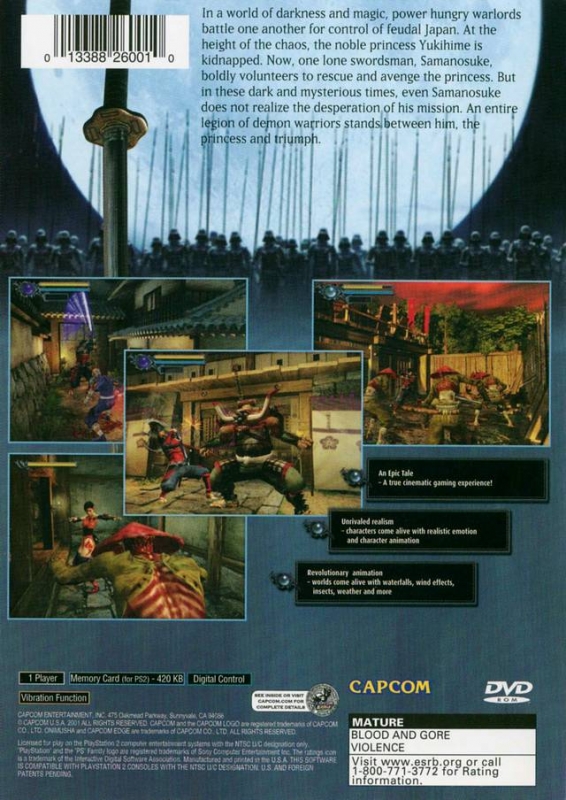 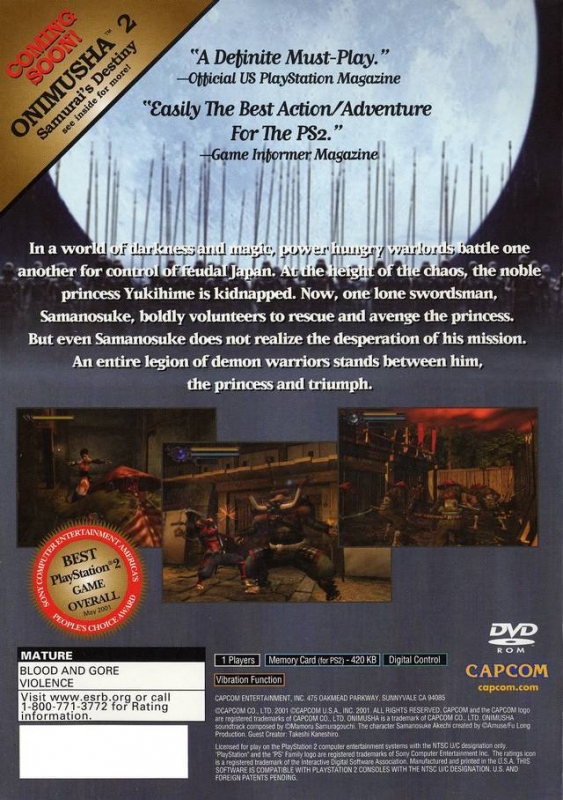 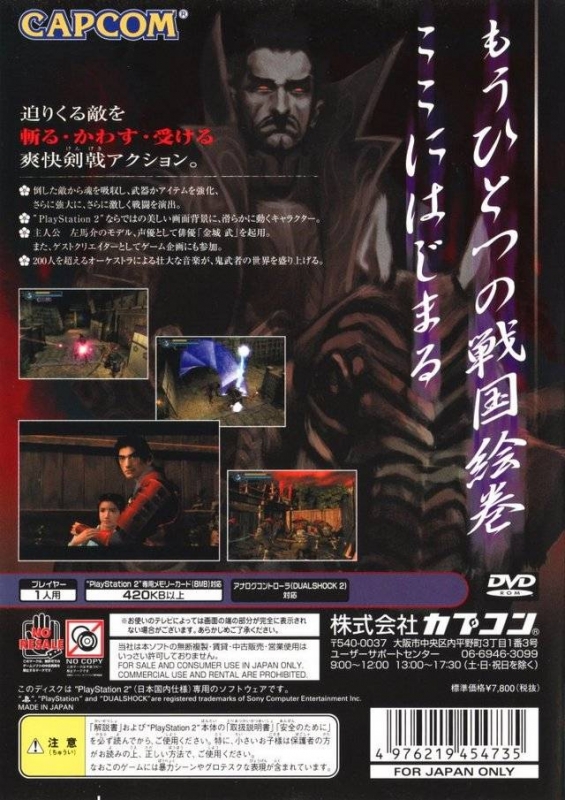 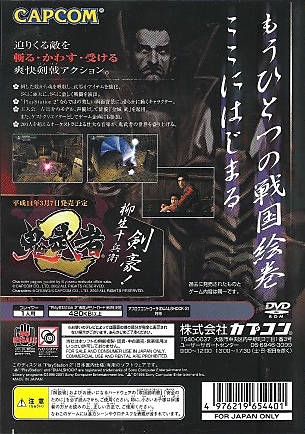 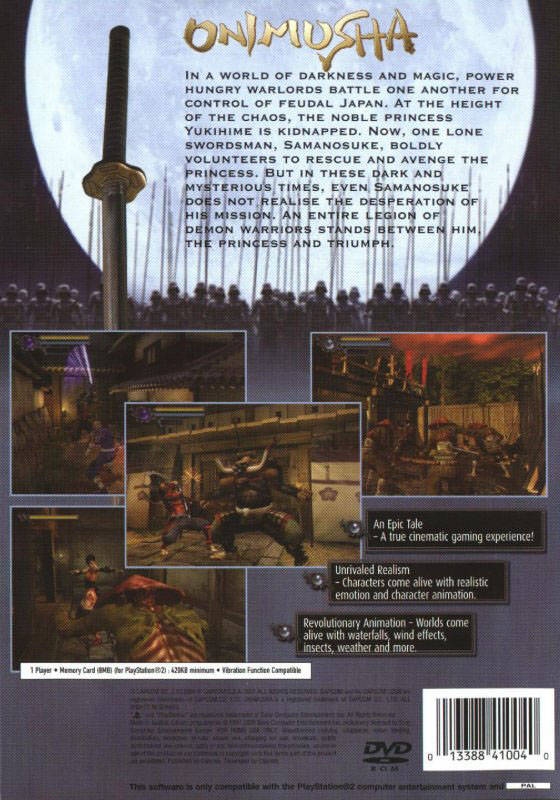 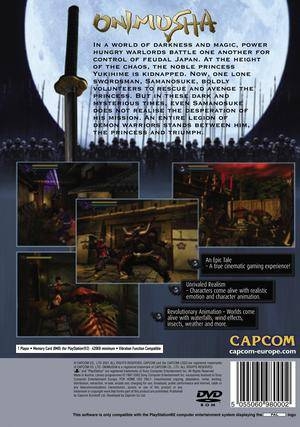 The setting of the game takes place in the Imperial Age of Japanese history, where dynasties held power until the next coup would replace them. Enter Samonosuke, the heroic samurai of an honorable Japanese army. However, the evil Nobunaga is a serious threat to the powers of the land, and his plan for dominance is unfolding.

The story itself is decent, and pretty much only serves to bring you to the next “objective”. The dialogue is really cheesy too. There were many times I caught myself rolling my eyes. Early on, you realize you must save the princess, which is the main goal. I noticed that Capcom adapted the strategy that they used for Resident Evil and Devil May Cry, and that is by limiting the scope of the game to narrow passages in order to focus on graphical detail for the characters, and it shows. Your main character, Samonosuke, is fairly well detailed, although the enemies are kind of “sharp” at times. The menu presentation is bland, but it is simple and gets the job done. The effects from magic attacks look pretty cool as well. There are cutscenes, and they are animated pretty well. They add to the experience, rather than detract from it. The music is nothing to write home about. It is fitting, with some favorable themes.

You attack with the [_] button and use magic attacks with Δ. You can slightly alter your square attack by pressing R1, but it isn’t too deep. You block with L1 and make a 180-turn a la Resident Evil with R2. Oddly, you cannot move with the analog stick, which really hinders your fighting performance at times. You get used to the D-Pad, but the lack of analog was a weird omission. You attain different swords throughout the game, and they swing differently, but it really just comes down to jamming square to attack. There are also a few other weapons as well besides the swords. You collect different orbs by using a gauntlet. These orbs recover magic, health (vitality), and points for upgrading your weaponry. Think God of War….before God of War.

There are times where you must switch gameplay over to a female ally, Kaede. The pacing remains the same, but she is underpowered as opposed to Samonosuke, and the change in strength makes playing her a dreadful affair. The enemies themselves aren’t too difficult, and neither are the bosses, but the enemies can get annoying. The one that comes to mind the most is a pink regenerating tentacle monster. They eventually return in areas where they have already been defeated as well, so you see them a lot.

The game is only about 6 hours along (according to my playtime), so it isn’t a time-consuming affair. But seeing as to how it only retails for $3.99 now, people who missed out on the series wouldn’t be losing much by starting now.