Tower defence with a shooter twist.

Toy Soldiers is a tower defence game, set during World War I, in which you actually get to take control of your defensive structures (and a handful of offensive units to boot). That’s really Toy Soldiers’ unique selling point, and it certainly makes for a more interactive experience than tower defence fans will be used to, but it’s not without its flaws and the hefty 1,200 MS Point price tag is probably the biggest one of all.

On the surface, Toy Soldiers is a simplistic tower defence game. The map is a large 3D battlefield, and your objective is to defend your toy box from waves of enemy forces that will advance across that battlefield. To do this, you build defensive structures on designated areas along the path towards your toy box. The idea is to build an effective and balanced defensive line-up using various combinations of anti-air, anti-infantry and anti-vehicle structures, based on your knowledge of the upcoming enemy force. 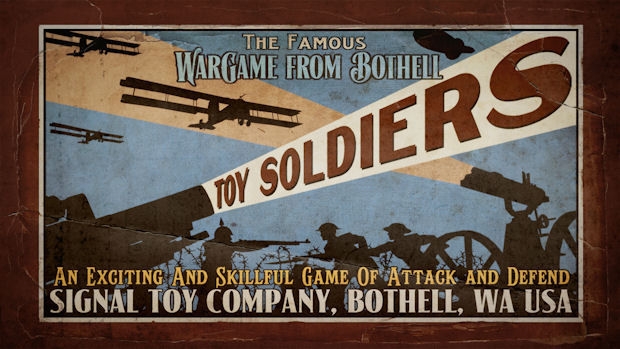 As is common within the genre, you can also upgrade each of your structures (providing you have enough money to do so). Upgrades are acquired over the course of the campaign, allowing you to ‘level’ your existing structures when you make enough money. You gain money naturally throughout each level as your structures destroy the enemy waves, but you’ll make even more if you actually take the reins yourself.

This is where Toy Soldiers sets itself apart from most tower defence games. Usually, the player selects the relevant structure and then places it on the map, and you’ll spend a lot of your time doing that here as well. However, if you opt to hop onto one of your weapon emplacements yourself, then not only will you be more effective than the standard AI, but you’ll also rack up multipliers and earn much more money, allowing you to upgrade, repair and replace your structures more effectively. Not only that, but you can even go into first person view and take control of the shell itself if you so desire, directing it towards the target(s) and then watching the explosion. 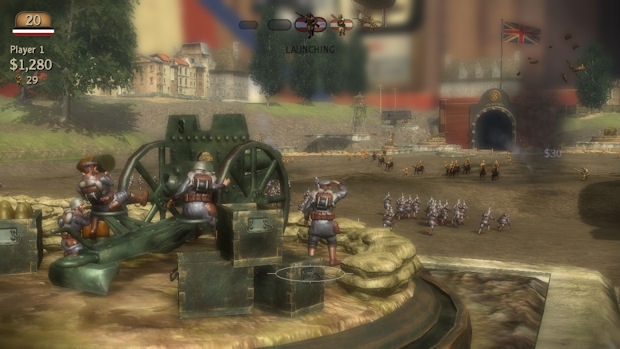 Effective time management is a crucial part of Toy Soldiers. As if maintaining an effective defensive set-up and manually controlling individual structures when the need arises isn’t enough, often you will also be able to take control of a tank or aircraft and actually head into the fray. Aircraft come with a machine gun and bombs, whilst the tanks have a main cannon and a secondary attack which consists of either poison gas or flamethrowers.The tanks crawl at an excruciatingly slow pace, and there’s an annoyingly short timer on them which means they blow up if you leave them to manage your weapon placements and don’t return within 10 seconds. But despite this, diving head-first into the action is enjoyable.

The ‘action’ aspects of Toy Soldiers can’t compete directly with the likes of [url=http://www.vgchartz.com/games/gamereviewdisp.php?id=31376]Battlefield 1943[/url], which was recently released on XBLA and PSN, but it gives the game an added level of variety and change of pace which you just don’t find in most tower defence games. If you’re not a dyed-in-the-wool tower defence fan then Toy Soldiers might just be your route into the genre. 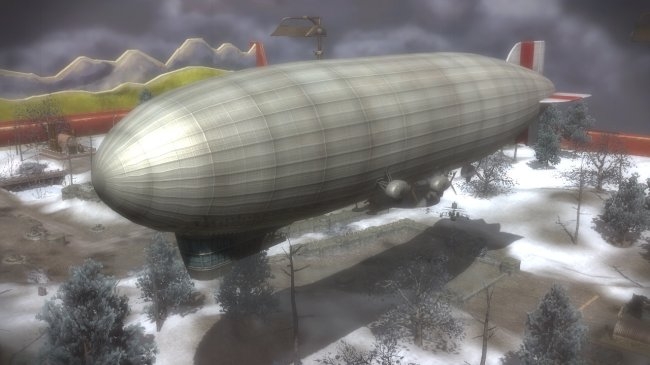 The campaign is loosely based on some of the major battles of the First World War, although the battlefields themselves are, of course, not replicated. The art style throughout is reflective of the era, from the old fashioned posters which make up the dimly lit and lengthy loading screens, to the slightly faded edges of the screen and muddied battlefields. I wasn’t sold on some of these inclusions, but the graphics are fairly strong for an XBLA game – the battlefields are large and detailed (although not especially varied, and the areas marked for your structures are very restrictive and limited), there’s plenty of destructible scenery, and the boss enemies are absolutely genius. Boss battles consist of huge vehicles which appear at the end of a handful of the levels; from an impenetrable hulking tank to a massive zeppelin, all look fantastic.

Toy Soldiers’ campaign consists of 12 unique levels and a handful of image stills which detail the progress of the war. The campaign is biggest draw, but there’s plenty more content on offer if you don’t mind re-visiting some of the maps. Once you complete each level, you unlock Elite difficulty for that level, which is the hardest difficulty level in the game, forcing the player to manually control defensive structures without the aid of the AI. Once you complete the campaign itself you unlock a "New Game+" feature with added stages and units, as well as a survival mode. There are also collectibles in the form of Ration Tickets, which you acquire by completing bonus objectives during the campaign levels. 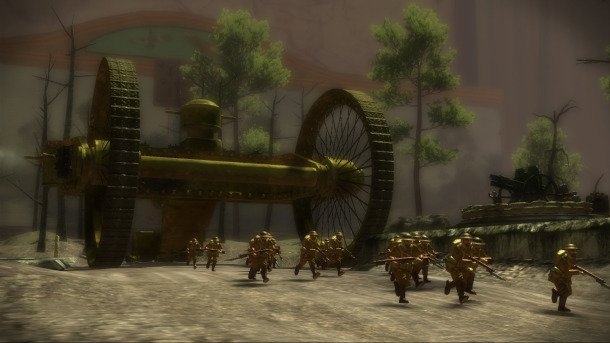 The final chunk of content comes in the form of multiplayer (both online and local). Here you both set up your defences on opposite sides of the battlefield and defend against each other’s waves. In multiplayer you also have the option of purchasing waves of units to attack your opponent. This aspect of the multiplayer game is a great inclusion and it’s a shame that it wasn’t incorporated into any of the single player missions. The multiplayer isn’t without its flaws (for example, you really shouldn’t be able to fly your own aircraft into the enemy toy box and have it count as a point) and you’re highly unlikely to get hooked on it, but it’s been well integrated into the game and it’s at least worth playing a handful of times.

At 1,200 Microsoft Points, however, this is an expensive XBLA title and not great value for money. Had it been 800 Microsoft Points I would have felt much more at ease recommending Toy Soldiers. If price and value for money is a sticking point for you, then you may want to hold off on purchasing this title; although there is a lot of replay value here it often revolves around re-treading already explored content, albeit in a slightly different manner. On the other hand, if you think 1,200 Microsoft Points is a price worth paying for a solid tower defence title with a unique focus on getting involved in the action and some great boss battles, then you know what to do, right?