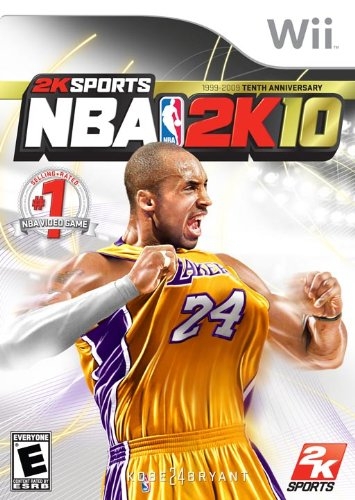 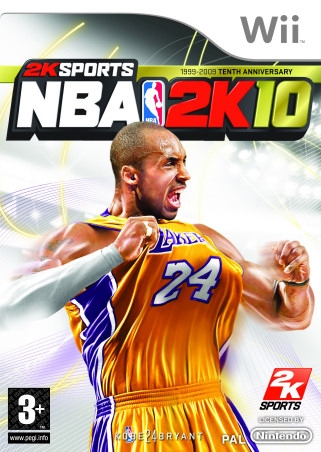 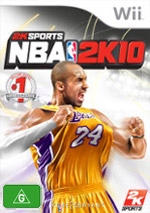 The Wii's first NBA 2K installment proves that graphics can be detrimental to gameplay.

Once again, football season in America is drawing to a close, shedding all of its attention and media enthusiasm and giving way to basketball to take its place as the sport to follow. With another basketball season comes more annual basketball video game action from 2K Sports, with the highly acclaimed NBA 2K series finally returning to a Nintendo console after a seven year hiatus. If you haven’t been keeping up with the franchise much during that rough seven year period, then this is likely a great place to jump in. However, if you’re a seasoned veteran of the series and find yourself curious to see what the Wii effort brings to the table, be warned, as 2K10 is full of surprises – both good and bad.

Everyone who buys the latest iterations of sports titles do so for one very simple reason –challenging and well coordinated gameplay. Sure, you can jam-pack the game with an assortment of bells-and-whistles, but no matter the modes added or the astounding visuals the developers slaved over, all of this is essentially resting on the title’s gameplay. I point this out because unfortunately the gameplay in 2K10 ultimately takes a back seat to a few of the added bonuses. Don’t take this the wrong way though, because gameplay is by no means abysmal – it’s just integral that you know that what we’re getting this year puts a precedent on features more than anything else.

2K10 gives you two options for controls: the default Wii Remote and Nunchuk combo and a Classic Controller option, with the latter edging out the former in a few key respects. The Wiimote option works in that it doesn’t fall into the common trap of overly using gesture commands: basic maneuvers such as dribbling are handled simply with the Control Stick and passing via a tap of the A button (flick passes can be delivered with a quick Wiimote gesture in addition to the button tap). Other maneuvers, such as swatting the ball on defense with a horizontal Wiimote flick, aren’t always 100% responsive, and to a lesser extent, the same fault can be said for shooting as well. When the controls work as they were designed (a majority of the time), it truly feels rewarding, but it would have been great to see Wii MotionPlus support integrated to iron out some of the kinks, while perhaps even adding a bit more depth to certain moves. Of course you can bypass any control difficulties that you would otherwise face with the Classic Controller option, but then again, you’re playing the Wii version, right?

Perhaps the biggest annoyance in the controls side of things is that there is little information on how to pull off any of these moves off in the first place. To shoot, you must raise and then swing down the Wiimote in a timely manner, but for first time players these directions are nowhere to be found. Instead, the game just says to “raise the Wii Remote to shoot”, which will result in a missed shot, or no shot at all, leaving you very curious as to why your team is seemingly shooting incorrectly. Only if you open the game’s manual or play in practice mode will you find the correct shooting directions. Likewise for the Classic Controller, sans the manual option. All of this will very likely be easily ignored once you’ve finally gotten the grasp of gameplay; you just shouldn’t have to wander around aimlessly to get there.

On all other fronts, especially in quite a few of the technical aspects and TV-like aesthetics, the title is nothing less than stellar. If you’re not keen on the default camera position, then you’re free to choose from 13 other angles, all of which give you customization options, down to each particular camera angle’s different levels of zoom and height. Games are presented in the most TV-centric fashion I’ve ever seen for a sports game, with game-specific stats, player, and team analysis graphics popping up here and there (mostly during moments of downtime) just as they would in real life. To top it all off, the game possesses some of the best commentary I’ve ever heard in a sports title. The commentators never seem to run out of things to say, always ready for what feels like just about every situation. Easily one of the most unique and respectable aspects of the game is that if your Wii is connected to the internet, the game will toss in real-life commentary and statistics based on whatever it is the game is talking about that relates to real basketball. For example, if you play a game with the Lakers and Hornets, you may hear an announcer talk about how the two teams have fared against each other so far in the 2009-10 NBA season through a feature called NBA Today (more on this in a bit), and bring in a few graphics to go along with the information.

Not all is well on the presentation front, however. After nailing so many of the core elements that would make 2K10 a surefire contender for best sports title for Wii in 2009, the ball was completely dropped when it came time to develop any sort of pleasing visuals. To put it bluntly, the title offers some of the worst effort I’ve ever seen in a Wii game in the visual department, because there is nothing stopping the archaic movements, horrendous textures, and cardboard box crowd from drawing eerie visions from sports games that date back to the early PS2 days. It all stands in complete contrast to the realistic atmosphere and TV-esque eye-candy that glows off of everything else in the game, to the point where it’s almost detrimental to gameplay. Even the confusing and cluttered menus promote the feeling that this part of development didn’t receive the time and care that it wholeheartedly deserved. If you subtract these presentational blunders, there really would be very little to dislike about NBA 2K10. Nicely integrated Signature Style animations that allow in-game players to act like their real life counterparts are all but lost in this unfortunate mess.

If you can attempt to hurdle past all of the aforementioned visual miscues, taking the time to look at just how much content present is astounding, all of which is completed by the new My Player Mode. My Player Mode is a lot like many of the other rise-to-fame modes that have been popping up in many other sports titles these days, and it’s nice to see what is basically their equivalent in 2K10. Your player can be customized to your liking in limitless ways, from his appearance to his free throw shot. A bit of strategy was also implemented in that your player will earn more skill points (which allow you to progress your stats) if he’s shorter than he might otherwise if you had made him a bit taller. Watching your player continually increase his status and hopefully make it into the starting ranks of the NBA is a time consuming and thrilling experience.

The same depth can be found in many of the other returning modes like Blacktop, Season, and all of the online modes such as Crew, which allows you to essentially form an online team with your friends. Wii Speak support is also supported, a great, often ignored commodity in Wii titles as of late. If it’s substance and a variety of modes that you want, just know that you will be left more than satiated with what you find; there’s just too much for it all to be mentioned here.

As I mentioned before, the Wii version of 2K10 also supports the inclusion of NBA Today, a feature that will download all of the information about the NBA, including real-world news, scores, roster updates, match-ups and stats, that you’d ever want to possibly know. Also mentioned prior was that this is what allows the game’s to integrate real NBA stats into gameplay, along with a small “2K Ticker” that gives you all of the latest scores in the sports world, right at the bottom of your screen. Rarely do developers go the extra-mile with Wii and include this much online support, so you really have to tip your hat to the developers for making the feature work so seamlessly. The 2K Ticker could be updated a bit more routinely, but if that’s the only nick in the armor that is known as NBA Today, then I’ll take it.

Basketball fans have a lot to like in the Wii iteration of NBA 2K10. Included modes are engaging and tied together beautifully with NBA Today. When working correctly, gameplay can also as pleasing, but if you somehow couldn’t tell, I can’t stress enough how much there is left to ask for visually. This might affect some more than it will others, and I understand that. It doesn’t change the fact that every Wii owner expects more from games, visually, and I have a difficult time thinking of a genre where dated visuals hurt a game more than they do sports. There’s a lot of fun to be had in NBA 2K10 - if only it looked good playing it.