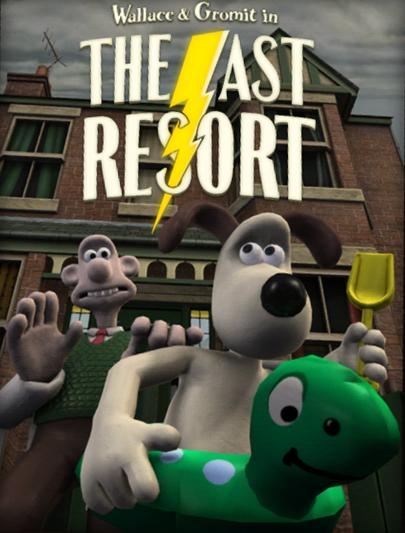 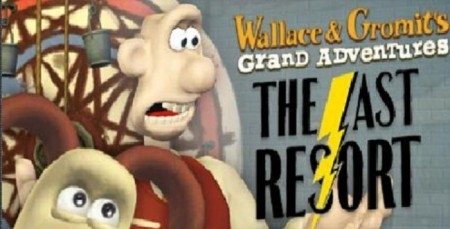 Part 2 continues where the first left off, get ready for more wacky adventures with everyone's favorite inventing duo.

Being a Big Fan of Wallace and Gromit’s many wonderful plasticine adventures, I jumped at my chance to try out the newest additions to Telltale Game’s second foray onto West Wallaby Street. The game follows right after the events of Episode 1: Fright of the Bumblebees, but other than characters, this game doesn't require you to have played the first one. The Story Follows Wallace, a well-mannered and somewhat absent-minded inventor from Lancashire in the UK, and his assistant Gromit who also happens to be his dog. As with any Wallace and Gromit Adventure, Wallace has cooked up a scheme to make money - this time, by way of an indoor beach resort based on the famous one at Blackpool. Keeping all of his guests happy is tough work, especially when one of them gets attacked in his own kitchen. Good thing Wallace has his new invention, the Deduct-o-matic, to solve the crime.

As with the first game, Last Resort is a traditional Point and click adventure . You can move either Wallace or Gromit around using W,A,S,D keys, the arrow keys or a dual analog controller. Certain objects of interest and characters can be interacted with by hovering over them. If some sort of interaction can be made, a square-shaped box will appear, and you can click on the item/person. A menu then appears with your options for interacting with that object, such as "talk" if you clicked on a person. If you type the “I” key your inventory screen will appear, and you can combine various items with other items to see if there is a result. For instance, if you select an item in the menu, then click on a person while holding that item, you will attempt to hand it to them. These mechanics are pretty basic stuff for fans of the genre or of any Telltale Games adventure.

The exploration found in Last Resort seems a bit constrained in all honesty, as the game really takes place in two locations: The house on West wallaby Street and the nearby Town square. This kind of hurts the game's value as such a small area makes most of the puzzles a bit too easy, and doesn’t set it apart from the first game at all.

The game clocks in at around four hours, which is pretty similar to the first one, and contains four chapters for you to sink your teeth into. The game is very fun while it lasts, and really captures the atmosphere of the short films and movies from Aardman Animations. The game retains the British humor, quality of voice acting, and writing from the other films. In fact, as it stands, you can view this as another standalone movie in the series more or less. One notable omission on the vocal front is the absence of voice actor Peter Sallis, who usually does the voice of Wallace, but no worries are to be found as longtime backup voice actor Ben Whitehead stepped in and sounds almost exactly the same.

The Graphics in Last Resort are very good, and retain the molded look of plasticine clay. I felt that this was a nice touch, because even though the game obviously wasn’t made in clay, the textures really add to the game. All of the new characters are rendered well, and look exactly like some of the characters that the duo would meet in their celluloid exploits. Obviously Aardman helped them out quite a bit, as nothing seems out of place, whether it be the upbeat brass music or the witty dialog.

The only problem I really see in this game is its short length, and lack of focus on Wallace and Gromit themselves. The great cast of sub characters is nice, but seems to overcrowd the game a bit. It works since the emphasis of this game seems to be keeping guest happy to every need, but the more investigative nature of the first game was a bit better. All in all this game seems to exist primarily to cement the new characters into the world and show off their personalities, which is nice. This way the next games won’t have to do the same thing and can get to the action.

All in all Wallace & Gromit’s Grand Adventures Episode 2: The Last Resort is a great game, retaining the quality of the source material, and keeps the momentum going from the first game. The game is a steal for under $9.00, but could have really been a bit longer for my taste. You can also purchase the full “season” of four games and get a bonus disk sent to you for $34.95. Hopefully part three reigns the emphasis back onto Wallace and Gromit themselves, as I really care more about them than the side characters, no matter how great they are. If you are an adventure game fan, do yourself a favor and try this one out.