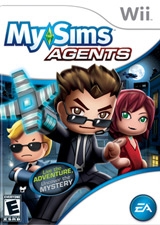 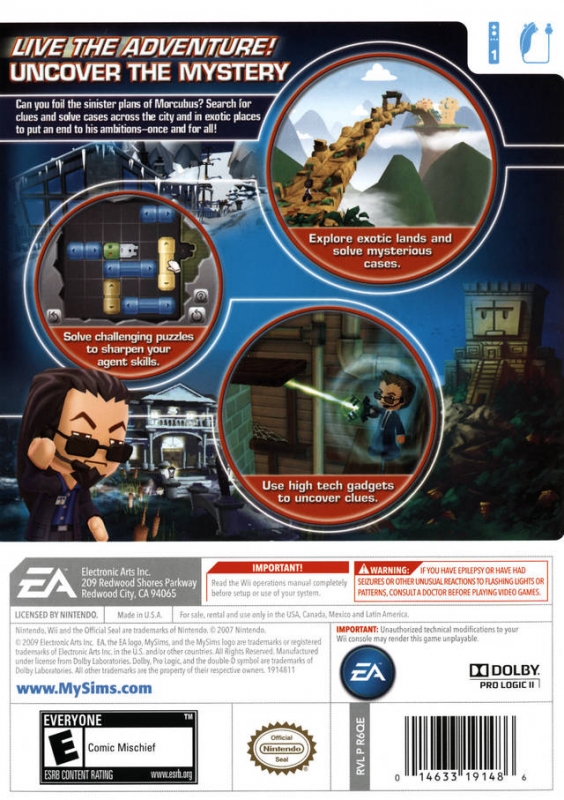 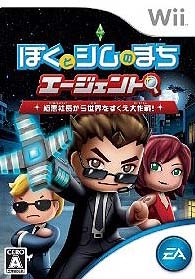 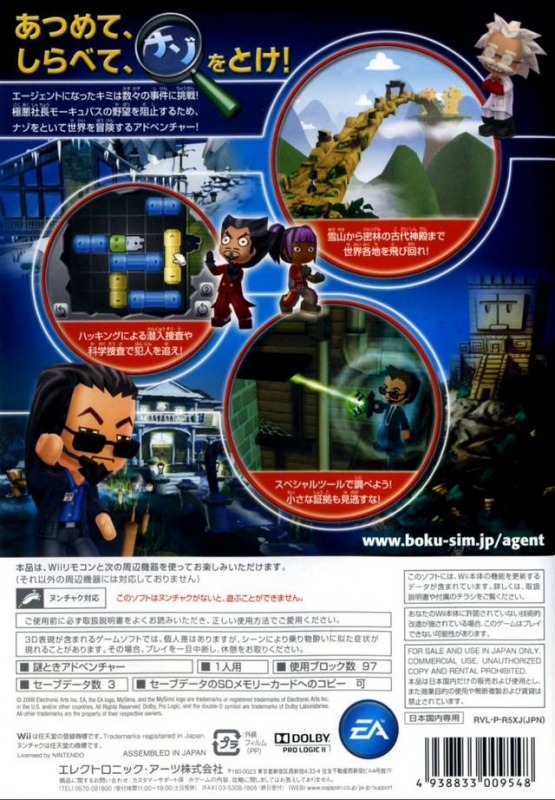 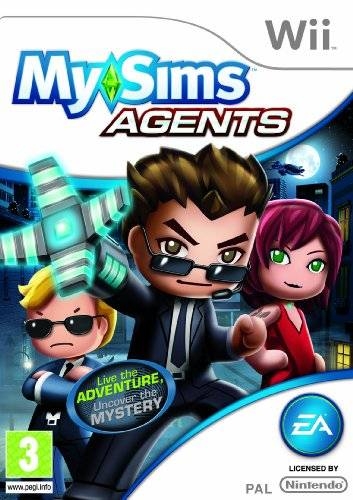 The Sims turn to the spy trade with adorable results.

Secretly, I’ve always been fascinated by secret agent pulp and I am a long time fan of the Sims franchise, so one would expect that a game which combines these two obsessions would absolutely enthrall me. While enthrall isn’t quite the right word for it, MySims Agents definitely manages to hold your attention in a good way. Forget everything you know about the other, mildly received MySims games, because Agents is a different beast altogether. Though it feels more like a detective game than a secret agent simulator, MySims Agents is a fresh, family-friendly adventure well suited to introducing anyone to the genre.

The game starts out with you creating your own sim, like any other game in the series. The tools at your disposal are identical with all the other MySims games, with more of an emphasis on detective/spy attire. Character creation is far from comprehensive, but at the very least you will end up a sim that is interesting to look at for the length of your adventure. From there, you are dropped into the middle of town, looking to hit it big in your career as head of your own detective agency. Your beginnings are humble; you operate out of the local pizzeria alongside your resourceful and creatively named friend, Buddy. When one of the locals pleads for your assistance, you are swept away into an interactive tutorial that fluidly introduces the gameplay.

Interrogating witnesses, tracking down clues and puzzle solving forms the basis of your sleuth work. The game is still very much goal oriented, only this time your goals are called leads, which string together what you must accomplish in order to progress should you ever get stuck. Believe it or not, it all makes for a fun experience. The cases are unique in set-up, though the path to solving them feels noticeably similar towards the end.

The overarching storyline tying the adventure together revolves around the evil corporation Morcucorp, and stopping its megalomaniacal leader and his henchman from finding a destructive weapon. As the player, you will ascend the ranks and quickly become the head of your own special agency. With this elevated status comes the option to dispatch your own team of agents to solve cases and perform odd jobs while you focus on foiling Morcucorp.

A special agent is of course nothing without his gadgets. In the beginning your basic tools of the trade are comprised of a magnifying glass to track footprints, a wrench to repair broken items, and a lever to manipulate objects. As you progress, your toolset upgrades and leads to more interaction with your environment during a mission. There are four mini-game types constantly reused throughout the game; lock picking, hacking, repairing and forensics. The lock picking mini-game is straightforward, requiring you to adjust the placement of tumblers to clear a path for the key to reach the lock. Hacking computers will have you trace out a moving path within the confines of a maze within a set time limit. Repairing broken objects entails connecting gears and pipes using the pieces you have in order make the machine function again. Forensics is a mind-wracking brainteaser tasking you to bond a given amount of atoms on a grid. While they start out fairly simple, the mini-games become very challenging towards the end, to the point where it will take you up to ten minutes to solve each of them. They are well implemented for the most part, and overall I liked lock picking the best and came to loathe forensics, but it’s all a matter of preference.

In order to efficiently run your agency you will have to recruit and dispatch your own teams of operatives. Recruiting a sim is as simple as clicking him and assigning him to a team of three. Each sim comes with its own strengths, classified into six categories. You are responsible for increasing their strength in each category by decorating their base at your headquarters with the very best everyday furniture available. Decorating these abodes is one of only a few familiar aspects of playing Agents (you won’t be designing any objects at all, for example). Each team sent out on a mission will report to you via cell phone on the status of the case, mostly with inane comments, but occasionally they will ask you to choose between two options that could either positively or negatively influence the chance of success. There are incentives to completing many of the missions, including new items to unlock and characters to recruit. Overall, it is a worthwhile component that adds a strategic twist to the proceedings.

MySims Agents allows your sim to get around like never before. There is an emphasis on exploring your surroundings despite the linear gameplay. Hidden items and other rewards are sprinkled throughout the locations. The controls are precise and easy to use. Motion control is utilized to shake and sometimes smash open objects, in addition to being used as a pointer. The game’s fixed camera is pleasantly unimposing, a tweak that complements the platforming aspect, even if said platforming provides a literal definition for the word “dull”.

The biggest complaints I can level against this game are that it is at times too easy and some of the objectives seem like menial chores you have to grind through. Having to salvage several pieces of machinery to repair another is fine the first time, not so much the sixth. Most of the time it is plainly obvious what to do because your sim essentially thinks it all out for you.

The adventure takes about nine hours to complete and there is obviously very little reason to play it again once you’ve figured out most of the solutions. There are no multiplayer options but you can continue managing your agency while you explore every nook and cranny for hidden items.
Travel is a big part of the spy game, so to reflect this the developer has tossed in a horde of unique locales with plenty of personality. You’ll visit ski resorts on snow-capped mountains, dig through the grit of the industrial disco scene, and even be entertained in haunted estates down in the bayou, complete with zombie butler. Each area is well thought out, keeping you very much invested in this wacky, fast-moving journey. Likewise with the sims that inhabit these places. You almost forget this is a Sims game because they are so fleshed out, handily outclassing the cardboard cut-outs populating the original MySims.

The visual design here is consistent with the rest of the MySims games, save for a few comic book inspired elements. Primary colors dominate the scenery and the sims are blocky and relentlessly charming. A few framerate hitches pop up from time to time, and load times between customizing your character are a pain. The lighting and particle effects are nice and some of the detail is commendable for such a simple art direction. Music is mostly dormant in the background, so there is little good I can say about it. The other sound effects are amusing and I admit after all these years I still get a kick out of “Simlish”.

If you can get over the fact that the game is easy and not a faithful representation of what we’ve seen of the secret agent lifestyle, MySims Agents may be a game worth checking out. The story and characters are bright and engaging, the gameplay is solid, and the length is respectable. Though it won’t ever be hailed as a classic of the adventure genre, it is the best MySims game yet, which is still a complement despite the quality of its competition.