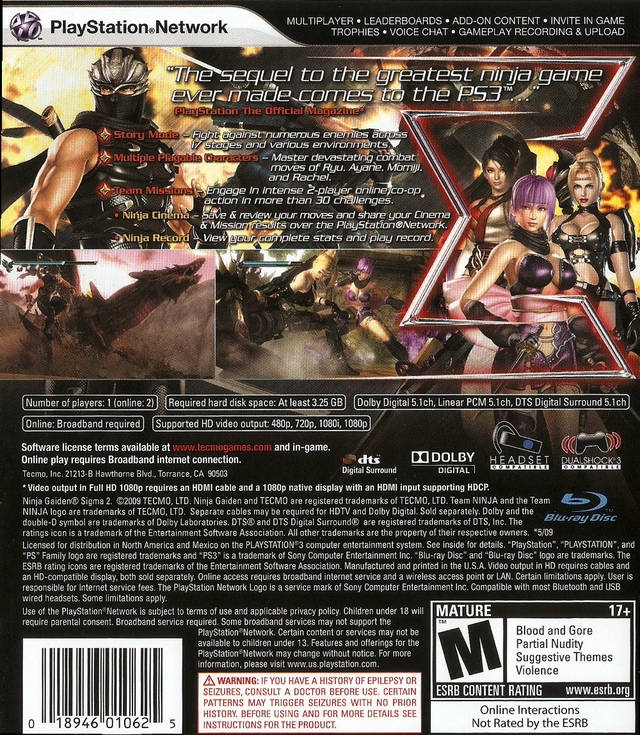 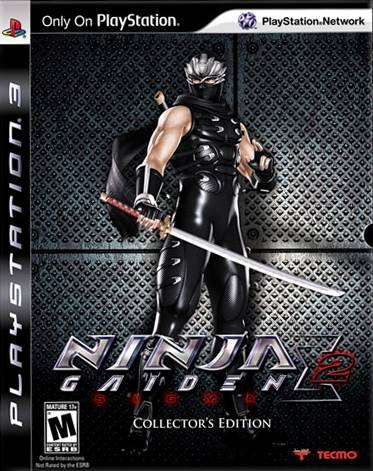 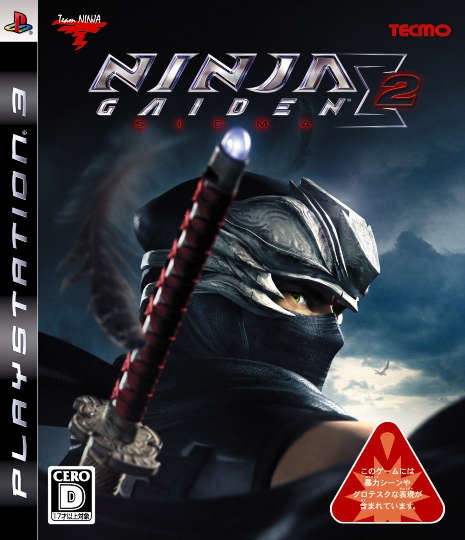 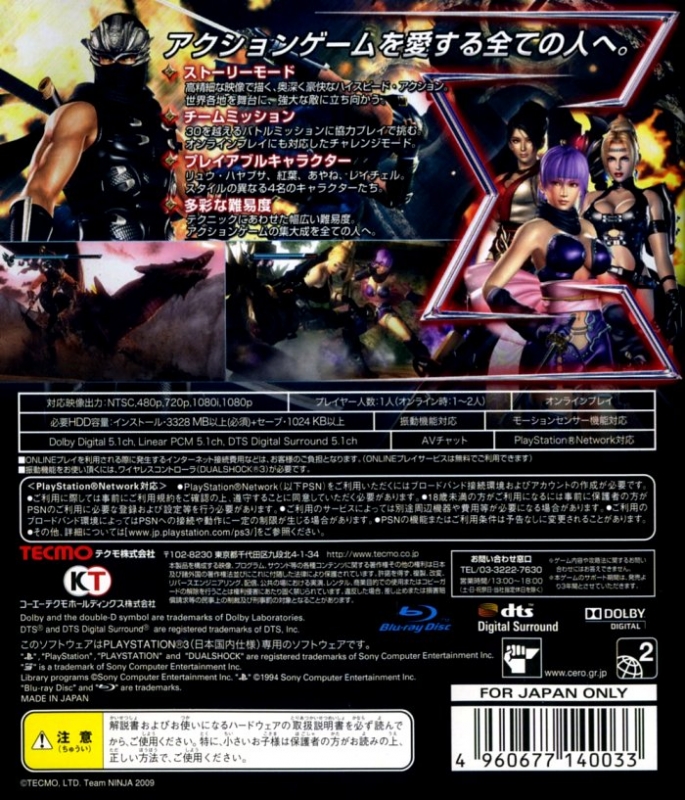 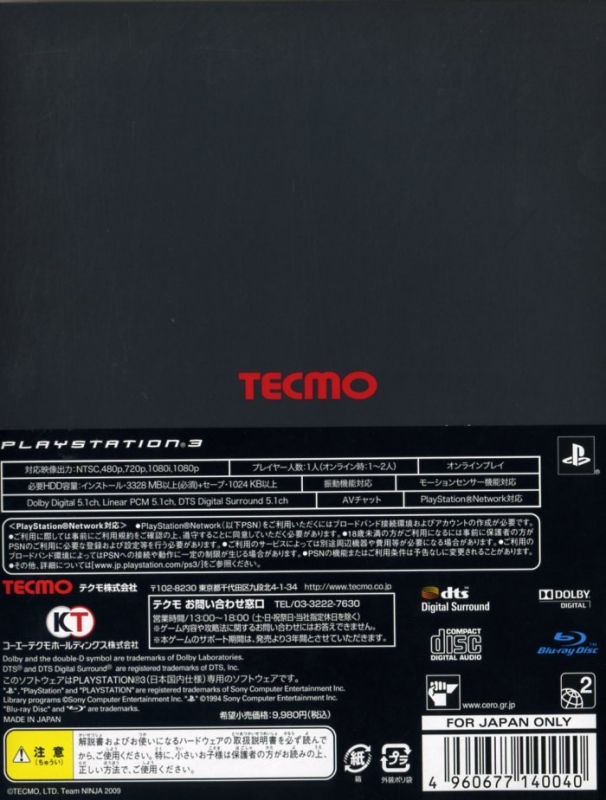 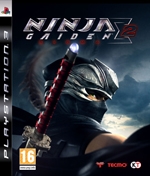 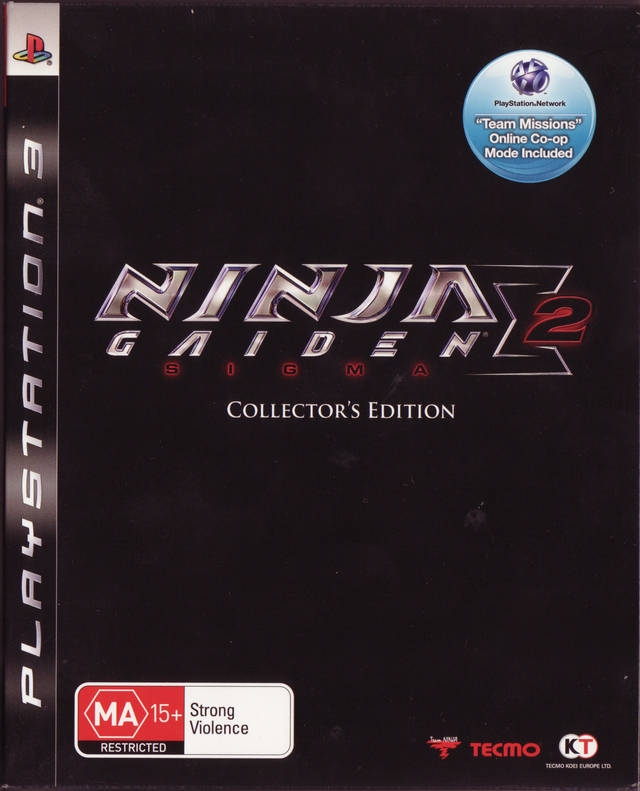 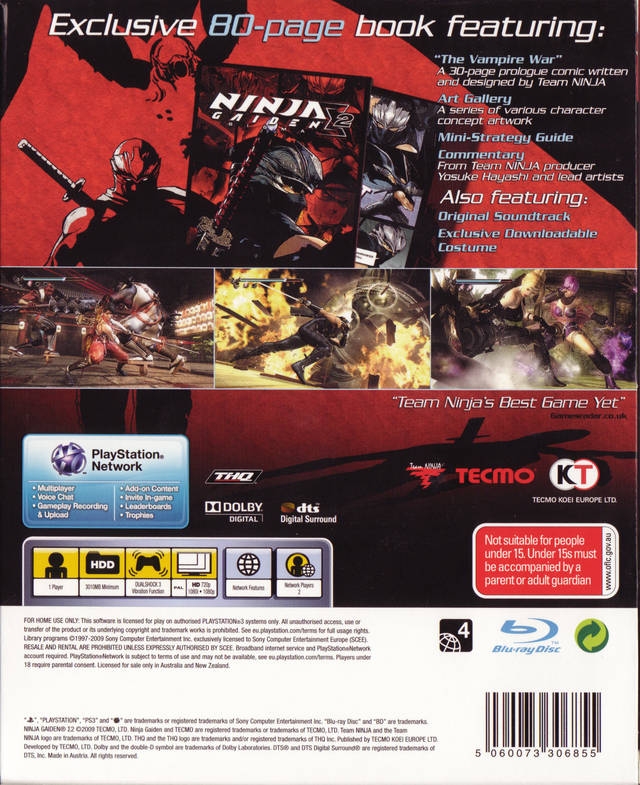 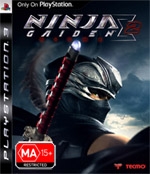 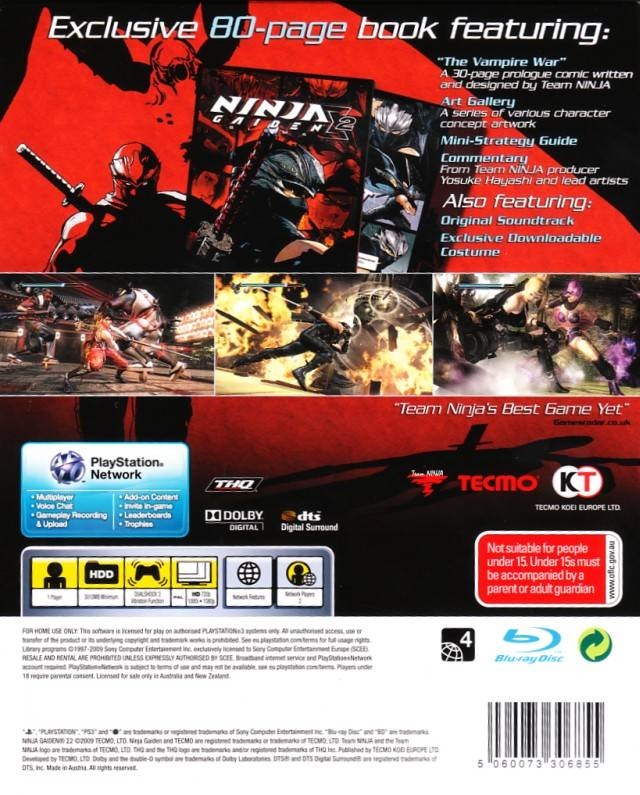 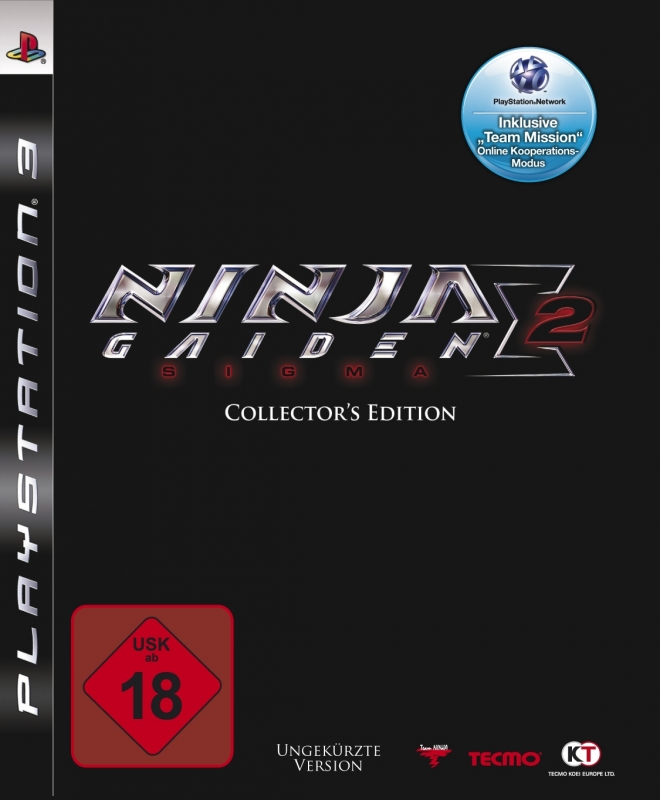 Ryu is back, and as bad as ever.

Ninja Gaiden Sigma 2, is the sequel to the critically acclaimed game Ninja Gaiden Sigma. For a sequel, it's quite a good game and lives up to its predecessor's quality. While this game does have some flaws, the game is stunning in terms of both gameplay and graphics. Ninja Gaiden Sigma 2 comes from a long line of high-class ninja-hack-and-slash games starting back in the NES days, and doesn't disappoint.

The staring character of Ninja Gaiden Sigma 2 is, of course, the legendary ninja, Ryu Hayabusa, of the Dragon Ninja Clan. The story kicks off with bang with a CIA agent coming to warn Ryu about the return of the Archfiend, who he defeated long ago. The Spider Ninja Clan's return spoils the meet-up, and Ryu goes on an epic quest to save her and stop the resurrection of the Archfiend. The story isn't very deep, but who really cares what the story is since the main focus of the game isn't even the story, but rather killing wave after wave of evil fiends that try to end your quest as soon as possible.

As expected, this game is all about the combat. This game pretty much feeds you its brutal violence, for breakfast, lunch, and dinner for a touch over 13 hours. Ryu is a beast with his Dragon Sword, which can be used to slice off multiple enemies limbs pretty quickly; if you know what your doing. There are a ton of combos to master, all being very useful when you're being ganked by a ton of attacking enemies. They tend become increasingly useful when you face a boss, because the faster you can destroy a boss' weak-points the better your chances are to survive, and combos is the easiest way to do it. Other weapons do exist in the game with very brutal and varied strengths, but they are virtually all useless compared to your sword. Magic attacks are available for use, too. These "ninpo" abilities can be powerful, but can't be used very often and are only useful when facing bosses or some of the stronger shadow beasts.

There are three short periods where you get to play as Momiji, Ayane, and Rachel. These missions are very brief and feel as though they were thrown in just to break things up and give you a breather from playing with Ryu the entire game. The most enjoyable out of the three missions is Ayane's. Her specialty is exploding daggers, which leads to great fun blowing enemies up while spamming explosives everywhere. The only other thing that's different to say the least is the addition of SIXAXIS jiggly boobies. With a quick shake of your wrist you can send these girl's breasts into a frenzy of amusing bounces. This really adds no value to the game at all, if you buy this game just for this "feature" you will discover that you just bought one of the hardest games imaginable just to see bouncing boobs.

Speaking of HARD, this is one of the most difficult games to beat released this generation. You literally have to focus on how you play in-order to accomplish actually beating this game. Like stated two paragraphs above, this is no button-masher, you need to learn to use combos and block as best you can. Even the easiest difficulty isn't easy at all. It isn't brutal like the harder difficulties. The key thing to remember when playing this game is blocking. If you don't block, you will die. This game is no cake walk, and button-mashing won't save you. It takes timing to kill all opponents while walking away with over 50% health.

Due to Ninja Gaiden Sigma 2 being a remade port of the Xbox 360 game Ninja Gaiden 2 there has been some changes that need to be mentioned. The most important change is the loss of the gallons of blood that was supposed to pour out of your enemies with each limb lost. Some enemies have been also been removed because of complaints from Ninja Gaiden 2 owners. There are still some technical glitches with the camera getting stuck at bad view-points. They aren't the worst, and easily overlooked.

Multiplayer has also been added to the game. The only thing is it doesn't seem to fit. While it is fun, the entire time you are playing with someone online it is very easy to see that the game is meant for single player only. There is just too much going on at once for hack-and-slash gameplay. There are 30 missions available to play with giving players quite a bit game time after beating single player.

Graphically this game looks fantastic. There is rarely a jagged edge to be seen. Everything is well rendered and enemies are proportionally sound. Blood still splitters onto the ground as you rip enemies apart, we just don't get the showers of blood or blood splatters on screen like in Ninja Gaiden 2. Cherry-blossoms tumble from trees almost mimicking their real-life counterparts. Particle effects like dust dispersion is also pretty well-done, but mostly visible during certain fights. The lighting for the Neo-Tokyo setting is also very well-done. Light from windows and signs seems to glitter on water. Even if this game doesn't have the best overall visual presentation on the PlayStation 3, its still a quality piece of work.

Music and audio for this game seems pretty good. There are some upbeat tempos that get you pumping when you are facing large, tiring waves of enemies. Some calm and mellow music appear mostly in cut scenes, but they help set the story for the next mission. Sword hits and blocks sound how two pieces of steal should when smacked together. The draw for the bow seems a bit dampened but is still close to how the draw-string should when increasing pressure on it to shoot. Arrows hit with a very nice sounding thud. Everything else, from the sound of you casting your ninpo magic to wadding through water all seem to make the proper noises.

Overall, Ninja Gaiden Sigma 2 is a very enjoyable experience. It is very fast-paced with more than enough challenge to keep players busy for sometime. Ninja Gaiden Sigma 2 is a great example of what a great game can be by having both excellent gameplay with top-notch graphics. A feet that not a lot of developers can seem to accomplish now a days. Unless you do not like hack-and-slash gameplay, there is no reason to not pick this up.