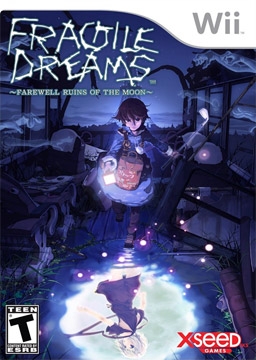 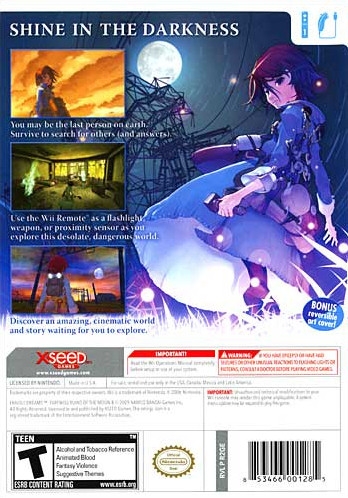 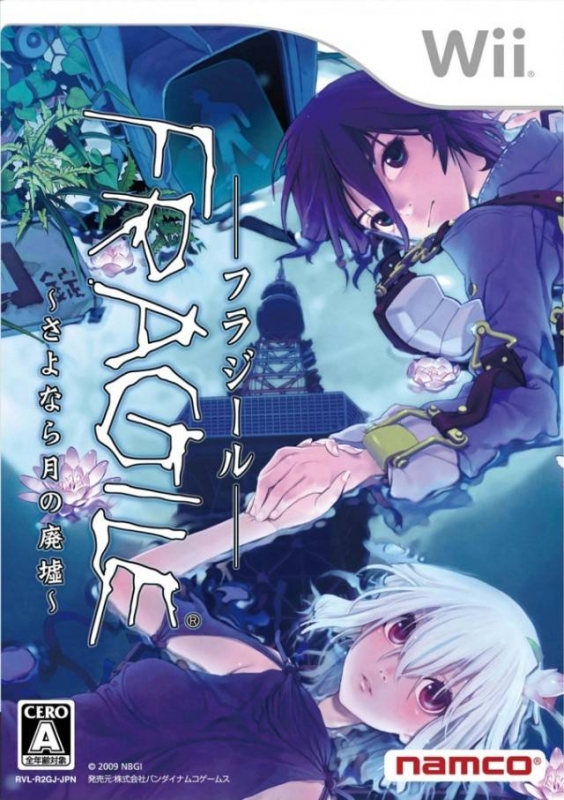 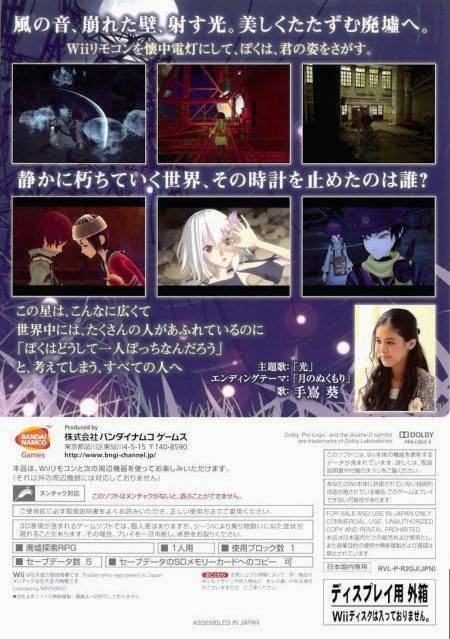 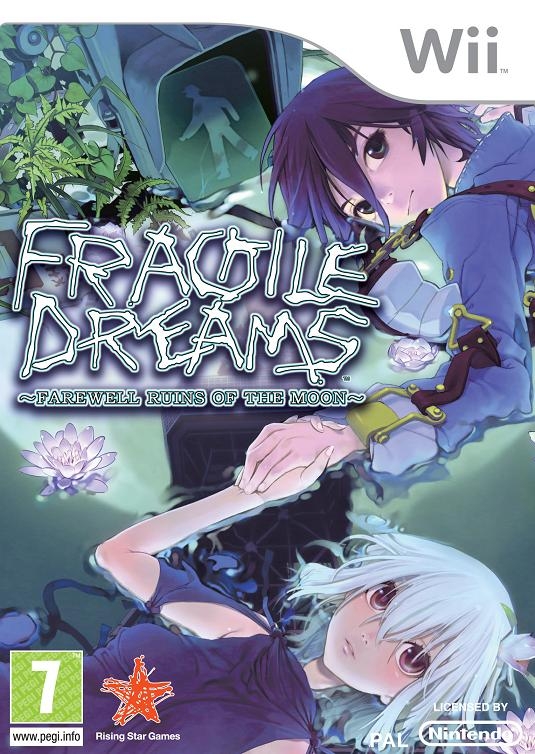 A post-apocalyptic video game that doesn't deal with nuclear fallout or gangs of roaming zombies? Sign me up!

The following review deals with a game set in a post-apocalyptic world where the hero searches for traces of humanity and answers as to what happened, all the while traversing a lush world turned wasteland where terrifying monsters and ghouls will waste no opportunity to send you to the same fate that met mankind. All of this set in a framework of action/RPG gameplay that seamlessly blends both play styles. No, this isn’t a late review of Fallout 3, it’s Fragile Dreams on the Wii.

The game opens with Seto, the hero of this tale, awakening among the ruins of his world. His travelling companion, an old man that he calls his ‘grandfather’, and the only other person Seto knows, dies, leaving him a letter with a single clue as to what happened to humanity for it to end up in such a sorry state. After burying the old man in a shallow grave, Seto sets out to discover the meaning of this clue and answers to explain the reasons for the mass disappearance. Soon after, Seto has a brief encounter with a mysterious girl named Ren who, as soon as she comes into his life, runs off. Seto becomes obsessed with finding her, as well as discovering the meaning of the old man’s clue.

The story is presented through a combination of in-game events and pre-rendered cut-scenes. These methods take advantage of the excellent voice acting work, both in the original Japanese text and XSEED’s English re-dubbing. The cut-scenes are a gorgeous blend of hand drawn manga and computer generated effects that do an excellent job of bringing the devastated world that Seto explores to life. It quickly becomes apparent that the story is where the game’s main focus lies, as you’ll soon find yourself engrossed in the world that Seto explores thanks to the excellent way in which the story is convened.

The game is mostly action/adventure (with a lot more adventure than action) mixed in with some light RPG elements. Most of the time you will find yourself exploring abandoned locales and discovering bits and pieces of what happened to the population. And this is where the game shines; when you just find yourself taking in the world and really feeling like you are a part of Seto’s loneliness. It’s when the game tries to be a ‘game’ that its shortcomings become more evident. You will often find yourself in the middle of a long ‘fetch quest’, trying to figure out where to go next or on a mission that seemingly takes twice as long as it should due to having to double back on your steps, and it’s these portions that will really disconnect you from the story and make the repetitive quests and backtracking even more obvious, which in a game that relies so heavily on its story and atmosphere is a serious flaw.

As mentioned, the game does feature some RPG-lite elements; these include levelling your weapons and keeping them in tip top shape. However, I get the feeling that no matter how much you level your armament of sticks and swords, they will always degrade to a level of dullness comparable to CSPAN’s Monday night line-up. This will often stretch battles out into the realm of tedium, particular as some monsters come equipped with rejuvenating health counters, serving as another example of poor gameplay design choices. Inventory management is another important aspect of the game, and to this end Fragile Dreams takes a very ‘Resident Evil’ style approach. The items you find are placed in your briefcase and can only be managed and identified when you are at a save point, which leads to even more backtracking.

Fragile Dreams controls quite similarly to other action/adventure games found on the Wii. You move Seto with the control stick on the nunchuck, the ‘C’ button will allow him to duck and crawl through tight passages while exploring, and pressing the ‘B’ button moves the camera into a first person mode for looking around the environment in more detail (similar to the system pioneered in The Legend Of Zelda: Ocarina Of Time). Attacks are simply handled with the ‘A’ button; however, these lack fluidity and sometimes feel stiff and repetitive as most battles seem to degenerate to simple button presses. You can however modify your attack strength if you time your inputs correctly. All in all most of the basic controls feel merely ‘adequate’ and generic, however the game does present some interesting gameplay mechanics that are only possible on the Wii. These include an in-game microphone that detects hidden enemies and emits a sound through the Wii Remote’s internal speaker to warn the player that danger is near, and the controller’s use of the IR pointer as a flashlight for illuminating dark passages and exploring the abandoned land, both of which offer a novel and innovative way to explore the world of Fragile Dreams.

There's certainly no lack of anime inspired video games out there, but Fragile Dreams attempts to differentiate itself from the crowd by combining an intriguing story with an engrossing atmosphere that pulls you into the game world. Adding to your immersion are the game’s visuals, which are quite good. The graphical aspects are sharp and well designed; the level design is fantastic and varied, with interesting locales like an abandoned amusement park summing up the game’s feeling of childhood loneliness perfectly. The only visual drawback worth mentioning is that some areas are just a bit too dark, meaning you will easily get lost in the darkness and possibly miss out on some hidden items simply because you can't see them.

As mentioned, the voice acting is simply top notch; the names may not be big Hollywood talents but the quality is just the same. As for the other auditory aspects you will experience, the music follows suite with both the setting and pace of the story. The quiet exploration sections often contain little or no music - only the ambient sounds of your surroundings accompany you - and this adds to the feeling of loneliness. During battles the music is used to add tension and make the situation ‘creepier’, all the while staying ambient as well as relative to the location. It is during cut-scenes that Fragile Dreams’ complete soundtrack is revealed, with full songs that include the original Japanese lyrics. These tracks are just as beautiful as the movies they are complementing and, like all of the game's sound design, add perfectly to sense of immersion that Fragile Dreams offers up.

All in all Fragile Dreams will run you a solid 10 hours, which is rather light for a game of this genre. Unless you’re a fan of anime or want to relive the story experience you won't find much reason to drum up a second play through, which is a real disappointment because it's clear that the developers put a ton of effort into crafting a great story, just not one you will feel the need to go back to.

There is a lot to be said about Fragile Dreams: Farewell Ruins Of The Moon. It’s one of the most immersive and engrossing games to come to the Wii in a long time, with great presentation aspects to boot. The major flaws, however, lie within the gameplay design choices which seem to be based more on stretching out the game’s length (which isn’t considerable anyway) by forcing you to backtrack and complete menial tasks, rather than advancing the story. That said, if you’re a fan of action/adventure games and go into the game expecting a great experience and not a great game, then you will not be disappointed.