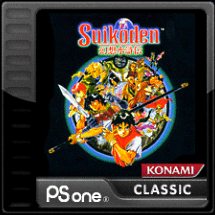 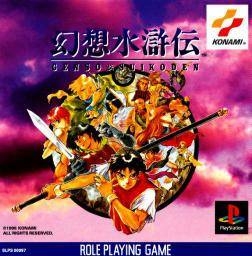 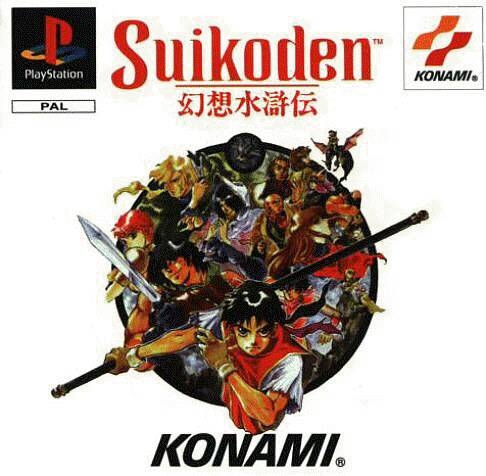 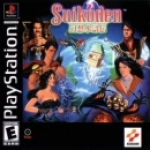 Is this game still a must play for RPG fans?

Suikoden is the first game in Konami's RPG franchise that now spans across the entire PlayStation brand of consoles and has also appeared on the SEGA Saturn and the Nintendo DS. This franchise is based on the Chinese novel Shui Hu Zhuan, by Shi Naian and Luo Guanzhong, which translates into the title Suikoden in Japanese.

This franchise is based around two concepts: the 108 Stars of Destiny and the 27 True Runes. The basis of the 108 Stars of Destiny is borrowed from Shui Hu Zhuan, which brings together 108 characters who band together to ward off a threat to the stability of the land. The 27 True Runes are the basis of the story. These runes are powerful forces that are sought after by many and have caused many conflicts in the world of Suikoden. The plot also strongly revolves around political views, individual rights, and morals.

Suikoden's story falls between Suikoden V and Suikoden Card Battles in the events timeline. It follows the story of the rise of the Toran Liberation Force lead by your main character. In this game your character is nameless but from the graphic novel that followed the release of this game it turns out that his name is Tir McDohl. During your adventure you will witness events throughout empire that show how evil a place it has become, affecting everyone including trolls, elves, and humans. You will also discover how the runes can influence an individual's mind and how a rune can be more than a stone.

Throughout the game you will meet many interesting characters, some become your allies and others become enemies. While character development cannot be accomplished on 108 characters, the story does successfully put a face on the main character and his body guards. Many of the other characters are also given unique personalities that drive the story. For instance you have to gain support of the Dragon Knights. While you only have one small chapter of really dealing with their leader and the few others that join, you do get a sense of how he handles situations within his domain. This is the really the strong point in the story's development. It really gives a sense of what is happening and how it makes the characters involved feel about the empire and emperor's actions.

Gameplay is the strongest part of the game. There are three types of gameplay: large-scale wars, one-versus-one fights, and traditional turn-based battles. In large-scale war you take several thousand men to war against the empire's opposing army. When at war you have many options to choose from, namely charge, bows, magic, and others. Others is a a specialized category that lets you either summon one of your allied factions to attack, steal money from your enemy, find out your enemy's next move, or increase your charge attack's strength. In one-versus-one fights you have three options - attack, defend, and desperate attack. The first two are self explanatory but desperate attack is a very risky attack. It allows you to inflict high damage whilst also making it so that your character will take the full force of your opponent's attack. Turn-based combat is the same as every other game except you are lucky enough to have six characters at your disposal. The classic repetitive turn-based combat is good and fun. The one thing they did add to spice things up is to add a diagonal camera angle and have the camera zoom in an out for performing certain actions in battle.

Technologically speaking this game isn't really the best there is. Graphically it's like every RPG seen on the SNES minus Super Mario RPG. The only major thing that the graphics have over SNES RPGs is that the original PlayStation allowed for a higher level of clarity and more detailed work on the environments. The audio and music in the game is amazing though. Each musical score fits the setting perfectly. The only things that are out of place, and will make anyone playing it laugh out loud, are the dragons. When I first heard and elephant's roar come out of the dragons I nearly fell over laughing. Seriously, an elephant, is that the most menacing creature they could come up with? Although it does add some comedy to this game, which is definitely a plus.

It takes between 20-25 hours to complete the story and get all of the characters. If you only want to get enough characters to make each war easy, then expect about a 12 hour journey. For RPG fans that have not played this series it is a great introduction and will give quite a bit of enjoyment for every moment you play. With the varying styles of gameplay, enjoyable music, a great story, and the side-quest to collect all of the Stars of Destiny, this game is just plain fun while adding quite a bit of re-playability.

Overall this is a great game. While Suikoden doesn't add anything special to turn-based combat like other RPGs, and there are comical moments that really shouldn't be there, the game stands up as one of the better RPGs of its time. This is a game you can go back to and play when there is a void of game releases, and you'll be truly satisfied with knowing you don't need current generation graphics to have an enjoyable game.