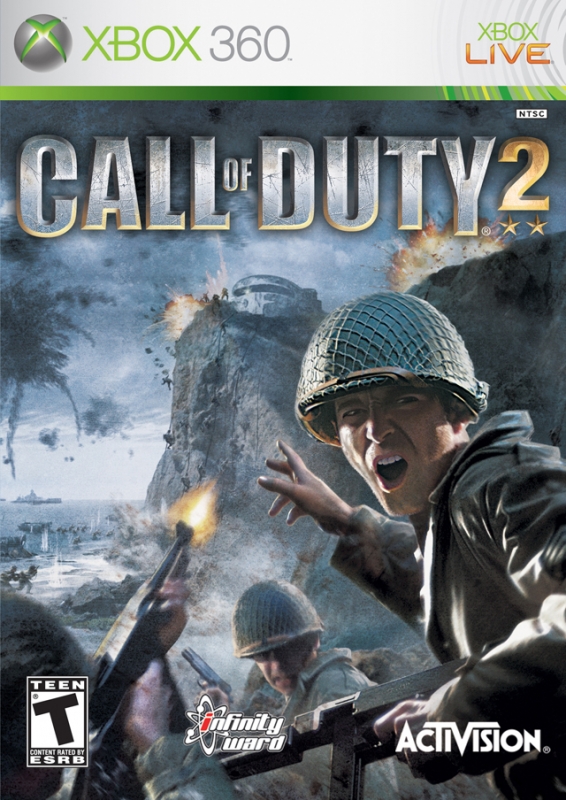 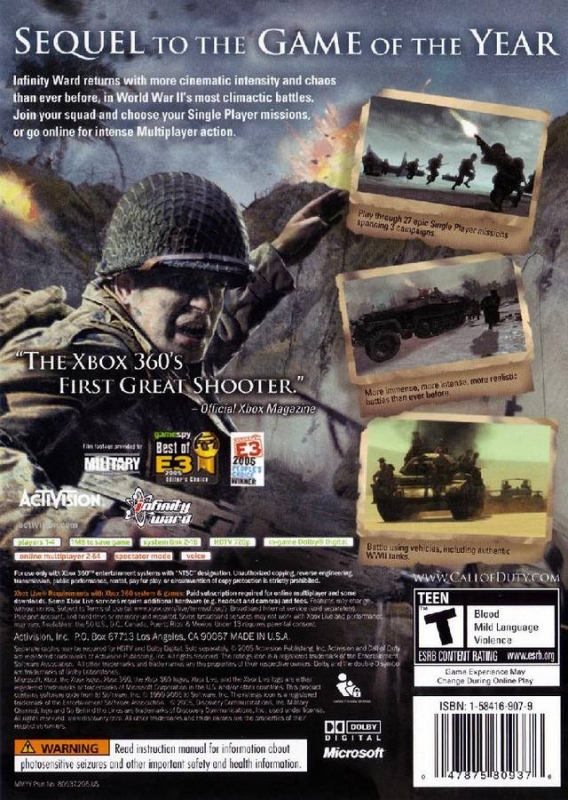 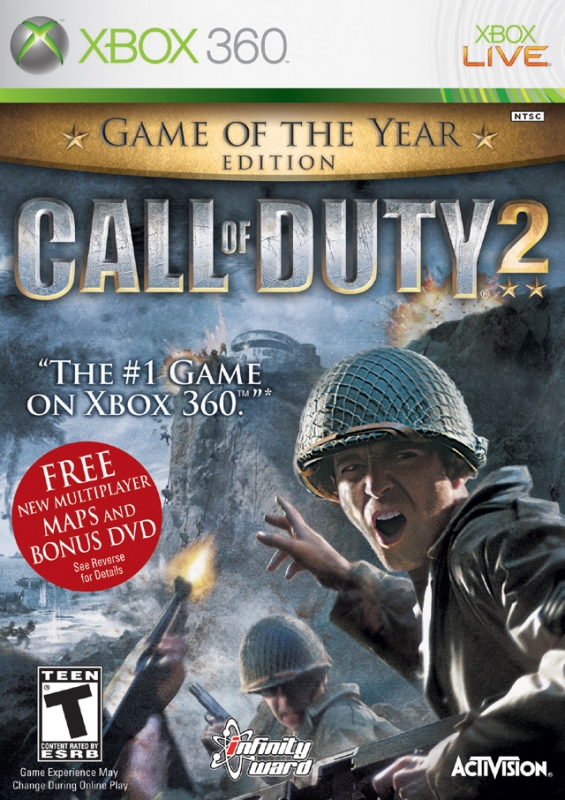 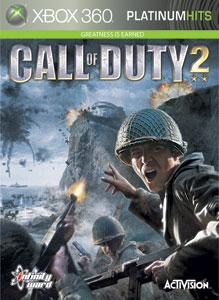 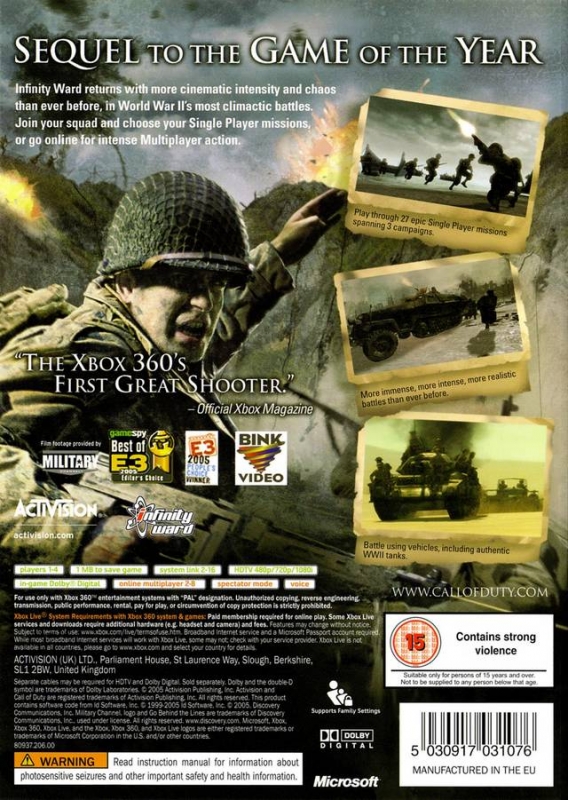 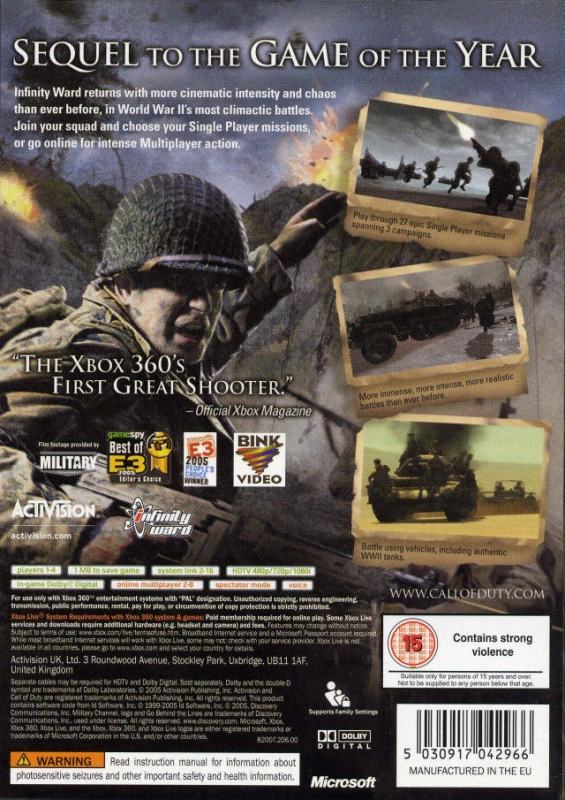 Presentation - 9.0
Gameplay - 9.5
Value - 9.0
After releasing the chronicled best FPS game of '03, much hype was rising to see if the first "next gen" iteration (at that time mind you) would hold up to its predecessor. Needless to say....it d

For it's time, the first Call of Duty had much promise and paid off in the end.  It had a well-made team with some coming from making the fabled Medal of Honor games back then and it showed that it was a formidable shooter ready to run with the rest of the WWII crowd.  After some expansions, IW decided to reboot a main sequel for the "next-gen" revolution.  Not only did it hold up to the original IW CoD but in many ways.....greatly surpassed it.

Call of Duty revolves around 3 main characters w/ 4 different campaigns: Sergeant Davis for the British campaign in North Africa, Private Ivanovich (from the 1st as well) involving the Soviet campaign of tackling the Nazis in Russia, and Coporal Taylor for the American campaign revolving around Normandy and Crossing the Rhine into Germany.  There'll be a ton of action revolving around some historic events, whether it'd be by securing an enemy AA gun encampment in the middle of a city to driving a tank to duke it out with enemy in open territory.  While the latter is only for one mission and most other variations besides shooting don't happen THAT much, it's just enough to keep the action fresh.

One thing that's really noticable for it's time was the sharp graphics and overall presentation made it shine with some of the best looking console games for it's time.  While Perfect Dark Zero and Kameo did show greater art design with great tech. behind it, CoD2 brought out a really great "grit" to the design of how next gen shooter like this would/should look.  Almost everything from the sound of each gun to the incredible thickness of your smoke grenades made everything so technically outstanding for it's time, much like that of the first one.

The gameplay is still drawn with the same idea to that of CoD1 and while some spin-offs have had some of the changes mentioned, there's some new things for it to have its firsts in the main series: grenade indicator and regenerating health.  Both of which play a very big role on making you adapt to the campaign (especially on Veteran difficulty) and competitive MP compared to what was done in CoD1.

Many things have been revived from the campaign to what was seen in the first Call of Duty.  There's no cutscenes so you start off with a loading screen showing written pages of the playable soilder's journal to see what the next operation you face.  You have a sub-linear track to go on for some of the game, you have to go a certain direction BUT you have branching ways to get to that certain objective for certain areas of the game.  It's certainly not open world per se but it's certainly nice to not have the feeling of being "stuck to the tracks" throughout the entire campaign.  It's also nice to note that this is still the longest campaign regarding all the main CoD's (even counting the newer iterations, WaW may be close to it though). 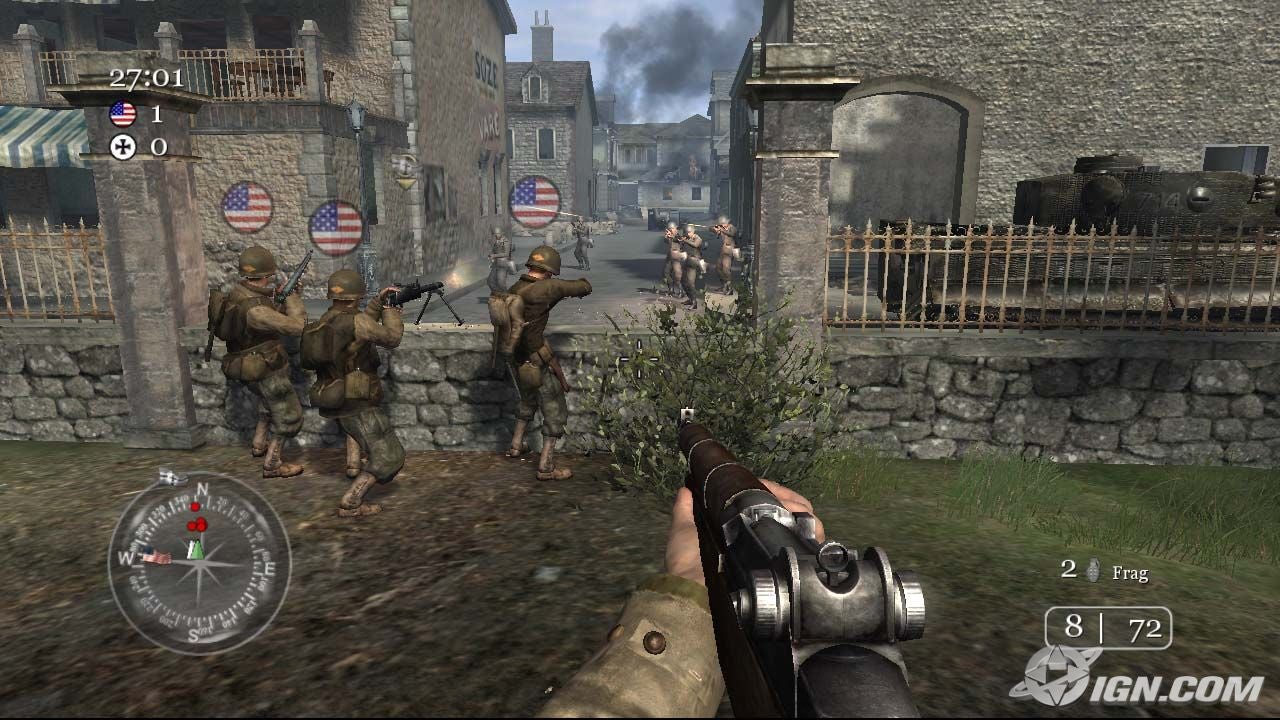 <one too many soldiers in this MP match lol

The MP hasn't exactly taken a drastic change like you'd imagine and it's unfortunate that it's count is 4v4 which is quite possibly the biggest complaint about it.  It is nice to have a more squad feeling when it comes to the action but since many maps are so stretched out, it puts removes any consistency to the battle itself.  It was nice to see a good spread in different modes though.  While there's not a huge amout in comparison to other shooters, CoD2 had many straight forward ones that were just plain fun to play on.  I'd also like to note that LAG is an issue when it comes to this as well.  Regardless of host, you can expect to recieve a connection interuption (for any stretch of time) in about 1 game if you've played 3 matches.  Nevertheless, the MP's still solid and great fun to match up with 3 of your other friends to make an excellent squad.

9.1    CoD2 is one of those prime examples of how to meld the old with the new to make it a very accessible shooter while still keeping to it's roots.  To summarize, one of the few examples that FPS sequels should aspire to be.

Some of the most intense WWII action