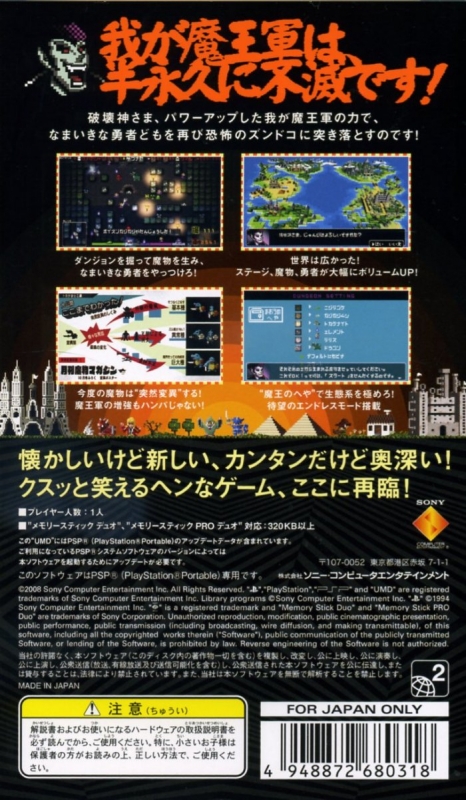 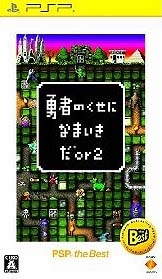 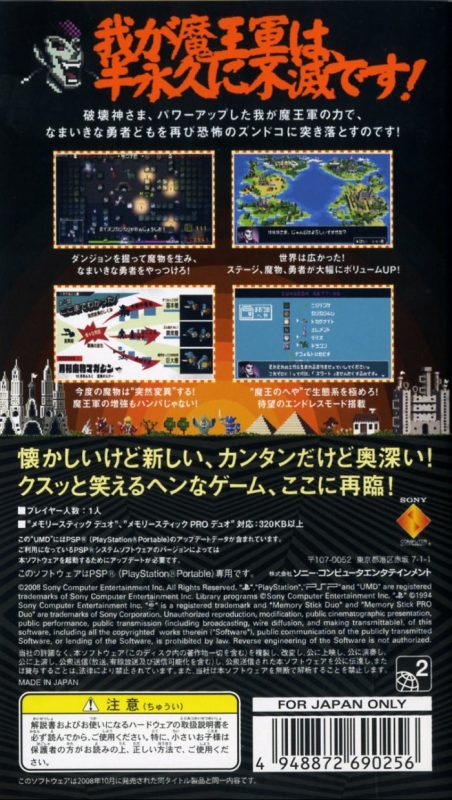 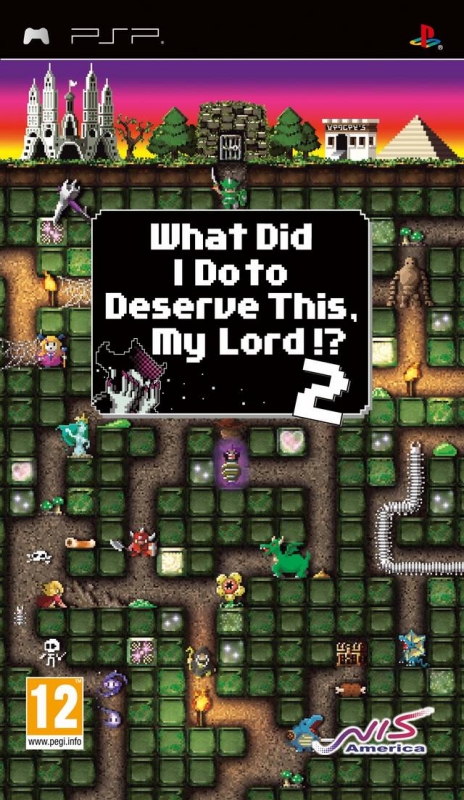 Yuusha no Kuse ni Namaikida Or2

You Have To Try This Game, My Lord!

Holy Invasion of Privacy, Badman! The heroes just refuse to abandon their desire to raid the dungeons of Overlord Badman with the foolish goal of bringing him to justice! This is where you come in, My Lord! It is your responsibility to tighten up security by constructing the most challenging and fearsome of dungeons, filled with denizens of a giant and powerful monster army to annihilate these pesky heroes and allow Overlord Badman to rule the world! Are you willing to take on this challenge? Then read on, My Lord!

My Lord?! 2 thrusts you into a bizarre yet entertaining mix of RPG, Strategy, Dungeon Keeper, and God games. As the Lord of Destruction, your goal is to cultivate a balanced and thriving ecosystem of monsters within the depths of the soil. Before getting into the Story mode, it is highly advised that you complete Training mode. This game is very complex and there are many concepts you need to comprehend before you can take on the heroes of the campaign.

Your character is not shown on screen during gameplay, but is represented as a pickaxe. You can break blocks of soil with Square, as long as your Dig Power is above 0, move to points of interest with L, and zoom in and out with Triangle. Soil blocks can contain nutrients and mana, each of which creates its own chain of monsters. Level 1 nutrient blocks contain Slimemosses, which are the bottom of the food chain. They move nutrients about the dungeon and help to improve soil blocks to Level 2 or Level 3, creating Omnoms and Lizardmen respectively. On the mana side, Spirits are born from Level 1 blocks and spread mana about the dungeon, allowing you to get the Level 2 and Level 3 monsters, Liliths and Dragons. Other monsters can be created, such as Wookiemon and Golem, by breaking a Level 3 soil block while no other soil blocks are adjacent to it.

These monsters aren’t the only ones you will have access to. Between stages, you get the opportunity to level up monsters using unused dig power. Additionally, monsters can also change forms during gameplay through mutation. They can mutate for several reasons, usually due to the current balance (or lack thereof) of the ecosystem in the dungeon, and based on how earlier members of their species died (such as eaten by predators or killed by humans). There are over 200 monsters that can be summoned to do battle, but some can only be created in certain worlds, or in certain ecosystem situations, so properly managing your dungeon is imperative.

Fighting the heroes is the second phase of each stage, and it is mostly an autopilot experience. How well you built your dungeon and monster army will determine whether the heroes will be defeated or whether they will capture Badman and bring him to justice. Monsters can still be summoned after the heroes appear, but they will only have half vitality and will fall quickly. This part of the game can be frustrating, as you do not have control over the monsters’ movements and attacks. Many a profanity may be uttered by you when the heroes manage to traverse a perilous dungeon that you thought was impenetrable, forcing you to restart the world from the beginning. Should you fail to protect Overlord Badman in a level, he will often give you a piece of advice on how to beat the level you have lost on. Such a small piece of dialogue is a great feature of the game, as it encourages you to keep trying even after defeat. Make no mistake, My Lord?! 2 is a challenging game and will require many attempts to get through each world. However, there is a strong feeling of accomplishment once you finally slay the last hero and conquer that world.

Challenge mode offers mission-style gameplay for any time you get sick of the basic Story mode or just want to test your ability. Badman’s Chamber is a sandbox mode where you can set all the parameters of the dungeon, including nutrients, mana, and monsters, to your liking. The chamber lets you experiment with everything the game has to offer in a stress-free environment, making it a nice contrast from the more intense Story and Challenge modes.

My Lord?! 2’s graphics have a decidedly retro feel to them to match with the old-school, hardcore gameplay. The characters and settings are all sprites and would feel at home in many games from the 8-bit and 16-bit eras, and it all looks very crisp on the PSP. Likewise, the soundtrack for this game is composed of songs with that vintage flavor of the old school days. The tunes aren’t anything legendary, but they blend in well while you’re digging up soil, which is important because the occasionally frustrating gameplay would have felt very painful if the background music was like a pickaxe to your eardrums.

They say laughter is the best medicine, and it is clear that a major focus of My Lord?! 2 is the humor. Anticipating that their game would be a niche release picked up mainly by hardcore gamers, NIS tailored the jokes to the core gamer. There are many jokes had at the expense of the standard JRPG, for example, but there are also references made to such games as Super Mario Bros. and even anime such as Fist of the North Star. The fourth wall is broken constantly, and increasingly as the game goes on. This happens most often in the Almanac, where monster descriptions make light of topics as diverse as William Shakespeare, Star Wars, and Pringles. There are also completely random jokes, such as this gem from the Blue Buzzy Boozy’s page: “What’s cool about this Bug is that when it is fed well, it looks like a transforming robot.” The humor may be grating to some purists, but those who do enjoy it will be in stitches throughout the game.

Story Mode will last about 8 to 10 hours, depending on how long it takes you to beat a particular world. However, there is a Challenge mode, which adds further value to the game while pushing your abilities to their limits. The experimentation available to you in Badman's Chamber is an incentive to keep playing past the conquest of Story Mode, and the many different strategies you may learn in Challenge and Badman's Chamber will encourage you to take on Story Mode with a new battle plan. These modes all work well together to squeeze out as much lasting appeal as is possible for this sort of game.

What Did I Do To Deserve This, My Lord?! 2 takes the gameplay of its predecessor, original and bizarre, and expands upon it, with new features such as mutation and gigantism to add depth to an already complex strategy game. The game will certainly test your mettle, and at times, your patience, but the sheer number of possible strategies and superb humor will keep many players hooked from start to finish. There aren’t many games, if any, like this one, and you owe it to yourself to give it a try... My Lord.