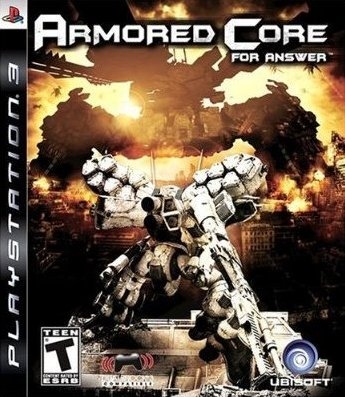 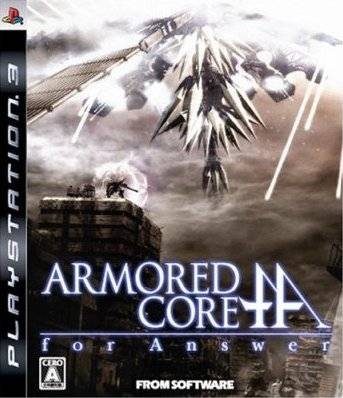 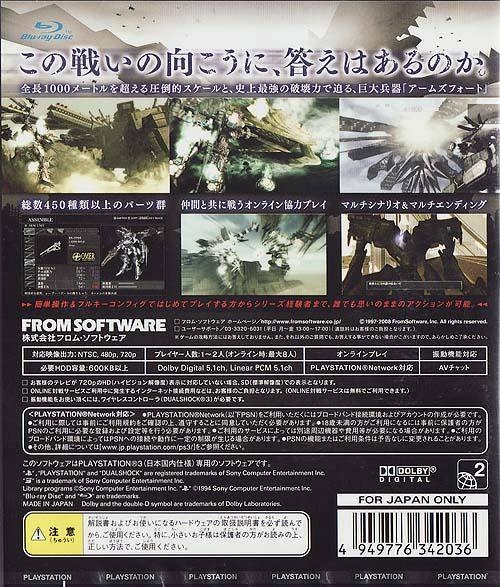 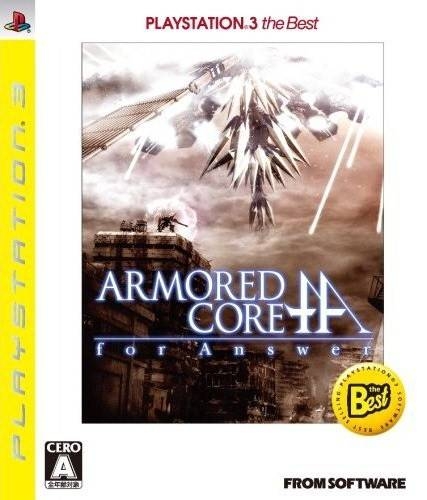 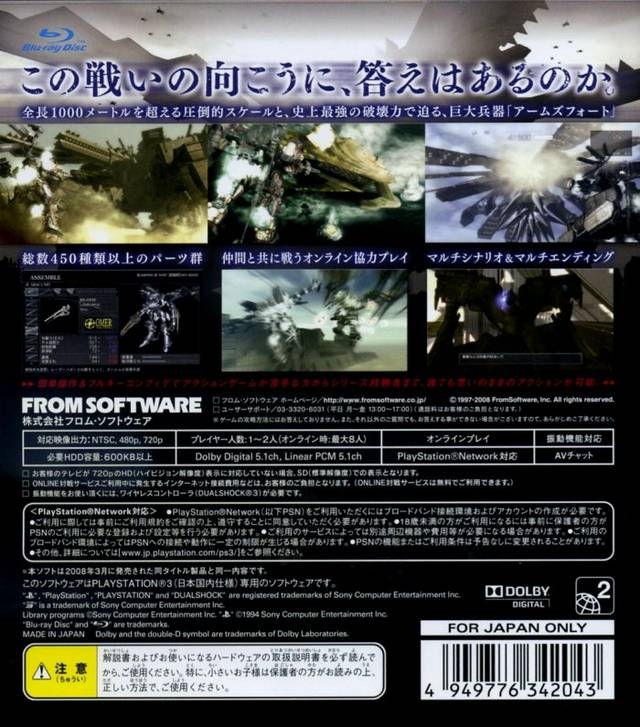 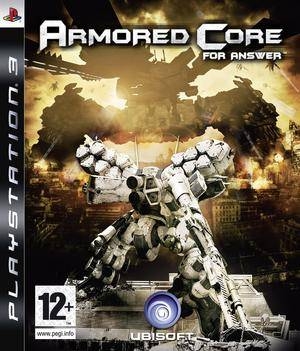 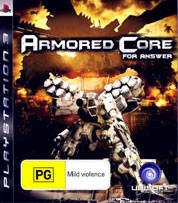 From Software has been known for creating one of the most legendary Mech-combat franchises known. Their reputation was never doubted until the release of their first HD Mech-combat game, Armored Core 4. How did these developers fall as hard as they did though? Simple, they created a game that failed to deliver the level of quality and enjoyment of their previous games.

After the flop of Armored Core 4, From Software took the criticism and aimed at their next Armored Core title promising the most engaging experience yet. They promised they would fix what gamers hated about Armored Core 4. They also promised battles with giant machines. The only thing was that many gamers doubted their development abilities in this new generation of game consoles. After a few years From Software has released Armored Core: For (4) Answer, but did it live up to their promises?

Armored Core: For Answer follows a traditional anime-like storyline. You are a mercenary fighting for multiple corporations in a giant power struggle. Only thing is this time this battle is a battle to control the somewhat abandoned landmass that is Earth. There are a few unexpected twists and turns in the story, but virtually it is a basic Sci-Fi story that we can watch in most mech-based animes. Depending on the difficulty and missions completed the story is roughly 30 hours long. Beating certain missions can unlock other specialized missions that are a bit difficult to beat.

The gameplay has definitely been improved. Mechs react specifically well to damage and your commands mattering how heavy or light you design it. My style is always to have a tank mech. I can use many weapons this way, plus its easy to remove a few items and instantly speed my mech up enough to complete the missions calling for faster movement. Missions can be split into four categories; mech(s) vs mech(s), you and a partner against armed fortresses, you against an enemy fleet, and escort missions. There are also challenge battles were you fight one on one against another mech for parts and higher rank.

There is a single player arena that is available to play throughout the story, except one part because of the major twist in the story, that allows you to earn new mech schematics and unlock parts. Your mech's rank and notoriety in the game's story becomes more obvious in the story too. It can also help during the campaign missions where you can select a ranked mech to help as the higher your rank the better the mechs at your disposal.

Armed fortresses are the newest form of combat added to the franchise. Some of them can be monstrously large. Some battles you have to take out specific weapons points, while others just unloading everything you have can take them down. Battles against these heavily fortified menaces can also include additional ground forces that can interfere and make things even harder.

Multiplayer gameplay is split two ways. There is the campaign mode where you can play with a friend locally, and there is the online battle arena. The campaign mode is the typical single player mode without the arena battles. The battle arena can be ranked or unranked matches which pit you against opponents across the world. If you are new to this franchise avoiding ranked battles is a good idea to avoid playing any ranked matches until you beat the single player campaign mode and build yourself a strong mech. The arena matches can be a total blast to play even if you get annihilated by your opponent. You can see the many different mech designs people across the world have pieced together and compare how effective your strategies in combat are.

The graphics in this game are vastly superior to Armored Core 4. Arenas and battlefields have gained more detail, and even vast deserts have gained an increased number of destructible buildings. Destructible objects now blow up with more fragments being scattered everywhere. Mech detail, all the way down to individual parts, are highly detailed with lines that can somewhat be thought as where the pieces were welded together. the overall scale of some maps are huge. Some maps make it so you have to dodge Armored Fortress cannon blasts, and they give you PLENTY of room to maneuver.

Framerate is probably the biggest issue with this game. It can make completing some levels nearly impossible. Most of the time the framerate drops when there is either a ton of things happening off-screen around you or when there is a ton of graphical effects on screen. This is an issue because the largest drops happen when facing off against some of the armored fortresses in which you are being attacked with massive missile attacks trying to stop you from destroying the base.

The presentation of the game is amazing compared to Armored Core 4. The visuals are vast improved. This game is the best looking mech games I have played period, and the massive scale of some of the maps puts a lot of games to shame. While framerate drops does hurt this game, the drops aren't half as numerous as in Armored Core 4. Menus and interface is clean and fitting to the style of the game. The audio is the only thing that didn't change that much. Sound effects have been cleaned up and new sounds and music have been added. Its just that they seems old. It might just be because of the fact there has been over 17 titles to this franchise so things just seem reused or just altered from past games even if they are new pieces of audio recorded for this game.

Overall Armored Core: For Answer is extremely fun, and vastly superior to its predecessor. Thanks to the online mode, players will have to beat the game on each difficulty in-order build the strongest of mechs giving this game hundreds of hours of replayability. Even with the occasional framerate drops being this game's biggest thorn in its side, it is easy to just deal with it because of how enjoyable the experience is. From Software might not have managed to completely pull of all their promises of fixing what went wrong with Armored Core 4, but they definitely took a few strong steps forward. Anyone who is a mech fan should definitely give this game a purchase.