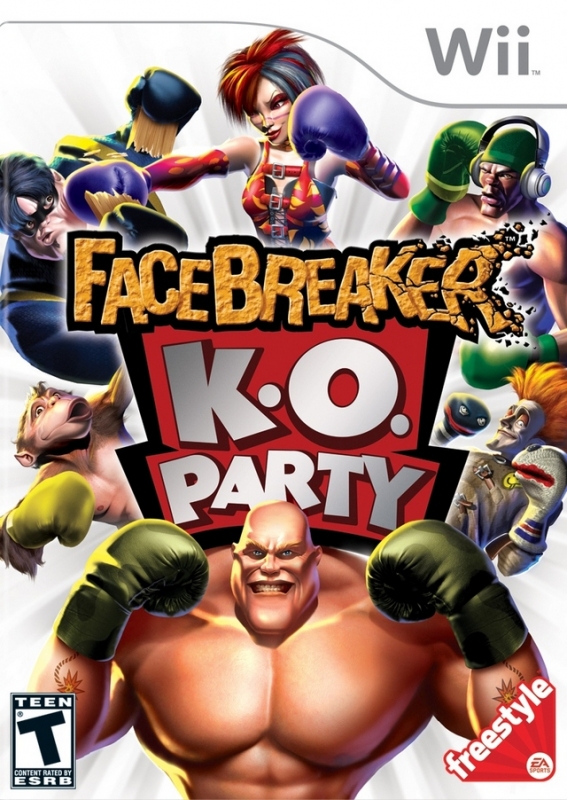 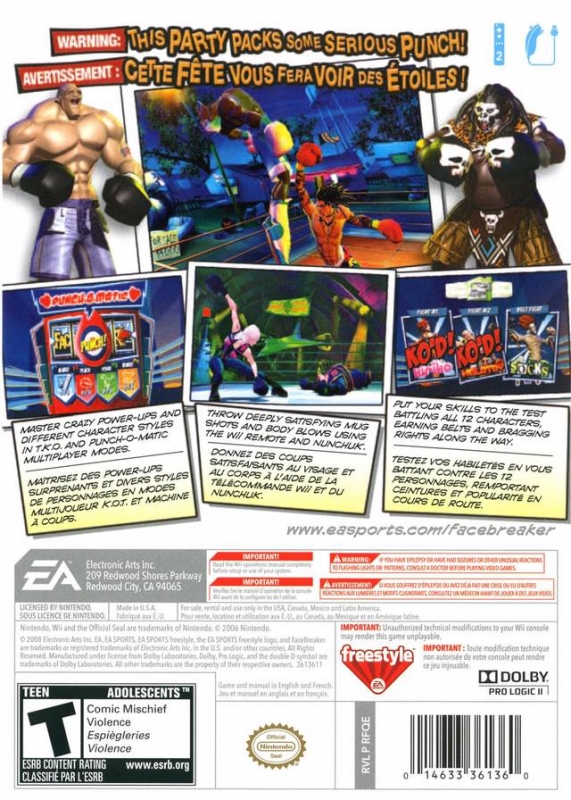 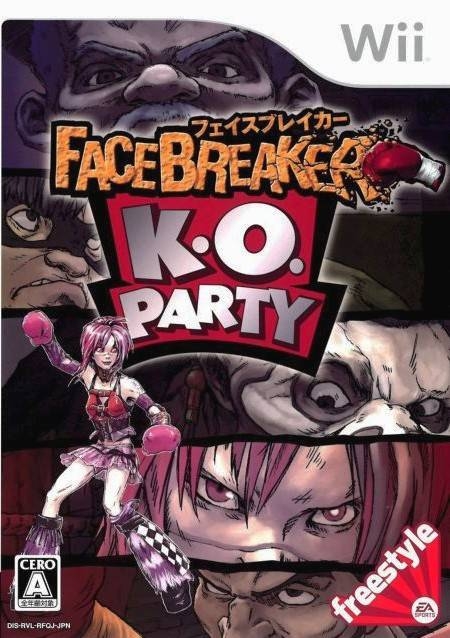 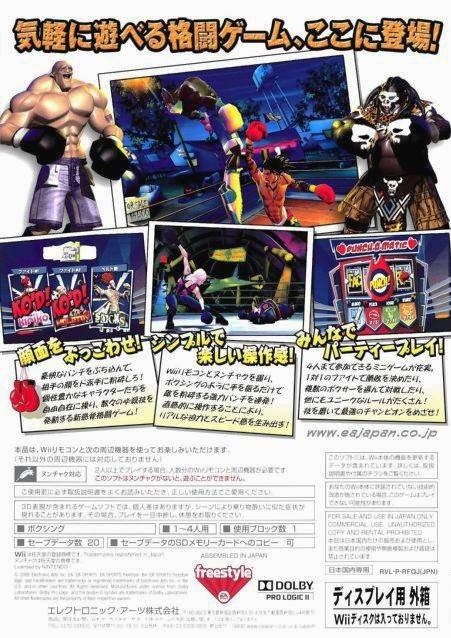 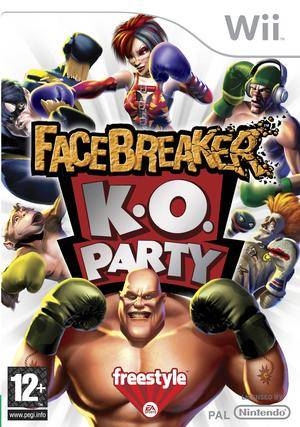 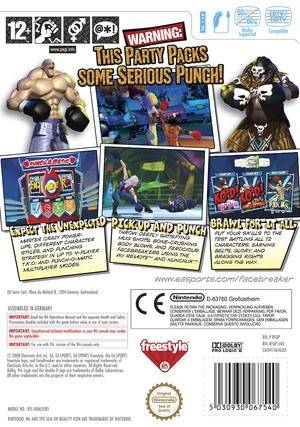 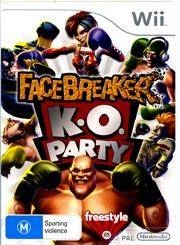 EA hits the Wii with a boxing game boasting plenty of style, but it's a bit wobbly when it comes to gameplay and lasting appeal.

Facebreaker is one of the better Wii games when it comes to visual presentation but rather weak in actual gameplay. Read on to find out if you will like the game anyway.

As most of you guys probably didn’t read a lot of previews for the game, the question is: what does Facebreaker play like? Well, let me try to explain. You control the game with the Wii Remote + Nunchuk combo. The Nunchuk is your left hand, the Wii Remote your right one. A fast move of your hand will make your character perform jabs, which are fast but weak . Tilting the Wii remote backwards will make you charge for a strong bash, which deals more damage but is also slower than a jab. This will also make your character defend him. Press the B button to hunker down. If you do a jab while holding the B button you can hit your competitor's stomach, which brings some tactics into the game. If you hit your competitor multiple times without getting hit yourself a special breaker bar will be filled – the higher the bar the stronger your “breaker”. Breakers are moves you perform through pressing the A button plus performing a jab. The breakers are (from weakest to hardest): HayBreaker, BoneBreaker, GroundBreaker, Skybreaker and the Facebreaker, which will end the fight immediately.

When the other fighter is able to perform some sort of breaker you can try to hit him with a jab to stop him. You can also block by pressing the Z button on the Nunchuk. When you block you will have to perform a jab at the right time to hit back with a counter attack. Pressing the D-Pad allows you to throw the other guy away. If you throw him into the next corner of the ring you have better chances to hit him multiple times. Getting knocked out will result in a mini game most of the times, where you have to shoot birds (!) to regain your energy.

Unfortunately the fighting system isn’t really balanced. Just hitting some buttons and doing some waggle often results in a victory (at least when you play against a friend. In the die-hard single player mode you really have to find the weakness of your competitor to win). No matter how good you are it is always possible for someone else to beat you because of the unbalanced fighting system. This can get so bad that you will have a hard time fighting someone when he knows how to waggle his way through the game. Despite its flaws, I wouldn’t call the system completely broken though. It is unbalanced, yes, but you still have better chances when you actually know how to play the game. Still, if you are looking for a serious fighter FaceBreaker won’t offer enough depth for you as the system is much more on the arcade side of things. Maybe you should see it as a kind of “casual” arcade fighting game, but nothing more.

In multiplayer mode you can fight against up to three other people by giving each player one “half” of a controller (remote or Nunchuk), or you can play 1 vs. 1. You can either choose to play with three fighters each (each round one of the players can decide which character he wants to use and who he wants to fight) or use a random fight function which has some tweaks to it (for example you have to shoot birds in one round or try to avoid getting frozen in a fight etc.). All in all the multiplayer isn’t too big either.

The graphics are solid. Granted, this is not Super Mario Galaxy but the game definitely has some style. The game uses a slightly comic–like drawing which fits rather well. The graphics are clear and the character models look nice, not that detailed, but that appears to be part of the art style. The faces are worth mentioning: after a hard fight the characters have black eyes, bruises, and all kinds of effusions of blood. The environments are nicely drawn as well. All in all it looks like EA has done its job in this regard. The graphics are one of the better parts of Facebreaker, even though they lack some polish and detail, as the basic style is really nice. Graphically the game is a solid effort.

The sound is nice as well. Thanks to “EA trax” you’ll listen to quite a lot of licensed songs in the game. The sound quality is good and the voice acting was nice as well, considering this is not a game with a huge budget behind it. Characters speak with different accents and the narrator is nicely done as well, although maybe a bit too enthusiastic.

Okay, to sum it up: if you don’t like arcade boxing you won’t like Facebreaker on the Wii either. The fighting system isn’t balanced enough and 13 characters and 13 stages isn’t enough in 2008 for a game to be considered a must have title. On the other hand the graphics and sound are nicely done and the game isn’t as broken as some reviews make it seem (at least in my opinion). Unfortunately you won’t have a long lasting experience with this game. If it wasn’t for the gameplay flaws this would have been a nice effort really. If you like arcade/party boxing games this game could be interesting for you, especially as you should find it for 40$ new. Maybe give it a rent first, to make up your mind.