When it's all said and done, Polygonal Wolf absolutely failed to make a tale that's worth telling.

Reviewer's Note: Given how inextricably tied my critiques are to certain plot points, this is a spoiler-heavy review.  You're not missing much anyways.

One of your common tasks in Behind Closed Doors is making cheeky rejoinders to regretful consumers.  The intent is crystal clear.  Even though it's treated as an aside, developer Polygonal Wolf's meta-jabs provide a window into this title's anticipated reception.  Whatever modicum of credit might be earned by being in on the joke doesn’t dismiss its innate hollowness.

You assume the role of Ethan, a somewhat-vainglorious game programmer working for an unnamed indie game company.  He grinds out the days for his wife, Julia, and soon-to-be daughter, Emily.  The work week seems to be going as planned: wake up, breakfast, work, dinner with Julia, sleep, and repeat.  But, towards the tail end of the week, something strange happens that turns Ethan's world upside down. 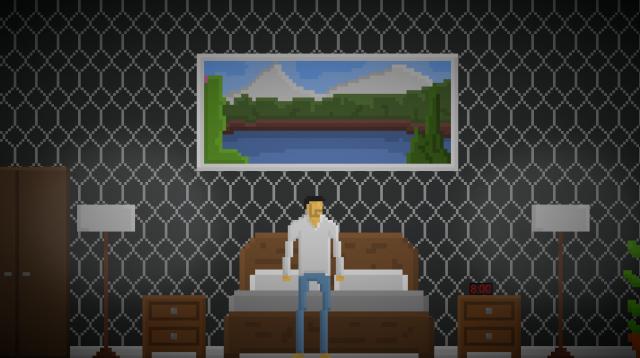 Ethan life isn't just witless email responses and programming.  The beginning of each day is a set schedule of preparing for work and casually chatting with Julia.  You can explore the house a bit, see the preparations for Emily's room, and collect a few memory collectibles.  The office space has a few other workers; an artist there is your co-partner on the new game: "Dungeon Crush."  Beyond the doldrums of repetitive button-mashing to write out emails or lay out the game's code, you have to complete the game to progress ahead.

When you get past the insipid roadblocks to load up Dungeon Crush, I understand Closed Doors' repeating structure.  The player is literally witnessing Ethan's game become more complete with each passing day.  The prosaic 2D platformer template stays the same, but the next version will get more color or new hazards.  Iterations over time make you appreciate Thursday's version compared to what you strolled through on Monday.

Even though I acknowledge its intention, it's consistently a chore to finish across all versions.  Even by mini-game standards, the platforming mechanics feel unsatisfying: slippery momentum after certain runs or jumps, slight input delay in jumping, imprecise post-jump movement, and more.  It's essentially death via paper cuts.  A collection of small-yet-perceptible annoyances seem more obvious after realizing that every death boots you back to the very start. 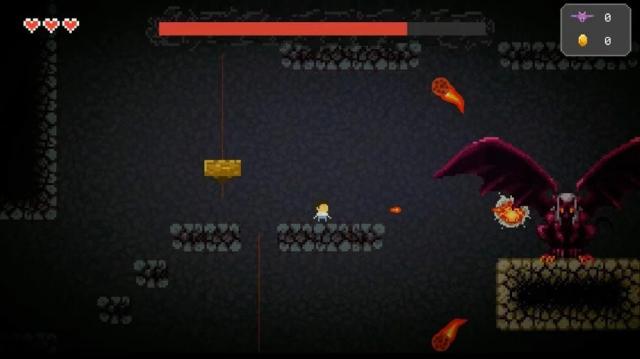 As hinted at within the synopsis, this routine of waking up, repeatedly pushing buttons, and playing a dull platformer isn't the whole story.  A sixth-inning surprise eventually finds Ethan in a strange new world where he's assisted by a ghost.  The goal then becomes to escape this new dimension and return to Ethan's family.

I'm oftentimes conflicted over these types of tonal heel-turns in any medium.  Adaptation ranks high among my favorite films of the 2000s, but I don't think it played out well in From Dusk Til Dawn.  It can be even trickier with games.  In Closed Doors' case, now instead of a stale work/platformer structure you're initially plopped into a terrible top-down shooter.  These odd slime creatures previously confined to your team's game now try to swarm you across several gauntlets.

The rules of this level are quite simple: survive each stage for 1 minute and 40 seconds.  You're afforded 3 hearts and a more powerful weapon after each new trial; naturally, the slime spigot opens up more and more with each successive stage.  Like with the 2D platforming, the run-n-gun mechanics feel too sloppy and uncoordinated.  Given many players' natural tendency to jam the control stick in various directions, allowing the aiming UI cursor to drift off-screen is something you'd think would have been caught in Q/A (or simply in demoing it).

When you combine this with the general dissatisfaction of movement, little collision detection annoyances in the environment, and so on, the difficulty goes from utterly boring to annoying.  This felt especially clear after having to complete most stages twice.  I'd – wrongly – assumed there was a competent checkpoint system in place, so I took a short break after continuous failures at Stage 4.  After retreading familiar ground and finally surmounting that tough hurdle, the last stage is just a laughably easy demon boss fight. 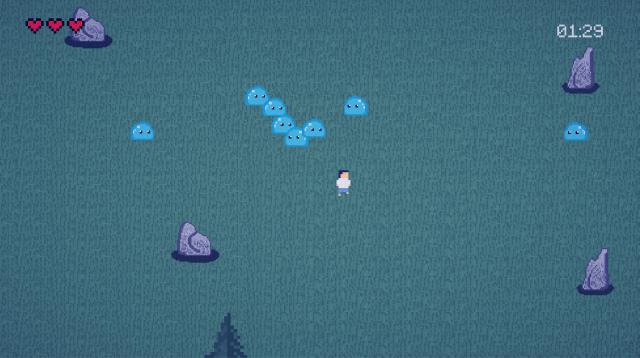 I know I'm getting specific over this one segment, but suffice to say it's another example of not getting the fundamentals right.  That same core problem carries over to the subsequent 2D platformer level too.  Although the level design is more creative than Ethan's game, the baseline mechanics and sensations still feel off.  The added shooting mechanics contribute nothing substantial to the formula either.  The final gameplay segments revert back to top-down, run-n-gun shooting and consistently stay boring.  Even the final boss can be cheesed by running to a corner, holding down the shoot button, and moving your cursor up and down.

In the end, it all blends together into this soup of mishandled story and gameplay concepts.  This weird little indie game about game development transmogrifies into crafting a magical staff to escape a different dimension, yet I can barely muster any enthusiasm in writing out this sentence.  Since it feels like such an arbitrary creative direction done in such a lazy way, there's no reason to be excited.

Although I don't wish to sound as harsh on its presentation, the retro pixelated & chip-tune aesthetic plays it incredibly safe.  There are the standard, pre-fashioned templates for Ethan's house, work, and so on.  It dips its toes into the abstract and weird towards the very end, but it's otherwise the standard fare.  I can sympathize with acquiring store-bought visual & audio assets for these types of projects, but it'd go a long way if at least some unique character was sprinkled in as well.  But that’s simply not the case here. 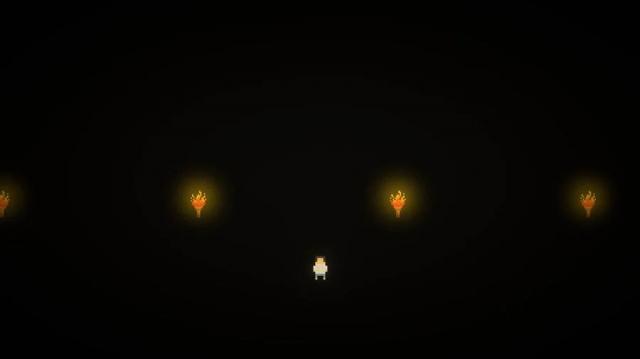 To its credit, Closed Doors' storefront description even admits a modest runtime will last around 50 minutes.  On its own, the $5 price range isn’t a calamitous affront in my opinion; moreover, my runtime was over an hour after getting all achievements (plus forcibly replaying those stages).  But what gets at me are the unfair ‘Game Over’ moments or the obnoxious padding like Ethan's means of typing out emails or writing code.  It's those considerations plus its more execrable qualities that make it unworthy of your time – let alone your cash.

Behind Closed Doors: A Developer's Tale could only evoke two distinct emotions within me: bored or aggravated.  I tend to like meta "game about game development" conceits in principle.  The issue here is each foundational pillar – gameplay, story, etc. – is so lacking that its dearth of “passable” qualities feel so meaningless.  Upon concluding with an arbitrary last-minute binary choice, the realization will hit you: Polygonal Wolf didn't make a tale worth telling; even worse, it never feels like that was ever a goal.

This review is based on a digital copy of Behind Closed Doors: A Developer's Tale for the XS