Final Vendetta is a classic side-scrolling beat 'em up set in the UK, with an impressive focus on ensuring levels feel like they’re taken straight from the late 80s or early 90s (so there are plenty of bars and public transport to battle in). The attention to detail in the background is notable, with cats sitting on rubbish cans, graffiti on the walls, and hidden items & destructible objects aplenty - it's all enough to make fans of retro beat 'em ups feel tingly nostalgia. 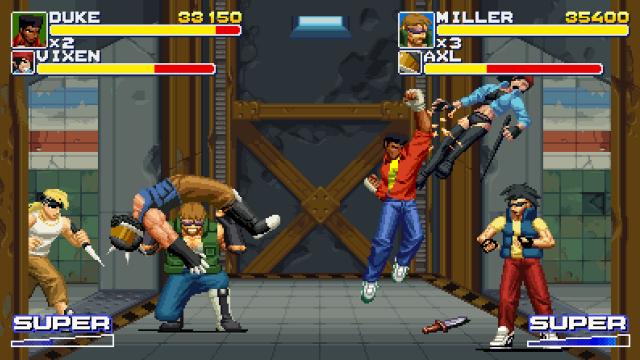 The game boasts three playable characters - Miller, Clair, and Duke - each with their own unique fighting styles. Miller is a heavy hitter, Claire is built for speed, and Duke is your stereotypical all-rounder. Up to two players (shared or split screen co-op) select a character and then embark on a quest to save Claire’s sister, Juliette, who has been kidnapped by Syndic8, as part of a narrative that follows the age-old damsel in distress trope.

Often, retro-styled titles can fall victim to average gameplay, as they emulate their technologically-limited inspiration a little too closely. Bitmap Bureau has attempted to avoid that pitfall by adding several additional abilities to Final Vendetta, including a dash move, a dodge move, the ability to block, and juggle combos. The block function only works on certain attacks, though, so overall I found the dodge ability to be much more useful and reliable. 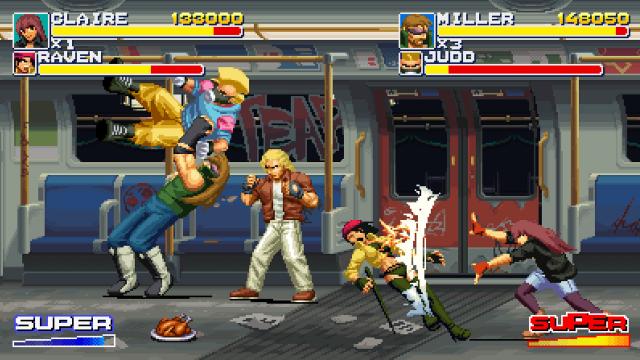 New enemy types are slowly revealed throughout the game, which keeps things feeling fresh; each one has its own abilities and fighting style, so you have to adapt your own play style to avoid taking too much damage. The same is true for the boss fights too, which are pretty fun. The boss designs alone would feel at home in a Street Fighter style game, but I would love to have seen them more fleshed out and to have known a little more about their backgrounds.

One of the best parts of Final Vendetta is the incredible soundtrack, which boasts new electronic/techno music from the popular 90s duo Utah Saints, as well as Featurecast. It really complements the beat 'em up action and I was particularly impressed by how well each piece of music suits each particular level. 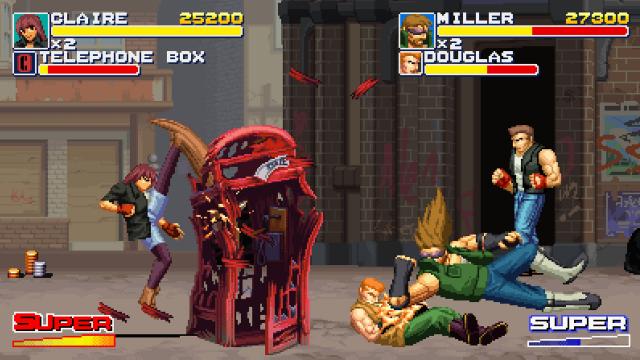 In terms of content, there are a total of five main levels and one bonus level. Each level is typically broken up into sections though, so they feel more like two-staged levels than one straight run. Despite that it still only took me around an hour to beat the game once.

As mentioned earlier, Final Vendetta is playable single player as well multiplayer co-op, using shared or split screen. It's great to see support for cooperative multiplayer, but it is a little disappointing that Bitmap Bureau didn't push the boat out further and have three player co-op - one for each of the different playable characters.

On top of the main game there are several bonus unlockables: a boss rush mode, survival mode, and an extra difficulty level. The Achievements/Trophies also have varying levels of difficulty (though none feel impossible), so if you're a completionist there's quite a bit of replayability there. It would be nice if there was also a secret unlockable character, much like in the recent and highly-acclaimed Streets of Rage 4, but alas it doesn't seem there is one. 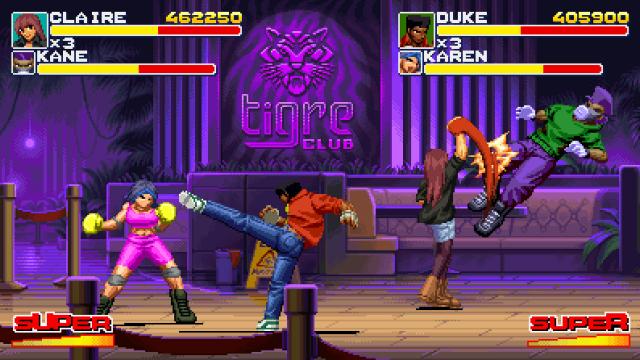 On the whole, Final Vendetta is an incredibly faithful retro-inspired side-scrolling beat ‘em up. If you want a nostalgia kick with a bit of a modern twist - perhaps to play with your kids, like I did - then Final Vendetta will definitely fill that need without forcing you to drag out all of your old kit; it even has a CRT filter to give it an authentic retro look.

This review is based on a digital copy of Final Vendetta for the XOne, provided by the publisher.