Young Souls is about two misfit twins, Jenn and Tristan, who fight underground against goblins in an attempt to save their surrogate father, but it also feels like it could be a metaphor for its creators. The game represents the freshman effort of studio 1P2P, founded in 2017 by Jérôme Fait and Baptiste Martin, formerly of Ankama. Just as Young Souls spins the story of Jenn and Tristan's first adventure, it also tells the tale of Messrs. Fait and Martin's very first project as independent developers. So, did this developer duo's 12 years of experience in the video game industry translate into an action-RPG worth playing?

The game begins in modern times, in a sleepy town with a secret. We meet twins Jenn and Tristan, two edgy teens recently adopted by a professor in a mansion at the edge of town. The twins struggle to call the professor "dad", struggle to contain their teenage angst, and struggle in general to look outside of their own selfish needs. One day they drive into town on an errand from the professor. Upon their return, they find the house ransacked and their adopted father missing. Eventually, they discover an elevator that descends to a subterranean chamber with a mystical gate that connects the human world with the goblin, or gobbon, realm. Soon, the kids find themselves in the middle of an ongoing war between humanity and gobbon-kind. 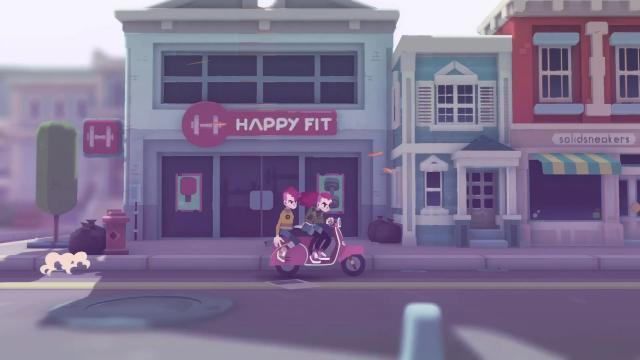 The narrative in Young Souls is uneven. The plot itself is fine, even if it appears to borrow a bit too generously from Trollhunters: Tales of Arcadia. The biggest problem relates to pacing, and arrives in the game's first hour. Young Souls leans on the flashback method of storytelling, starting at the climax and then flashing backward to the very beginning. To quote Morty of Rick and Morty, "we should start our stories where they begin, not start them where they get interesting." Once the game truly begins, it unfortunately bogs down in dialogue, exposition, and a couple of fetch quests. You might find yourself wanting to jump into combat — the title's best feature — but forced to scroll through lots of text first. It doesn't help that the angsty protagonists aren't the most lovable kids in the world.

After the first hour or so, things get better. Fait and Martin take a more hands-off approach and let the gameplay loop speak for itself. There are still story beats and cut-scene interludes — mostly following boss battles — but nothing at all intrusive. Then something interesting happens. After defeating a particular boss, the teens are met with an overpowering wave of remorse. The audience, too, feels it. There's a palpable sense of moral uncertainty throughout the game from that point. 1P2P takes the time to humanize both its heroes and villains, and to provide explanations for the genocidal tendencies on both human and gobbon sides. Toward the end of the game, Jenn says to her brother, "I didn't expect a little thing like traveling in dungeons and getting treasure to get so... heavy". You said it, Jenn. Overall, there's incredible nuance to the game. It really is remarkable. 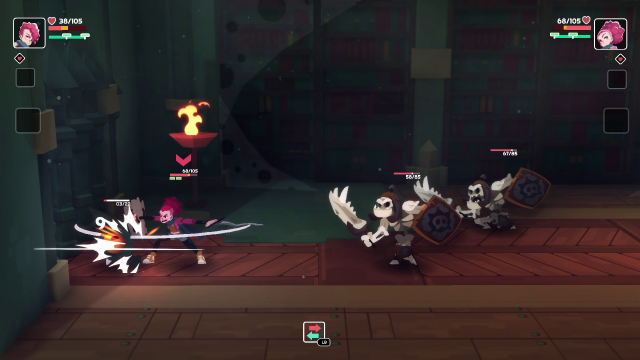 It shines even brighter thanks to an enticing assortment of loot, in the form of weapons, shields, armor, helmets, and accessories. You can buy many items in the gobbon marketplace — "goblin street", as Tristan calls it — but it's far more rewarding to find rare items out in the wild or upon defeating a particularly powerful boss. Depending on which weapons and gear you equip, you'll experience a wide range of buffs and debuffs. A few swords come with faster mana regen, while a couple of axes allow their owners to summon loyal minions in battle. Some armor pieces protect against the cold or the heat, while others will slowly heal the wearer. Combine two pieces of the same set and you'll earn a boost to defense. 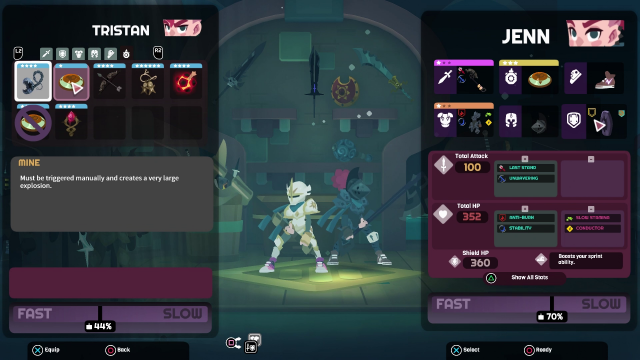 While the combat and looting loop is gratifying, the structure of the campaign is less impressive. Jenn and Tristan leap into each goblin domain through the "Moon Gate" — Stargate style — and then progress through a series of hallways and rooms represented by nodes on a network map. These are all bespoke areas technically, but at times they give off a randomly-generated rogue-like vibe. Many sections feel the same, even if they have different trappings, e.g., snow, lava, etc.

In general, there isn't much diversity to the surroundings; you'll encounter a lot of hallways with spinning blades and a lot of arenas filled with spawning goblins. This affects boss battles as well. While the game features 20+ bosses, several of the late-game baddies appear to be reskinned versions of previous enemies using the same attack formations. 1P2P tries to spice things up with dragon mounts and a sequence with ghost goblins and cursed weapons toward the end of the adventure, but it's a case of too little, too late.

Back in the human world, the twins can take a break from the action by heading downtown to buy cosmetic items and magical sneakers, or visiting "goblin street" to buy and upgrade weapons and armor. There's even a gym where Jenn and Tristan can upgrade their strength, health, and stamina stats in a series of button-mashing mini-games. 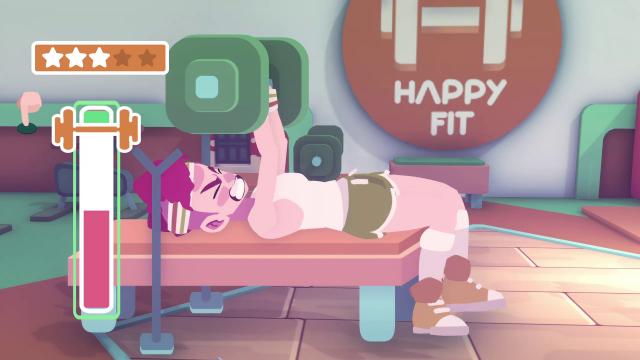 You'll probably find those gym visits to be necessary, as Young Souls is a challenging game, even on the "easier" settings. There are four difficulty settings in all, which scale everything from enemy damage to total player lives. 1P2P makes it clear that the "challenging" (read: hard) setting is how the game is meant to be played, and that "expert" will strain your relationship with your co-op partner. It's refreshing to see a developer be so demanding of its players.

Depending on how often you fail and replay sections, and based on how many optional areas you explore, your initial playthrough of Young Souls will probably land between 10 and 13 hours. The game is entirely playable solo, but it's even more enjoyable with a local co-op partner along for the ride. Co-op partners share experience, gold, and inventory, which makes for a very low-maintenance experience. Note: the game does not support online multiplayer.

Whether played solo or with a friend, Young Souls looks great. The game's hand-drawn graphics are striking, both in real-time action and during cut-scenes; the animations are dramatic; and the weapons, clothing, and gear have a lot of flair. 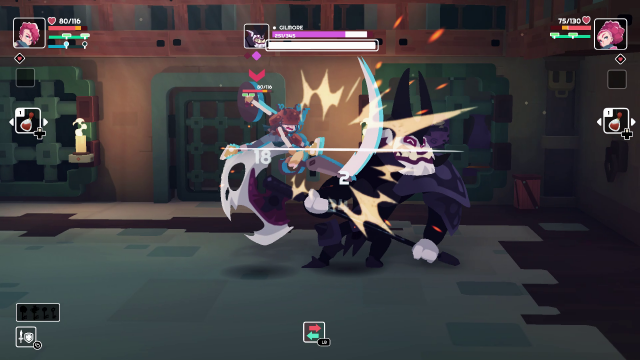 While the game's artistic merits are undeniable, its technical performance leaves a lot to be desired. On Switch, Young Souls exhibits many small, nagging issues that start to add up after a 10+ hour adventure. During my playthrough, I experienced three crashes, the worst coming immediately after a very emotional scene in the final act that I then had to replay. Apart from that, I encountered a glitch where a certain shopkeeper on goblin street wouldn't appear if I fast-traveled there; I'd have to exit the area and re-enter. The most aggravating issues, however, were smaller but more consistent: framerate drops with too many enemies in one area, lots of loading screens, and just general slowness, e.g., menus (particularly the equipment menu) taking extra seconds to load, and delayed scene and area transitions. There's an undeniable choppiness to the game, at least on Switch.

Regardless of these technical hiccups, the adventures of Jenn and Tristan — and, by extension, developers Fait and Martin — are fairly good. The story starts slowly but gets better as it goes. Fighting and looting is great fun. And the game has an attractive aesthetic that doesn't get old. A quicker start, more gameplay variety, and better performance would push this title into the next tier. Even without these things, Young Souls is a promising start for an equally young studio with something to prove.

This review is based on a digital copy of Young Souls for the NS, provided by the publisher.