With its unusual name and pixelated graphics, Olija probably won't take the video game world by storm. Yet it would be unwise to sleep on it, particularly if you're a fan of 2D action-adventure gameplay or 90s-era cinematic platformers like Another World and Flashback. While the game doesn't exploit its full potential, it's overall a solid adventure with a moving storyline, kinetic combat, loads of secrets, and atmosphere to spare.

Olija follows a young lord named Faraday, whose fishing village is on the edge of destitution. One day he assembles the ablest fishermen and sets off on a desperate hunt for food. After weeks of searching the seas, Faraday's ship falls prey to a colossal whale. Our penniless hero is thrown into the ocean, alongside his men. Shortly thereafter Faraday finds himself marooned in the unknown land of Terraphage. There he works alongside other castaways to find a way back to his own world. 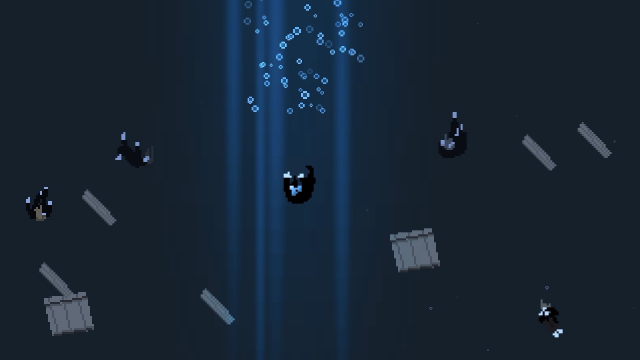 The story in Olija is something special. For one, it's an interesting mix of genres; it combines elements of adventure fiction, historical fiction, and Asian fantasy into something greater than the sum of its parts. For another, it's incredibly atmospheric. There's an air of mystery that hangs over everything in Terraphage, from its tainted waters to its crumbling ruins to its Rottenwood clan, a faction of monstrous enemies that stand in Faraday's way. In a way it's reminiscent of Dark Souls' Lordran: a long-standing, lived-in world with layers of secrets not entirely pulled back.

Then there's Olija herself, a princess of sorts who the locals revere and protect. In a very short amount of time, developer Skeleton Crew Studios is able to build a meaningful relationship between the princess and Faraday. It's remarkable what a skilled studio can do with simple 2D graphics and wordless storytelling.

Pondering the mysteries of Terraphage isn't the only thing you'll do in Olija. You'll spend the remainder of your time exploring its islands, clashing with the Rottenwood clan, searching for hidden trinkets, and solving puzzles. Almost all of these duties revolve around a magical harpoon, a powerful artifact mistrusted by the locals. In combat, Faraday can perform short-range combos with the harpoon or throw it at far-away enemies and pull himself toward them. This makes combat far more dynamic and tactical. Pro tip: including a harpoon teleportation in your combo will significantly improve the final attack's efficiency.

Faraday can also leverage the harpoon to solve environmental puzzles or pull himself to out-of-reach places in order to locate secret treasure and collectibles. There are lots of hidden items to discover: captured castaways, ships in bottles, and crafting materials you can redeem with the Hatmaker for special headpieces that grant combat powers. 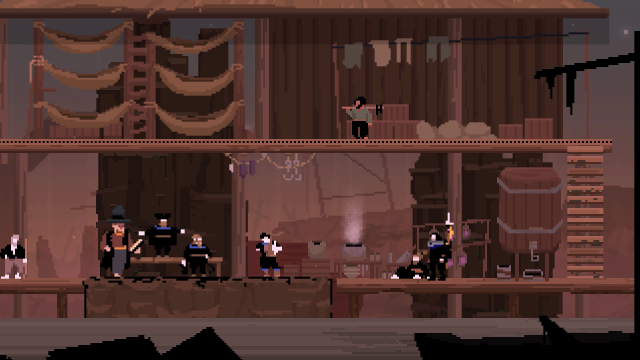 The Hatmaker is one of several NPCs that takes up residence in Oaktide, the game's hub. A tumbledown floating shanty town, Oaktide prevents Olija from feeling like a series of linear, disconnected raids into enemy territory. It's a home of sorts, with a couple of shopkeepers, an enterprising captain who will search for materials (for a price), and all the lost sailors you've saved on your journey. Since it grows as you dive deeper into the game, it becomes tangible evidence of your progress. If only it were bigger.

If only everything were bigger in Olija. The biggest problem with the game is that there simply isn't more of it. It's a solid experience with a moving story, dynamic combat, lots of collectibles, and a promising hub area — but it could be so much more. With a running time of 5-6 hours, it doesn't fully unpack the potential of Oaktide or tease out the fighting and puzzle-solving possibilities of the harpoon. In the end it's a good game, not a great one. 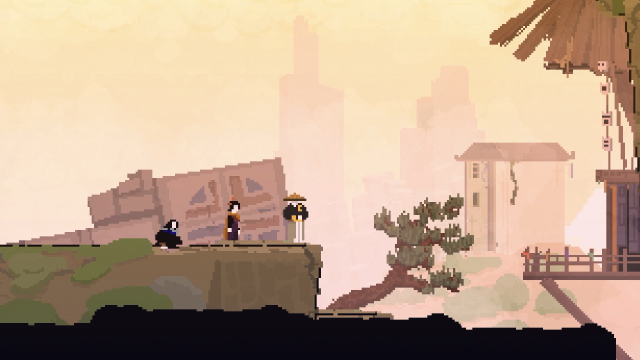 On the visual front, Olija reproduces the artistic stylings of cinematic platformers like Prince of Persia and Another World. This adds to the mysterious, surreal ambiance of the game, although if you're not a fan of pixel art it will do nothing to change your mind. Overall, it taps into a very specific, very nostalgic aesthetic.

Don't sleep on Olija. While it doesn't take full advantage of its setting and mechanics, it delivers a half dozen hours of engaging exploration, combat, problem-solving, and world-building. If you're fond of cinematic platformers, mysterious settings, and swashbuckling adventure, you've washed up in the right place.

This review is based on a digital copy of Olija for the NS, provided by the publisher.