This remake of XIII not only fails to recreate the source material but also fails as an enjoyable gaming experience.
As a remake, XIII fails in so many areas that there's no reason to justify playing it over any of the other recently released first-person shooter games or the original XIII.  Animations make the game feel flat, some sound effects are completely missing, the pacing suffers from a lot of starting and stopping unless you know exactly what to do, and there are multiple immersion-breaking instances in the game that make the story hard to follow. 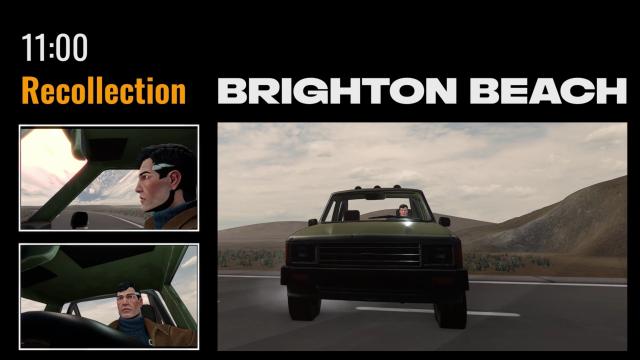 Not having played the original XIII, or even knowing of its existence before this remake, it's hard to imagine that this game could better than the original title.  It leaves one wondering who exactly it's supposed to be for.  It's not a remake that is an exact recreation, like Sonic CD was, for example.  It's not a modern take on the original game either, such as the recent Crash and Spyro remakes.  And nor is it a total reimagining like Resident Evil 2 was.  Since it's not one of those three types of remakes, why does it even exist?  It's not going to pick up new fans and, put simply, it isn't a game worth spending your time or money on. 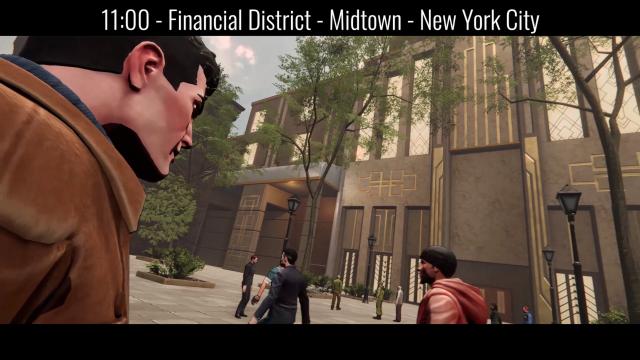 The game's main character suffers from amnesia.  You would think this would make for a story that's easy to digest, as you learn about it alongside the character you're playing as.  But the game is so riddled with bugs and shabby gameplay that it's hard to care for the characters or anything that's happening in the story.
Interactive objects, such as chairs, bottles, ashtrays, or whatever else you might want to pick up and use as a weapon will break after swinging them once - even in mid-air.  The game does little to convey to you how strong your impact is, so as you're attacking with your fist, or the handle of a broom, there's not much to sell you on the impactfulness of your strikes.  While there are hit-sparks, screen shaking and hit-stop is absent, leaving the combat feeling unsatisfying. 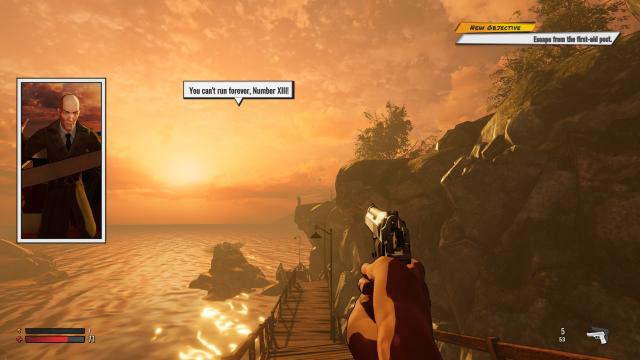 If you're thinking the gunplay is any better, then you'll have more bad news to prepare yourself for.  Right from the start, even with the lowest in-game sensitivity, it's jarring to aim, so you'll need to adjust your mouse settings as well. Guns are overall too powerful, with the exception of the pistol, which feels underpowered in comparison to the others.  Yet somehow, you're the one that's a bullet sponge.  Occasionally, there will be an enemy with body armor that takes far too many shots to take down, and you'll go from feeling like your weapons deal too much damage, to asking yourself if there's something wrong with the hit detection.
As the NPCs die, you'll see "Ahhh!" written in red text above their head - a warning sign of the identity crisis the game goes through in trying to figure out if it wants to be a comic or not.  Physics animations are almost non-existent.  Every dying character animates like a log of wood, and regardless of whether they're being shot standing still or in the midst of a running animation, characters will always stop in place and tip over into an idle stance, still holding their guns.  Picking up bodies is no different - enemies are completely stiff and straight even though they're supposed to be newly dead.  Placing a body onto any prop will make the NPC clip through it, and their arms and legs will twitch and flutter through the air until they completely fall through and onto the floor. 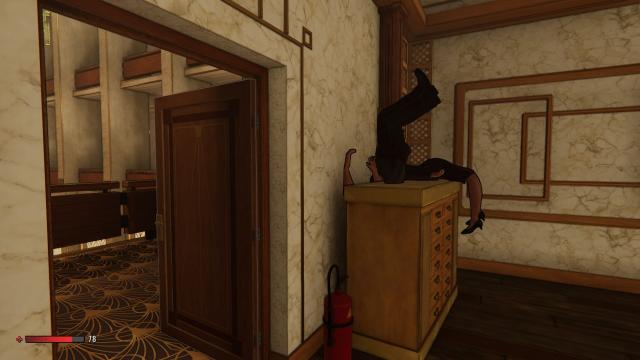 As touched on earlier, the game adopts a half-hearted approach to a comic-book motif.  You see comic panels when you headshot someone, on the game-over screen, and in the main menu itself.  There are also a few areas that include a picture-in-picture view of what's happening in other areas in the map (usually nearby), and these too have comic borders. Now, XIII is actually based on a Belgian graphic novel, and if you watch clips of the original game you'll quickly notice how much of a better job it did of incorporating the comic book aesthetic.  There, scenes looked like they were happening within the pages of a comic, but in the remake the white panelling is mostly removed, so that same scene will instead resemble an old DVD presentation with video clips littering the screen.  Graphically, maybe XIII didn't need to be cell-shaded like the original, but the way the visuals are handled in this remake certainly wasn't the way to go about it - this is not a pretty game. 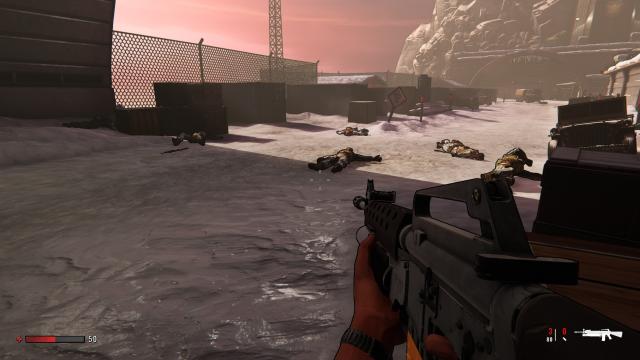 There aren't enough words to convey just how much XIII fails in every area.  The A.I. is mindless; the visuals don't mesh well together; some sound effects are missing, so that certain actions, like pulling a lever on a mounted gun, will be done silently; other sound effects are incongruous, like the one used for the grappling gun, which sounds like an old stock-effect for a fishing line being reeled out.  The grappling gun is the most enjoyable part of the game, but even that becomes annoying because of the atrocious screeching sound effect. 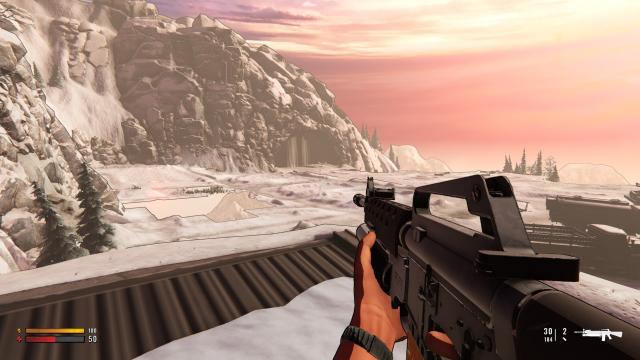 And the problems don't end there.  If you're like me and haven't played the original game before then you're not going to know exactly where to go and will frequently be left trying to work it out.  One time I was able to somehow jump up a tree and onto a roof, thinking that maybe I needed to walk along the edge to get to a window located in another part of the building.  Well, once on the roof, all the crates and structures I had seen before weren't rendered anymore. That's when I got the hint: XIII wasn't thoroughly play-tested and its core gameplay is deeply flawed.  It's a real struggle to find anything positive to say about it at all; in fact, you're probably better off just playing the 2003 original, or perhaps even give the comic a read.  Whatever you do, don't buy the 2020 version of XIII.

This review is based on a retail copy of XIII for the PC, provided by the publisher.