Home is where the port is.

If Darius Cozmic Collection Arcade doesn't sate your appetite for Taito's famous scrolling shooter series, then perhaps the Console version will do the trick. Featuring nine titles from several home consoles — including Master System, Genesis, SNES, and PC Engine — it's a thorough, if not entirely comprehensive, look at how Darius made the transition from arcades to living rooms in the early 90s.

As with the Arcade compendium, the Console collection inflates its numbers a bit. The package features nine titles, but there are really only five — maybe six — unique experiences. There's Darius Plus; Darius Alpha, a boss rush version of Darius Plus; two versions of Darius Twin; two versions of Darius Force; and three versions of Darius II, AKA Sagaia. Now, the Sega Master System incarnation of Sagaia is different enough to potentially be a unique experience, although ultimately it's a pared down version of the Genesis port with fewer zones. Still it's impressive how developer Natsume managed to capture the spirit of the arcade original in 8 bits. 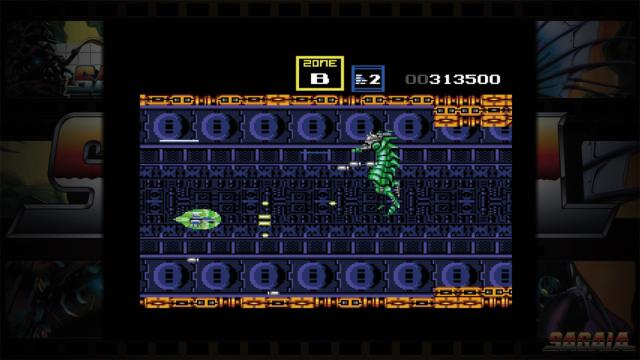 The highlights in the collection are Darius Plus, based on the first Darius game, and the Genesis/Mega Drive port of Darius II. Due to its 4:3 aspect ratio, Darius Plus is actually a little easier on the eyes than its arcade cousin; plus it removes any checkpoints and allows players to pick up from where they perished. Darius II on Genesis, meanwhile, is a faithful recreation of the original. It even incorporates an exclusive boss. The only problem: no local co-op.

Indeed, only Darius Twin, available in both Super Famicom and SNES flavors, supports two players. Due to the lack of multiplayer options, and poorer graphics and fewer customization options, the Console collection often feels like an inferior version of the Arcade anthology.

One of the most unique games of the lot — of the entire Darius saga in fact — is Darius Force, or Super Nova as it's known internationally. It broke tradition with the franchise by moving away from bosses inspired exclusively by marine life; its eclectic end-stage enemies instead are based on bacteria, dinosaurs, etc. Additionally, the game boasts three possible starting ships, each with its own bullet formations and upgrade paths. Regrettably, Darius Force brings back the annoying checkpoint system from the first Darius. 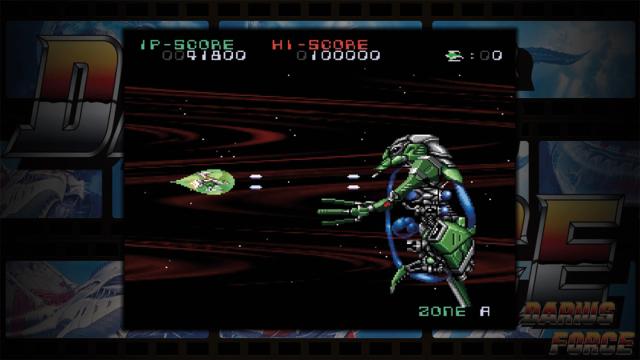 In part, that's why it's challenging to justify the Console collection at $59.99, which is $15 more than the superior Arcade compilation. Now, there are more titles in this collection, and also rarer ones — Darius Alpha, for example, was limited to 800 copies and currently commands north of $2,000 on eBay — but if you need to choose only one, go with Arcade. 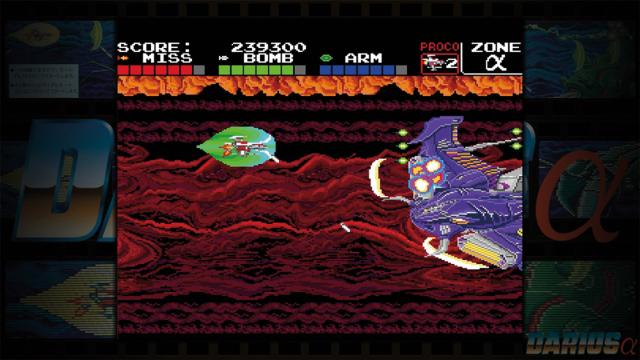 While the Console library covers most home versions of Darius titles of the era, it's missing Super Darius, which arrived on the PC Engine CD-ROM2 in 1989. With 26 bosses and music accurate to the original, it's arguably the best home console port of the premier Darius game. Yes, the collection contains Darius Plus, but it is, in developer M2's own words, "a downgraded version of sorts of Super Darius".

Speaking of M2, the studio's emulation work here is excellent, as always. Only Sagaia on Master System shows some flickering and slowdown, but those issues were present in the original.

With several faithful ports and a couple home console exclusives, Darius Cozmic Collection Console is a nice add-on for Darius fans who've already invested in its Arcade counterpart. However, it's not an ideal substitution. With an inferior line-up of games, scaled-down customization options, fewer bells and whistles, and less flexibility in general, it simply can't compete. Still, judged on its own merits, it's an adequate compendium of scrolling shooters from the 16-bit era.

This review is based on a digital copy of Darius Cozmic Collection Console for the NS, provided by the publisher.