Mortal Kombat 11 is a great fighting game, filled with tactical gameplay, tons of customization options, and a spectacular story mode. Its new expansion, Aftermath, which retails at $40, is merely decent by comparison. Featuring an epilogue to the base game's narrative, three new playable characters, and three new skin packs — one of which is available at launch — it's a nice add-on for franchise completionists but largely superfluous for more casual fans, especially when weighed against the strength and value of vanilla MK11.

The story in Aftermath picks up minutes after the conclusion to MK11. As the Liu Kang and Raiden plan for a new reality, three figures emerge from the Void into Kronika's keep: the shaman Nightwolf, the wind god Fujin, and the sorcerer Shang Tsung. The silver-tongued Shang Tsung, a villain in the MK universe, suggests an unlikely alliance in order to claim Kronika's crown, destroyed in her fight with Liu Kang; only with the crown, explains their former enemy, can Liu Kang create his own vision of the future. Reluctantly, the game's heroes partner with the sorcerer, who might as well wear a t-shirt that reads "I will betray you", and travel backward in time to a point when it's still possible to claim the crown. 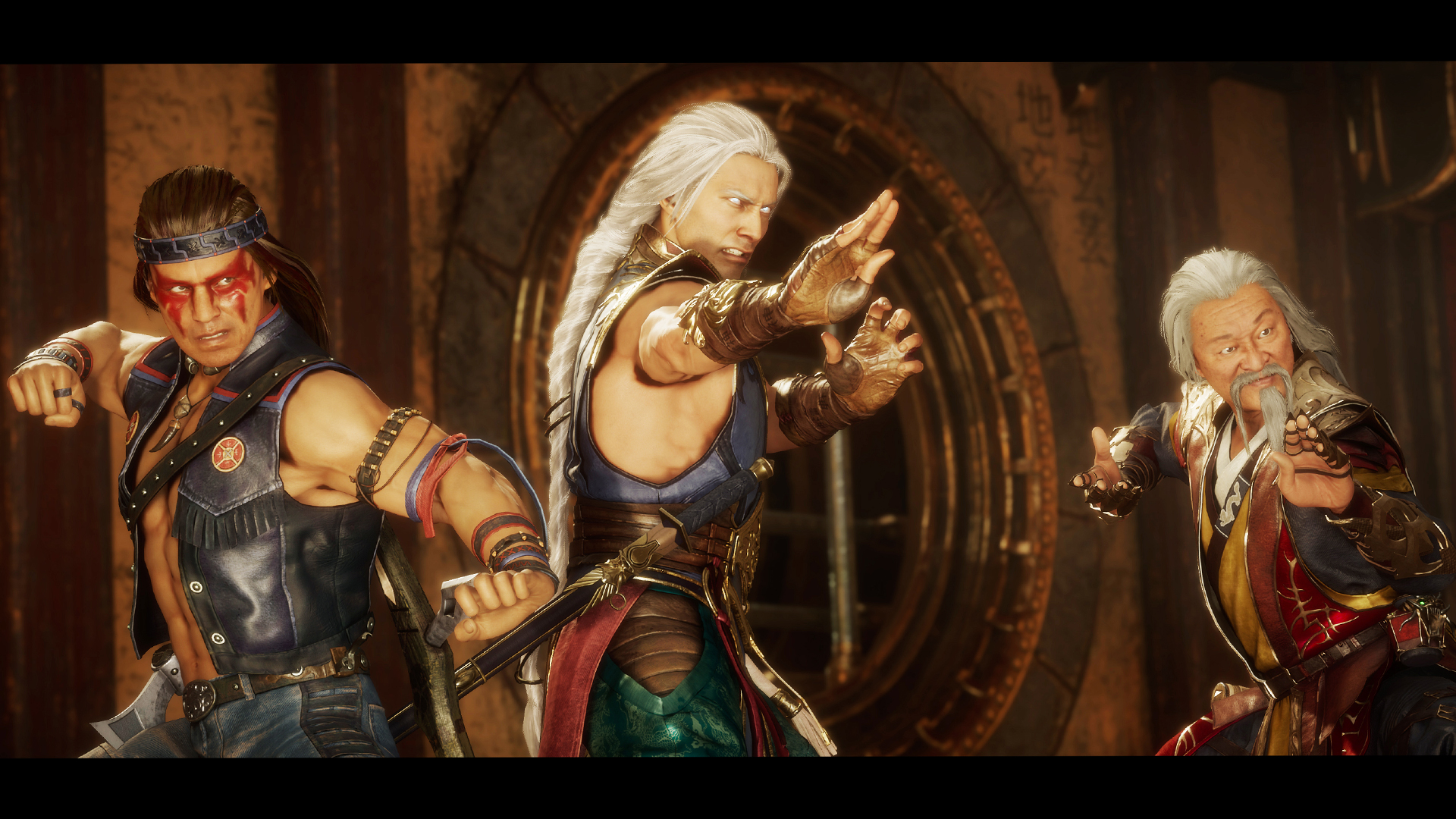 MK 11 already teetered on the edge of logic with its mind-bending, timeline-twisting narrative. Aftermath rushes head-on into incoherence with a plot-line that makes less sense (and seems less canonical) the more you think about it. Part Avengers: Endgame, part Back to the Future II, it plays around with time and alters so many realities that it's almost impossible to apply rules and reason to the proceedings. Ultimately, it lessens the impact of the original story and character arcs.

If you can turn your brain off and enjoy the ride, however, it's not bad. Aftermath features the same sky-high production values and killer choreography as its predecessor, as well as dozens of new unlockable cosmetics and a scene-stealing performance by Cary-Hiroyuki Tagawa, previously seen as Shang Tsung in the 1995 live-action Mortal Kombat movie. 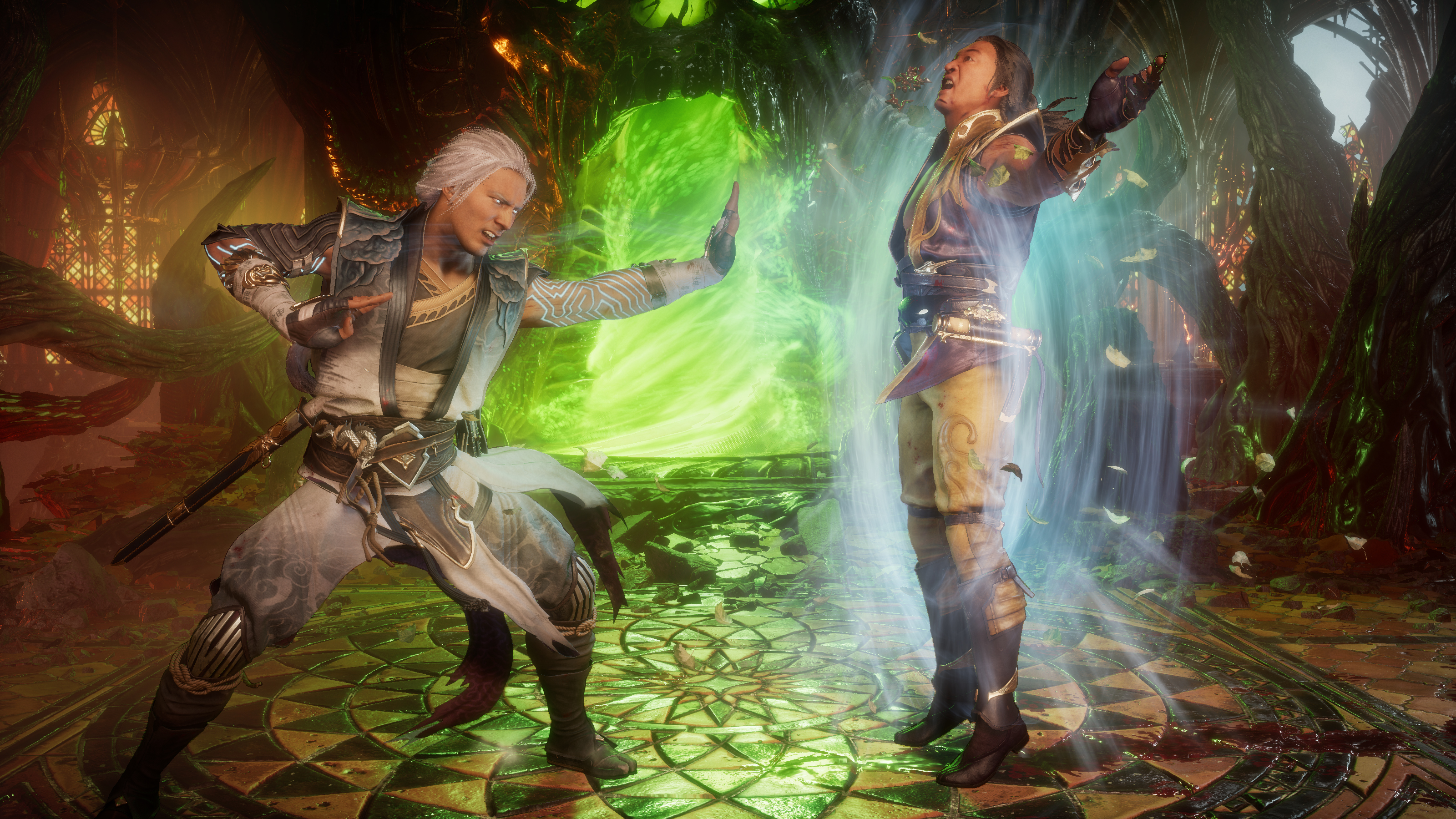 It also shines a bright light on several DLC characters, including Shang Tsung, Sindel, Nightwolf, and, unique to this expansion, Sheeva and Fujin. Just like MK11, Aftermath forces you out of your comfort zone and asks you to learn new characters and fighting styles.

The story mode of Aftermath with take approximately three hours. After that, you can still master its three new fighters: Sheeva, Fujin, and guest character Robocop. Fujin, absent as a playable fighter from Mortal Kombat since 2006, is probably the best of the new class. He's a fast and fluid fighter who manipulates the wind. Some of his more interesting special moves include Warped Needle, in which he thrusts a sword forward and drills it into enemies, and Tornado, in which he moves forward or backward surrounded by a vortex of wind. Fujin's most unique power is Sky Wakka, which allows him to literally walk on air. 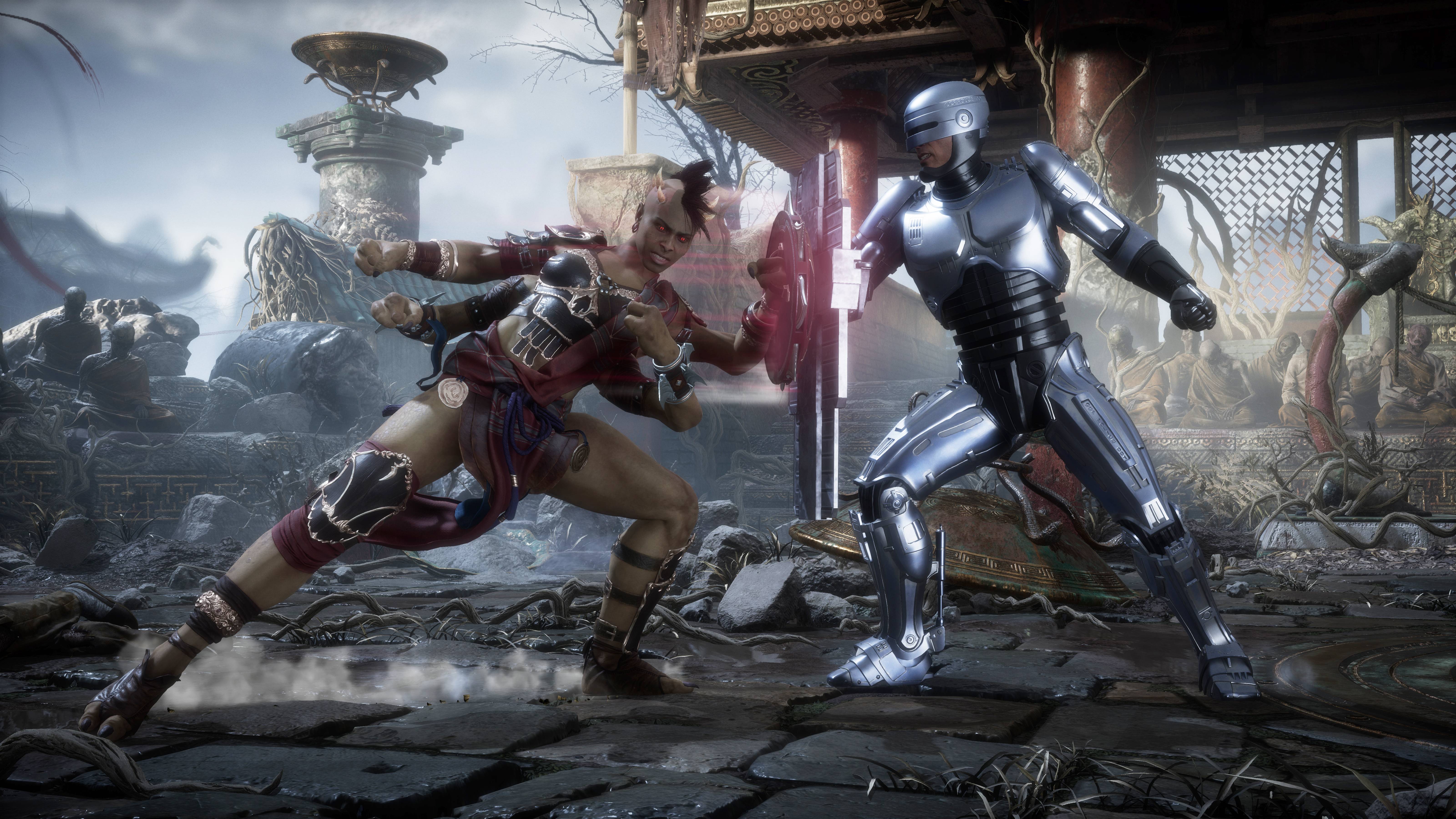 Sheeva, meanwhile, is more of a bruiser designed to tangle up her opponents. With many easy-to-learn combos and several multi-hit special moves, she's a great fit for beginner players. She also boasts a flexible special called Dragon Drop that allows her to fly off screen and come crashing down on an opponent. It's flexible because she can delay the stomp or mess with a rival's head by landing just in front of them, instead of on them.

Robocop, conversely, isn't especially impressive. He's a bit slow and stiff — by design, of course — and his moveset seems borrowed from other mechanical and gun-toting MK characters, particularly Sektor. He's a fun novelty, especially when paired against previous DLC character Terminator, but not nearly as deep or intriguing as Fujin and Sheeva. 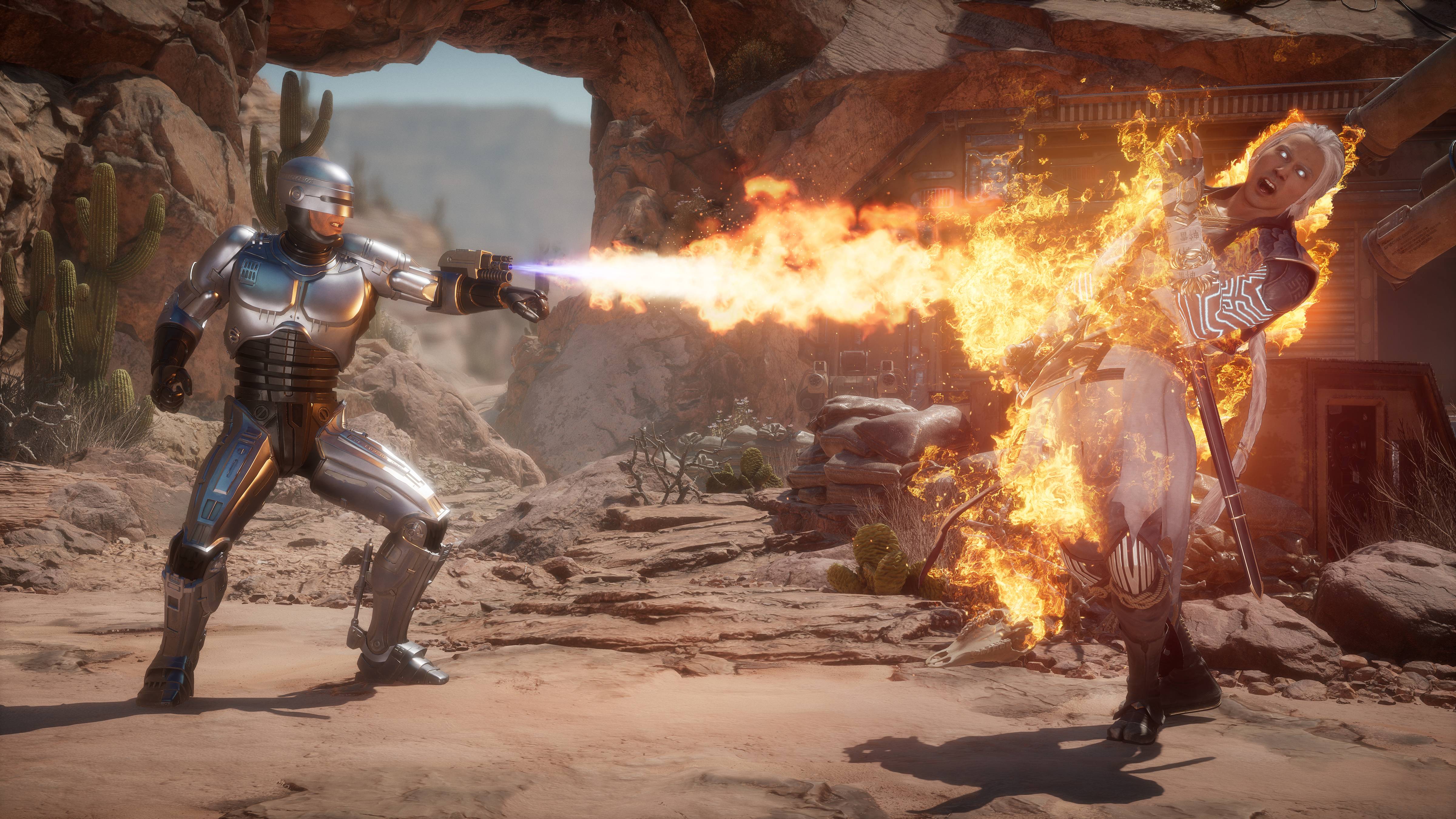 Aftermath is an okay add-on, but hardly essential. The base game is so rich in content and strategic action that the expansion seems superfluous — especially when the new storyline muddles the previous one. Still, as a vehicle for several previously-overlooked characters and an excuse to revel in Tagawa's charismatic turn as Shang Tsung, it's fine. Moreover, you'll gain access to three new characters, two of which are especially good.

The question then becomes price. If you're new to MK11, better to invest $60 in the Aftermath Collection — which comes with the base game, Aftermath, and all previously-released DLC fighters — instead of buying all components à la carte. For those who already own the vanilla version, you'll have to decide whether a three-hour story mode, three new characters, and three skin packs are worth $40.

This review is based on a digital copy of Mortal Kombat 11: Aftermath for the PS4, provided by the publisher.