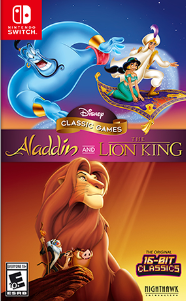 A magical package of games that treats retro games like they deserve.

As someone who adores video games from all generations and is typically playing the latest and greatest concurrently with some pixelated relic, I never find it hard to purchase retro games. I'm the target market for a collection such as this, but for the standard consumer just looking for a fun time with a great game I could see how these kinds of releases might not be a high priority. Some hold up extraordinarily well, some are average, and others are best left to extreme fans. This particular Aladdin and The Lion King collection highlights all three groups, but despite that I still believe it's a package worth your time and money. 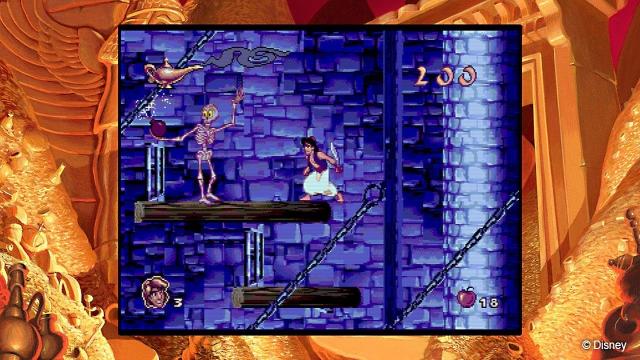 Digital Eclipse has made it its mission to treat video games with the same respect that other, more established mediums treat their histories. We’ve seen the company produce some already fantastic retro collections, such as the Street Fighter 30th Anniversary Collection, Mega Man Legacy Collection, and the more recent SNK 40th Anniversary Collection. With each of those releases Digital Eclipse has introduced new ideas to the overall package, adding more value to your purchase with each respective collection. Aladdin and The Lion King continues this trend and introduces some new features that I didn’t know I wanted, but now that I've been exposed to them I don’t know if I can live without their inclusion in future retro compilations.

Included in this collection are the North American and Japanese SEGA Genesis versions of Aladdin; the SEGA Genesis and Super Nintendo versions of The Lion King, with the Japanese SNES version thrown in for good measure; and the Game Boy releases of Aladdin and The Lion King that can be played in both their original monochromatic glory or colorized. Each version of these games is represented with the highest quality of emulation and looks and plays exactly as intended. If you grew up playing these games they will feel and look just like you remember them as a kid.

If you don't remember them then just know that Aladdin and The Lion King were both important 16bit releases. In the cluttered action platforming arena of the time they stood out as prime examples of the genre, thanks to their fluid and beautiful animations, euphonious soundtracks, and most importantly of all the great uses of their licenses. Each game made special efforts to make you feel like you were controlling the characters from the movies, in environments that appeared in those same movies. The Game Boy releases, on the other hand, are great examples of what a typical licensed game would look like in that era; sloppy controls, messy hit detection, confusing level design, and more besides. 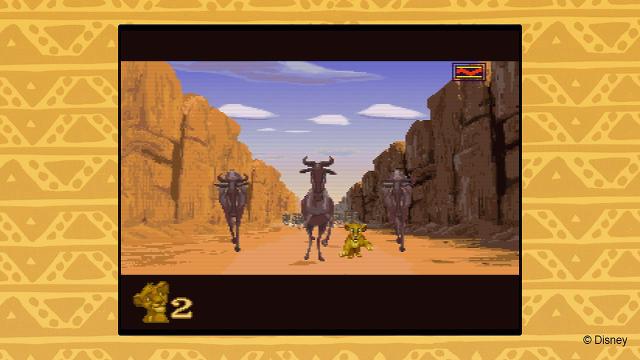 It's a great list of games for the price, but coming off the highs of the last few Digital Eclipse releases it does feel weird that some key releases from the same era aren't present - most notably the SNES version of Aladdin, which is an entirely different game from the Genesis one. And given that the company has decided to dabble in handheld territory I would have loved more examples of Aladdin and The Lion King from the Game Gear, Game Boy Color, and Game Boy Advance. This is the biggest area that feels like a step backwards from previous Digital Eclipse releases.

Perhaps to make up for what is missing the company has introduced some new feature with this bundle, and these are what excite me the most about the collection and Digital Eclipse's future releases. Firstly, there's an early demo version of Aladdin that was presented at a 1993 trade show. This version includes enemies and objects that didn’t make the final retail release and a drastically different take on the level inside the genie's lamp. It's a fascinating look at what parts of the game the original developers felt were working even early on and which parts needed to be overhauled before the final release.

Even better than a demo version of Aladdin is the Final Cut version of the game. This interpretation has bug fixes, an improved camera, and other small refinements that the team which compiled this collection felt the original team might have made had they the extra time prior to its original retail release. That game - Aladdin for the SEGA Genesis - is a great title. It still feels wonderful, it still looks and sounds gorgeous to this day, and is an immensely playable and enjoyable game. But imagine that wonderful package remarkably running even more smoothly than before and every single sword slash, leap of faith, or toss of an apple feeling perfect and always landing where you intend; that's a taste of what the Final Cut Aladdin feels like to play. I cannot overstate how incredibly this version of the game plays for a long-time fan of the original. It's a pretty incredible journey to be able to play through the early demo to the standard release to the Final Cut version. As a player it gave me more insight into the mind of the developers and different aspects of game design than perhaps any other game, and all while just enjoying a great game in its various forms. 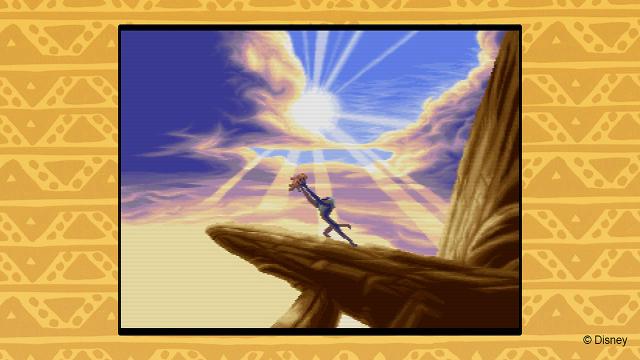 The rewind and watch features introduced in the last couple of Digital Eclipse releases are present and accounted for as well. Rewind allows players to reverse the game by around 30 seconds, in order to retry a failed jump or avoided taking too much combat damage, allowing you to essentially have a flawless run by piecing together your best moments and editing out mistakes. Watch mode takes this idea even further and permits you to watch a near flawless CPU controlled run of any of the included games. At any point while watching you can take back control of the main character and play out the rest of the game, making it ideal for those who feel that some of these retro releases are too challenging and unforgiving - a category that The Lion King certainly falls into at times. These tools allow people of all skill levels to enjoy these classic games.

If you’re like me and enjoy learning more about the games you love then there's also a feature length movie's worth of video content to enjoy as well. There are tons of interviews with developers and Disney animators, both historical and modern ones where they reflect on their experiences building these classic games. There's also a variety of other media, including copious amounts of art work, color tests, playable soundtracks, and even a 30 minutes video of the CES reveal of The Lion King game, which boasted a real lion(!) and zebra dancers. It’s a really fun watch for those who are interested in what gaming trade shows and video game reveals were like in the 90s. 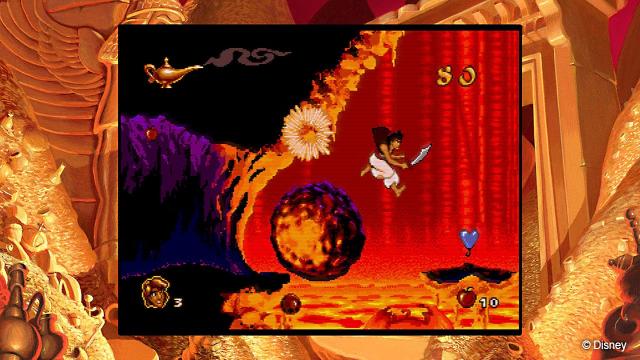 Despite missing a few key titles from each of their corresponding franchises, this collection is overflowing with content to both play and consume in a variety of ways. You can experience Aladdin from its roughest Game Boy incarnation all the way through to its Final Cut precision, or use the rewind and watch features to assist you through the African countryside on Simba’s journey to adulthood. However you choose to experience these classics, you'll be glad you did, and you may even gain some insight into why they are so revered.

This review is based on a retail copy of Disney Classic Games: Aladdin and The Lion King for the NS