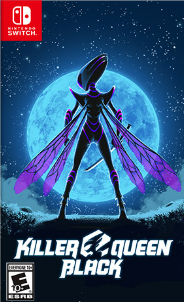 A cool little team based objective based arcade based game... based on bees.

Recreating that singular arcade experience at home is a dream that’s been chased since nearly the dawn of video games. Many have tried and most have failed to capture the same magic felt while gathered around a monitor with friends and strangers alike. Killer Queen Black takes one of the most interesting modern arcade games and slightly revises it for play at home. Strictly speaking it's not attempting to be a perfect port, but instead is shooting for that feeling of frantic competition, messy teamwork, and last second victories or defeats. 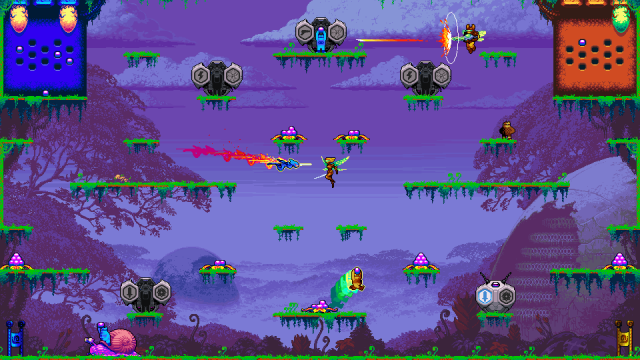 This single screen action platformer is all about cooperation. With 2 teams of 4 players it's unlikely for a single skilled player to achieve victory without the support of a solid team. The design decision to have one player from each team control a more agile and combative queen bee, while the other three members toil away as lower workers, fits the theme wonderfully. These teams are pitted against each other in a race to win in one of three ways: Militarily, Economically, or Snail. The first team to complete any of the three winning conditions takes the round, and the first team to win three rounds takes the game.

Militarily is a straightforward winning condition and just requires the opposing team’s queen to be destroyed three times. This can be easier said than done, since the queen has far greater movement capabilities than workers; she moves much like the knights from Joust, with multiple jumps flapping her higher into the air and an attack that dashes either straight forward or directly down. Workers on the other hand can only run and pick up pollen. With that pollen they have a few options, though. They can return it to the hive and attempt an Economic victory by filling all the empty spots in the hive, they can throw the pollen to interrupt enemy movement or make future collection easier, or spend it in pods scattered around the arena to transform from worker to warrior. The warrior class offers enhanced queen-like movement and a few different styles of weapons in order to hunt down opponents, but at the loss of your pollen grabbing abilities. 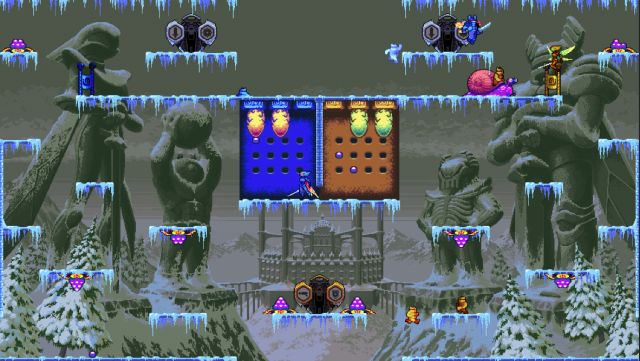 The final victory condition is riding a snail from the center of the screen entirely across the map to your team’s finish line. This one seems the most simple, but without some strong support from your teammates it's quite likely you’ll succumb to the enemy queen and have one of the opposing workers ride that snail back towards their finish line.

The three winning conditions make for a constantly hectic playfield. Not only are you constantly coordinating with your teammates about which win condition to focus on, a keen eye must also be kept on your opponents. It only takes a moment for them to close in on a goal that you’ve overlooked while focusing your attention elsewhere. Because of this communication is key to victory. In-game voice chat is available to regulate your team, which can be supplemented with an emote system of symbols to further broadcast your thoughts. The ideal way to play, though, is on the same couch with a team of four locally. It's much more fun to play with friends when you can bark orders or toss friendly barbs back and forth in person. This seems like the kind of atmosphere developer Bumblebear was hoping to capture at home, to emulate that arcade experience. If you have the game on two Nintendo Switch systems then there is also an option for eight people to play locally.

Outside of a short tutorial mode there are not a lot of additional modes or features included with this version of the game. The focus was obviously on capturing the essence of the game and not diluting it with unnecessary extras. There are, however, plans to add new maps, characters, and custom mode options down the road, so this may expand in the future. 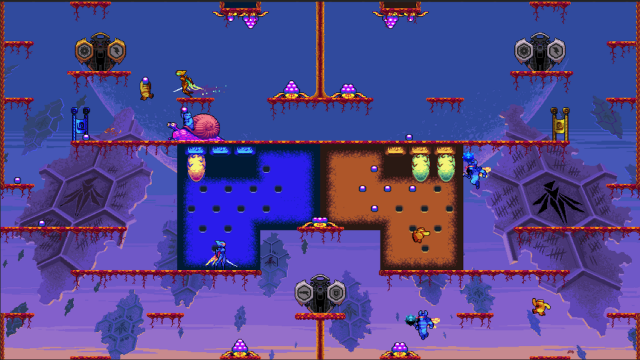 While maybe not as lively as a true arcade setting, Killer Queen Black does an admirable job of mimicking its success in that field. Its quick rounds, easy to learn/hard to master mechanics, and appealing visuals should make it inviting to players of any skill level. It's an enjoyable game, even when getting matched with strangers to play. The real magic, though, is in getting a proper team together in the same room to yell at, toss some pollen around with, and shout with triumphantly when the two queens clash and yours comes out on top.

This review is based on a digital copy of Killer Queen Black for the NS, provided by the publisher.