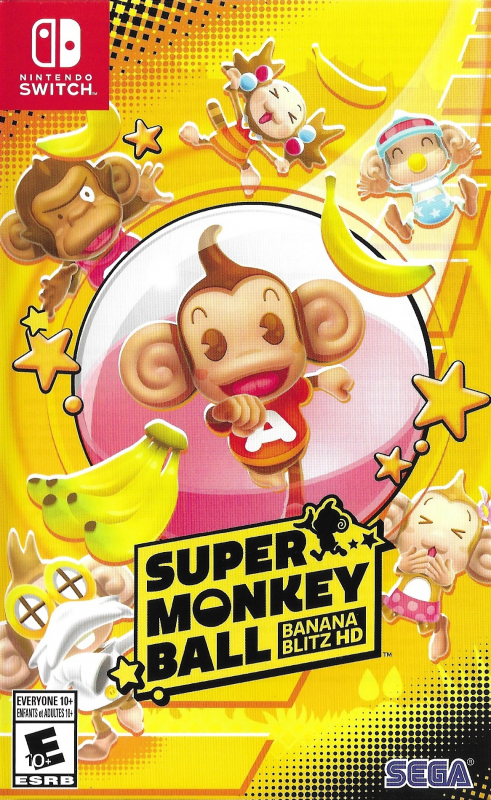 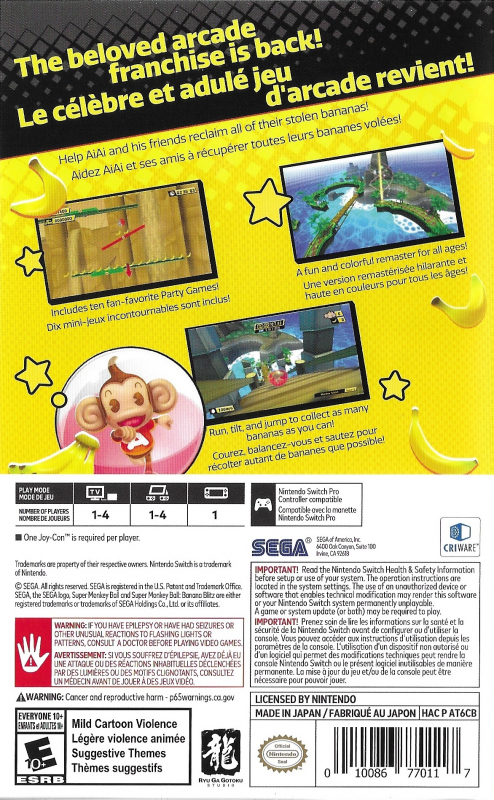 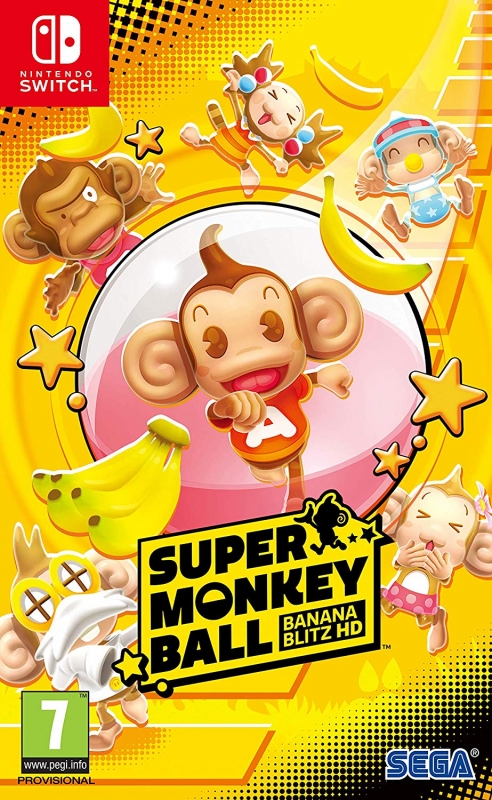 Motion controls during the Wii era were either a blessing or a curse. In some instances—Wii Sports, Metroid Prime 3, Skyward Sword—the results were revelatory. In others, building a game around motion controls was akin to forcing a square peg through a round hole. Super Monkey Ball: Banana Blitz, a Wii launch title, belongs in the latter camp. A fine game on paper, it was sunk by some wonky motion controls and a host of forgettable mini-games. Thirteen years later, the game is reborn on modern systems as Super Monkey Ball: Banana Blitz HD, with more traditional analog controls, polished graphics, and a truncated, refined list of mini-games. The title still carries with it some warts—the mini-games aren't amazing, the boss battles are forgettable, and there are a few frustrating difficulty spikes—but it's easily the most enjoyable way to experience Banana Blitz.

The story in Banana Blitz HD is short and slight, and all the better for it. The hulking pirate monkey Captain Crabuchin has absconded with the Golden Banana Bunch, and AiAi and his friends must chase after the simian scoundrel and recover their treasure. 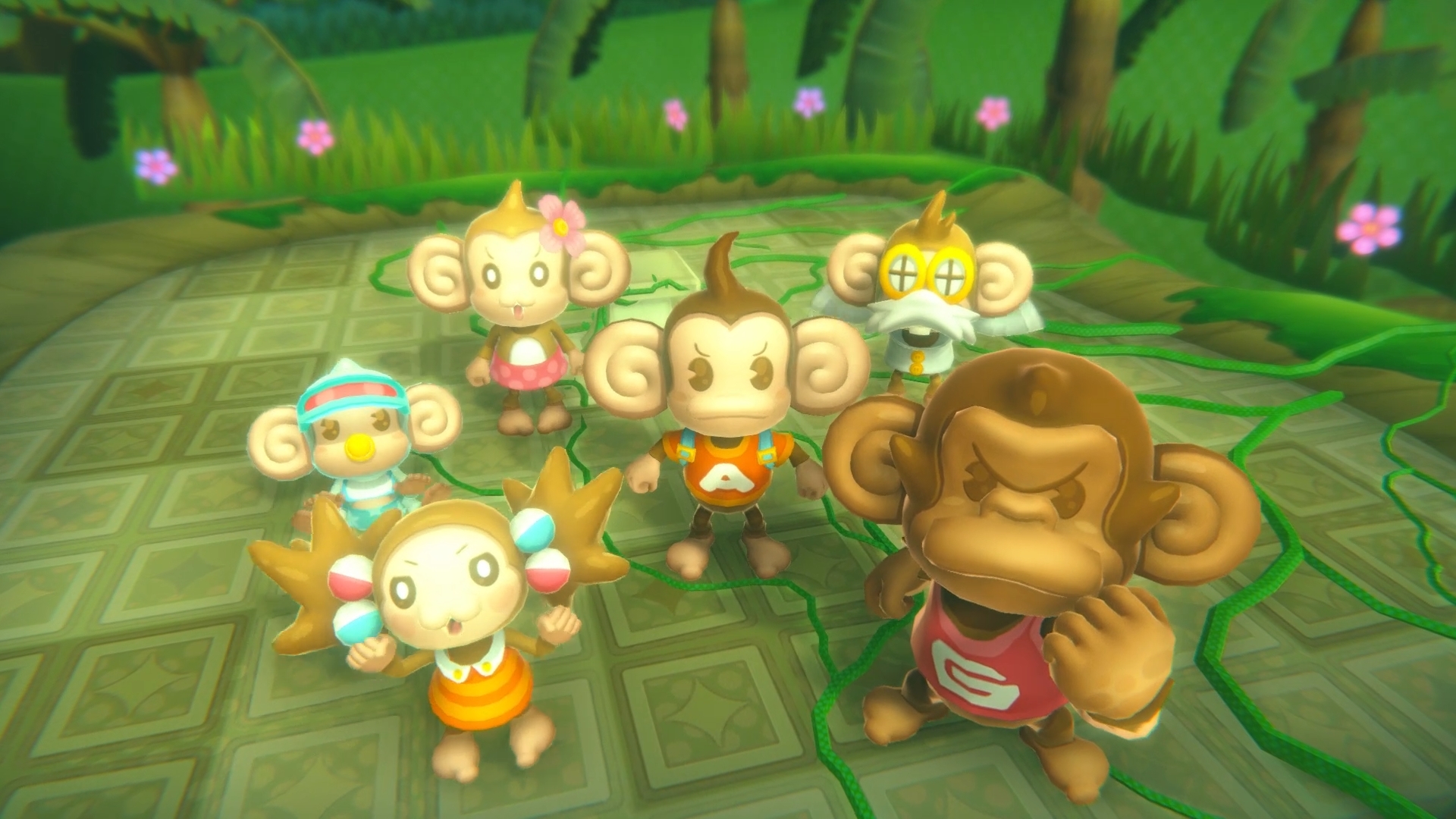 For those unfamiliar with the Monkey Ball franchise, it's a 3D arcade-platformer series where you roll monkeys in balls from beginning to end across maze-like stages—think Marble Madness by way of Jane Goodall. Banana Blitz HD, a remaster of the seventh game in the franchise, plays similarly to other installments, apart from its jump ability, a feature still exclusive to this game. Stripped of its motion controls, the title handles better than ever before. It's much easier—although not always feasible—to take sharps turns and land tricky jumps. It proves tricky at times to handle some of the platforming segments without camera control, but overall this is Banana Blitz at its most accessible and intuitive.

The game is divided into two main components, Main Game and Party Games. In the Main Game, which is a solo mode, players will choose one of several monkey heroes and play through eight worlds filled with ten stages each—eight standard courses, a bonus stage, and a boss battle. This is the big draw of the game, with dozens of clever levels, bouncy music, cute graphics, and a few unlockables including costumes, worlds, and a certain SEGA mascot. Every world has a special theme, alongside unique challenges and hazards. You'll experience crushing doors in Detritus Desert, for example, and elevators in Cobalt Caverns. 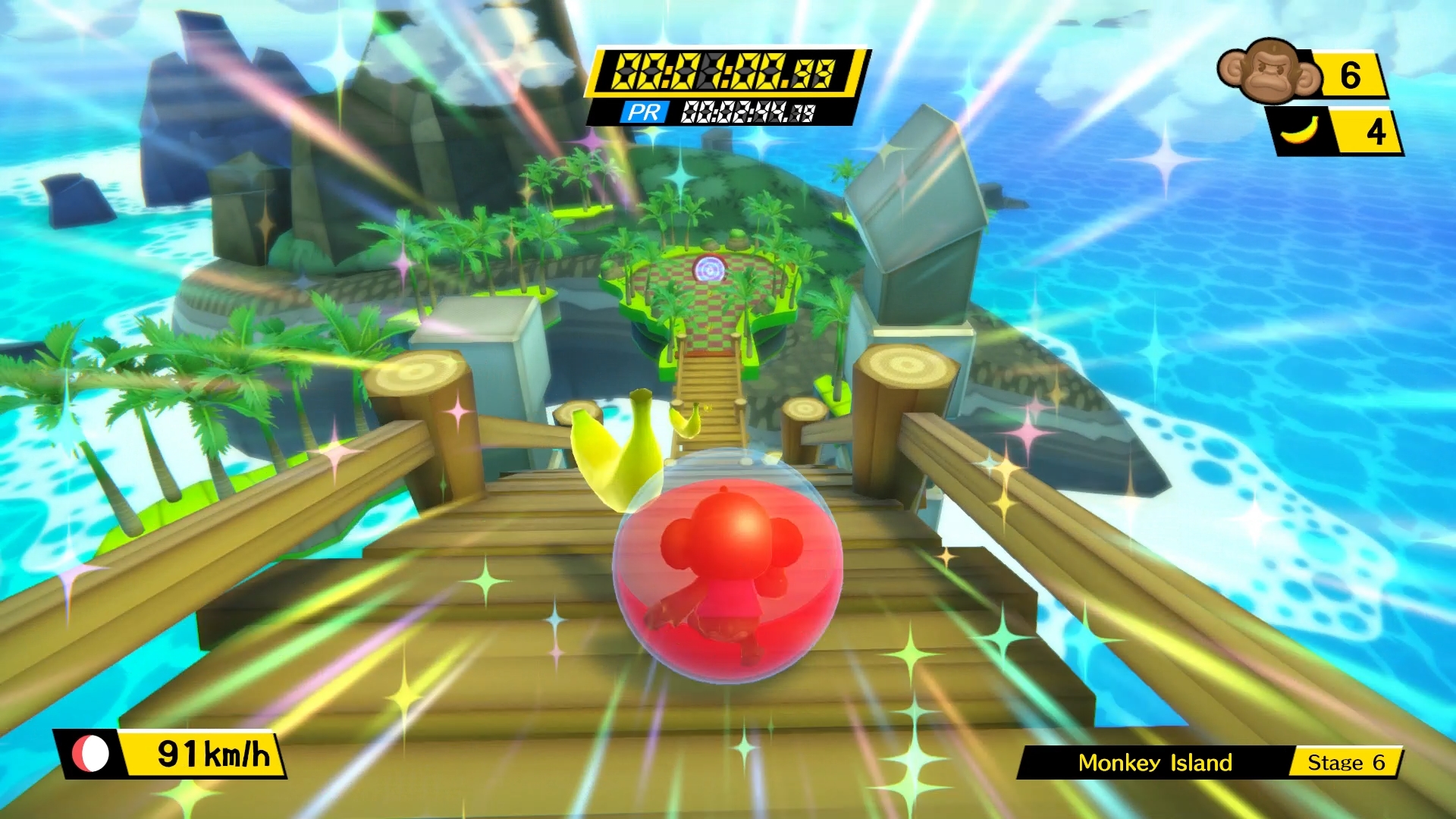 Main Game is not without a couple of drawbacks, however. There are a handful of taxing difficulty spikes, due in part to the aforementioned camera angles but also because of fussy stage designs and a few trial-and-error segments. There's actually quite a gulf in difficulty between the front four and back four worlds, with the first few steadily ramping up the complexity of platforming trials and the final few throwing up a significantly stiffer, more uncomfortable challenge.

Another issue relates to boss battles. Unfortunately, SEGA's remastering process hasn't done much to enhance these rather tepid encounters. Apart from one battle at the end of world four which plays more like a traditional Monkey Ball level—you roll over the back of a giant mechanical dinosaur, like something out of Shadow of the Colossus—the battles are either tedious, finicky, or both. Tako, the boss who sits at the end of world 5, is particularly exasperating. 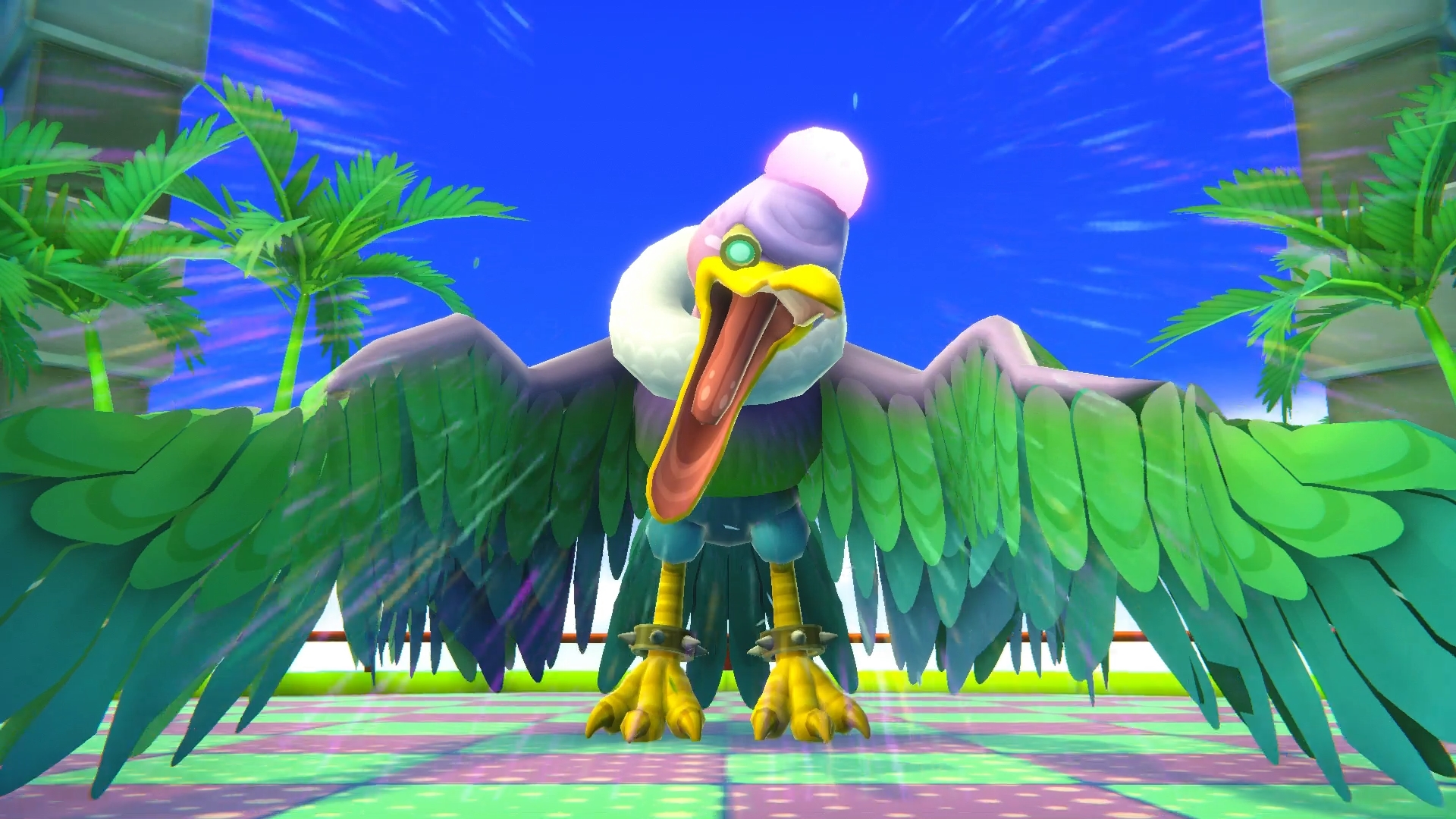 Despite these flaws, Main Game features a healthy amount of replay value. You can go for a Clear Medal in each world by simply clearing all stages for the first time, or attempt the far trickier Champion Medal by clearing all stages in order without using a continue. Moreover, you can play one, five, or ten worlds to achieve the fastest time in Time Attack, available from the main menu. The game will log your times in an online leaderboard.

If you want to bring other players into the equation then Party Games is your answer. Here up to four players can participate in 10 mini-games, pared down from the original 50. Many of the games that relied most heavily on motion controls are gone, alongside the total clunkers, like Frog Ball and Paper Sumo Fighter. The 10 remaining are a passable bunch but still inferior to the deeper, more replayable party games in Super Monkey Ball and Super Monkey Ball 2. The best of the bunch include Space Monkey Attack, a scrolling vertical shooter; Whack-a-Mole, a frenzied four-player fracas; and Monkey Target, a shadow of its original form but entertaining nonetheless. 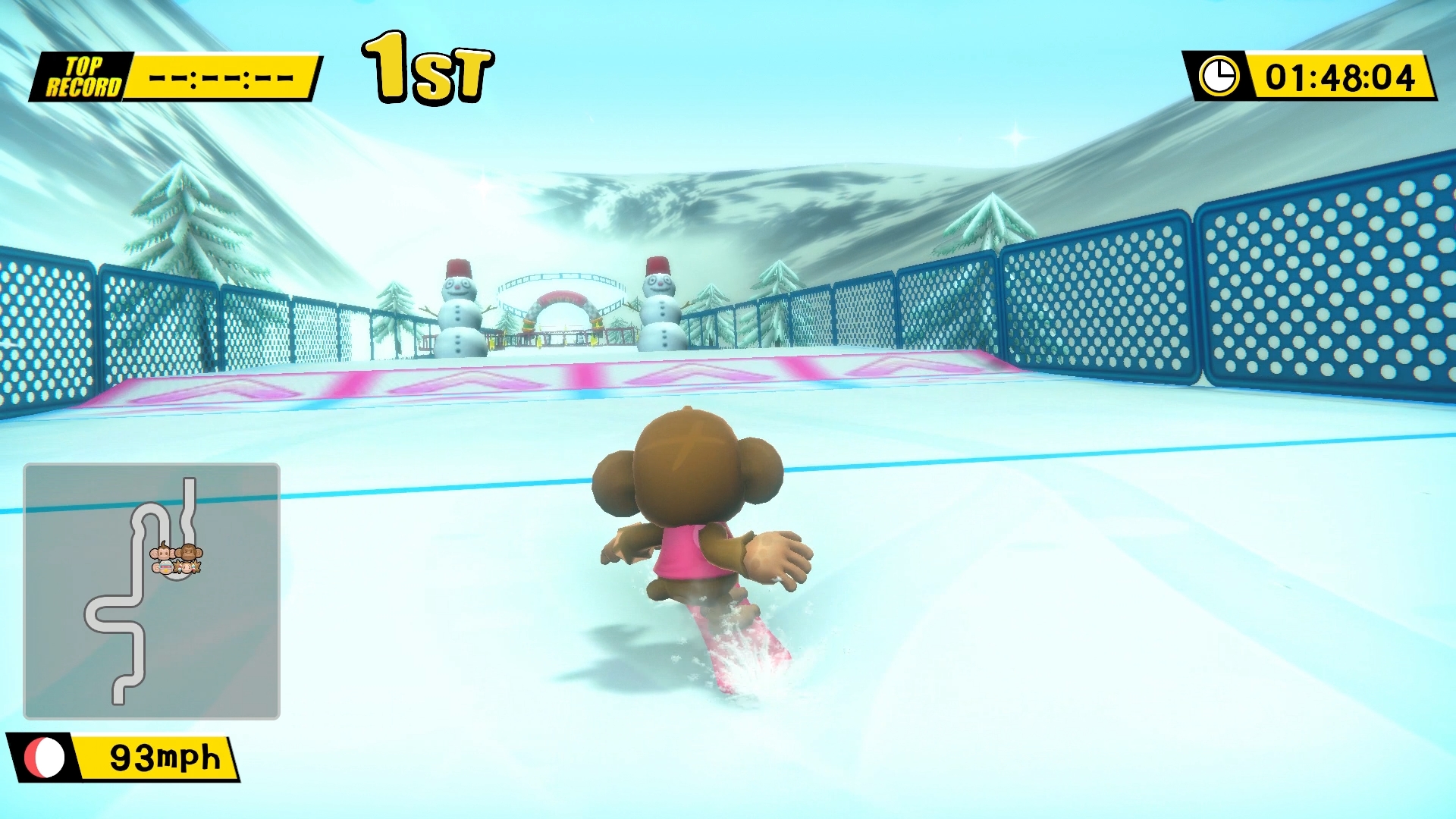 The best way to experience these 10 mini-games—and the most inspired addition to Banana Blitz HD—is Decathalon. You'll play all of the games in order, and collect points based on your performance along the way. At the end your final score is added to the Decathalon World Ranking, an online leaderboard where bragging rights are born. By stringing the games together, and turning them into a worldwide competition, SEGA has transformed a milquetoast collection of mini-games into something greater than the sum of its parts.

Torn from its origins in 2006 and enhanced with modern visuals, new features, and, most importantly, analog controls, Banana Blitz HD is the best version of the game. Its mini-game collection is meek and its story mode is weighed down by difficulty spikes and pedestrian boss battles, but its arcade gameplay, clever course designs, and Decathalon mode make it an overall decent entry in the Monkey Ball universe.

This review is based on a digital copy of Super Monkey Ball: Banana Blitz HD for the NS, provided by the publisher.