It turns out ambassador to Earth isn't the cushy job you'd expect. You have to contend with the condescension of fellow diplomats, who consider Earth, or "Erf" as they call it, a backwater world, and deal with the entire planet disappearing from space—all on your first day on the job. Such is the premise of Citizens of Space, a competent, corny role-playing game with a lively battle system, dozens of recruitable characters, some narrative woes, and too many game-ending crashes.

The sequel to the Earthbound-inspired Citizens of Earth, Citizens of Space follows the misadventures of the proudly patriotic ambassador of Earth. During his inaugural address to the Galactic Federation Assembly, he discovers that his beloved celestial sphere has gone missing. Soon he's off to retrieve the missing pieces of the planet, recruit up to 40 friends along the way, and shine a light on a shadowy conspiracy. 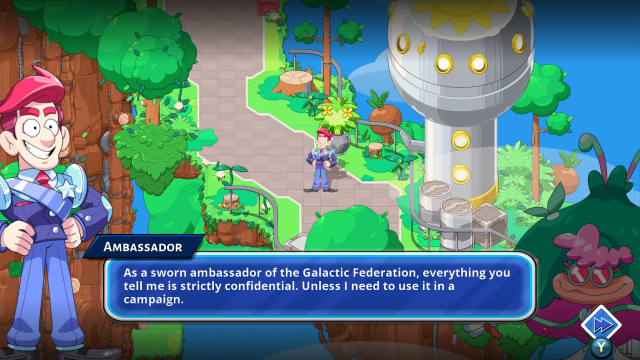 This all makes for a fun premise, and the deep-space setting allows for some wacky sci-fi locales like Charfrost, a frozen planet with a molten core where the citizens mine hot cocoa. The issue is that the characters that inhabit the universe, the ambassador included, are two-dimensional caricatures with stereotypical accents. You'll spend 20+ hours with a motley crew of humans, robots, and humanoid aliens, but you won't likely form any type of emotional or intellectual attachment to them.

Making matters worse are a few dated pop culture references, several grating voiceover performances, and some clumsy political satire. If you value engaging stories and memorable characters in your role-playing games, Citizens of Space should probably sit at the bottom of your wish list. 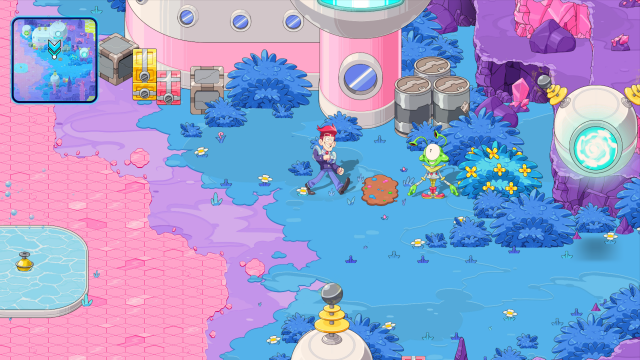 If you're a fan of games like Suikoden and Pokémon and can overlook some awkward banter, however, this sci-fi RPG might speak to you. In fact, the greatest strength of Citizens of Space is the ambassador's ability to recruit 40 characters to his cause, in the style of Suikoden, and deploy their powers in battle, a la Pokémon. Bringing into the fold a new team member, either by completing a side quest or reaching a certain narrative juncture, is always meaningful; it feels like you're assembling a grassroots coalition to save planet Earth.

Party members don't just create a sense of fellowship, they also open up new paths and possibilities. The strongest teammates will fight on the frontlines, but other characters—support and summon types—can perform tasks in the overworld, e.g., create holographic bridges, or change the literal rules of the game. 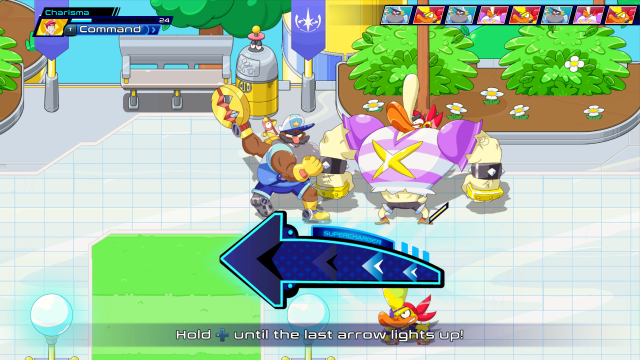 Support and summon types take a backseat during battle, which is a clever mix of turn-based fighting and quick-time events. Once the ambassador chooses an offensive or defensive move, the action will pause while a set of button prompts or instructions appear on screen. For the salty Captain, for example, you'll need to hold left on the stick or d-pad until the right moment; for the confectioner, you must press X when the spinning arrow lands in the correct area. Some RPG purists might balk at these mini-games, but they manage to add some tactile fun to a mostly cerebral affair.

Outside of character recruiting and moment-to-moment gameplay during random battles—both highlights—Citizens of Space struggles to leave a lasting impression. Its maze-like dungeons are tedious at times, and its fetch quest mission structure on the uninspiring side. There are also a few lost opportunities. The most glaring revolves around ship-to-ship combat in space. About halfway through the game, the ambassador gains access to a hulking tow ship, with rotating spheres and Star Trek-esque photon torpedoes, which allows him to conduct QTE combat in deep space. Unfortunately, it's limited to a few scripted battles. 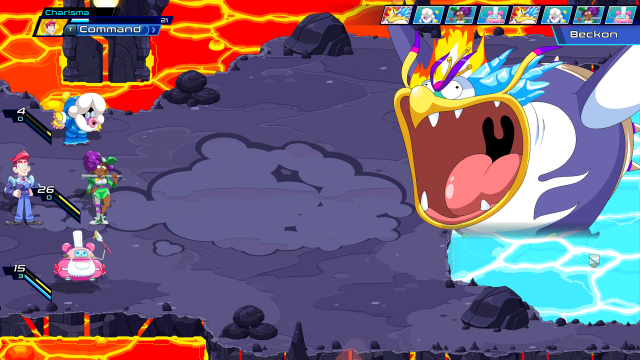 No matter any missed opportunities, Citizens of Space is easy on the eyes. Its science-fiction designs are striking, its characters are visually distinct, and its hand-drawn cartoon aesthetic stands out in a sea of pixel-art games. Despite some nifty visuals, though, the game suffers on the technical front. During my playthrough, I experienced five game-ending crashes, including two in succession about 15 minutes into the final battle. (Note that Sega is currently collecting bug reports to issue patches).

It might not be Mass Effect, but Citizens of Space is a fine outer-space RPG. Its cartoon art style is winning, its mini-game combat system is dynamic, and its collection of battle, support, and summon characters adds depth outside the main narrative. Be warned, however, that tedious exploration, poor characterization, and game crashes will spoil some of your enjoyment.

This review is based on a digital copy of Citizens of Space for the PS4, provided by the publisher.