A colorful, full-3D remake of Square Enix's ARPG Secret of Mana sequel from 1995. Thrilling combat and a dynamic class system round out this adventure.

Video game remakes can be something of a mixed bag. Modern versions of old games can benefit from a sleeker, updated coat of paint, while keeping the essence and charm of their predecessor. At the same time, it can be easy to lose sight of elements that made the original so appealing in the first place, while perhaps getting too caught up in modern glitz. At times, developers may implement too many tweaks to the detriment of the game, trying to fix what wasn’t broken in the first place.

I’m happy to say that, for the most part, Square Enix’s modern rendition of Trials of Mana is an example of a remake done right. Though it’s not without its flaws and shortcomings, the overall experience is a delightful one. This is especially true when compared to the lackluster remake of Trials’ predecessor, Secret of Mana. 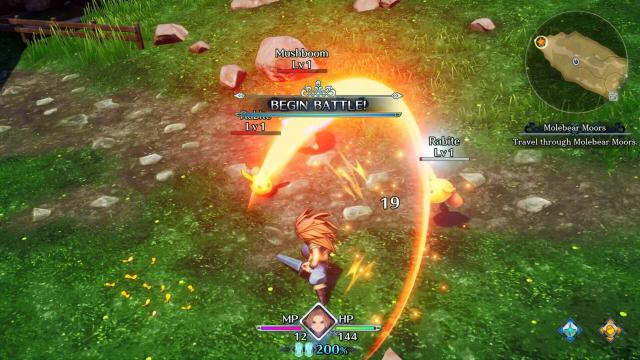 Trials of Mana takes on overtly whimsical, linear JRPG style, making its mid-90s roots quite apparent from the getgo. Though this may not be for everyone, fans of Mana and ARPGs should find much to enjoy in this ToM remake. It’s a fine complement to 2019’s Collection of Mana, which included the first-ever Western release of the original ToM. This otherwise slick 3D rework may lack a bit of the charm of the original’s crisp 16-bit sprites and retro soundtrack. Still, this version has its own visual appeal, with a vibrant cel-shaded art style and a slew of lush settings. Its melodic soundtrack is also faithful to its roots, and you can even switch to the original retro tracks to get fully immersed in nostalgia.

But what about the gameplay? Well, ToM largely adheres to the same fundamentals as the original, too - with a few minor tweaks to better streamline the experience. As was the case in the ‘95 game, much of the appeal lies in the thrilling, satisfying real-time combat. Though it can verge on tedious at times, it’s kept fairly interesting with its range of features and dynamic character classes, each having their own traits and abilities. This class system feels akin to a stripped-down Octopath Traveler, as you can choose between 6 distinct characters as your main hero, along with 2 companions to join you. 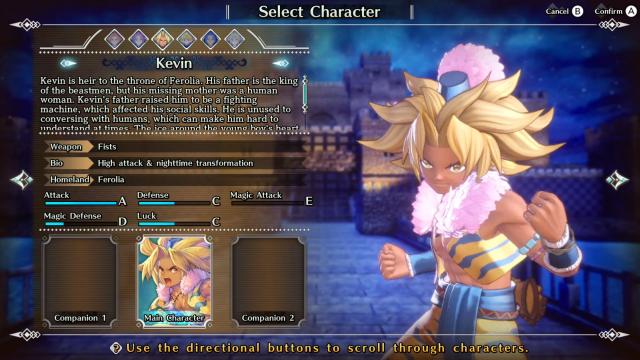 These character choices impact the narrative, as your selections will determine which dialogue exchanges and storylines are shown. This vastly extends the replay value for a campaign that’s already robust at 25-30 hours, as you’re shown slight plot variances depending on who you pick. On the flip side, this also means that there may be moments in the story that feel unclear or random, as it’ll take multiple playthroughs to get the whole picture. Still, Trials’ “save the world from evil mages” plot is rather basic anyway - and somewhat cliche - so you'll usually be up to speed. Cut scenes can be pretty entertaining, though the English voice acting tends to range from average to downright cheesy.

The game’s range of classes and customizations enhances the enjoyable battle system, too. This is really where Trials manages to shine like a radiant mana stone. The game draws from the original’s fun combat mechanic and further streamlines the flow and pacing. The action and chaos of battle almost feels akin to a hack ‘n’ slash ala Dynasty Warriors - and I mean this in the best way possible. The mechanics are solid and the action is fluid, making battles entertaining and accessible. 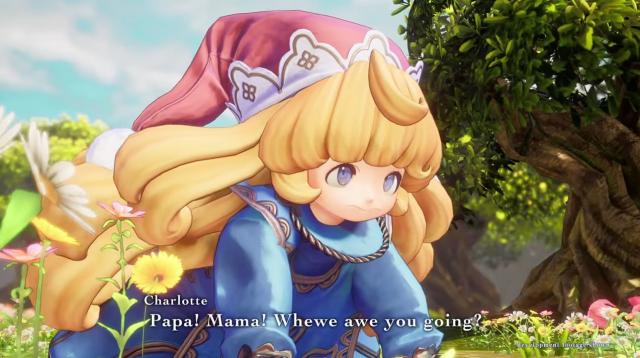 Though it's pretty straightforward, there’s enough depth and variance to inject substance into the system. In addition to basic slashes, you can utilize a charge move, as well as combos and chains that can deal more damage and whack more enemies at once. Flying enemies can be dealt with by performing a jump attack. Also, easily-accessible special moves can be used to make an impact and take down bigger, shielded baddies. You can even seamlessly swap between players with a quick tap of the triggers.

This mechanic is smooth, brisk, and helpful in spamming stronger attacks and spells. Swift, effective victories will also net you bonus xp. These rewards are a subtle but effective way of adding some depth and intrigue to the combat. On the whole, battles usually proved fun, which is vital for a game that throws so many of them at you. 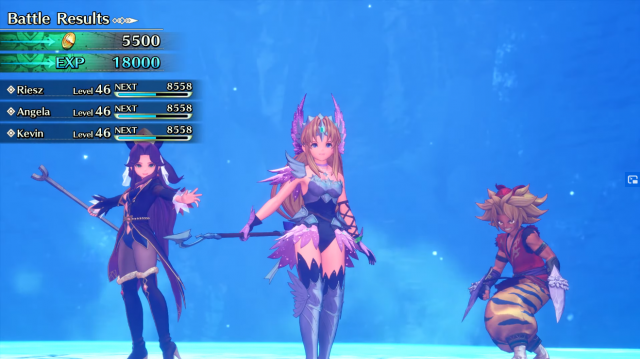 As you’d expect with a game featuring “Mana” in the title, magic plays a crucial role as well. In staying true to the series, players can access spells and buffs through a fairly intuitive menu wheel, which freezes the action upon using it. Items are also accessed in this way, and believe me you’ll be using these quite a bit. Spells are contingent on the class that’s chosen for said character, and take on a range of traits and elements. As you progress you’ll also come upon elemental beings, which will unlock more spells.

Additionally, you’ll earn “Training Points,” which are used to boost various stats like strength and stamina. This is also tied into the class system, which can be changed at certain level thresholds to unlock more abilities and stat boosts. Given all these factors, this action-laced romp can be surprisingly deep and tactical. 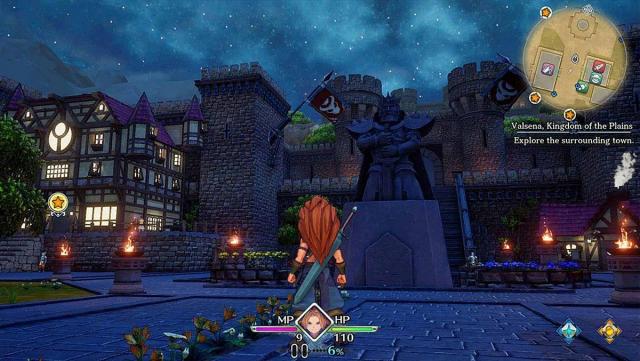 At the same time, there’s definitely an air of simplicity and shallowness to Trials of Mana in some areas. The emphasis of action over more nuanced RPG traits can certainly be appealing. Still, those who favor a deeper, more cinematic experience might feel something lacking here. The game takes a pretty linear approach, with small divergences in paths that usually just lead to more baddies and lootable items. Side quests are virtually nonexistent, and the towns and outdoor settings aren’t always the most inspiring - at least early on. Aside from the amusing dancing shop owners and innkeepers, there isn’t much incentive to speak to NPCs, who rarely offer dialogue that’s interesting or integral to the plot.

The combat, while entertaining enough, doesn’t typically take a ton of effort. This is partly thanks to some pretty astute AI, which does some of the work for you - and whose tactics can be tweaked in the menu. Though it perhaps isn’t fair to knock a game for competent AI, it makes the experience a bit too easy at times - at least on the normal setting. I didn’t often break a sweat when fighting, with the exception of a few jarringly tough boss fights. Still, seasoned Mana and JPRG players can at least bump the difficulty up a notch. This succeeds in making Trials a bit more of an intense, thrilling endeavor. 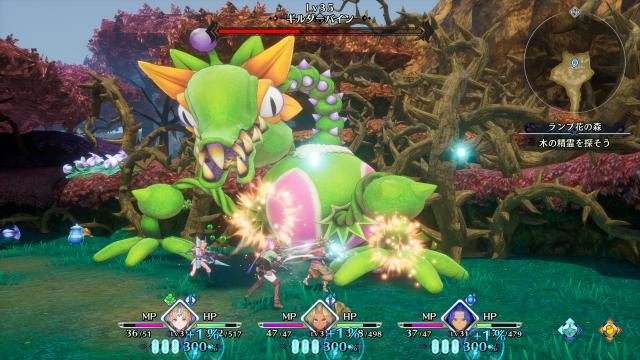 One key trait unfortunately missing from this otherwise solid remake is a multiplayer feature. It might seem silly to complain about this in an RPG adventure. Yet along with its exciting combat, colorful worlds, and rich soundtrack, the Mana series is largely known for its seamless local co-op. Considering the original ‘95 rendition of Trials had this, Square Enix’s choice to exclude it is disappointing.

But even with this omission - and some traits that can feel a tad shallow - ToM is a rich, gripping remake overall. It offers countless hours of action-laced fun, thanks mostly to its fast-paced combat. It’s a vibrant, charming ARPG that blends past and present elements, making it sure to resonate with both newcomers and RPG vets. It won’t soon dethrone the likes of Final Fantasy or Dragon Quest, but it's nonetheless a faithful remake that’s sure to satisfy Mana fans.