When considering today’s expectations for remasters (improvements & price valuation), Rehydrated is a sponge that wasn't squeezed for all its impressive worth.

"Ohhh... who lives in a pineapple under the sea?"

I should preface that this catchy theme song was one of several I grew up with.  It takes little more than a few notes to tickle that nostalgia itch for me.  The TV show’s silly attitude & unique environment were something that carried my investment across other mediums, primarily video games.  I never registered Spongebob Squarepants: Battle for Bikini Bottom as a licensed-game classic akin to Spider-Man 2 or various Star Wars titles of that era, but still thought it was a really good platformer.  Although THQ Nordic & Purple Lamp Games show an affable reverence to the original experience, I don’t absorb the same enthusiasm for Rehydrated when considering modern expectations for remasters.

The dastardly Plankton has hatched a new plan to steal the Krabby Patty Secret Formula: robot underlings at his command.  The Duplicatotron 3000 ensures he’ll manage this with ease.  There's just one problem: he forgot to hit the lever to ‘Obey’ instead of ‘Don't Obey,’ leaving him with a mutinous legion set on wreaking havoc across Bikini Bottom.  Now Spongebob, with the help of Sandy and Patrick, has to acquire scattered Golden Spatulas in order to reach—and ultimately destroy—the nefarious machine. 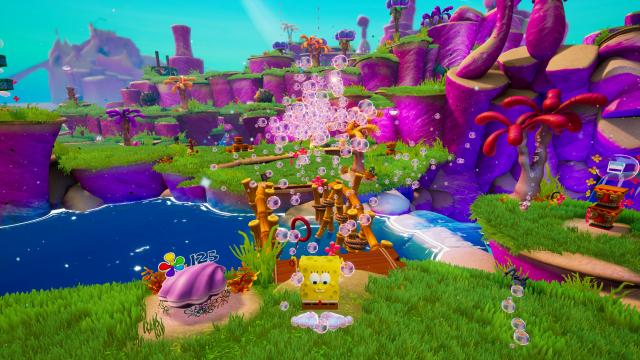 As one would suspect for a Nickelodeon show, some kind of deep story isn't to be found here.  Even in respect to Spongebob episodes, there isn't an interesting concept like addiction being examined (a la The Hooks storyline); however, they do an effective job of anteing up the stakes.  Seeing the robots’ increasingly deviant behavior against innocent bystanders straddles two disparate emotions: enjoying the slapstick physical comedy and hankering to see these drones get their comeuppance.

Whatever the threadbare plot is, Rehydrated gets a lot of mileage thanks to its comedy.  Outside of the robot-related violence, there's something about this cast of characters I've always enjoyed.  The idiocy of Patrick, the most beloved Asteroidean in all of cartoon history, still clicks for me.  The same can be said for Mr. Fish’s announcer interruptions during boss fights.  It doesn't produce dozens of chuckles per minute, yet the breezy atmosphere, tied with decent visual gags & goofy dialogue, honor Stephen Hillenburg's comedic approach.

Rehydrated's remastered visuals do tremendous work revitalizing my nostalgic memories.  Not only is the jump from say... 360p/480p to higher resolution quite surprising but so is the effort put into replicating the show's brighter, warmer aesthetic it had over time.  The rectangular Porifera-extraordinaire and his cast have never looked better in a game!  Several details from the original return with vivid detail, especially in respect to animations.  The amount of character found within Spongebob's moveset or Sandy's confidence can be intuitively felt in a way some platformers forget to communicate—even to this day. 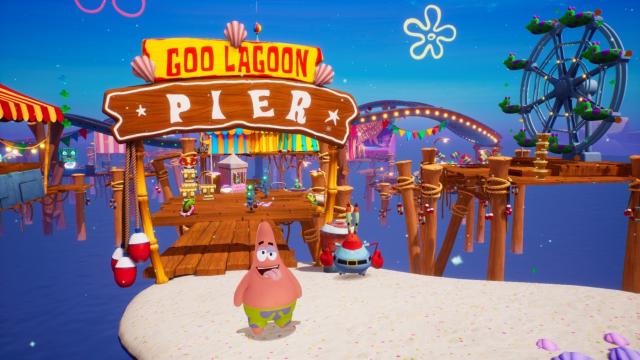 In respect to the technical details of Rehydrated, I should emphasize that all of my playtime was on an Xbox One X.  Although there are likely more patches on the way, not all versions consistently hit the 60 fps target.  Although I got annoyed on occasion with dropped frames, it was mostly consistent until the end.  Another—slight—disappointment is in not seeing X enhancements.  Between that and some visual bugs, it felt like just enough time was allotted by Purple Lamp in rehauling the graphics.

Sound didn't really get the same attention.  That's not to say Bikini Bottom even had bad sound design—far from it!  The issue is in respect to voice actors.  During Bikini Bottom's production, Clancy Brown (voice of Mr. Krabs on TV show) and Ernest Borgnine (voice of Mermaid Man) were unavailable for recording.  Both of these roles were replaced by John Whyte.  Although Borgnine sadly passed away years ago, I don't get why an effort wasn't made to get the real Mr. Krabs in a sound studio.  Compared to Brown's vocal range from soft to stentorian, Whyte just sounds like a pre-teen sea captain.  The soundtrack is touched-up and enjoyable, if a bit repetitive. 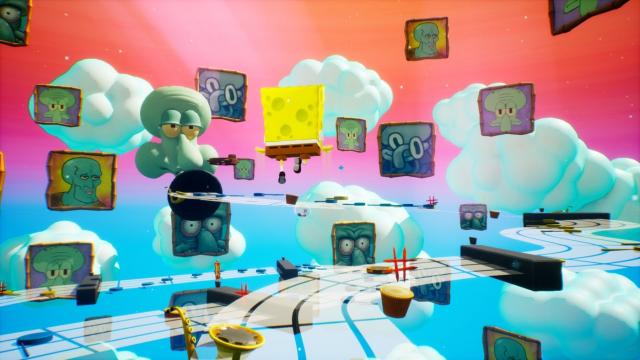 Gameplay hits many of the marks expected for a 3D platformer.  Our porous protagonist centers his moveset around bubble-blowing and jellyfish-catching: standard spin attack with a net, ground pound, uppercut, and more unlocked powers.  Outside of bosses and bubble-reinforced opponents, almost all enemies can be destroyed with said basic attack.  Although not as sophisticated, Patrick & Sandy are occasionally playable characters who bring their own twists: Patrick can throw heavy objects such as totems while Sandy's lasso enables gliding, swinging, & one-hit rope attacks.  Your potential sidekick is dependent upon the level.

In hindsight, the sidekicks are a missed opportunity.  Although Spongebob grows progressively powerful, they remain relatively stagnant.  Aside from a couple of neat instances, there's something about how... expected their roles feel over time.  Perhaps a part of that is nice, as it's intended to be treated as platforming comfort food; and yet, part of it leads to uneven difficulty management.  I don't think I ever had trouble as Sandy, regardless of what was thrown my way.  Her instant-win lasso is a design quagmire.

Most level design is quite rewarding.  In a way, the infrequency with which you acquire spatulas keeps you invested.  One may demand you complete a set list of goals while another may be hiding behind a toll for *x amount* of Shiny Objects (in-game currency).  It's also nice how adventurous the game allows you to be; little things like window sills can be actual platforms rather than set dressing, and those platforms could lead to secret spots or collectibles.  With those positives come a few frustrating negatives, namely a spastic camera in dense areas, artificially inflated difficulty spikes, and some arbitrary borders resulting in a fail state. 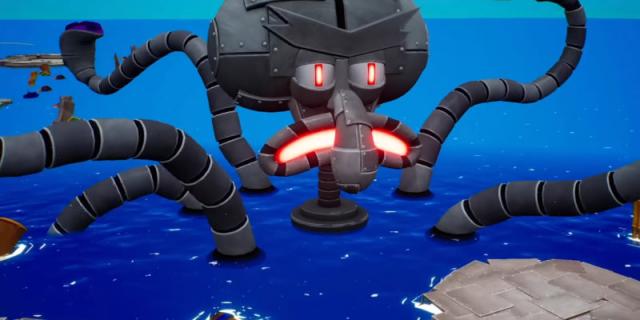 Overall, Rehydrated's gameplay structure feels limited in some respects while simultaneously holding up against current expectations.  The way it respects the license in regards to characters and gameplay variety (like underwear-spelunking or sandboarding) go a long way in engaging you in the collect-a-thon template; however, it can be really tough to fight off frustrations when last-last-gen tropes rear their ugly head—untouched by developers.

This issue invades my thoughts about the remaster effort: exclusive focus on adding previously cut content and better visuals.  I'm in a weird spot with this due to expectations.  When examples like Voodoo Vince Remastered (priced at $15) or Gears of War: Ultimate Edition ($40 at launch) come to mind, I'm slightly peeved at Rehydrated's $30 asking price.  Sure, the 2-player Horde mode variant (online or local co-op) is something; then again, how excited should I be when it's tough to find an online lobby or have a player who's willing to stick to the end?  I also don't follow the logic of "preserving" the original's code to the point of not polishing annoying camera problems.  These are the qualms that build up over time; collected grains of sand eventually forming a mound.

Spongebob Squarepants: Battle for Bikini Bottom – Rehydrated hones in on my nostalgia goggles while never quite satiating me like the original.  I'll admit I come away grateful that the overall package received some love, but that issue of "some love" gets to me.  When you see a respectable visual upgrade but clear issues left disregarded, this modestly-priced remaster feels like a limited victory for what is possibly the best Spongebob-licensed game to date.  They didn't squeeze this sponge for all its impressive worth.

This review is based on a digital copy of Spongebob Squarepants: Battle for Bikini Bottom - Rehydrated for the XOne, provided by the publisher.