Knights of the round.

Croixleur Sigma is surprisingly fun. What looks—and sometimes plays—like a generic button-mashing anime game is saved from mediocrity by a wealth of modes, high replay value, and some snappy hack-and-slash gameplay. It's a title all about realistic expectations: go in expecting a significant story or a traditional roe-playing adventure framework, and you'll be disappointed; press start expecting a repetitive, but rewarding coin-op type experience, and you'll most likely have a decent time. Be warned though: a nasty bug will prevent you from seeing everything the game has on offer (publisher Playism expects a patch within the next few days).

There is a story and setting in Croixleur Sigma—and even a Collection tab with background information on the queendom Irance and its institutions and castes—but they are the least essential things in the game. Basically, a group of young nobles and knights tackle a monster-infested gauntlet in the Vernal Magic Knight Academy to determine which constituency is best. Along the way, there's a bit of silly verbal sparring and some heart-warming female bonding between the participants. 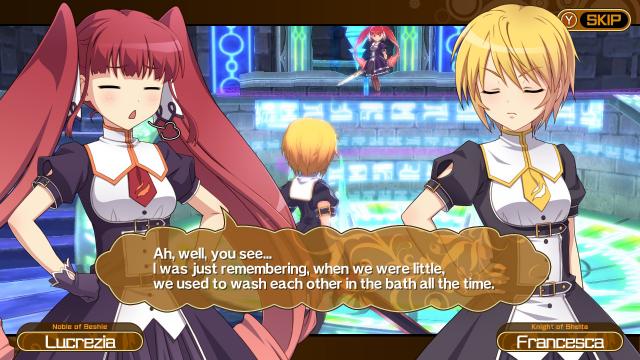 If you're uninterested in narrative, you can skip through most conversations and interludes and get right to the core of Croixleur Sigma: hack-and-slash action. Across several different modes, players will guide one of four girls through a series of samey circular arenas, each with waves of monsters. The goal: defeat each wave and clear each floor until you hit the end, making sure not to die or run out of time in the process.

Combat is snappy and straightforward, at least compared to the mechanical audacity of something like Bayonetta. The A button performs a three-hit combo; B jumps; Y performs a quick dash (this can be pressed again and again, as long as you have MP, to literally fly around each arena); and ZL plus a face button performs one of four special attacks, which also drain MP. In addition each playable girl has a unique powerful area-of-effect attack that's super useful in a pinch. By combing dash, attack, and a range of special moves, you can make each arena your playground. 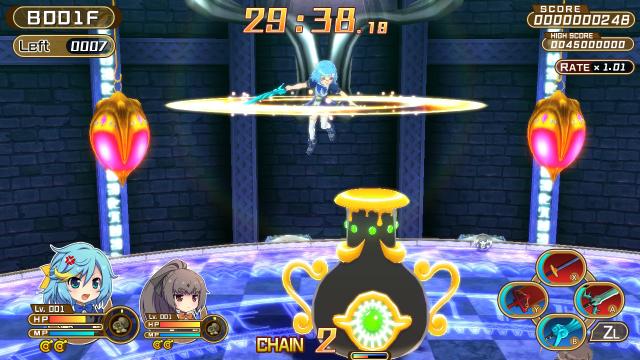 These mix-and-match movement and combat options are useful because Croixleur Sigma features some monotonous venues, enemies, and situations. You will be clearing almost identical circular rooms again and again throughout your time with the game, instead of, say, moving forward through diverse environments with unique monsters in a more variable campaign. This is not a God of War or a Devil May Cry, with a strong through line, permanent upgrades, and adventure elements; it's a simpler experience focused on replayabilty and repetition.

This narrow focus on replay value works more often than not, thanks to several playable characters, six modes (seven if you include Training Mode), dozens of unlockable weapons, a large assortment of purchasable accessories, online leaderboards, in-game achievements, and (limited) local co-op. So while you might be fighting the same fights over and over, the benchmarks and rewards for success will constantly fluctuate. 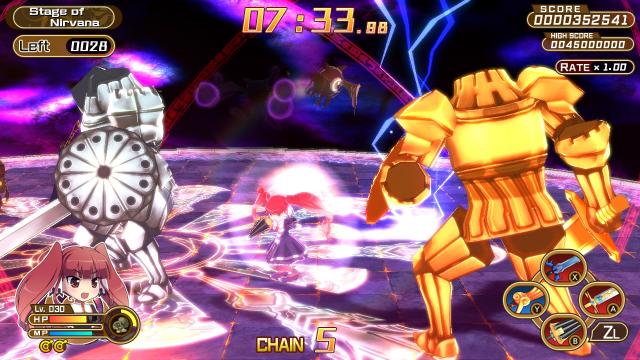 You can tackle story mode with four different characters, each with unique weapons and endings, or try out Score Attack or Survival Mode. Also available is Challenge mode, a set of discrete challenge rooms with a specific theme, e.g. "defeat the large monster before time runs out." Then there's Dungeon mode, a gruelling journey through 50 levels of increasingly-difficult scenarios, that's unfortunately unplayable on Switch. Only by completing Sara-Annika's Story Mode can players unlock Dungeon mode. Sadly, upon finishing it, the dreaded message "the software was closed because an error occurred" pops up, and nothing is saved (again, Playism has promised a patch to fix this).

Even with this glitch, the range of modes (and corresponding unlocks), achievements, buyable equipment, and online leaderboards grant players an incentive to revisit the game, regardless of repetitive gameplay. It's a shallow game, yes, but it's substantial. 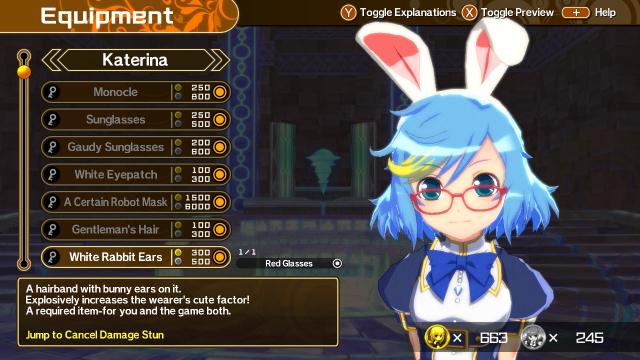 Croixleur Sigma is a fast-paced arcade title that prioritizes performance over graphics—one frustrating bug notwithstanding. So, you'll find a smooth 60 FPS experience underneath some generic models and assets. There's nothing deficient about the game's art direction, but neither is there anything about it that's specific or remarkable.

You'd think a game with superfluous storytelling, repetitive gameplay, and relatively shallow hack-and-slash mechanics would struggle to coalesce into something decent, but this anime action title manages to do just that. Its monotonous floor-clearing loop is offset by some fast, crisp combat; its repeat encounters and enemy types mitigated by a wealth of modes and high replay value; and its generic assets and who-cares storyline a non-issue, in the end. Arcade-style hack-and-slash fans: this one is for you.

This review is based on a digital copy of Croixleur Sigma for the NS, provided by the publisher.