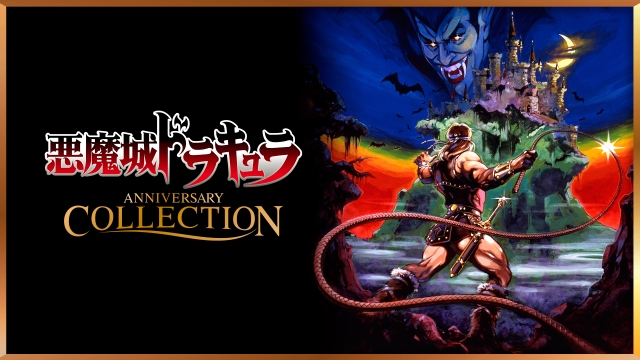 While Castlevania's future may be in doubt there's no denying the greatness of its past. Enter the latest Konami 50th birthday compilation, Castlevania Anniversary Collection, which captures the slice of the franchise before it veered toward non-linear action-adventure. Featuring titles from 1986 to 1994, it's a near exhaustive look at the foundational action-platform games that defined Castlevania before the advent of PlayStation. Disregarding one glaring omission, it's a worthy collection, with several good or great games, some welcome quality-of-life features, and a digital history book that covers the origins and early life of one of Konami's signature series.

Altogether, the Castlevania Anniversary Collection hosts eight games, all perfectly ported by M2 (Sega Ages) from original platforms like NES, Gameboy, SNES, Famicom, and Sega Genesis. These include the original NES trilogy, two Gameboy titles, Super Castlevania IV, Bloodlines, and, for the first time in North America, Kid Dracula. Every one is available immediately from the main menu, where scrolling text introduces the backstory for each. 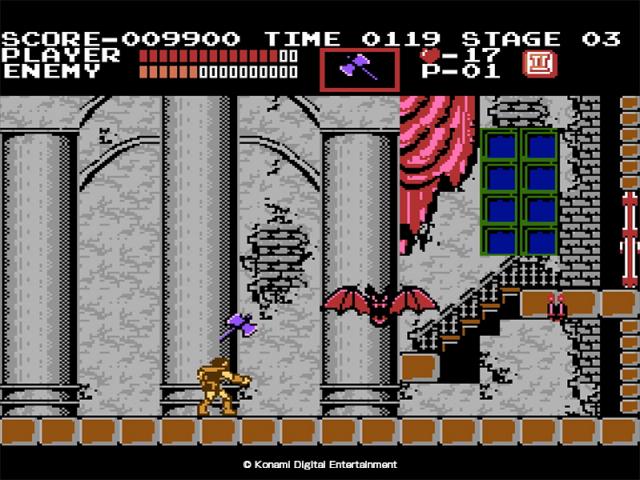 Every single title in the collection is noteworthy, if not excellent. The premier Castlevania, despite its age, is still a fun, atmospheric adventure through Dracula's castle. It's sequel, Castlevania II: Simon's Quest, often considered the black sheep of the early franchise, can be frustratingly cryptic, but its experiments with RPG systems, open-world elements, and a day-night cycle are intriguing. The most beloved of the original trilogy is the prequel Castlevania III: Dracula's Curse, which returned to the first game's straightforward gameplay but added branching paths and unlockable characters, to which players could swap mid-level.

Castlevania: Bloodlines, the youngest game in the collection and the only one from a non-Nintendo platform, is remarkable also, thanks to two starting characters, wild level design, unique primary weapon upgrades, and secondary and tertiary attacks for sub-weapons. Due to its speed and missing Castlevania staples, it's the most atypical of the compilation, but it's a welcome addition nevertheless. 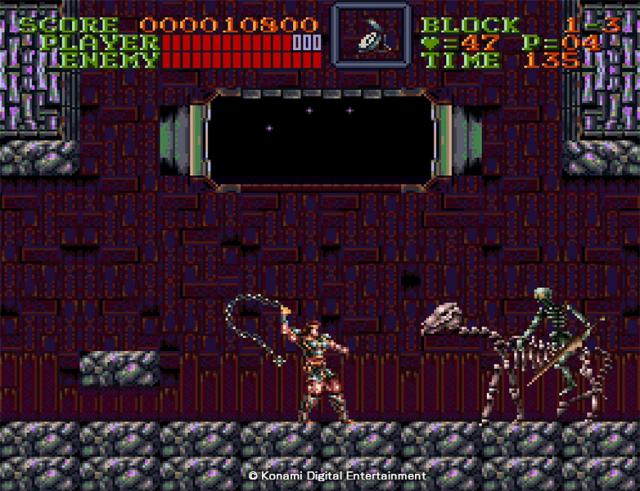 The best of the bunch—and one of the two greatest Castlevania games released before 1997's Symphony of the Night, which changed the rules forever—is Super Castlevania IV, a reimagining of the first game in the series. Released in 1991, this SNES title turned the series' stiff, weighty platforming and inflexible whip controls upside down, granting players control over hero Simon Belmont mid-jump and the power to manipulate his iconic whip in eight directions. These liberating movement and fighting mechanics combine with staggering level design, thick atmosphere, amazing graphics (bolstered in spots by Mode 7), and some of the best music and sound design in video game history.

Regrettably, that other great Castlevania game of the era, Rondo of Blood, is conspicuously absent from the compilation. Leaving out titles like Symphony of the Night or the GBA/DS adventures makes sense here, if Konami is attempting to capture a set of games with similar templates and mechanics—and, honestly, the franchise is so rich it could support two more collections on top of this one—but there's no excuse to leave out the last great "classic" Castlevania game. 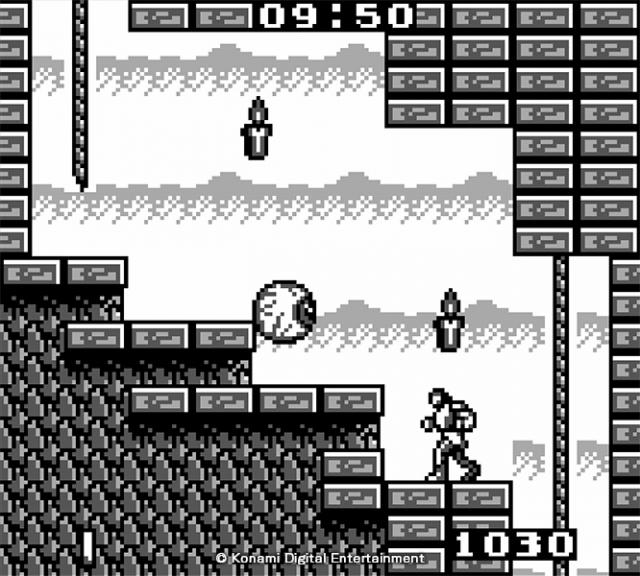 Aggravating the decision to exclude Rondo is the inclusion of an inferior Gameboy title, Castlevania: The Adventure. While interesting from a historic point of view—it introduced brand new whip power-ups—it's a slow-moving, clunky, monotonous game with no sub-weapons. Its portable follow-up, Castlevania II: Belmont's Revenge, is surprisingly enjoyable however. It reintroduces sub-weapons and allows players to choose in which order to attack several castles, a la Mega Man.

It would be easy to call Belmont's Revenge the hidden gem of the anthology if it wasn't for Kid Dracula, which launched in Japan in 1990 on Famicom but never saw an official English translation until now. A parody of the series, it's a bright, unserious ride through the usually grim, gothic world of Castlevania. This is still an action-platformer at heart, but in tone and structure it's more Kirby than Simon Belmont. 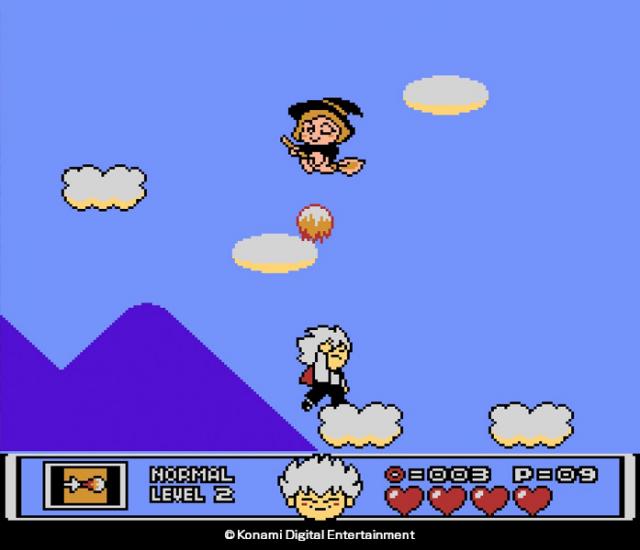 In terms of special features and customization options, Castlevania Anniversary Collection is solid, although not comprehensive. Players can choose from three different borders and six different screen settings (e.g. pixel perfect, scan lines, etc.), and save replays of the most recent action. Crucially, the game allows a single save state for each game, which is almost mandatory for some of the more punishing entries. Unfortunately, multiple save states and the ability to remap buttons are unavailable. So too are the Japanese versions of the anthology's games, although Konami has promised these in a free update sometime soon. Finally, just like Konami's Arcade Classics collection, this bundle includes a "Bonus Book", with design documents, concept art, and interviews with important figures like composer Michiru Yamane.

It's nice to see Konami celebrate the early history of arguably its greatest franchise. Minus Castlevania: The Adventure, easily the weakest entry in the compilation, the games on display are great, good, or, in the case of titles like Simon's Quest, at the very least mechanically interesting. Moreover, every one is brought faithfully back to life by the technical wizards at M2, and buttressed with some modern quality-of-life features. The absence of Rondo of Blood hurts, and there's an opening for more bells and whistles, but taken as a whole this second part of Konami's year-long birthday celebration is a worthwhile trip to the past.

This review is based on a digital copy of Castlevania Anniversary Collection for the NS, provided by the publisher.