The market for retro-style 2D platformers has been fairly flooded in recent years, making it all the more important to have a hook if you want to make a name for yourself in the genre. That’s exactly what Fordesoft has done with Emerald Shores, although sadly it’s not enough to offset some frustrating design choices that stop the experience from being as fun as it could otherwise be. 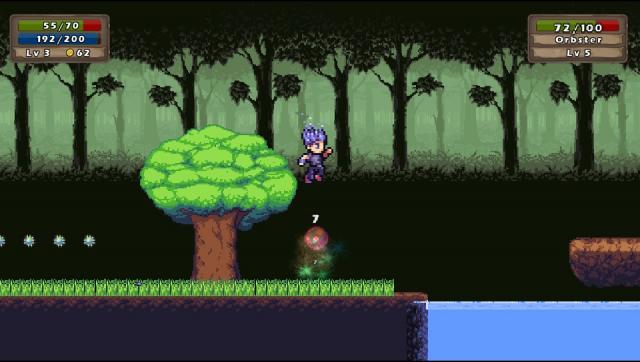 The central mechanic here that sets it apart from the crowd is the introduction of RPG elements to the platforming. Enemies have health bars that you’ll need to whittle down by jumping repeatedly on their heads and you’ll gain xp by killing them, which will level you up, meaning you’ll have to give some consideration to whether you’re actually strong enough to take on a certain foe or are better off dashing past them towards the exit.

It’s certainly an interesting idea, but the execution just isn’t there. For starters, the basic jumping feels incredibly floaty, which I can tolerate in something like LittleBigPlanet but just feels sloppy here as more precision is required. When you do jump on an enemy, you’ll be sent flying in a seemingly random direction, meaning a lot of your time will be spent trying to line yourself up to land on them a second time. 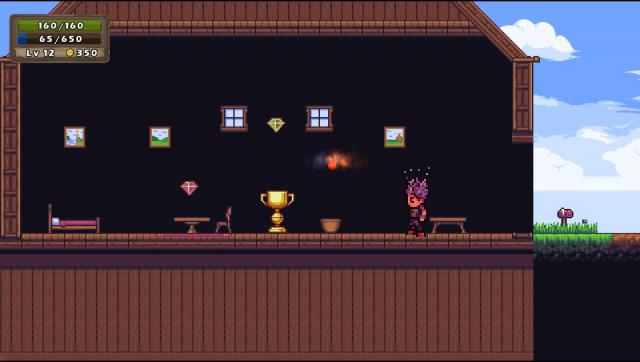 Of course, taking down foes isn’t all there is to Emerald Shores. You can collect power ups (including genre-staples like the triple jump), and this will help you to explore all the nooks and crannies of a level, plus there are plenty of secret areas to uncover that are littered with coins (which also grant xp). Dying unfortunately means heading back to the start and losing your collected power-up. This lack of checkpointing was a bit disappointing, but it’s fairly standard for the genre, and at least there’s no lives system in play.

Overall I found the level design to be solid if a little uninspired. The game is best in the desert area, which features things like levels where you need to run between pools of water to keep from overheating, and a boss battle with a mummy that is actually somewhat challenging, but in other zones like the forest one I found things to be fairly bland. That’s not to say there’s anything particularly bad about the game, but Emerald Shores is neither a challenge nor is it filled with flashy, exciting moments to keep you interested, making it a fairly muted experience. 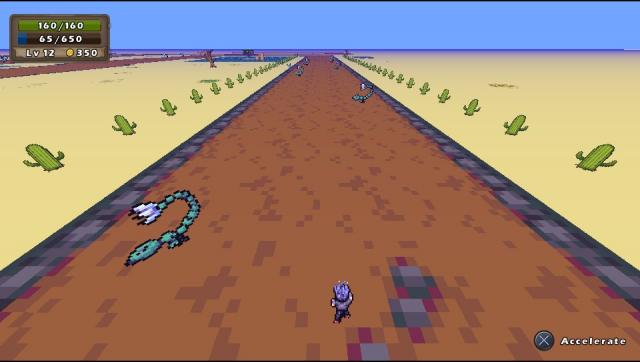 To break up the platforming action, the developer has included a handful of neat little extras that do a lot to enhance the experience. These include ‘bootworm’ races (pressing the x button to jump over obstacles), a farming mini-game with resource management elements, and a surprisingly competent Mode 7-style racing game (think the original F-Zero or Mario Kart) where you’re running through the desert. Individually, all these elements are only alright, but I enjoyed their inclusion because it kept things feeling fresh.

At first glance, you could be mistaken for thinking Emerald Shores was some kind of Mario fan project. It’s got a somewhat similar aesthetic (including a colourful world map), but this quickly gives way to a more fever dream-esque aesthetic, thanks to things like talking bunnies, a main character with bright blue hair named Alex, and the aforementioned bootworms that compete in jumping races for your amusement. The graphical style is fine, if a little generic, but the character illustrations are fairly crude and unattractive; they look like they've been hastily drawn in Paint. Overall, Emerald Shores certainly doesn’t have the polish of the genre's best offerings. 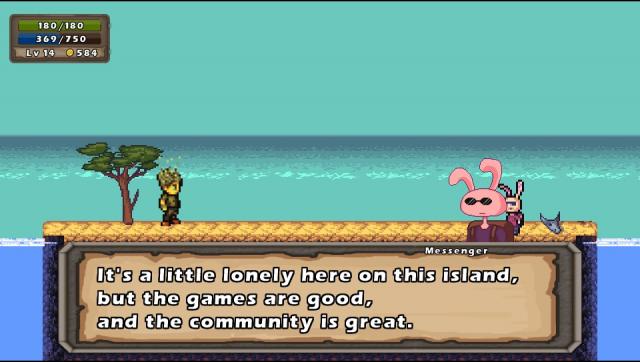 Talking rabbits (named Grabbits) form the basis of the plot, coming to Alex’s kingdom to ask for his help with saving their hometown in the sky, which is the titular Emerald Shores. Beyond this, you'll run from place to place trying to keep pushing forward. The story is really nothing special and won’t engage you in any way, but I did find the soundtrack to be really charming and full of catchy tunes - it's definitely one of the stronger parts of the package.

It’ll only take you four or so hours to get through Emerald Shores, although the game does offer a ‘remix’ mode that moves enemy placement in levels to make things more challenging if you’re really looking to spend more time with it. Sadly, I do have to address the game’s performance here - it's pretty poor, at least on Vita, and it crashed on me multiple times. This wasn't a deal-breaker because the game saves often, but it was a frustration I could’ve done without as I repeatedly had to boot up the whole game again. 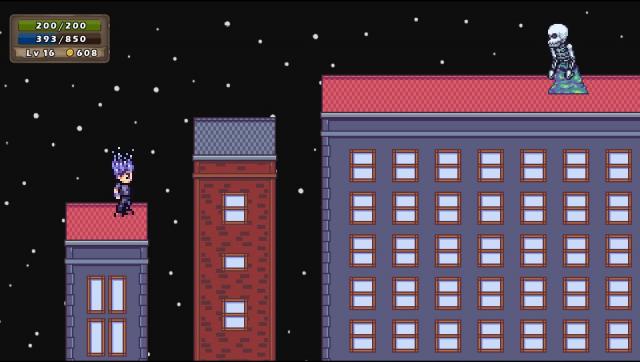 Overall, despite attempting to set itself apart from the crowd, Emerald Shores ends up being an average platformer with moments of enjoyment mixed in with plenty of frustration. It’s charming and definitely a fun representation of the developer’s trippy vision, but playing it reveals a number of flaws that really need ironing out to make it a truly worthwhile experience.

This review is based on a digital copy of Emerald Shores for the PSV, provided by the publisher.