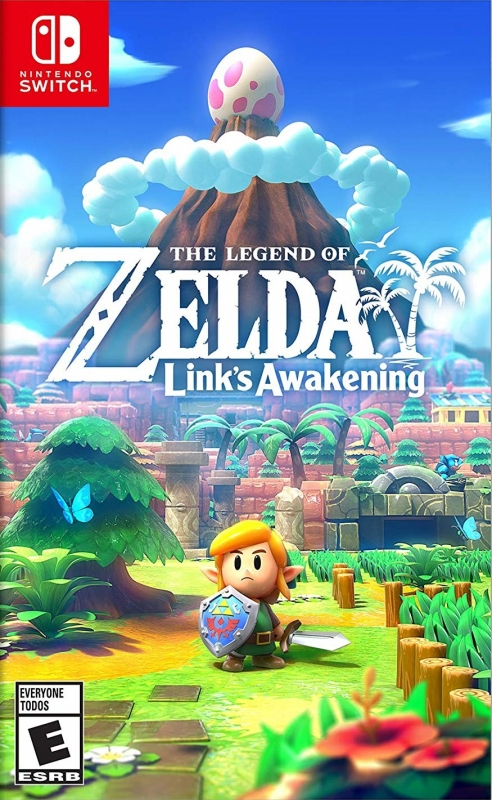 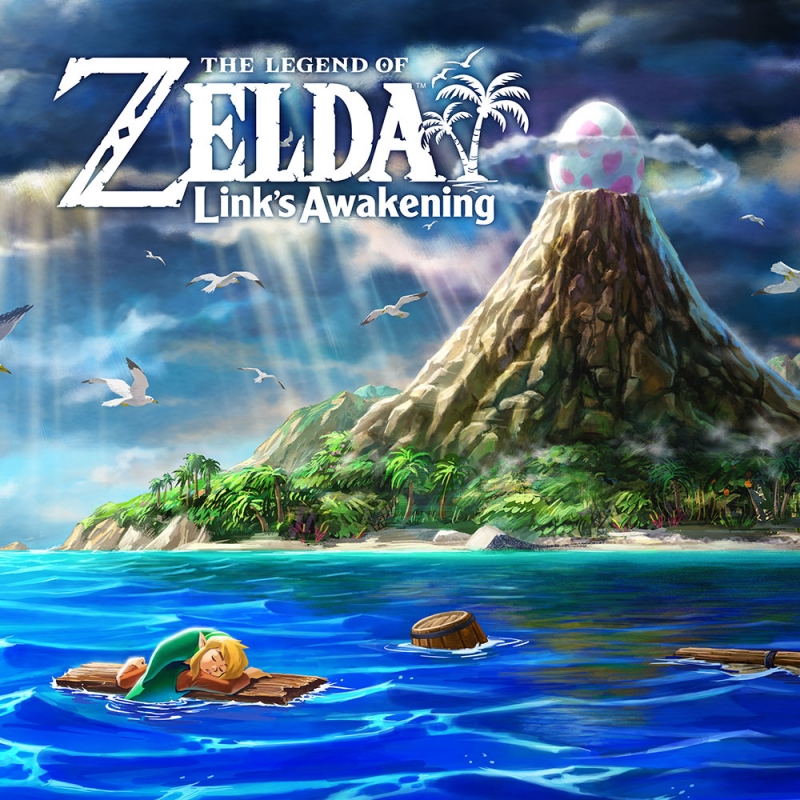 The Legend of Zelda: The Dreaming Island

An extremely faithful adaption of a true Nintendo classic from the company's early years, with some well-needed changes to justify the full price tag
Perhaps one of the most ambitiously realized games back on the Nintendo GameBoy in 1993, The Legend of Zelda: Link's Awakening was a truly stellar Zelda experience on a handheld device in a way people had a hard time believing was possible at the time. Now, 26 years later, the game has been revitalized on the Nintendo Switch from the ground up, and while it's been given a brand new coat of paint fitting of Nintendo's latest hybrid console, the core of the game will feel entirely familiar to fans of the classic title. 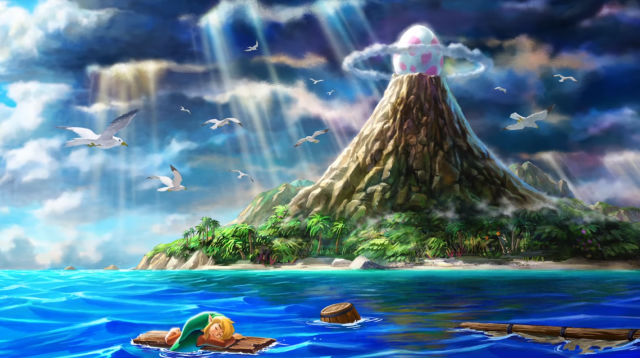 After the series' previous title The Legend of Zelda: Breath of the Wild made its name largely by breaking conventions the series was known for, Link's Awakening keeps in line with the source game it's been adapted from and embraces the classic Zelda style we all know and love, showing that regardless of Breath of the Wild's gigantic success, there's still ample room for more classically-themed games to be released in the series as well.
The Legend of Zelda: Link's Awakening finds our hero Link, fresh from saving Hyrule in the game's direct predecessor The Legend of Zelda: A Link to the Past, shipwrecked on the mysterious Koholint Island where he must fight against classic Zelda enemies such as Moblins and Octoroks, but also try his mettle against some of Nintendo's other famous baddies like Goombas and Cheep Cheeps. Yes, you read that right - the bizarre setting of Link's Awakening blends elements of Zelda you'd expect to see with things that you'd never expect to find in any game of the series seamlessly, and the mystical nature of the island makes it all the more enticing to push forward and figure out what exactly is going on here. 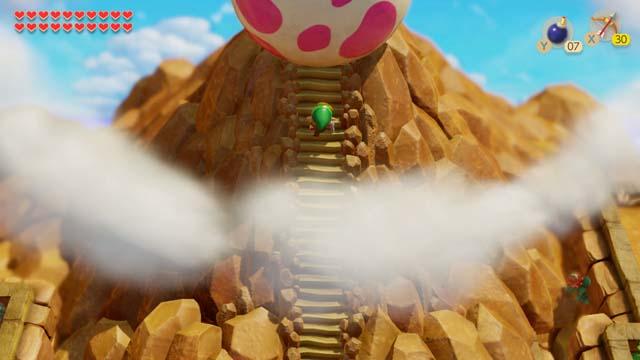 The meatiest parts of the game - meaning the areas and happenings related to story progression and dungeon spelunking - are virtually identical to the classic title, and what's been added are mostly collectibles like Heart Pieces, Secret Seashells, and even Empty Bottles, which weren't present at all in the original. In other words, this remake may be very familiar to fans of the 1993 game, but there are some new surprises to search for even if you know the GameBoy classic in and out.
The big improvements from the original title mostly lay with quality of life changes, such as controls being much more intuitive now that there are more than just two buttons to work with, and of course graphical upgrades, which give a much more immersive picture of Koholint Island's varied landscape. Though such changes as the bottle additions and smoother controls do end up making the game an easier experience overall, there is also a Hero Mode you can choose which ups the challenge significantly and is undoubtedly a welcome option for more hardcore-oriented gamers. 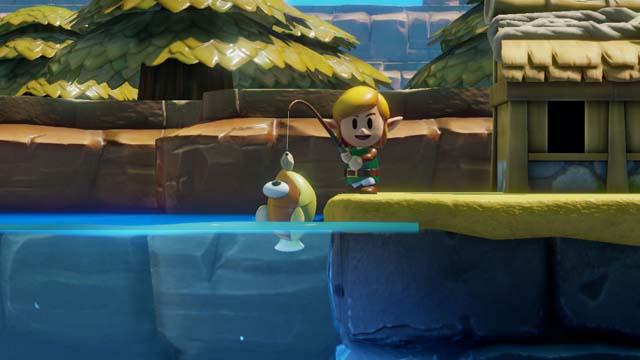 Perhaps the biggest brand new addition is a sidequest involving the franchise's recurring gravedigger Dampé, who allows you to craft your own dungeons out of various rooms available to you from the dungeons you've previously beaten. This wasn't nearly as exciting to me as I had been hoping, since the content is largely just recycled from dungeons built around these specific rooms, but the idea itself is intriguing and the prospect of something like this being expanded upon further in a future game seems promising. This part of the game is also largely optional, so if you end up with the same misgivings then you can easily just ignore it, unless you're a completionist who really wants that final heart container.
Though the length of the game pales in comparison to the grander 3D adventures the series has become known for in recent years, it's still a robust experience which should take you somewhere between 15 and 20 hours to complete, depending on how much of a completionist you are. This was obviously a quite fantastic length for an action/adventure game on the Game Boy, but for a full price release on a home consoles today the length isn't anything to brag about. However, the hours you spend on this game will be very immersive and filled with sword-swinging, dungeon-crawling and puzzle-solving action, which makes it a satisfying experience where none of the time spent in the game feels particularly tedious.

The Legend of Zelda: Link's Awakening was an amazing game back in 1993 on the Nintendo GameBoy and with improvements to mechanics, controls, and obviously visuals, it's just as much of a wonderful gaming experience today, if not even moreso. Regardless of whether you've already played the original back in the day or if this gem was a game you missed out on, it's an adventure worth playing through from start to finish for anyone who enjoys the Legend of Zelda series or games of its nature. 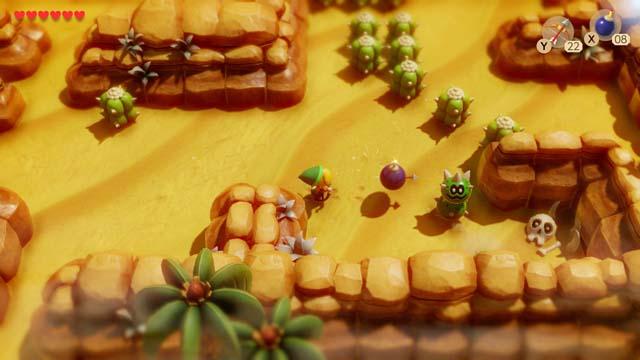 Overall, The Legend of Zelda: Link's Awakening feels like an extremely faithful adaption of a true Nintendo classic from the company's early years, with some well-needed changes to justify the full price tag in today's gaming landscape sprinkled on top for good measure. The game itself is a fulfilling experience and I felt a healthy mix of nostalgia and a fresh sense of wonder while playing through it, but the biggest boon for me is the reaffirmation that Nintendo hasn't entirely cast aside the classic tenets of the Legend of Zelda experience, making me quite hopeful that we'll see future games in the franchise that hold on to what made the series originally special in so many of our hearts.

This review is based on a retail copy of The Legend of Zelda: Link's Awakening for the NS