Gaming genres ebb and flow. Many flourish in one era only to wither on the vine the next. While the fast paced twitch shooter has enjoyed pretty steady mainstream success in various forms over the years, its slower, more methodical brother has been relegated to a shrinking niche since its heyday. One developer keeping the tactical shooter alive is New World Interactive with its Insurgency series. What started as a Source engine mod eventually resulted in a standalone title with a long and fluid life cycle. After spending some time with its other mod that grew out of that title, NWI is back to update its mainline series with a new engine and a slew of modern enhancements. It may not have the budget of its competitors, but Insurgency: Sandstorm is more than capable of delivering the thrills in its own way.

The game takes place in an approximation of today’s Middle East. Geared up Western military and local defense forces square off against the resourceful insurgents of the title’s namesake. The game is first person with a strong multiplayer focus, though there is a competent offline mode and the possibility of a single player campaign somewhere down the line. One cooperative and three competitive modes make up the bulk of the action and there are custom and ranked lobbies to suit your tastes. Each mode limits your respawns based on completed objectives, so battles are not directionless chaos and you have to make every life count. 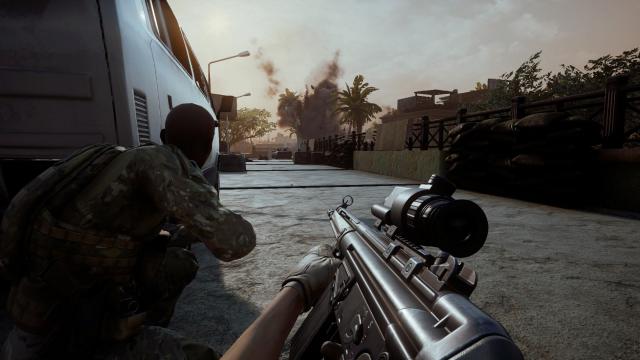 When it comes to gameplay, Sandstorm strikes a balance somewhere between a mainstream shooter like Battlefield and a military simulation like ArmA. Your HUD is sparse and many of the conventions you take for granted in other shooters take more consideration here. Ammunition is counted by the magazine rather than the bullet, without any magical topups to keep things neat for you. Compulsive reloader? Be ready to juggle a bunch of half empty mags. Trying to be more efficient? Keep a mental count of your shots or do a quick pat down behind some cover. There’s no radar, crosshair, or life gauge to assist you, so stay aware and on your toes.

That mindfulness encourages sound tactics and each element is designed to emphasize them. Time to kill is short and movement is somewhat slow, so getting caught out in the open is a death sentence. Leaning, peaking, and checking your corners with your sights ready are crucial to survival. Even bots will camp corners and ambush you, but friendly fire is also on so you’ll need to hone both your reflexes and your nerves. Recoil is high and you may be better off setting your automatic weapon to semi for more control over it (and to save that precious ammo). Supplies are limited, so you’ll have to deliberate when the best time is to use that one grenade you’ve got on you. 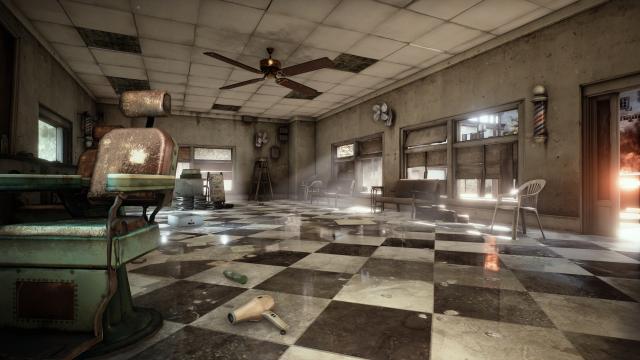 It’s not all doom and gloom, though; order up some firepower and take the fight to the enemy on your own terms. A mixed arsenal and several classes are yours to choose from. Specialists like Breachers and Marksmen have access to unique equipment, but you can’t stack teams with a bunch of Demolitionists slinging rocket launchers or anything. Each soldier gets a set number of points to customize their loadout and everything but cosmetics are available from the start with no drip feed of progression to grind out. Weapons, attachments, armor, and items all have different costs depending on their value and pimping out your rifle may mean sacrificing survivability or versatility.

One feature that sets Sandstorm apart from its predecessor is the addition of fire support. A paired up Commander and Observer can use their special binoculars and radio to call in gunships, drone strikes, mortars, and more. Proper use of these force multipliers can make or break a battle and witnessing their effects up close and personal is an intense experience. Unfortunately, the Observer’s obligation to attach themselves at the hip to their Commander to relay these strikes doesn’t make for a very fun class and simplifying the mechanic to one role instead of a pair may have been a better idea. One multiplier that doesn’t depend on any classes, however, are truck mounted turrets found on the map that you can load up and mow a path to your objective in. 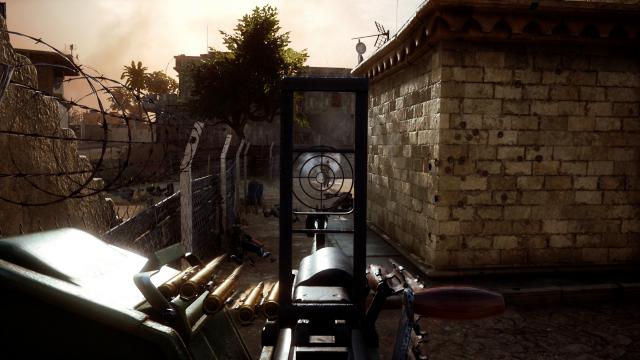 Solid as the gameplay may be, production restraints can be felt in other areas. The change to Unreal Engine 4 is a marked improvement visually, but the game still isn’t going to win any beauty contests and optimization has room for improvement. A handful of (well designed) maps and game modes, plus limited selections for weapons that aren’t assault rifles, can leave players wanting for content (offset by the game’s low price). The developers have a history of supporting their games and community, however, so that could change in the months and years to come.

Fortunately, one exception to these production restraints is the game’s sound design, which can give DICE a run for its money. Voice acting is solid and entertaining, the music sets the right mood at the right time, gunshots boom and reverberate, movement echoes or muffles based on your surroundings, enemies can even hear your chatter or smoke induced coughs if close enough. The cacophony of an airstrike in the middle of a heated firefight or the terrified gasps and cries of a tense and lethal game of hide and seek are sensory assaults you won’t soon forget. 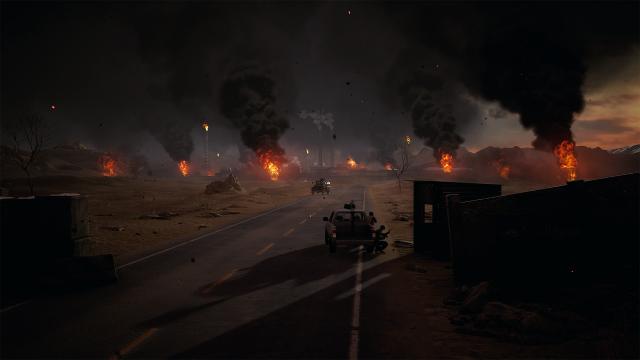 Beyond the fundamentals, it's the little things that make this game feel special. Doors can be opened to any angle by hand, kicked in for a surprise, shot off their hinges, or just blown to bits for your choice of ingress. Magazines can be dumped on the ground for faster reloads in a pinch. Interrupted reloads remember your progress and can leave you with only the bullet in your chamber until you finish them. Scopes render separately from your camera instead of periscoping your vision. Aiming is similarly independent and factors in environment collision to further balance weapons of all sizes. Small touches like these and more convey a development team passionate about its craft and the product it's making.

Insurgency: Sandstorm scratches an itch rarely reached in recent years. Systematically clearing buildings room by room on the march to your objective feels as great as it ever has. Finding yourself as the last man alive in your squad with your character freaking out, dramatic music in your ear, and all eyes on you to complete your mission is just as exhilarating as any bombastic setpiece - if not more so. I can’t wait to see how this game continues to evolve from here.

This review is based on a digital copy of Insurgency: Sandstorm for the PC