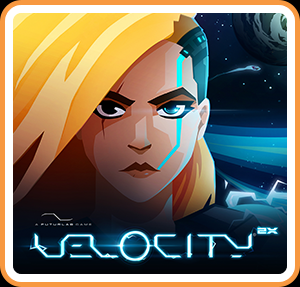 On the warp path.

The original Velocity (and its Vita counterpart Velocity Ultra) is an inventive, polished scrolling shooter—and one of the best arcade action games on both PS3 and Vita—but it left some room for improvement. Its sequel Velocity 2X, which debuted four years ago on Vita and PS4, realized that potential, raising the bar in terms of narrative cohesion, graphical design, and depth of play—thanks to new 2D side-scrolling stages.

Storytelling is a greater priority in Velocity 2X, although it's a bit uneven. Where the first game in the series uses only a few static storyboards and abandons narrative development for its entire midsection, this follow-up spends extra time setting the scene. Every stage gets a story intro, dialogue is more prevalent and colorful, and heroine Kai Tana displays a more obvious personality. 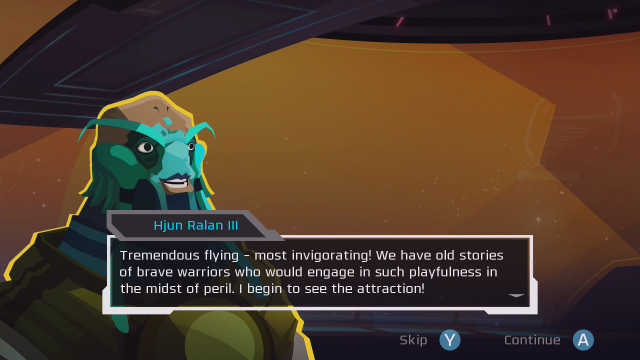 While developer FuturLab's narrative nurturing propels the game forward and answers the questions "what am I doing?" and "why am I doing it?", it simultaneously suffers from some cheesy writing and tonal inconsistency. Kai is weirdly flippant considering her physical and mental trauma, and the mood can switch from menacing to comical without warning.

Along with its prominent storytelling, Velocity 2X features a refined, expanded gameplay loop, which inherits the arcade shooting of the premier installment and pairs it with side-scrolling platform stages—the difference between a good game (read: Velocity) and a great one. 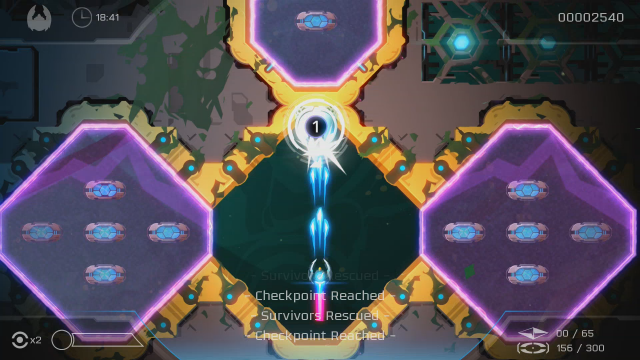 Essentially, this title is one part vertical shooter, à la Tyrian or Xevious, and one part 2D platformer. Across 50+ stages, Kai will fly her signature craft, the Quarp Jet, through many outer-space environments, blasting enemy ships and collecting items, and periodically docking with installations to continue the fight on foot.

Neither the space-bound nor the grounded missions are simple, linear affairs, however. Each of the bite-sized space stages are defined by a particular theme—hostile forces, critical urgency, search & rescue—set to a straightforward or labyrinthine layout, and then populated with turrets, enemy fighters, capsules filled with helpless scientists, codices, speed pads, numbered switches, and docking stations. Most levels, due to impassable barriers, require a short-range teledash ability (used by holding ZL and moving the left analog stick); some demand long-form teleport, whereby players drop a mobile teleport device so they can explore one branch of the map and then return to explore the other. There are so many clever, layered ideas, mechanics, and stage layout options in Velocity 2X—this is the rare indie that keeps inventing and surprising from beginning to end. 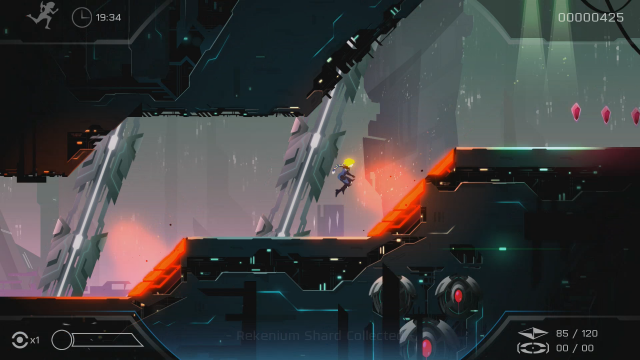 Many of these mechanics are replicated in fluid side-scrolling segments, which share the frenetic pace of the rest of the game, but make allowances for some deliberate exploration (one wonders what FuturLab could do with a Metroidvania). Here, Kai jumps over hazards, teledashes past walls, shoots in a 360 degree arc, tangles with Space Pirate-esque Vokh guards, and deploys a miniaturized version of the Quarp Jet's long-form teleport. Together, 2D scrolling stages and vertical shooting sequences make Velocity 2X wonderfully diverse. Each genre informs and reinforces the other.

Now, not every stage is a winner. Some of the lengthier long-form teleport levels are a bit labored—and, as in Velocity Ultra, run counter to the bite-sized frenzy of the game—and a couple boss battles are forgettable, but for the most part each stage provides something new and mechanically-interesting.

The game's stages aren't enjoyable only for the mechanics and gameplay conceits within, though; they're also teeming with collectibles like crystals and escape pods, and ripe for speed-running. In fact, after each stage players are evaluated according to time, rescues, crystals, and points. Each awards a certain amount of XP, which unlocks more stages and feeds into a global online score, for bragging rights among friends and strangers. While the base game is rather short, it will take hours to get perfect scores across the board. Even when you've cleared all stages, with every last collectible, there is still more to do, as Velocity 2X on Switch includes the Dual Core and Critical Urgency DLC packs as well as daily challenges. 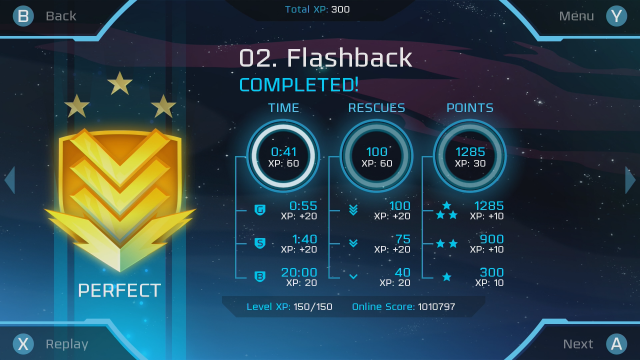 Switch owners who never attempted Velocity 2X on Vita or PS4: do yourself a favor and check it out, especially if you enjoy scrolling shooters and/or fast-paced platform action. While some of the storytelling is tonally out of sync or corny, and a few stages outstay their welcome, the majority of the game is fast, fluid, layered, varied, replayable, and attractive. Don't wait another four years to play one of the better indie games on the market.

This review is based on a digital copy of Velocity 2X for the NS, provided by the publisher.