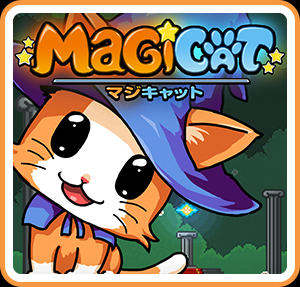 Cat-ering to the platform crowd on Switch.

With its punny name and cutesy mascot, MagiCat could be mistaken for a shallow, short platformer. In reality, its cartoon graphics and feline fondness are mere entry points to a rather substantial, challenging action-platform game with many different enemy types, gameplay ideas, and boss battles. Its level designs, mechanics, and backgrounds lack a bit of originality — games like Super Mario World, Yoshi's Island, Kirby, and Mutant Mudds make their presence known — and there are a handful of frustrating stages, but in general MagiCat delivers the goods in terms of controls, variety and replay value.

The story in MagiCat is simple and straightforward. A magical kitty journeys across seven biomes, filled with 63 stages and tied together in a sprawling top-down overworld, in search of a powerful lost relic. Apart from an animated intro, and some verbal exchanges with end-of-world bosses (told via meows, maws, and miaws), the game doesn't bother with storytelling or worldbuilding — something to keep in mind for Switch owners looking for a meaningful plotline. 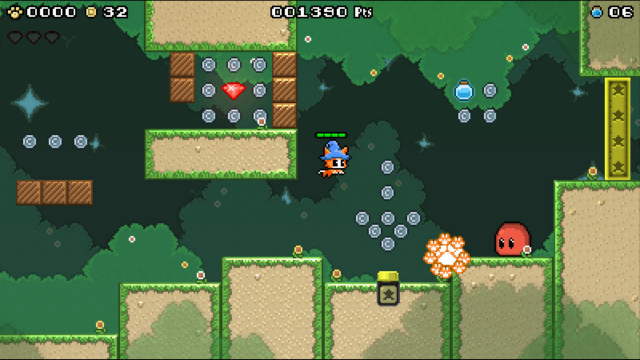 Narrative negligence notwithstanding, MagiCat is a solid action-platformer, thanks to tight controls, gameplay diversity, and high replay value. The analog stick or d-pad moves MagiCat left and right; B jumps and a second tap of B initiates a flutter jump (similar to Yoshi); Y fires a hairball (yes, really); and X is responsible for a horizontal dash. It's a basic control scheme that's complemented nicely by fast respond times and in-game gravity that hits a perfect pitch between floaty and leaden.

The game's simple button commands mesh with a host of enemy types, puzzles, and gameplay conceits for an enjoyable adventure. As in the best Super Mario games, each stage of MagiCat features a novel concept or mechanic, which is dismissed almost as quickly as it's introduced; rarely are they belabored. Early stages flirt with the basics of the genre — platforms, bottomless pits, jumping enemies — while late-game stages introduce everything from power-ups like ghostly projections and grappling hooks to snowballs that grow in size when rolled. Enemies and bosses are similarly diverse: some fire projectiles, some explode into fireballs when defeated, and others seek MagiCat out like a cute-seeking rocket. 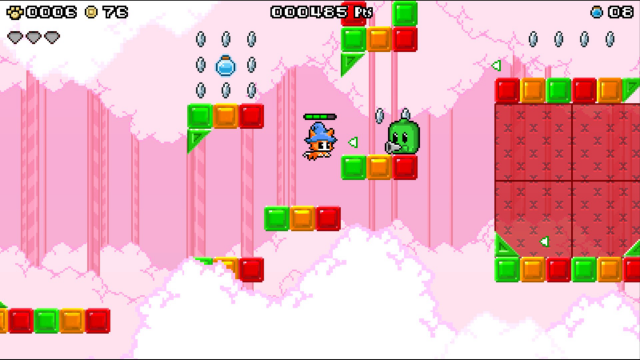 Now, nothing in the game is particularly new or innovative — early Super Mario, Yoshi, and Kirby games and many modern indies have tread this ground already — but MagiCat works despite feeling at times like a greatest hits album for platformers.

It works especially well due to its layered approach to level and game completion. A single run-through of the game would take only a few hours if all you desired was completion, but there are several different thresholds to reach and achievements to unlock — if you have the bandwidth. In each level are three hidden or hard-to-reach red gems. The game dares you first to reach them and then to reach them without deploying your dash move (both feats are recorded in the progress section of the pause menu). You'll also receive commendations for beating a stage boss without losing health or using revives. 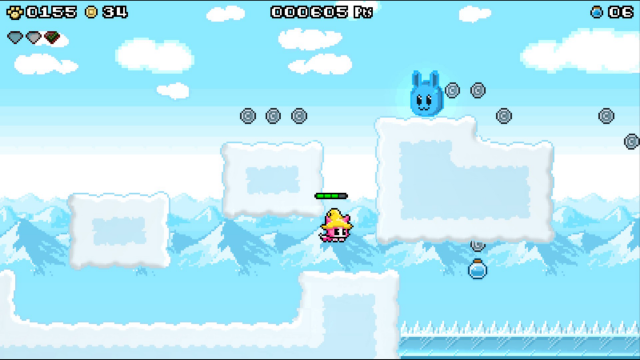 Revives, used by spending pawprint tokens (earned with end-stage high scores), prove to be important in MagiCat, because the game can turn frustrating in the final two worlds. Some of the platforming challenges and boss battles in the game's last 18 stages leave little room for error and punish any wrong move. Luckily, there are checkpoints in each stage, activated by collectible magic jars, and the aforementioned revives, which together soften the blow.

The colorful pixelated art in MagiCat goes a long way. It's charming and bright and sometimes even evocative, even if it, like the game's mechanics, leans too heavily on established platformers — its wooded backgrounds look ripped straight from the forest of illusion from Super Mario World, for example. 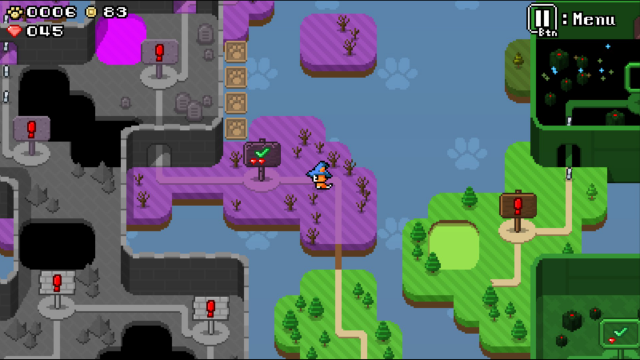 Don't confuse MagiCat for a cheap cash-grab with a cat slapped cynically on its cover; it's an engaging, technically solid, surprisingly varied, and highly replayable action-platformer. Some recycled ideas and a few frustrating segments are minor problems compared to its tight controls, diverse mechanics, and wealth of completion parameters.

This review is based on a digital copy of MagiCat for the NS, provided by the publisher.