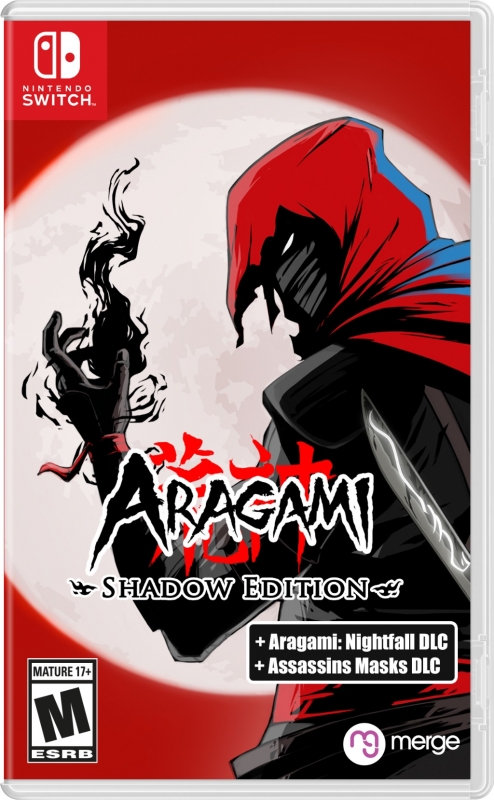 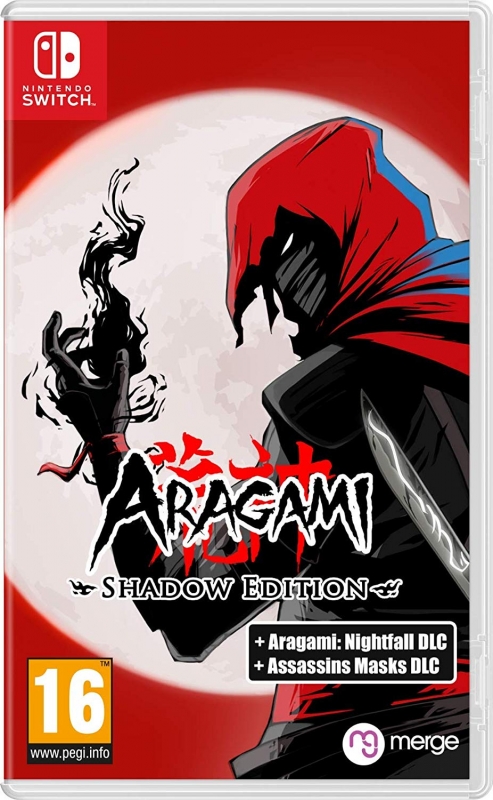 It's refreshing to find a game like Aragami that throws itself so wholeheartedly into a single video game conceit. While a lot of modern games toss out wide, unfocused nets to collect the largest group of consumers, titles like Aragami focus like a laser on a small, dedicated fanbase that relishes a particular theme—stealth, in this case. For stealth diehards, this is a title worth your consideration; for all others, due to some simple artificial intelligence, clumsy presentation, and finicky mechanics, it's probably best reserved as a rental.

Set in feudal Japan, Aragami follows the titular vengeful spirit summoned by a mysterious woman named Yamiko. Imprisoned by the Kaiho, an army of light adepts, Yamiko has used her remaining power to project herself outside her prison and call into reality a soulless, shadowy vessel in the Aragami. In a single night—the light of the sun will destroy the spirit—Aragami skulks across 13 open-ended maps, avoiding Kaiho sentries, collecting talismans, and triggering strange memories of Yamiko's childhood and young adult life. 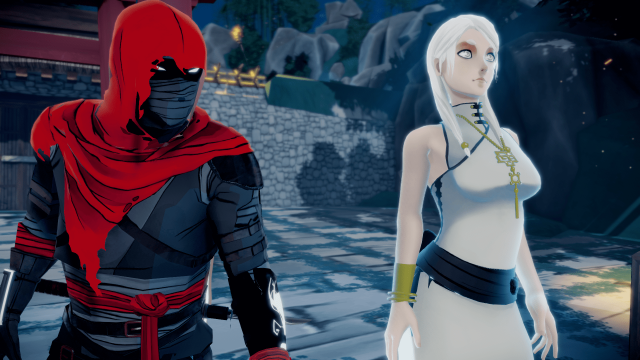 The story in Aragami starts rather meekly, but swells to something special by the final chapter. The writers at developer Lince Works telegraph more than a few end-game twists, sure, but some of the finer, more emotionally-powerful details are saved for unexpected, explosive revelations in chapter 13. Lince Works also deserves attention for turning the traditional video game narrative on its head—in Aragami the forces of shadow are the protagonists and the army of light the enemy—and by embracing moral ambiguity in its mythology. This is a tale that will stick with you long after it's over, particularly if you also finish the prequel campaign "Nightfall", bundled in the Shadow Edition.

For those unfamiliar with Aragami, which first launched in 2016, it's a third-person stealth action game designed around light and shadow. The wraith-like Aragami remains secluded and powerful in darkness, but in light he is visible to roaming guards and he slowly loses his "Shadow Essence," which powers his teleport ability, "Shadow Leap," plus other mystical powers. Along the way, by collecting scrolls hidden across each map, Aragami can unlock new shadow techniques like timed invisibility and throwing knives, but Shadow Leap will be the player's truest and most common companion. 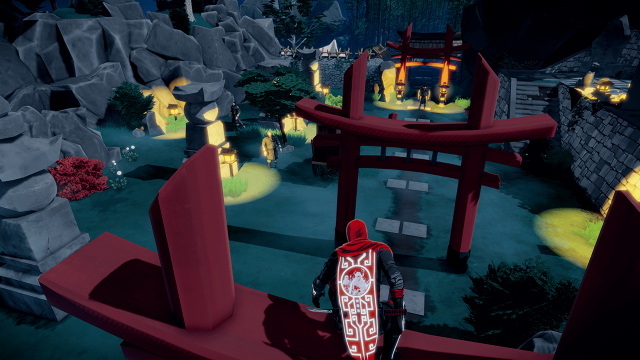 Being able to leap from shadow to shadow maintains the feeling of being a stealthy, quick-moving ninja warrior, but it can be a little fussy, in both the main adventure and the add-on campaign. First, it's often difficult to distinguish between true shadows—those that allow a quick leap—and dimly lit areas, and second, lining up a teleport move, especially onto a raised surface or roof, sometimes requires a lot of micro-adjustments to the analog stick. This is particularly daunting if the area is on high alert and troubled guards are swarming around you. Sometimes, when everything clicks, you will zoom across a courtyard or bounce over a rooftop like an invisible terror; other times, when shadows and cursors refuse to play nice, you'll find yourself fighting against the controls.

Luckily, you can erase mistakes thanks to some dim-witted AI enemies. While the level designs in Aragami are extraordinary—they're filled with secret routes, side paths, and optional treasures—the archers and sentries that populate them follow the same tired routes and react in the same exploitable ways. 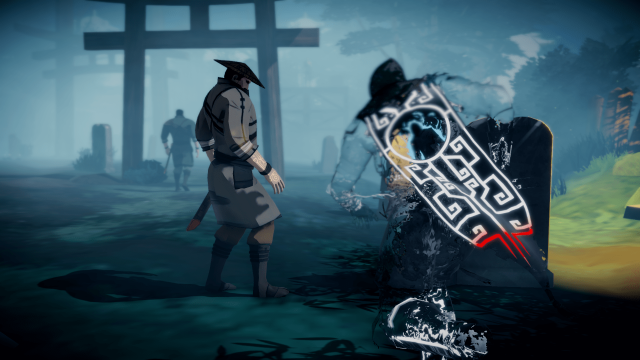 The DLC campaign Nightfall, included in the Shadow Edition, shares the same attributes as the base campaign: flexible stealth action, outstanding level design, fussy controls, and unsophisticated AI. It follows two shadow adepts ahead of the events of the main game (be sure to play the add-on after Aragami proper, as it spoils some major plot points). The story here is as good or even better than the central narrative. It is, once again, morally gray, and introduces some very complicated characters.

Even though Nightfall is more of the same, it sports a few unique qualities, including two playable characters, a partner mechanic called "Twin Shadow" that allows simultaneous take-downs, and some new level design quirks, including a tailing mission. 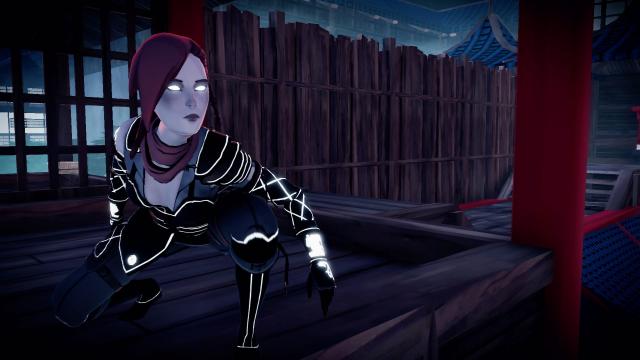 The base Aragami experience should take about six to eight hours—some of its individual levels are massive—and Nightfall another 60-90 minutes, but there are options outside a single playthrough. You can return to levels to find collectible scrolls (or katanas in Nightfall), achieve higher ranks, and collect seals, which unlock several alternate costumes. One seal is earned for "never detected", another for "no enemies killed", and a third for "all threats killed". The game also supports online co-op play, but the lobbies are pretty empty these days.

Aragami is a budget title, and nowhere is that felt more than in graphics and sound. The game tries to hide some graphical warts with comic book-style cel shading, but the wooden models, short draw distance, and low-polygon environments find a way through. There's a general clumsiness to the game, particularly in cinematic cut-scenes, where characters' mouths never move and subtitles shrink when the text box gets too crowded. There's a great story and some fine stealth ideas in Aragami, but its audiovisual design doesn't do them any favors. 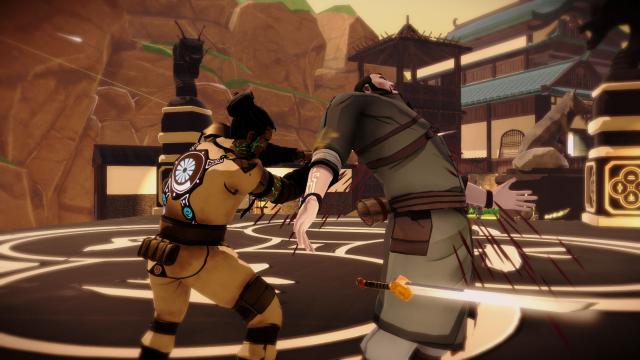 If you can look past some low-budget graphics, there's a nice stealth experience waiting for you in Aragami, particularly if you flock to games like Tenchu and Metal Gear Solid. Its shadow mechanics are a bit wonky and its AI enemies obtuse, but its level layouts, replay value, and improvisational covert action are admirable. Furthermore, it's a game that's unabashedly focused on stealth, when so many modern titles treat it as an afterthought or relegate it to a side mission.

This review is based on a digital copy of Aragami: Shadow Edition for the NS, provided by the publisher.