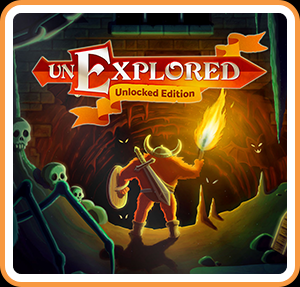 With so many rogue-like action games on Nintendo Switch, new entries need something special to stand out in a crowded marketplace. While Unexplored: Unlocked Edition, a console version of the dungeon crawler that debuted on PC last year, manages to differentiate itself with its cyclic level generation, in all other areas it's simply serviceable. There's nothing deficient about Unexplored, but nor is there anything extraordinary — apart from its advanced level generator, which comes with its own set of issues.

The setup in Unexplored is simple: a would-be hero dives into the Dungeon of Doom to capture the Amulet of Yendor. There aren't any complicated cut-scenes or plot twists in the game, but it's not totally bereft of narrative. Before each run, which ends either with the Amulet or with your character's untimely demise, a bar patron sees you off with some friendly advice; and during almost every randomly-generated trip through the Dungeon of Doom you'll encounter journals and diaries building up the mythology of the subterranean labyrinth. 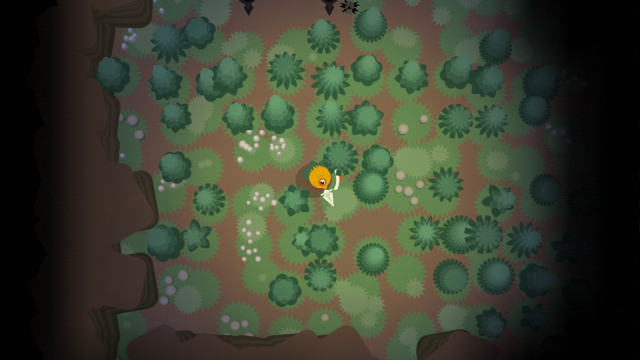 Unexplored is a top-down, real-time dungeon crawler where death means game over, and each floor of the dungeon is generated randomly. At the start of a run, you'll select the name of your hero, and then alter his appearance (hair, eye color, nose size, skin color, etc.) and voice in a neat little character customization screen. After you pick one of eight classes — only "Adventurer" is unlocked at the start — and spend any money earned from the previous run on supplies, it's off to the Dungeon of Doom.

Inside the Dungeon are traps, monsters, left-behind journals, magical scrolls, potions, keys, and switches. Sometimes you'll run afoul of a boss monster, and other times you'll meet a friendly NPC shopkeeper. Depending on your equipment and skills, you can choose to run away or hide from monsters (classes like the Rogue are particularly adept at stealth), but eventually you'll need to fight. Here, Unexplored offers a nifty, easy-to-understand combat system: each character can equip two weapons — for example, a spear and a shield or a short sword and a throwing knife — which are pinned to the hero's circular body. By moving with the left stick and aiming with the right (think twin-stick shooter) you can direct your weapon into the enemy or, in some cases, charge and release. Every weapon has a unique cool-down period, however, so plan carefully. 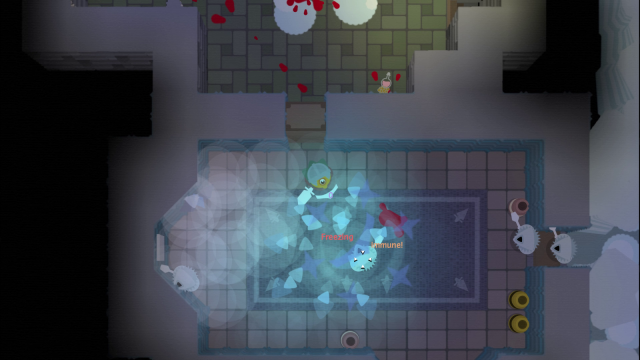 Unanticipated, violent death is a common occurrence in Unexplored — it will be hours of failure before you discover the Amulet — but by unlocking achievements (in-game, not system-wide) you can set yourself up for future success. If you reach certain depths in the Dungeon, read a mystery scroll, or defeat a giant poisonous rat, to name just a few examples, you'll unlock new character classes and new purchasable items at the start of your next run. It's a smart way to encourage repeat runs, and ward off a feeling of hopelessness.

These character customization options, dungeon-crawling mechanics, and intuitive combat are all decent but ultimately unremarkable. What's truly special, however, is the game's "cyclic dungeon generation" technology, which creates randomly-generated dungeon floors that feel hand-made. Instead of dead-end level designs that pop up regularly in rogue-like games, Unexplored features intricate, seemingly-planful stages with puzzles that feel like the work of a single author, not some computer algorithm. It's a remarkable achievement, one that turns what's normally a liability into a strength. That said, the cyclic program can sometimes be too creative and clever for its own good, warping hapless adventurers into doorless rooms or placing a key on the wrong side of a locked door. Luckily, the game offers a "pray for help" option when you're truly stuck. 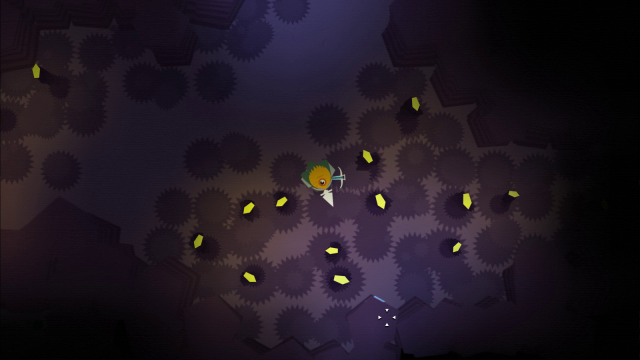 The Unlocked Edition of Unexplored offers up several ways to attack the Dungeon of Doom. In addition to three difficulty options for the main adventure, there are Desolate mode (very few monsters, less gold, and very little healing), Arcade mode (more monsters, magic, and mayhem), and all three DLC campaigns from the PC version. These include a riff on Lord of the Rings called Mithril Run, a nod to Aliens named Ripley Run, and a Lovecraftian campaign known as The Dark Ritual.

Unexplored uses a simple, top-down, almost paper-craft aesthetic without much detail. Flames look like cardboard parallelograms, and patches of snow like doilies. It's not all that absorbing, but it does seem to work with the game's Dungeons & Dragons sensibility; you can almost imagine the dungeon master sketching these characters in the corners of his graph paper map. 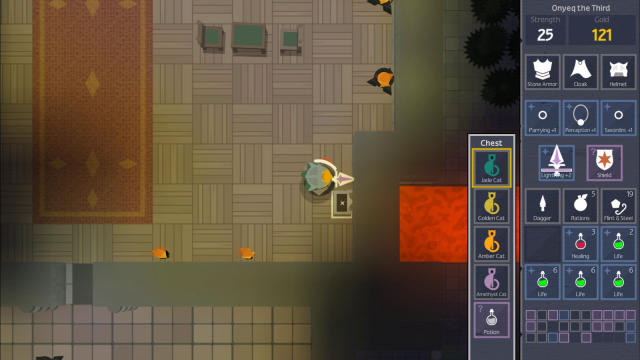 Finally, while Nephilim Game Studios has done a commendable job porting the PC release to consoles, the Unlocked Edition suffers from menus that seem tailored to a mouse. Accessing and rearranging tiles inside the item menu is a tad burdensome on Switch, although in no way a deal-breaker.

With rogue-like games becoming more popular and more prevalent on Switch, every studio working within the sub-genre needs to find some hook to differentiate its product. Unfortunately, the hook in Unexplored — its cyclic dungeon generation — is not quite enough to elevate the game's decent-but-unspectacular mechanics, modes, and general gameplay. Fans of dungeon-crawling rogue-likes will most definitely gravitate to this tough top-down trip through the Dungeon of Doom, but others may wish to explore elsewhere.

This review is based on a digital copy of Unexplored: Unlocked Edition for the NS, provided by the publisher.