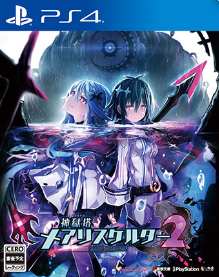 Not even a real sequel, Mary Skelter Nightmares 2 disappoints on both narrative and gameplay fronts. 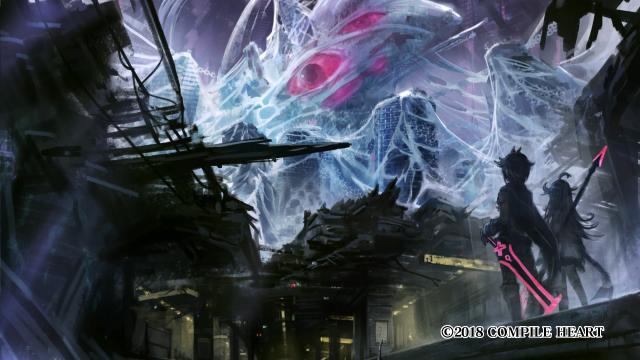 Dungeon-RPGs have always been a great fit for handheld systems. They're typically not very demanding in terms of graphics and are enjoyable in both short and long sessions, making it ideal to have them with you at all times. Alas Compile Heart suddenly decided, without offering up anything in the way of an explanation, to break with tradition. Hence Mary Skelter Nightmares 2, the sequel to a remarkable PSVita game, is only available on PS4. But was the publisher's decision to lock series fans at home for the best in the end?

Not long after starting Mary Skelter Nightmares 2 you'll likely realize there's a problem with the direction taken with this entry - namely that the story begins at precisely at the same moment as the first one. A few hours later you'll have come to the understanding that the “2” in the title doesn't really mean anything at all; the game never advances beyond the epilogue of Mary Skelter Nightmares.

This 'sequel' (it can't legitimately be referred to as such) is actually more like an alternate version of the original game. Jack and Alice become separated from one another during their escape from 'Jail', which takes the form of a demonic living prison tower that destroys the town, and so Jack finds himself being accompanied by two new protagonists - Tsuu and Ningyohime. All three seek to return to the Reimei, the resistant group fighting Jail and its monsters. 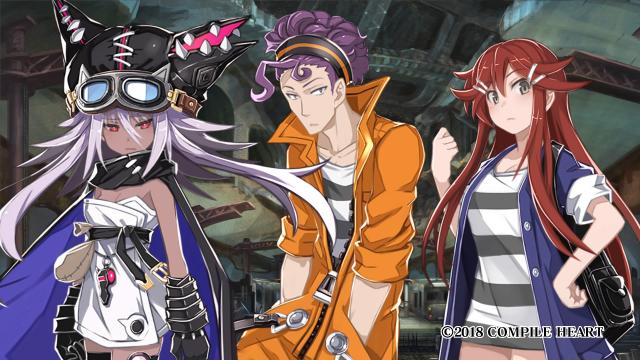 The word scenario barely applies to Mary Skelter Nightmares 2, which actually contains little text and downright poor storytelling, light years from the compelling narrative found in the original Mary Skelter Nightmares. During almost the whole game, the only incentive for the group to tackle the dungeons is to find the next missing ally. Any reference to Jail's mysteries, conflicts between individuals, or even the resistance is gone.

The shallow narrative also kills any feeling of suspense, which was a major selling point in the PSVita game. The new secondary characters aren't given interesting personalities and simply left me missing the old ones. Sadly, Compile Heart removed nearly all of the original's story content (including even some basic context), without offering any substantial alternative ideas for story development in return. 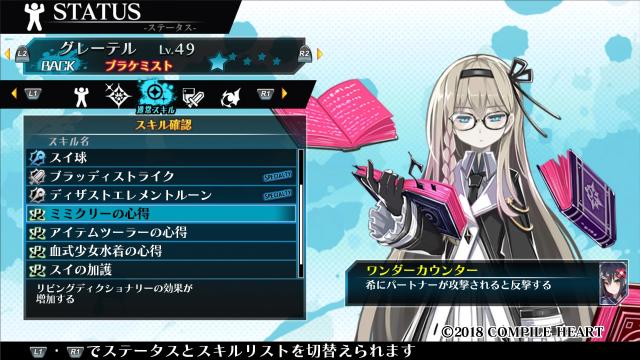 Mary Skelter Nightmares 2 fully inherits the gameplay of the original, with very tiny changes here and there. Once again, you'll find yourself wandering through dungeons, as well as fighting Marchën (as monsters are called in this series) in first person view. The variety of jobs available for each character (including two added as free DLC) and the numerous related skills allow you to achieve efficient and coherent evolution for each character. It is, for example, possible to learn a passive skill boosting water damage in one job, and then take advantage of it when the character turns magician and learns powerful water spells.

All of the capacities complete each other fairly well and it's very interesting to dig into the job system in order to find the best combinations. In this respect it's very convenient that you can go back to any job you have previously unlocked, and at anytime. Generally speaking, a character can access a new job every ten levels. 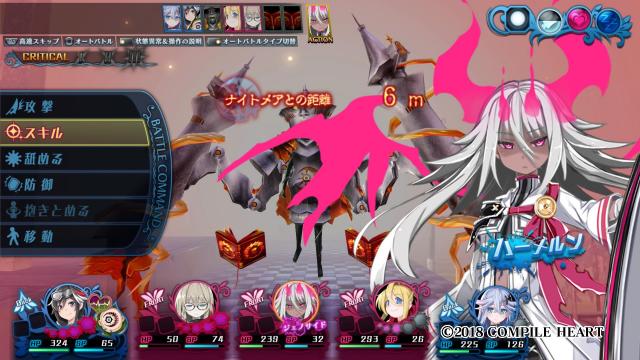 Genocide mode and Blood Skelter mode also return. When an ally gets drenched with Marchën blood, she transforms, loses her mind and becomes incredibly strong. Depending on how contaminated the blood is, she's at risk of entering Blood Skelter mode, meaning she will become uncontrollable and attack allies as well as enemies. Of course, there are ways to prevent this, including Jack's own blood, which can purify one girl immediately. The only new thing here is that Jack is liable to lose control of himself as well. You then need to monitor his stability meter and ask him to “breath deeply” to avoid a tragic outcome.

Other less pleasant changes impact the use of magic and general gameplay balance. SP cost (required to cast magic and use skills) is significantly high, which forces you to use the “attack” command most of the time. That's not very fun in terms of gameplay and it's common to run out of SP after three or four encounters (you'll be fighting on large floors containing dozens of fights). This means you'll need dozens of SP recovery items in turn, and will have to be ready to open the menu every few steps.

The surprising rise in difficulty doesn't help either. Even easy mode is absolutely tiresome in terms of progression. Powerful spells now require some casting time, which makes them a lot less efficient. I should also stress that character growth is quite slow in the first half of the game, which only accentuates the frustration, and having six active party members (instead of five before) hardly compensates the difficulty spikes in boss battles against the infamous Nightmares. Mary Skelter Nightmares 2 is fairly long (about 60 hours), so that means a lot of time will be spent enduring unbalanced gameplay. 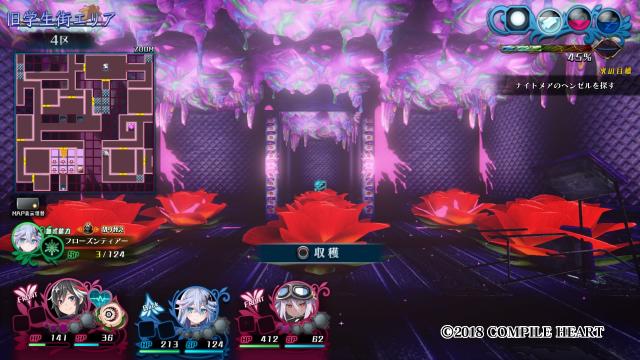 The other big change involves your inventory. The dungeons in Mary Skelter Nightmares 2 include strange rooms where you can grow giant flowers using blood samples. Once you're back at base, you can harvest weapons, armor, accessories, and various objects from these flowers, depending on the blood type you used. Consequently, you never need to buy equipment when meeting Kurara (the wandering merchant in this 'sequel'). This is incredibly convenient of course because you'll need countless SP recovery items...

The biggest letdown remains the massive lack of anything really new: you roam the same dungeons and fight the exact same Nightmares (using the exact same jobs) as in the previous game. Despite two new characters and environments, it's hard to shake off the impression that you're playing Mary Skelter Nightmares in reverse order. The volume of added content is extremely slim; it's more like a small batch of DLC and certainly doesn't warrant a full-priced sequel. The only genuine improvement is to the level-design, as the mazes demand a lot more brainstorming than before. 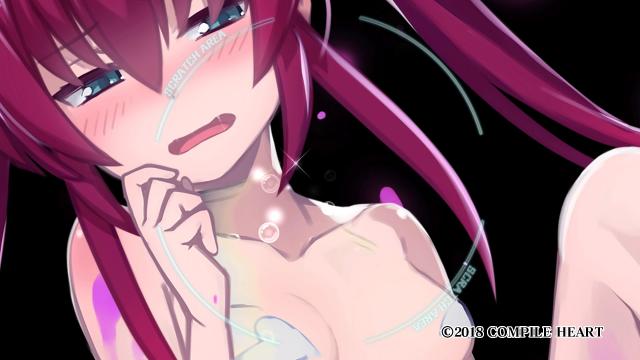 As in the PSVita game, Mary Skelter Nightmares 2 involves a fair amount of side content, the most famous being the kinky mini-game in which you have to rub the blood off of a heroine's body (to make them more resistant to Blood Skelter mode later on, naturally...). The trouble is that the touchpad of the PS4 controller is far less precise than the PSVita screen, so even the side content is less enjoyable, even if it does include two more characters. The side talk and friend level management is also confusing, with side events not appearing despite you giving them the correct present items. 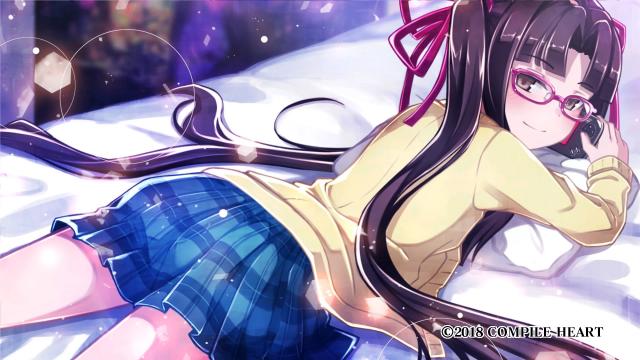 In order to boost pre-orders in Japan, Compile Heart prepared a huge first-print bonus in the form of a visual novel called Rengokutô Mary Skelter (as opposed to Kangokutô in the Japanese title of the main game), fully voiced and packed with pretty illustrations. This was quite clever naming, because while Ren means “love” here, Rengoku can be read as “hell”.

Entirely disconnected from the canon part of the story, it takes places in a random school where Jack tries to confess his love to the girls, themselves high-schoolers. It's about 3 hours long and I felt it was quite enjoyable, as the school setting was a good fit for the heroines' crazy obsessions, and some parts are quite hilarious. This free bonus game actually proved to be a lot more inventive than the main game that it was included with. 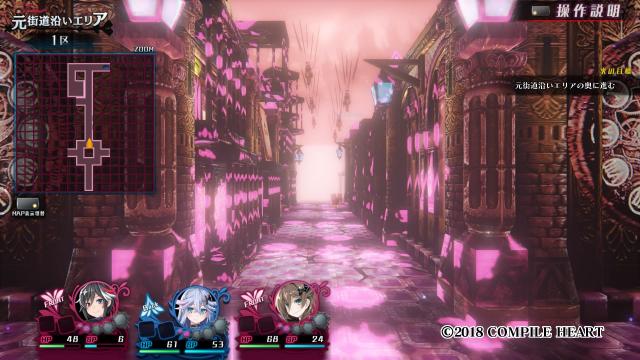 Given that the publisher made the decision to go PS4 exclusive, some visual improvements were naturally expected. However, it turns out that not much has been done in this respect either. The clipping is hideous, as the simple-looking corridors aren't displayed more than 10 meters ahead. Even the modest amount of character modeling inserted into Mary Skelter Nightmares 2 is poorly executed, feeling like early PS2 quality. So in short, fans lost the game's portability aspect and gained nothing in return. A good idea would have been to have featured 3D cutscenes to add some value to the combat in first person view. Games like Sol Trigger were already doing that in 2012... on the PSP!

Far from being what one would expect from a sequel, Mary Skelter Nightmares 2 looks like hand of slight from Compile Heart; it feels like a duplicate of the original, disguised as a sequel for cynical marketing reasons. There's little actual new content and you can't play on the go anymore. Owners of Mary Skelter Nightmares on Vita can safely ignore this so-called sequel.

This review based on a Japanese version of the game. Mary Skelter Nightmares 2 has yet to be announced for western markets.