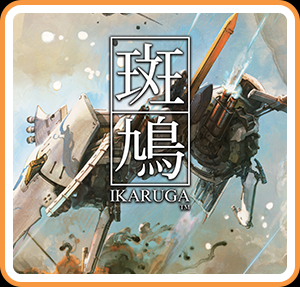 The seminal shoot 'em up returns in full glory on Nintendo Switch.

Ikaruga has aged like a fine wine. While some popular-in-their-time games have fallen off the radar or, worse, sunk ignominiously into that vague catch-all of "used to be good," Ikaruga gets richer, riper, and fruitier with the passage of time. It's not a perfect experience — no game truly is — but it might just be perfectly designed. The small team at Treasure that programmed this vertical-scrolling shooter thought of everything: the precise placement of enemy ships and turrets, all viable flight paths, the pattern and purpose of each and every bullet, and how the game's signature polarity mechanic could and would be deployed by end users. We know Ikaruga was crafted by flesh and blood humans, but it often feels like a game born from a sophisticated computer algorithm, where every variable is predicted and exploited for maximum yield.

In Ikaruga, you assume the role of a rebel pilot named Shinra against the oppressive Horai regime. There's nothing especially interesting or novel about an under-equipped lone soldier versus a formidable imperial force — it's practically the default story for scrolling shooters — but Treasure's art work, production design, and philosophical meanderings elevate the premise from pedestrian to poetic. 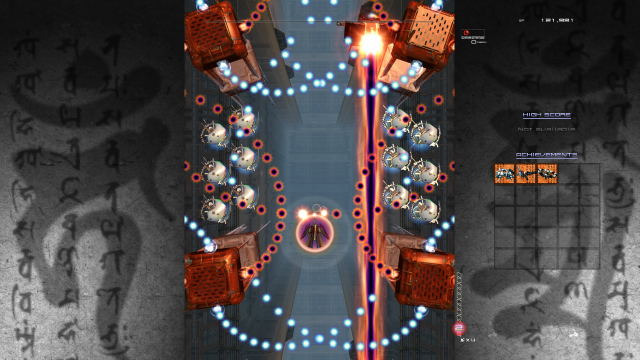 Ikaruga is a gorgeous game, in more ways than one. Although it takes place along a 2D plane, its environments and models are fully three-dimensional, with crisp textures and clean lines. Enemy ships appear as something of an amalgam between mechanical and organic, as if hermit crabs, butterflies, and praying mantises were dipped in chrome, fitted with rocket launchers, and sent airborne. In general, there is a lavishness to Ikaruga's graphics. When the screen lights up with alien spaceships, scrolling industrial landscapes, and dozens of bright, round bullets — each a tiny tapioca pearl flitting through space — it's a sight to behold. The game's synth-heavy soundtrack, composed by Treasure graphic designer Hiroshi Iuchi, is equally lovely.

Loveliness notwithstanding, Ikaruga is a stellar game due to its strict adherence to a simple set of rules and its easy-to-learn-impossible-to-master gameplay. Compared to its contemporaries, or even its spiritual predecessor Radiant Silvergun, Ikaruga is surprisingly straightforward. The Ikaruga fighter features only two offensive weapon types: an unlimited rapid-fire shot and a barrage of homing missiles. There are no power-ups, no ship upgrades, no modifications of any kind. The tools at your disposal in the game's first moments are the same ones you'll have in its final frames. 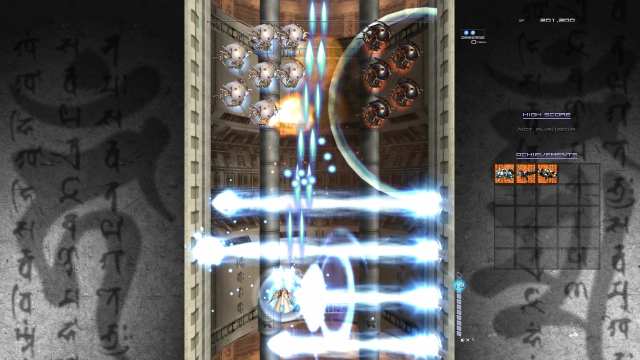 If Ikaruga offered only this austere, uncomplicated gameplay, it would be a fine but unspectacular shoot 'em up, or "shmup." How the game transcends the genre is through its polarity mechanism, which informs everything in the game — stage layouts, enemy firing patterns, and bullet density. Shinra's ship can switch from white to black polarity at the press of a button, which allows several things: the ship will absorb bullets of the same color; absorbed bullets increase the capacity of its guided missile bank; and opposite polarity bullets fired by Ikaruga will take down enemy ships twice as fast. These immutable rules, combined with the game's obsessively manicured level design and dancing enemies, transforms Ikaruga from a standard space shooter into something like a puzzle or rhythm game.

How you approach this polarity mechanism is entirely up to you. You can choose to attack like-colored vessels to play it safe, or face off against opposite-colored ships to take them down faster — but risk being overwhelmed by deadly bullets. If you're a true pro, you'll probably swap back and forth with lightning speed, taking down black and white ships in groups of three, which increases your score multiplier. That's the beauty of Ikaruga; first you'll struggle to survive, then you'll struggle to beat your high score (uploaded to online leaderboards), then you'll struggle for mastery. It's a game that, being perfectly-designed, demands the pursuit of perfection from its player. In Ikaruga's own words, "...trial has a message for you to conquer yourself." 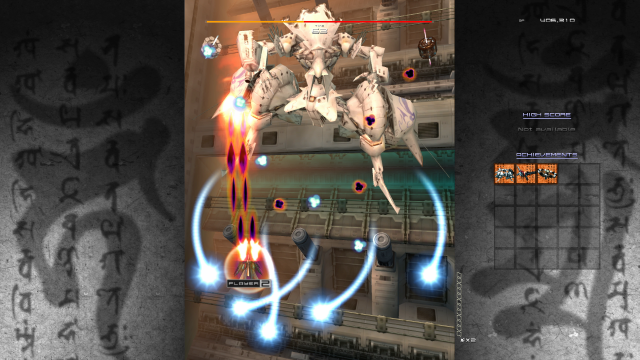 As a result, this is not a game for everyone. It's a true arcade classic — eminently replayable but short. Ikaruga features a scant five levels and could, in theory, be beaten in about 30 minutes. It's also terribly difficult, even on the easiest settings. If you can stomach the pain, however, and don't mind the repetition, Ikaruga is immensely rewarding.

Apart from the standard single-player mode (with easy, normal, and hard modes), the game features a prototype mode, based on Ikaruga's first build, where player ships have limited ammunition that must be replenished by absorbing enemy bullets; a two-player mode, perfectly playable with individual Joy-Cons; and double play mode, in which a player pilots two ships with a single controller — a daunting challenge even for the hardest of hardcore fans. In addition, Switch owners can undock their system and play the entire game with the screen turned on its side in vertical mode.

Ikaruga is now 17 years old, but it feels just as fresh and mesmerizing as it did at the turn of the century. It's one of the finest shmups ever made, and it's immediately one of the best titles available on Switch. Nothing is superfluous or out of place in the game; every aircraft, stage layout, and bullet was placed there with care for the ideal shooting experience. The polarity mechanism combines with that thoughtful environmental design to create a transcendent campaign, with a wide range of aspirational playstyles. Conquer the game, conquer the leaderboards, conquer yourself, in Ikaruga.

This review is based on a digital copy of Ikaruga for the NS, provided by the publisher.