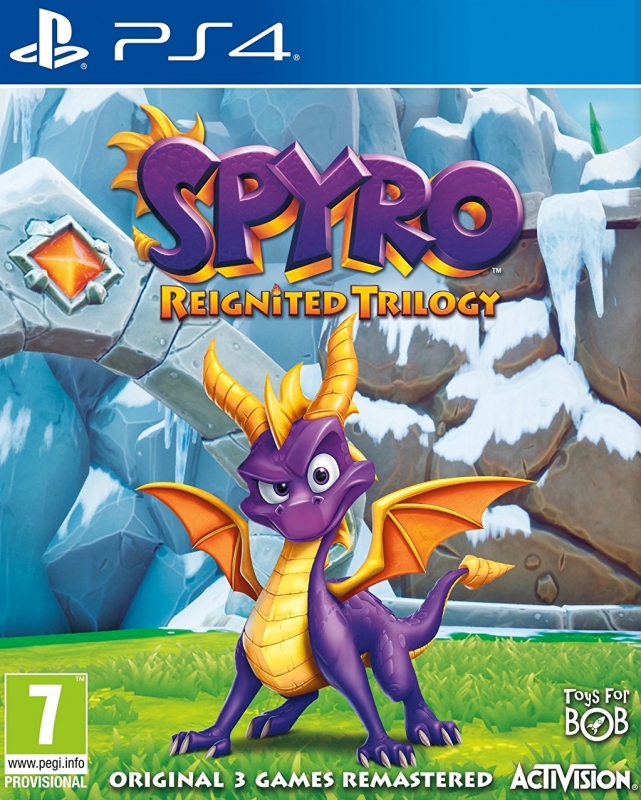 Everyone will find something to love in Spyro's first adventures.

The Spyro Reignited Trilogy is a remaster in only the loosest sense of the word. This collection includes the first three titles of the eponymous dragon’s series, each one rebuilt and bolstered by Unreal Engine 4. While 2017’s Crash Bandicoot N. Sane Trilogy established a new standard for remastering classic platformers, Toys for Bob raised the bar even higher with this release. 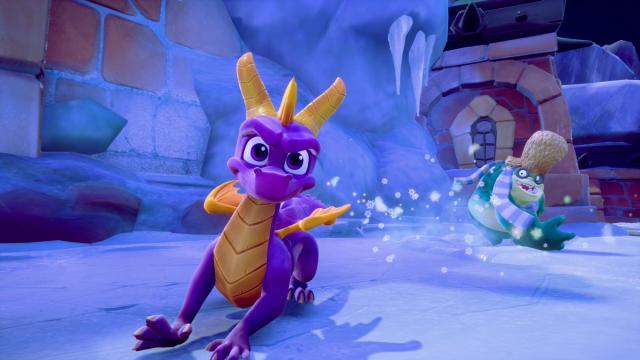 For the uninitiated, the gameplay is straightforward. Collect gems, jump and glide around mostly linear levels, and defeat enemies along the way. Combat generally consists of two attack modes: charging or incinerating foes. These gameplay mechanics are all made easier with the modern availability of analog sticks. In short, controlling Spyro feels a little less stiff these days. Occasionally, players encounter variations of these mechanics, such as timed challenge runs or brief segments as a different character, but the formula is consistent.

Complete enough brief levels and collect enough items to move on to the next world. This approach is successful thanks to the trilogy’s diverse settings and characters, as well as its steady increase in complexity. While enemies sometimes run from Spyro in the early levels of the games, they hold their ground and pose a more serious threat as you progress. It’s certainly a much easier ride than the early Crash Bandicoot titles, but there is sufficient challenge to stifle most gamers’ boredom. 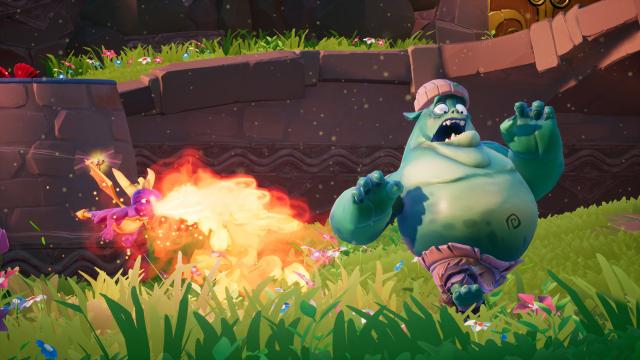 The first title in the trilogy, fittingly titled Spyro the Dragon, benefits most from the remaster treatment. Despite being a fine game in its original form, its more basic visual presentation and gameplay aged more rapidly than the sequels that followed. In fact, Toys for Bob redesigned some of the NPC designs to diversify the original title’s similar-looking character models. This work was in addition to other trilogy-wide enhancements, including updated voiceover work and the option to listen to a remastered version of the soundtracks. Overall, the sequels, Ripto’s Rage and Year of the Dragon, were already refined expansions of Spyro’s first adventure, and were must-play original PlayStation titles. They shine even brighter in this collection.

It's difficult to find fault in the core elements of the remasters; the trilogy remains intact – for better or worse. Platformers of this era were often frustratingly limited in scope due to hardware and technical limitations. I can imagine modern gamers feeling disappointed as they frequently encounter invisible walls and quickly reach the edge of the games’ small levels. In revisiting these games as an adult with limited free time, I truly valued that I could complete several levels within an hour. Its pick-up-and-play nature works to its benefit, and it's easy to imagine a port to the Nintendo Switch, but I'm reluctant to raise my hopes on that front because this collection is wider in scope and boasts more impressive graphics and level design than the Crash remasters. Visually, the Spyro Reignited Trilogy can pass as a current generation title. 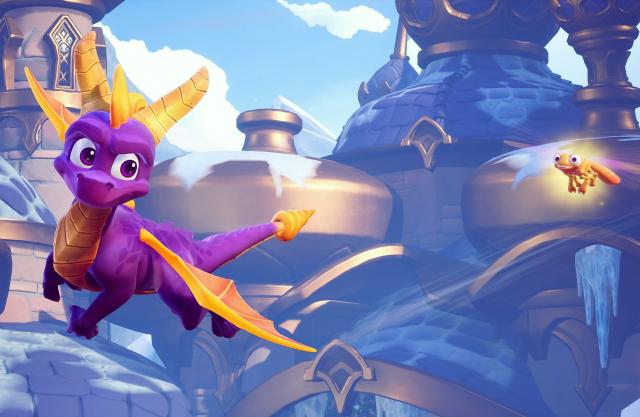 I would be remiss to ignore fan backlash following the collection’s development shortcuts. It is disappointing that the development team did not prioritize accessibility and add subtitles to the cutscenes. Similarly, I understand fans’ frustrations with the physical release, where the full collection is unavailable to play without downloading large updates. However, neither of these issues change the high quality of this production or diminished the fun I had in playing these blasts from the past. I recommend the collection without reservation despite these omissions. 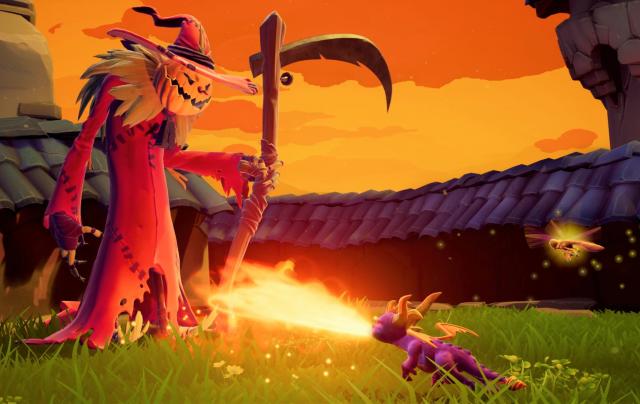 Titling the collection as “Reignited” is apt, for each game is just as enjoyable, if not more so, than at the time of their original releases. It was wise to steer away from marketing the collection as a remaster because that label undercuts the developers’ level of dedication and investment in revitalizing these games. In fact, I have never played a remaster of this caliber. Toys for Bob accomplished a tough balancing act of honoring the past while updating the trilogy for modern audiences.

Although gamers are right to be frustrated by the bungled physical release and limited accessibility options, fans of the series and newcomers alike will find something to love in Spyro’s first adventures. Spyro Reignited Trilogy is a tour of some of the platforming genre’s most important history and hopefully a sign of things to come.