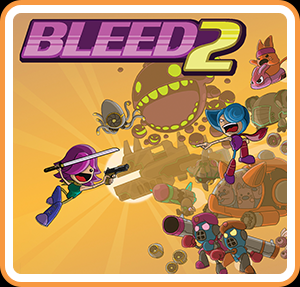 If you’ve ever felt like video games are taking themselves too seriously nowadays, then fear not; Bleed 2 is here to do what it can to push the industry back in the opposite direction. Between enough physics defying moves to embarrass The Matrix, a wrestling match, flying school buses, and a plot that is doing all it possibly can to not be taken seriously, Bleed 2 makes it very clear it’s just about having fun. And who needs story anyway when you can reflect missiles with a katana? 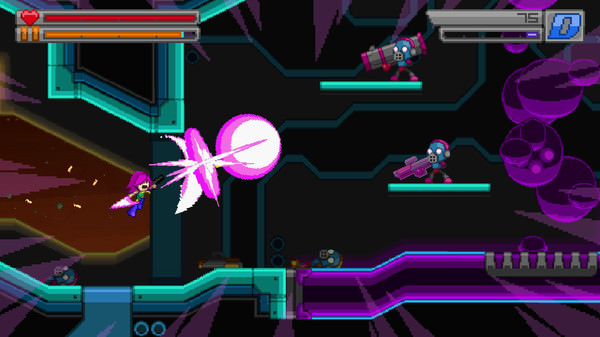 For those unfamiliar with the original game, Bleed 2 is something of a cross between a bullet hell and a platformer, with a parry-the-pink-projectiles mechanic similar to Cuphead’s thrown in for good measure. Each level swaps between platforming and a handful of boss fights, and the latter definitely held my interest more than the former. While the platforming isn’t bad, there also isn’t much to make it exciting. Wyrn has access to a triple jump, which can be used in basically any direction, but that makes it far too easy to deal with nearly any platforming segment the game has to offer. There is an interesting segment in the late game that bases itself around altering gravity, which grabbed my attention for a moment, but it’s over very quickly and the concept doesn’t feel pushed as far as it could have been.

The boss fights, meanwhile, are much better; highly entertaining and varied encounters that allow for a number of different approaches to fighting them. Each boss serves as a mix between bullet hell and fast paced action, and you’ll find yourself having to dodge both relatively slow projectiles and fast moving melee attacks in nearly every encounter. I find the inclusion of the game’s slow motion mechanic to be particularly compelling here; the player can slow down time temporarily with a recharging meter. This is rarely necessary in platforming segments, but it allows for interesting strategies in boss fights. You can slow down time as an offensive tool to get more damage in, or to make it easier for yourself to dodge whatever attacks the boss is throwing at you. Additionally, beating the game unlocks a number of different weapons that allow for different strategies on repeat playthroughs, which provides some motivation to go back through and fight the bosses again. 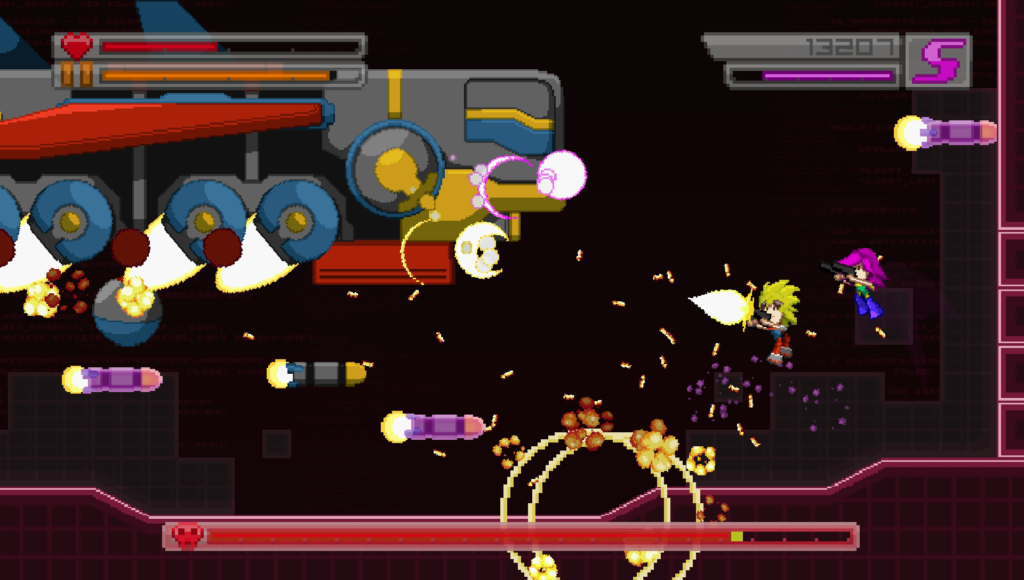 The plot, such as it is, involves the Earth being invaded by aliens. Our protagonist, Wyrn, is stated by the game to be the only hero left on Earth, and must single handedly fight off the invasion to save the Earth. The story obviously isn’t what we’re here for, and I can’t help but feel like that extends to the campaign as well. There are only seven levels in the story, the last of which is a post-game epilogue that doesn’t even involve the main alien invasion plot. It only took me a little more than an hour to complete the campaign, and given the frequency at which I died, I suspect it will be even shorter for anyone who played the original.

Having never played the first Bleed, the biggest hurdle to getting into Bleed 2 was definitely the control scheme. It works well, but it requires a fair bit of getting used to; the right stick is used for aiming your constantly firing gun and swinging your sword, the right trigger is used to jump, and the left trigger to slow down time for a bit, allowing you to get additional hits in on bosses or dodge projectiles more easily. And while you can admittedly change the control scheme, there aren’t many better options given that your right thumb will need to be on the right stick at nearly all times to keep firing. I eventually got the hang of it and found myself really getting into the swing of things, but by the time that happened, the game was almost over. 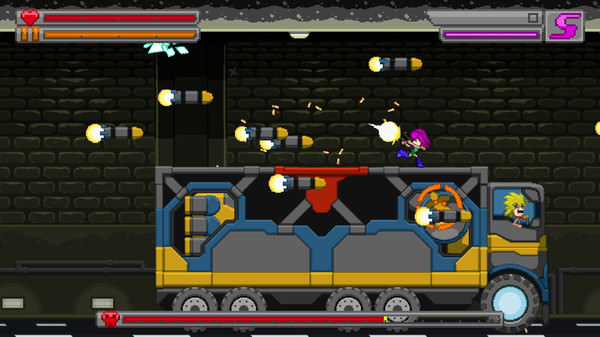 Which brings us to the game’s additional modes, which is where I suspect Bleed 2 expects you to build up most of your playtime. Arcade mode challenges you to beat the game’s story on a single life. Meanwhile, challenge mode has you pick three bosses to try and beat back to back to back. And, finally, endless mode provides you with an infinite number of randomly generated levels to hack and shoot your way through. There’s some entertainment to be found here, but the same issue remains present. No matter how many levels you randomly generate or how many lives you limit the player to, you can’t generate new boss fights. And as good as the bosses in this game are, fighting the same bosses over and over makes these additional modes repetitive quickly.

Bleed 2 only costs $10 as of the time of writing, but even a price point discounted that heavily is a bit difficult to justify given the lack of original content. Ten dollars for an hour-long story mode, and then some extra modes with the same bosses and randomly generated levels. This is Bleed 2’s biggest problem by far; it’s just lacking in stuff to do. If you were a fan of the original game, there’s probably enough here to justify a purchase, especially if you enjoyed it enough to go back through and play the harder difficulties. If not, it’s difficult for me to recommend it, even at only $10.

This review is based on a digital copy of Bleed 2 for the NS, provided by the publisher.