A strong follow-up to the Portal-inspired Q.U.B.E.

The original Q.U.B.E., which launched over six years ago, was a welcome delight to the world of the puzzle platformer. While it skirted a little too close to the formula Portal had invented a few years prior to its release, Q.U.B.E. clearly made something of a dent in the genre, going on to release on multiple platforms and selling well enough to warrant a sequel - Q.U.B.E. 2. 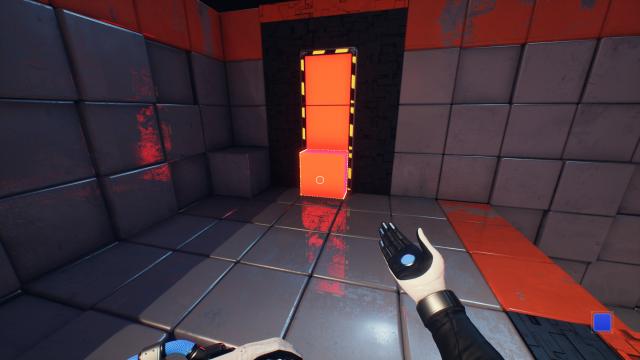 Q.U.B.E. 2 gets off to a running start, presenting the player with some narrative that sets up the story of why you’ll be exploring a brand new puzzle cube. It makes for a great first impression, doubly so given the criticism that was levelled at the first game for its lack of narrative. The game then falls into a familiar pattern - you’ll solve a puzzle, explore a little bit while receiving dialogue in the form of radio communication, and then move onto the next puzzle.

This gameplay loop fits the game well, and makes for some interesting set pieces as you encounter new objects and pretty environments, all while characters are extolling exposition about what they believe is happening, or their own personal struggles within this new puzzle cube. 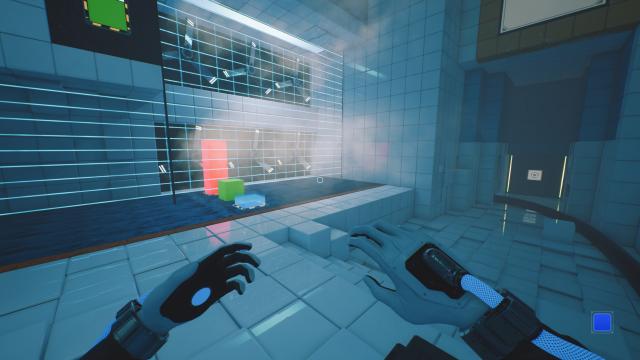 I won’t get into the specifics of the story because I don't want to spoil anything, but I'm happy to report that, overall, Q.U.B.E. 2 does a brilliant job of bringing the few characters it introduces to life, and does it while telling a somewhat original story. Most of the dialogue is essential to conveying the narrative, much as it is in the series that inspired Q.U.B.E. - Portal. Over the course of the game's six or so hour running time you’ll find that there are multiple sides to each character's story, which is partly what gives them so much depth despite the fact you never really see them.

Graphically, it’s odd to say this, but I never thought a game that mostly consists of simple cubes would ever look this good. All of the textures and shading throughout are wonderful, and a huge amount of attention to detail has clearly gone into the design of the game world. It helps that the developers at Toxic Games have ensured that, despite the pristine corridors which are somewhat reminiscent of a science lab, no surface is ever simply flat or bland, with cubes protruding from walls all over the place, adding texture to an otherwise sparse and sterile world. 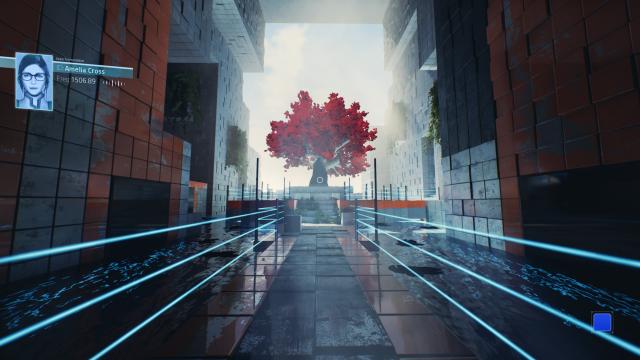 You gain three powers over the course of the game, allowing you to turn the white cubes in the environment into any one of three colours - blue, green, or red. Each of these colours grants the cube that's changed a key attribute - blue cubes bounce whatever is placed on top of them, green ones create new cubes that can then move around the environment, and red cubes are able to protrude into the environment. The combination of these three cubes makes for some varied puzzles throughout the campaign.

For the most part these puzzles are pretty simplistic and there's only one way to solve them, which means you'll rarely be left scratching your head or feeling a great sense of accomplishment upon completion. For example, early on in the game you’ll only have access to two colours - blue and red - which means that most of these early rooms simply require you to bounce on a cube on the floor (blur) and create footholds to reach higher platforms (red). 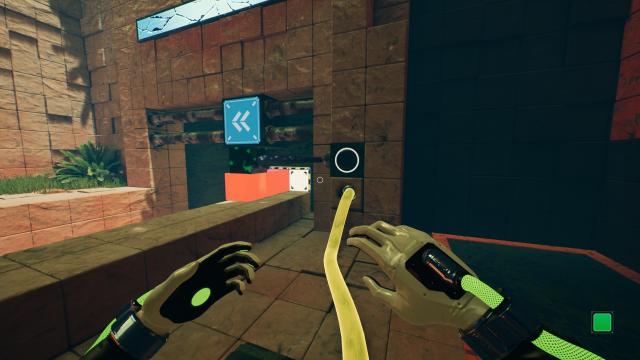 Things change a lot in the latter portions of the game, however. By that stage you're required to use what you've learnt to come up with new and ingenious ways of overcoming puzzles; ones which often require the use of oil and fire. These additional puzzle elements help to raise the difficulty quite a bit, but they come very late in the day - I'd estimate that around 80% of the game involves simple puzzles and only the final 20% introduces some trickier sections.

And while overall Q.U.B.E. 2 is a strong follow-up to the first game, there are also other drawbacks. The level designs, for example, are very repetitive and rely on many of the same assets from puzzle to puzzle. The development team has tried to be mitigate this feeling of repetition by the occasional use of derelict cubes, or ones overrun with flora, but for the most part the environments become stale by the end of the campaign. And the music, too, isn’t exactly very interesting - after completing the game I was hard-pressed to remember any of the tracks. 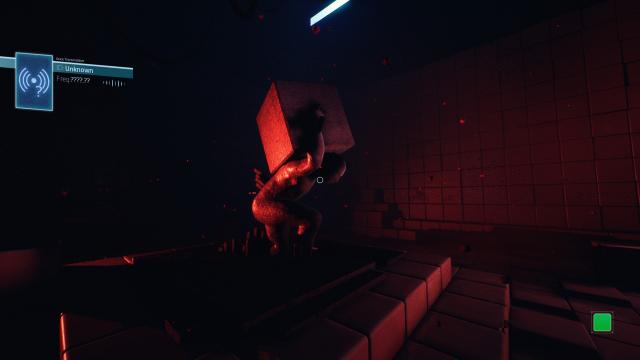 Q.U.B.E. 2 succeeds in improving upon the original in an iterative if not revolutionary way - the graphics are stronger, there's an actual story now with fleshed out characters, and there are some new (and at times interest) puzzle concepts, but the low difficulty level and sense of repetition certainly limit the game.

This review is based on a digital copy of Q.U.B.E 2 for the PC, provided by the publisher.