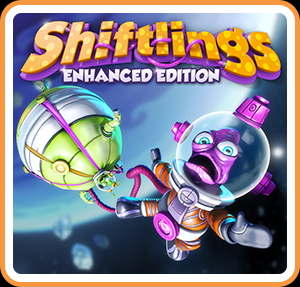 About as enjoyable and lasting as an apple.

Shiftlings - Enhanced Edition is a… unique experience. If you’ve ever wondered what the music of Star Trek and Banjo Kazooie would sound like combined, this is the game for you. And if you’ve ever contemplated what a 2D puzzle solving game combined with Funniest Home video-esque or Wipeout-esque commentators talking utter nonsense the whole time in a Truman Show-like situation would be like, then this may be your “intergalactic jam” (ha!). 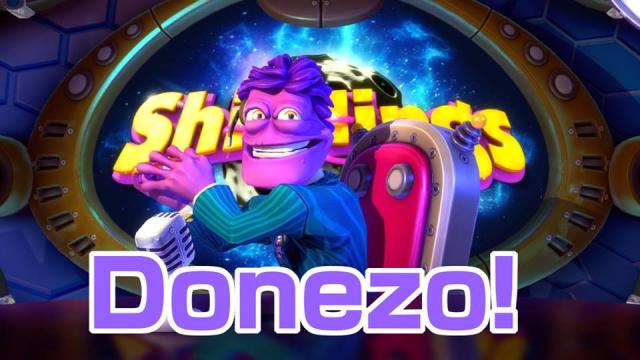 Shiftlings isn’t a terribly long game, nor is it a truly challenging one to beat; it’s more similar to Super Mario Bros. than Donkey Kong Country in terms of difficulty. Each of the five major worlds requires you to unlock 15 collectibles before facing a boss, which doesn’t really feel like a boss fight so much as just another level, with the added bonus of unlocking the next world.

After each world there is what is really the only form of story progression present in Shiftlings - the creepy commentator you see above makes some punny remarks (which I enjoyed) about our poor protagonists (if you can call them that). That being said, there is a great deal more to the story to be uncovered if you're willing to read up on it. 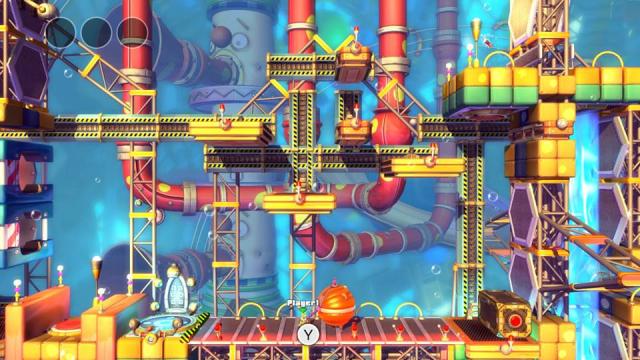 As far as the gameplay is concerned, this Enhanced Edition of the 2015 release includes some improvements to the single player campaign (the only mode I was able to play, unfortunately), including a better frame rate of 60 fps and the option to go to 30 fps in handheld to save on battery power if you so desire. I wasn’t frustrated at all while playing and controlling both characters (something that can’t be said about, for example, Snipperclips), rather I found the gameplay to be smooth, enjoyable, and intellectually stimulating. In particular, I enjoyed solving the puzzles and working out how to navigate from one area to the next.

There were plenty of times I had to die a few times before I figured things out, and even a couple times when I became quite frustrated at how you have to navigate the levels. There was even one level I just gave up on (you don’t have to complete all of the levels to beat the game), but that's often a sign of a good game to me. If something is too easy, then why am I playing it? What satisfying feeling of accomplishment will I get if I beat it? Will it stimulate my mind at all? If the answer is, to these questions, no, then it's unlikely to satisfy me. Thankfully, Shiftlings - Enhanced Edition isn’t one of those games.

Despite this positive, there are quite a few negatives. For starters, Shiftlings has insanely repetitive aesthetics and level design. You basically just have to keep dropping down holes, shooting through canons, and avoiding hitting anything deadly until you make it to the end of each level. If you enjoy playing Ultimate Ninja Warrior in a maze, here is your time to shine! 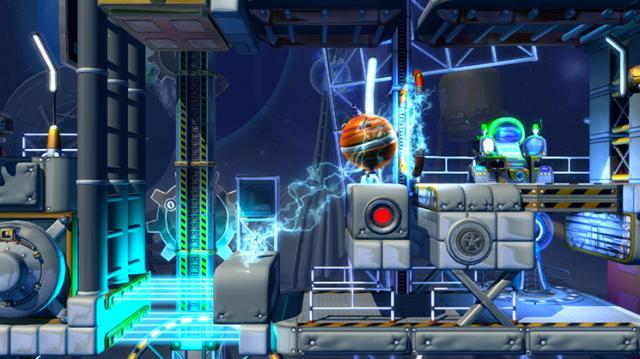 Still, Shiftlings succeeds more often than it fails at what it sets out to do, which is be a simple, relaxing, and funny game that one can pick up and enjoy. Just don't expect this to be a title you'll remember playing 10 years from now when you're fondly looking back on a “golden age” of gaming, as people often do when over-romanticizing the past.

This review is based on a digital copy of Shiftlings - Enhanced Edition for the NS, provided by the publisher.