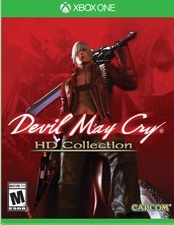 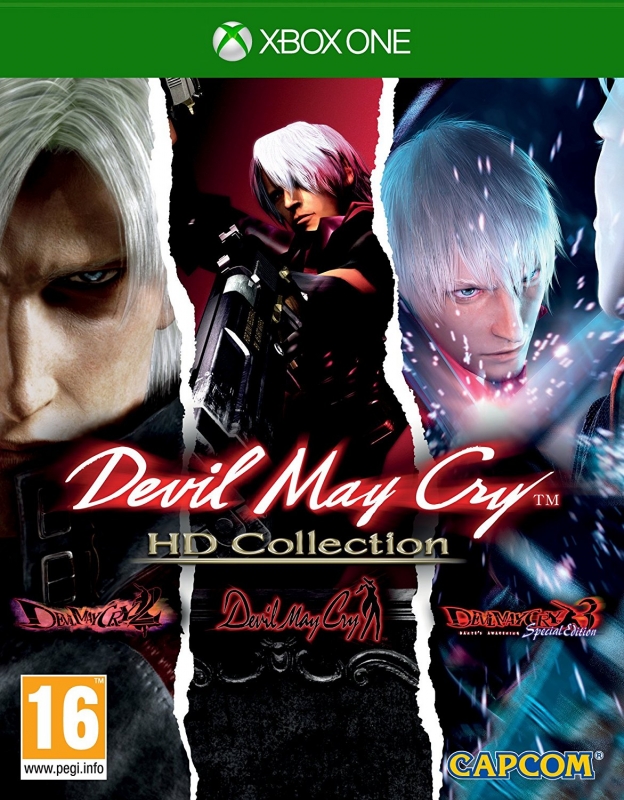 A rather lazy collection of some classic titles.

The original Devil May Cry titles stand as one of the most important influences on 3D action games, impacting future games such as God of War, Ninja Gaiden II, and Bayonetta. The first DMC game is now over 15 years old, and being available for the first time on current gen platforms presents as good an opportunity as any to see how well it and its first two sequels hold up compared to more recent games with the benefit of modern innovations. 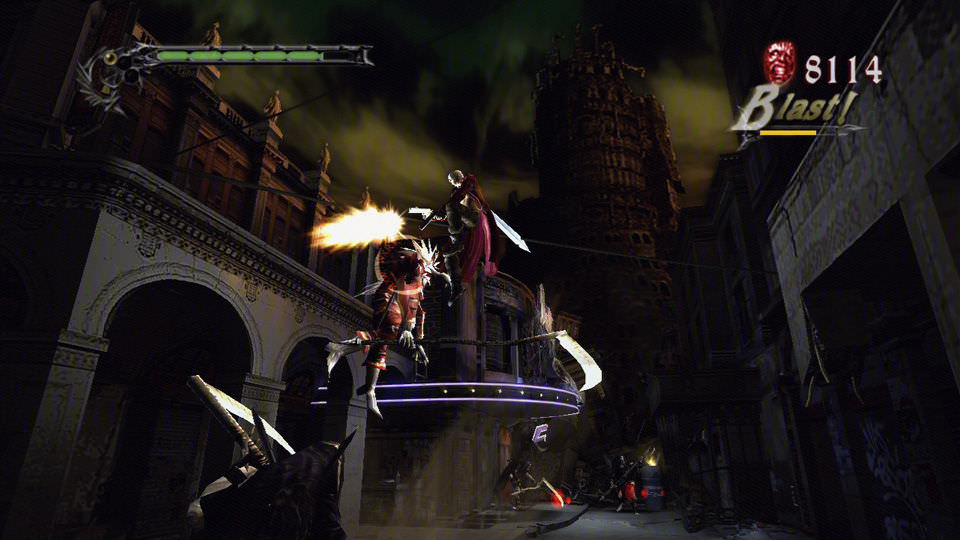 For the uninitiated, Devil May Cry is a hack and slash series that started on the PS2 and moved to the PS3, Xbox 360, and PC when the seventh generation came around. The games mostly focus around the adventures of Dante, a half human/half demon who works as a mercenary hunting demons and whatever other supernatural beings may be posing a threat to the world. The gameplay is heavily focused around chaining together combos while using as many different and “stylish” moves as possible to boost your score, which in turn improves your ranking as well as how much in-game currency you are rewarded with at the end of each mission. The first and third game are widely regarded as classics within the hack and slash genre, while the second is generally viewed as terrible.

If you’re thinking that a HD collection of the first three Devil May Cry games sounds familiar, don’t worry, you’re not going crazy. Sad to say that this appears to essentially be a port of the 2012 Devil May Cry HD Collection - there are only very minor graphical improvements from the PS3/360 games. If you bought the 2012 version of the Collection, there isn’t much reason to buy it now unless you really want it on current generation platforms. 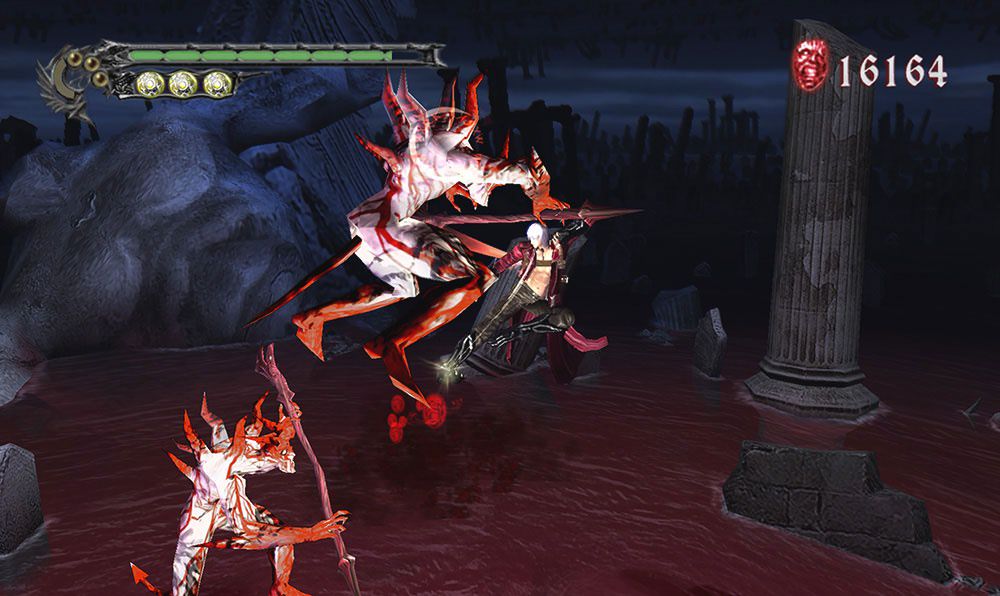 On the flipside, if you haven’t played these games in any form before, this represents an excellent opportunity to experience some of the genre’s defining titles, and I would certainly recommend trying them however you can, be it through this collection or some other means. Perhaps the more pressing question is, for those who didn’t pick up the 2012 release but have played the original games before, is it worthwhile? The answer will pretty much entirely depend on how much you want to go back and play the original Devil May Cry titles.

For this is very much Devil May Cry 1, 2, and 3, with pretty much all the good and bad that came with the original titles. Whatever problems existed with those games are fully present here. This is admittedly an HD collection, not a remastering, so it’s probably unreasonable to expect any large scale changes, but even some minor improvements that could have gone a long ways towards making the games a bit more enjoyable (perhaps reducing some of the orb counts to unlock doors in earlier missions of the original Devil May Cry, or rewriting some aspects of Devil May Cry 2’s story to make some sense) are ignored. The only upgrade appears to be the resolution being pushed to 1080p, which doesn’t do a lot to improve the low poly models from an early PS2 era game. There wasn’t a lot of effort put into making these titles look much better. So if you do buy this, it will be for the original titles, with all the good and bad that come with. This brings us to the definitive question of perhaps any HD collection: do the games hold up today? For the most part, the answer is yes. 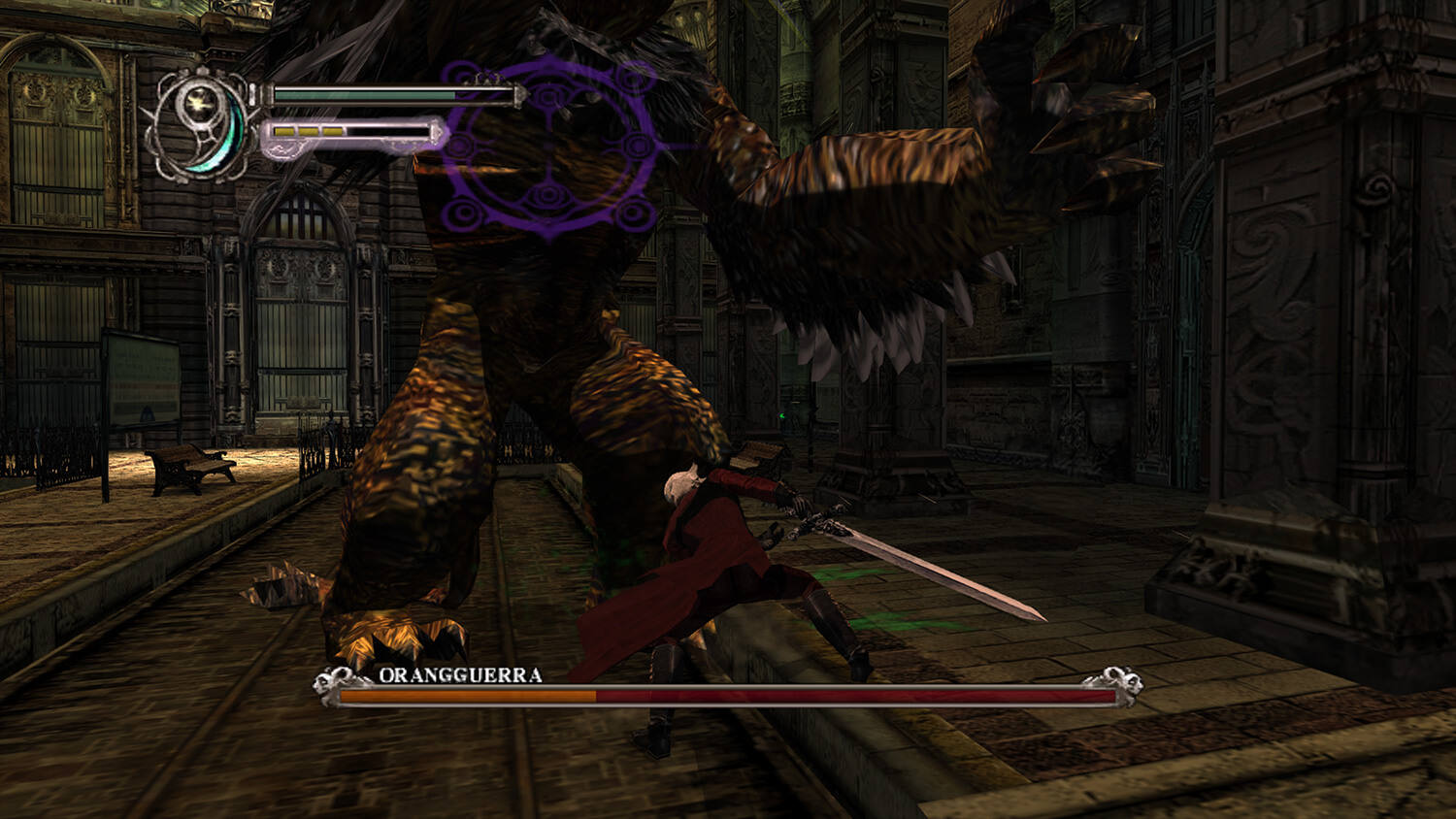 The original Devil May Cry is very much enjoyable, although its age certainly shows in a couple of areas. Awkward fixed camera angles and camera shifts during boss fights, lack of on the fly weapon switching, and some incredibly questionable level design choices including a first person swimming section all contribute to a feeling of outdatedness. Get past that, however, and the core combat still definitely holds its own. There’s a wide variety of weapons for the player to play with, all of which are useful and, perhaps most importantly, fun. At times, Devil May Cry has a retro feel to it, as the brutal difficulty and quick pace of the fights lend a degree of challenge that seems like it could have been taken out of older beat em ups like Final Fight or Streets of Rage. 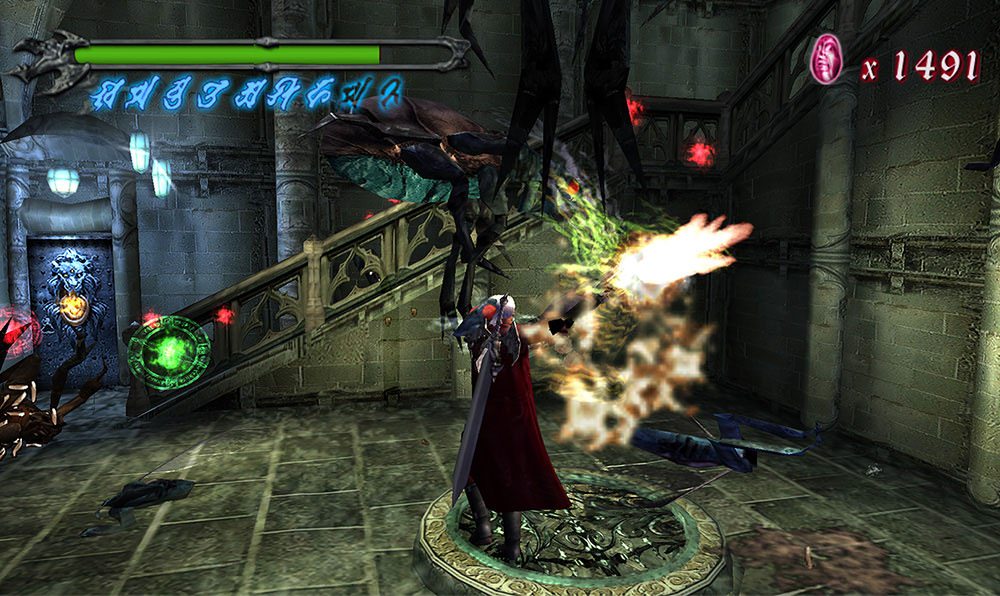 On the flipside, Devil May Cry 2 was bad in 2003 and is still bad now. For whatever it’s worth, time doesn’t seem to have made it much worse, but that likely has more to do with the game’s flaws just sticking out more prominently.

Devil May Cry 3, meanwhile, still holds up incredibly well. It’s impressive how few potential improvements I could think of for the game while playing it, although this may have something to do with the relative scarcity of high quality hack and slash games since the end of the 6th generation. The combat is still intuitive and easy to get into while maintaining a very high degree of complexity, and the game consistently showers you with new weapons and abilities to try out, along with new enemies and bosses to try them out on. And the story, while not particularly deep, does an excellent job of setting the pace and encouraging the player to keep going. The game always makes sure to have some kind of pressing goal for the player to move towards that keeps things from ever feeling forced. 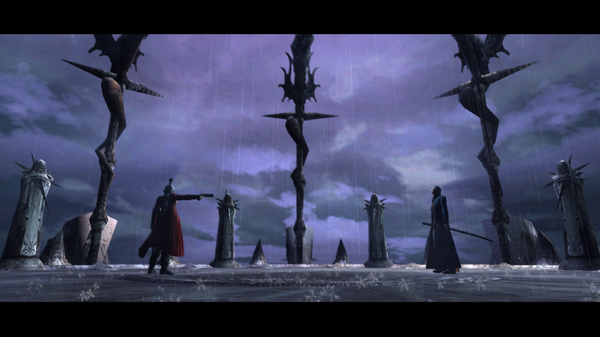 The other benefit of this release for those who may have played the original Devil May Cry 3 on PS2 is that the HD Collection houses the Special Edition of DMC3, which contains the opportunity to play as Vergil, Dante’s brother and main antagonist of the third game. The special edition was previously only available via a much maligned release on Steam. This HD Collection (and its 2012 release) serves as the first opportunity to play as Vergil in DMC3 on consoles, and avoids most of the PC releases’ issues with getting controllers to function properly. Vergil doesn’t come with any new content from the 2006 release, he simply gets to play through Dante’s missions, but it is an extra bonus for anyone who may have only played the original PS2 title.

Ultimately, Devil May Cry HD Collection is, well, the previous Devil May Cry games. If you haven’t played them, this represents as good an opportunity as any to give them a shot, and if you like action you’ll likely have a blast. While there hasn’t been much effort to improve these titles, the degree to which Devil May Cry 1 & 3 hold up today is impressive. If you have played these games before, I can only recommend them as much as you enjoyed them previously, because there’s not much here that will better or worsen your opinion.

This review is based on a digital copy of Devil May Cry HD Collection for the XOne, provided by the publisher.