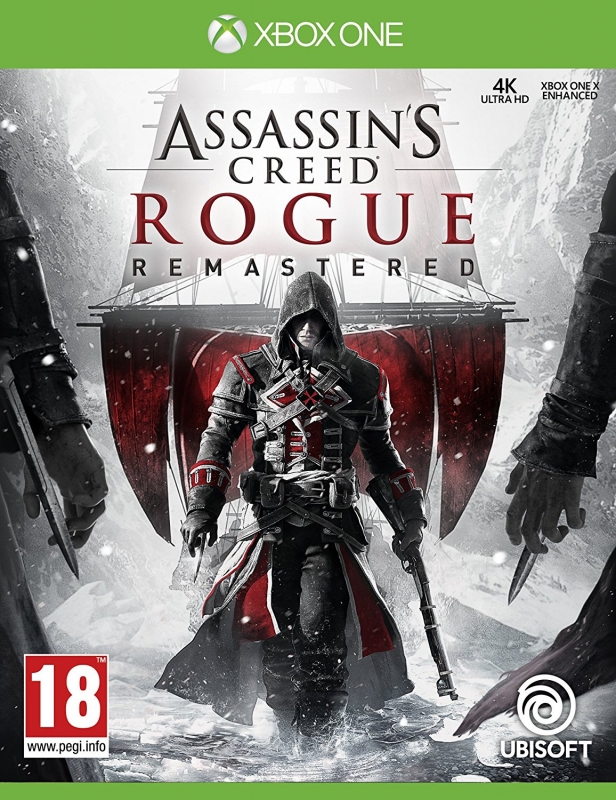 Assassin's Creed Rogue is the best Assassin's Creed game you never played. It's not a great game, mind you, or even a good game — it carries too much of the series' baggage — but it is a decent enough installment in the long-running action-adventure franchise that was buried in the hype over its next-gen counterpart, Unity. Released on PS3 and Xbox 360 on the same day in 2014 when Unity launched on PS4, Xbox One, and PC, Rogue was perhaps destined to fall off the radar. Now, with a remastered version on current-gen systems, Rogue Remastered earns a second chance to impress with its story-telling and mechanical novelties, and a chance to frustrate with its adherence to an Assassin's Creed formula heavy with busy work and aggravating navigational controls.

Story-telling has never been a strong point of Ubisoft's globe-trotting stealth action series, but Rogue Remastered manages to sidestep many of the franchise's narrative pitfalls by focusing on a grounded, personal story without many fantastical elements. Sure, there are allusions to the Precursors and to the global conflict between Templars and Assassins, but this game, ultimately, is about a solitary person with a crisis of conscience. Shay Patrick Cormac, the hero of Rogue, is a complicated man who abandons his brothers and sisters in the Assassins' fraternity to join the Templar order, its sworn enemy. 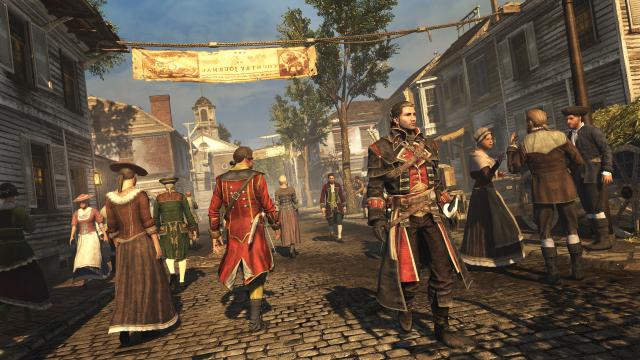 How and why this happens is, unfortunately, rushed and abrupt. Yet, the fact remains that this game represents, arguably, the most nuanced treatment of the rivalry between these two geopolitical powers. This isn't a story of good and evil; it's a story of individuals practicing good and evil acts, sometimes simultaneously, and about the bonds of friendship and loyalty forged in shared experience. Say what you will about Rogue's gameplay foibles; its story is among the best the series has to offer.

Speaking of gameplay, Rogue Remastered is a grab bag of features borrowed from earlier games in the franchise — wealth management from Assassin's Creed II and naval warfare from Assassin's Creed IV, to name a couple — with a smattering of innovations that elevate the title among its peers. The game's entertainment level fluctuates greatly depending on the task at hand; everything at sea is outstanding while much of the action on terra firma is tedious and clumsy. 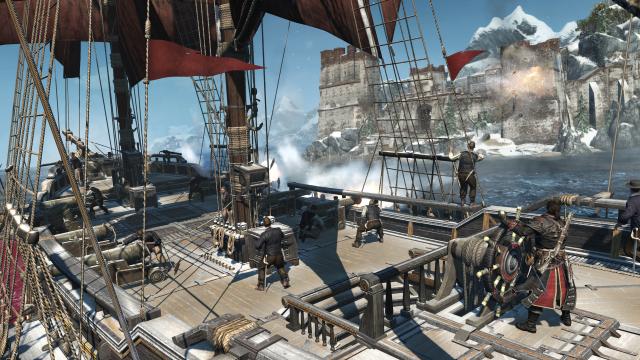 Naval warfare is far and away the best part of Rogue Remastered. Sailing and ship-to-ship combat are intuitive, engaging, and, often, thrilling. On the open seas, Shay can spot enemy schooners and frigates in the distance, and choose to avoid or engage. Once engaged, a host of offensive and defensive options open up to the turncoat captain, including front and side-mounted cannons, ignitable oil slicks and Puckle guns (both introduced in Rogue), and mortars. If a French or pirate ship suffers enough damage, Shay and his scurvy crew can sink it or attempt to board it.

It's great fun, and it manages to capture the verisimilitude of naval warfare without bogging down in overly-complicated controls or extraneous options. A game built entirely on the mechanics and gameplay loops of open sea combat would do publisher Ubisoft well (its upcoming action game Skull & Bones signals the French company agrees). Moreover, it's at sea where this remaster shines brightest. Improved environment rendering, upscaled shadow resolution, and high-resolution textures all make sailing a treat for the eyes. Staring into the blue-green waters of the Hudson River Valley or looking up at aurora borealis is enough to make you forget this game originated on last-gen systems. 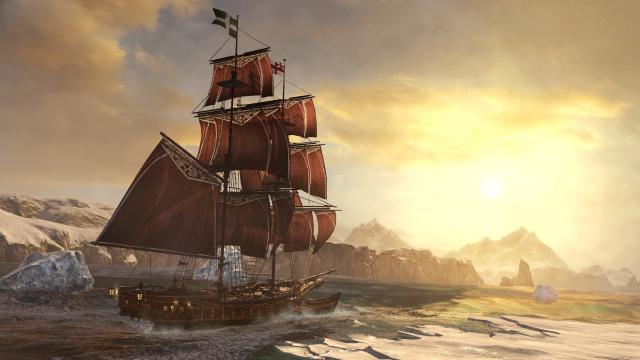 Regrettably, a sizable portion of Rogue Remastered takes place on land, far from the intrigue and beauty of the waterways of the North Atlantic. Here, the title stumbles over the gameplay warts inherent to Assassin's Creed: tedious mission design, one-button-does-all navigational controls, and lots and lots of busy work. Worse, these shortcomings tend to aggravate and work against each other.

Tailing missions, boring on their own, are made less satisfying by a haphazard free-running system that sends Shay head first into a storefront or the freezing waters of the Atlantic. Busy work, omnipresent in the game, weighs down several main quests, which involve Shay walking to meet his conspirators, receiving his marching orders, journeying to the site of the objective, and then returning to report his success. It all feels designed to pad Rogue Remastered's running time.

It's not all bad, though. The developers at Ubisoft Sofia, in their wisdom, included in Shay's arsenal, for the first time, an air rifle (a take on the blowpipe from previous games). This silenced weapon, which can fire sleep, berserk, and firecracker darts, makes ground-based combat and stealth more flexible, forgiving, and fun. 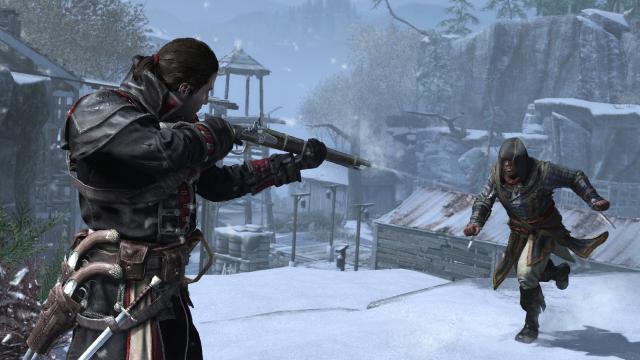 In addition to a host of visual improvements, this remastered version incorporates extra content not included in the original release, including two bonus missions — The Armor of Sir Gunn and The Siege of Fort de Sable — along with the Master Templar and Explorer weapon packs and several special outfits and customization items.

Previously held back by last-gen systems and an inconvenient release window, Assassin's Creed Rogue has a second chance to succeed thanks to this remaster. It looks and performs better than ever, even as its plays unevenly. The thrill of naval warfare is mitigated by the tedium of ground-based gameplay, in the end. Still, this is an adventure worthy of the Assassin's Creed faithful, particularly those seeking a down-to-earth story that fills in the backstory of the North American brotherhood.

This review is based on a digital copy of Assassin's Creed Rogue Remastered for the XOne, provided by the publisher.