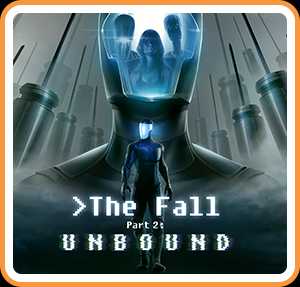 Back in 2014, Canadian developer Over the Moon released a nice little game called The Fall, a side-scrolling adventure that's part Metroid, part Monkey Island. It merged non-linear exploration with outside-the-box problem-solving and real-time combat, and wrapped it all in a thought-provoking, cerebral science-fiction narrative. Four years later, it has a sequel, The Fall 2: Unbound. While this second installment of a planned trilogy embraces the same features — exploration, action, puzzle-solving, and storytelling — it treats each feature unequally, resulting in a game where almost everything serves the story.

To be fair, the story in The Fall 2 is extraordinary. It takes the central premise of the first game — the morality, limitations, and viability of artificial intelligence — and pushes it into uncomfortable new places. During the game, Over the Moon tests ideas about robotic sentience, the rights of artificial beings, human nature, and reality. It's heady stuff. Like the best science-fiction, it challenges the status quo and asks questions about what it means to be human. 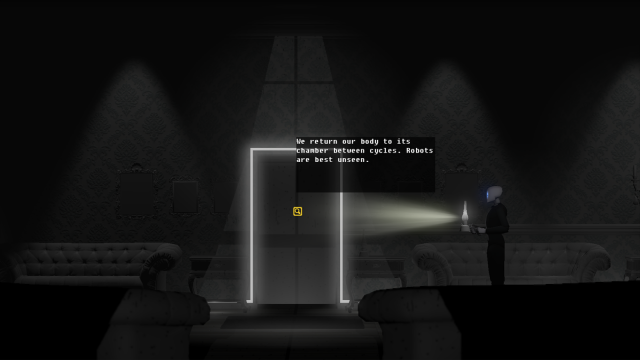 Unfortunately, the developers never weave these themes or the story of A.R.I.D, a rogue A.I. who stars as the game's protagonist, into the game's mechanics smoothly or seamlessly. In the first The Fall, the story complemented puzzles and enemy encounters, never overshadowing them. Here, everything from puzzles to exploration to combat serves the interest of the story; these elements aren't, minus a few exceptions, interesting on their own.

This is certainly true of combat, which was already the series' weak link. A.R.I.D, slow-moving and inflexible, isn't a great fighter, and her encounters with enemy agents in The Fall 2 are tedious and unenjoyable. At certain plot intervals, she will come face to face with digital antibodies, attempting to expel her from restricted subnets. These inky, formless pests — think the Ing from Metroid Prime 2 cross-bred with dust bunnies — shoot clouds of smoke or emit energy fields, which A.R.I.D. must dodge. Then she can fire back with a clumsy lock-on and a paltry stamina bar, which feeds both her jump ability and her offensive firepower. 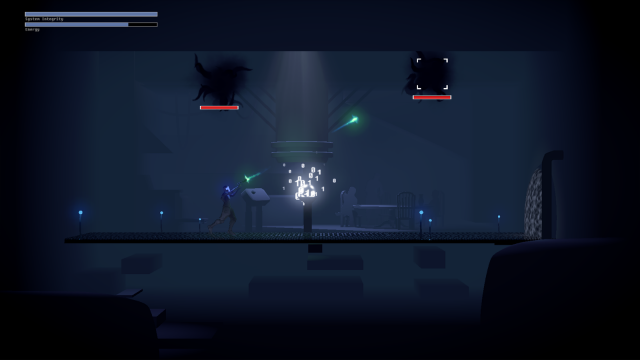 Puzzles, the best part of the original game, have also taken a noticeable step backwards. Gone are the elaborate, LucasArts-worthy riddles of the premier The Fall game, replaced with simple, linear problems that provide plenty of emotional catharsis but very few "a-ha!" moments — the hallmark of every great puzzler. Now, there is one major exception to this, which comes at the end of the game. In its final act, The Fall 2 takes a page once more out of the LucasArts' playbook and emulates perhaps its greatest achievement: Day of the Tentacle. 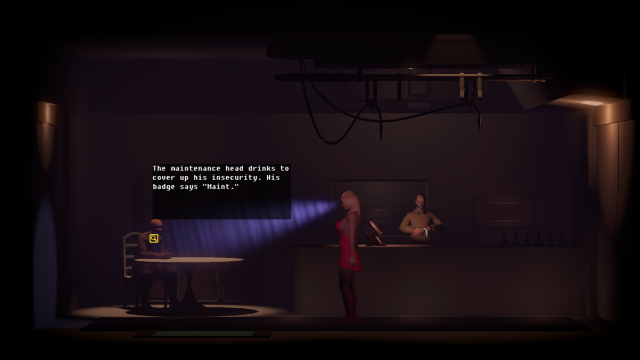 In a press release, Over the Moon CEO John Warner said the following about The Fall Part 2: "We want this game to shock you, excite you, make you laugh, thematically challenge you and put you in situations you have never been in before." By this metric, the game is a success. This is one of the more intelligent and thematically-rich narratives in a video game, one that asks difficult questions and provides uncomfortable answers. Part 3 will be hard to resist, if only to see where Over the Moon takes A.R.I.D. from here.

Mr. Warner went on to say that "...The Fall Part 2: Unbound is as rich with interesting ideas as it is fun to play." This rings only as a half-truth. For all its clever notions and science-fiction world-building, The Fall 2 struggles to summon interesting gameplay scenarios beyond its admittedly strong final act. In the end, it's a game meant to transcend intellectual boundaries, not push the envelope in terms of gameplay.

This review is based on a digital copy of The Fall Part 2: Unbound for the NS, provided by the publisher.