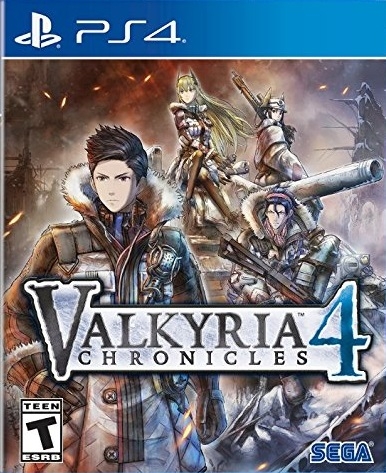 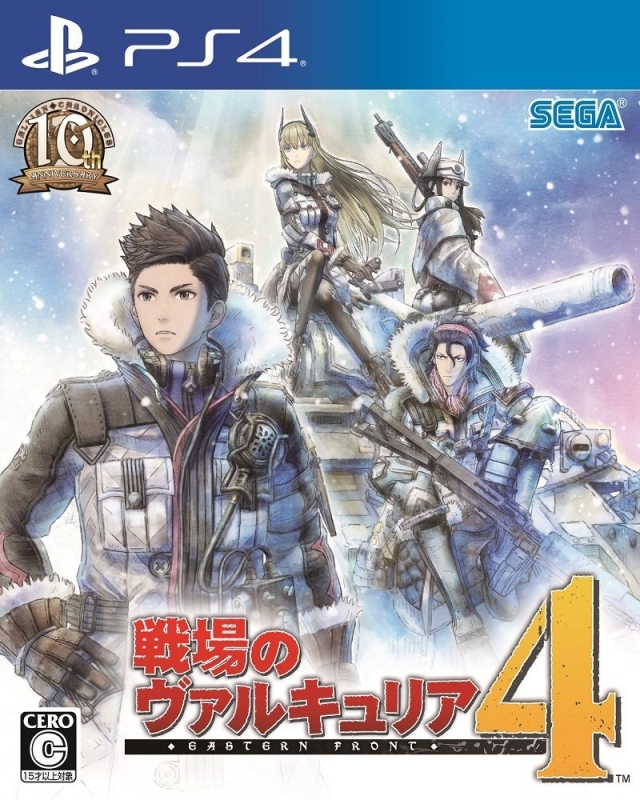 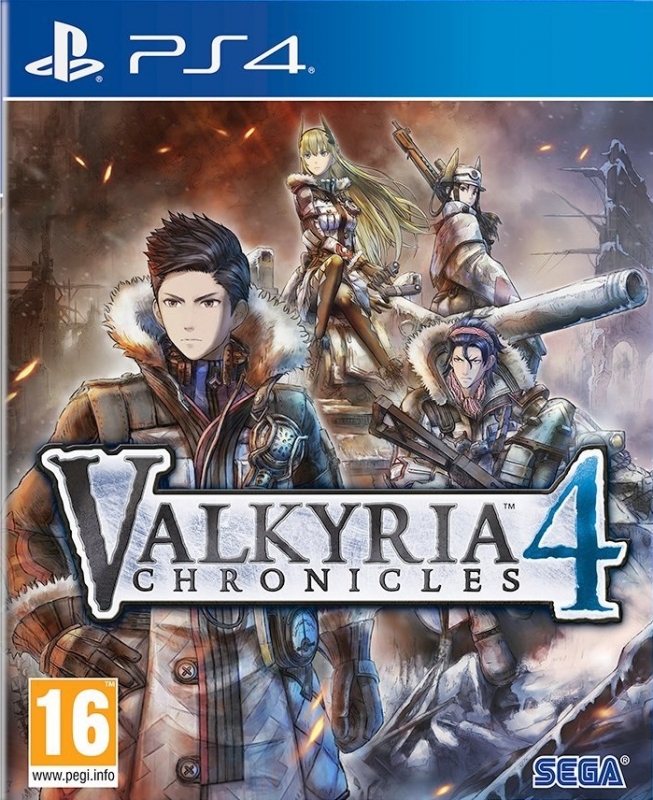 Valkyria Chronicles 4 revives the best qualities of the series for another unforgettable campaign.

Was it all a bad dream ? In 2017, Valkyria Revolution tarnished the reputation of a series that had, up until that point, received nothing but praise. The highly appreciated Valkyria series had failed in its major comeback. But the success of the original game on Steam and of the PS4 remaster made Sega go back to the series' original strategy/RPG genre roots. With this fourth episode, the real return of Valkyria Chronicles can finally begin.

Valkyria Chronicles 4 throws us into the midst of the very same conflict as in the first Valkyria Chronicles, but from a different point of view. The story of the first one was actually a tiny part of a broader conflict between the Imperial Alliance and the Atlantic Federation. The Federation, having already lost so much ground to the Empire, decides to organize a desperate plan to turn the tides of war, launching a massive campaign against the Imperial capital in an attempt to severe the enemy's chain of command. Lieutenant Claude Wallace is part of this operation, and you have to guide his Squad E through a merciless conflict. 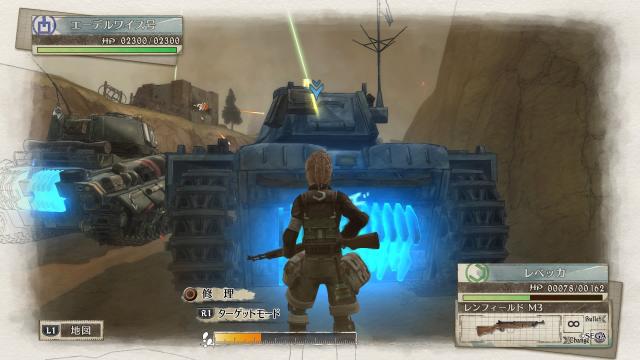 Valkyria Chronicles fans will be pleased to find the core gameplay unchanged from the first title. Both sides act in successive turns, being granted a certain number of units to move on the battlefield. Every character you move costs you one Command Point and the number of points you're given depends on the mission and on the numbers of leaders in your squad. The major balance change in this entry is that the tank now requires only one point, which is quite convenient considering that the heavy tank in Valkyria Chronicles 3 needed three.

Valkyria Chronicles has always stood out compared to other Japanese SRPGs thanks to its unique battle system, which combines a lot of parameters like distance, verticality, and depth of field. It's significantly more complex than Disgaea other Fire Emblem, for example, since you need to take into account the characteristics of numerous types of weapons and units across very elaborate maps. It's also much trickier to identify and prevent enemy threats than in a strategy game on a simple grid. Even ten years later, the base gameplay still features one of the deepest battle systems ever developed. 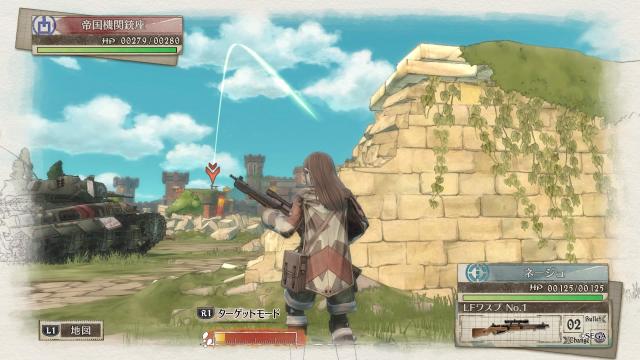 You have to choose your units carefully between the numerous soldier types, all of which have certain particularities: scouts can travel a long distance and take camps more easily, shocktroopers excel in close combat, engineers can fix vehicles, and snipers can take out threats from afar. All classes have statistics like HP, attack, or defense, and these differ depending on the unit type. In short it gives the player numerous ways to achieve victory and develop their own unique playstyle.

Soldier classes improve with time as you stack experience after each battle. The quicker your victory is, the more experience points you get. Units also receive new weapons or skills, like the flamethrower for the shocktrooper or the grenade launcher for the scout. But this fourth game also introduces its own features. High level snipers can now retaliate when attacked, and they can even fire at advancing soldiers during the enemy's turn, for example. You can also improve all of your weaponry, including vehicles. It's especially important to invest in the tank, given that it becomes the cornerstone of your progression in both attack and defense. 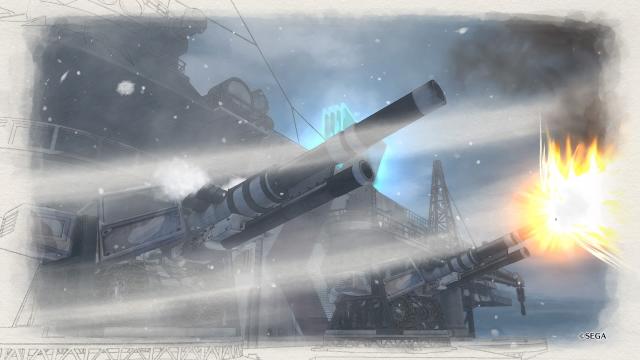 In Valkyria Chronicles 4 you also get a new war machine to play with. Without revealing the narrative events surrounding its introduction, at one point Squad E is granted support from a battleship within the Federation's navy. The battleship introduces a few useful options like a radar, long range artillery, and the considerable advantage of being able to re-deploy a tank that has been destroyed. This is extremely beneficial because enemy AI hits your armored vehicles hard. If you expose a tank's radiator (its weak point) to enemy units, you may well lose your tank in one turn. 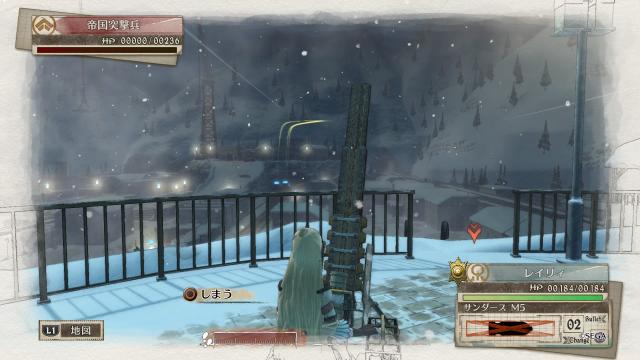 The other new unit type is the artilleryman (or woman). This unit carries a high tech mortar and a few shells, which travel a long distance along a curved trajectory, and so are able to hit targets that even snipers can't reach. Even better, an upgraded version of the mortar makes it possible to slow down enemy tanks, making it perfect for prevailing in armored warfare. Artillerymen also bombard enemy lines during the Empire's turn, giving you a huge advantage in defense. On the other hand, it's the weakest unit in terms of HP and it can't take cover when the mortar is deployed, so you have to be even more careful than usual in positioning these units. So it's often a very good unit to use, but it's also a nightmare when the Imperials use this same weapon against you; taking a direct hit will disorient your soldier and the screen will become blurry.

Across all its 18 chapters, Valkyria Chronicles 4 never feels repetitive. Each mission offers a fresh take on how you'll fight and reach your objective. Maps are incredibly varied and well-designed; in their geography and topography they invite players to rethink their plans every time. There are several types of objectives too, some of which are fairly original, like having to shoot panels, falling bombs, defend bases, and of course beat key deadly opponents. 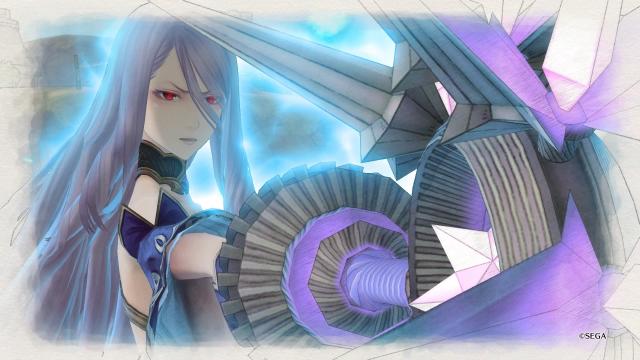 The Empire once again resorts to crazy new weapons, like the armored train that Valkyria Chronicles players will surely remember, which require a great deal of brainstorming to overcome. All of the boss fights are actually quite hard, making the game even more addictive. It's hard not to mention the almost invincibility Valkyria at this point - she's so insanely powerful that the confrontation takes place over three intense chapters. Generally speaking, Valkyria Chronicles 4 is the kind of game that stacks the odds against you, throwing you into situations so desperate that the taste of victory has never been so great.

As in the original game death is definite. A fallen ally must be rescued within four turns, otherwise you won't see him/her again for the rest of the campaign. This timeframe is sometimes reduced to two turns, and sometimes evacuation will simply become impossible. Keeping everyone alive is, as in Fire Emblem, a never ending challenge that makes the experience even more unforgettable. This also greatly influences your deployment and the way you build your lines of communication. In this particular entry a defeated party member has a tiny chance to trigger what is called the Last Stand, in which he or she can either perform one last action or power-up a nearby unit. 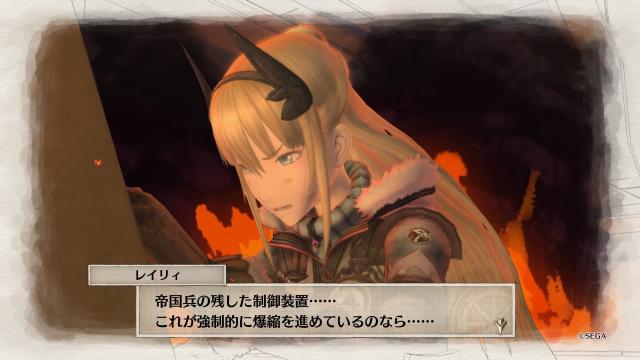 After having acquired confidence thanks to the long term success of the original game, Sega has once again decided to invest in an ambitious narrative this time around. While the PSP games were great they were also far less impressive because of a smaller budget and weaker specs. So fans will be delighted to witness the return of breathtaking real time cutscenes at critical points in the narrative. Valkyria Chronicles 4 also brings with it a share of suspense, especially when it comes to Kai, the mysterious sniper with  a double identity. Valkyria Chronicles 4 doesn't simply show the war, it invites the player to think about it too. It's not a simple story of right and wrong, but one of responsibility that stretches across both sides of the conflict, resulting in a mature view of a large-scale conflict.

In this ocean of praise, there are still one or two things to be critical of. The ending sequence is much less satisfying than the one in Valkyria Chronicles, with a conclusion that's a little bit weird and much too convenient. The Imperial forces are also much less impressive than before; their motivations and goals are so strange that it's almost ridiculous. General Walz, a tireless ladykiller, symbolizes this fact. There are no characters like, for example, Berthold Gregor from the first game, who was the perfect representation of a merciless World War II commander. Was this a purposeful change in order to humanize the antagonists? Perhaps. It's open to debate.

Graphically it's similar to Valkyria Chronicles Remastered. This means you should expect relatively unimpressive landscapes and outdated animations, but the modelling and general visuals are strong, partly thanks to the Canvas engine and its painting-like rendering. The music is epic from the title screen until the very end; it's a joy for the ears and greatly supports the intensity of the game experience. 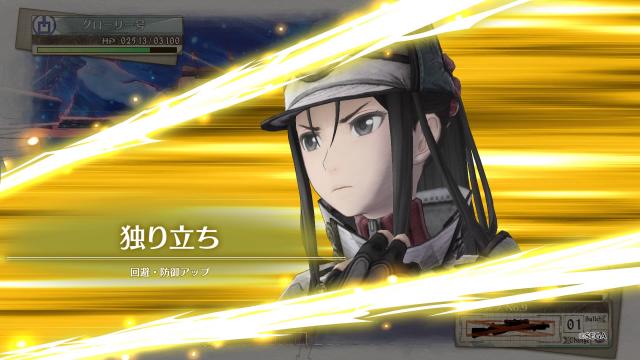 Another quality of Valkyria Chronicles 4 is its overwhelming wealth in terms of characters. There are nearly sixty of them, each having their own personality and background that you can discover through the various “potentials” and side missions. Every one of these side stories focuses on three of your soldiers and tells you about their pasts and relations. Oftentimes these are hilarious segments and add hours of fun to the main story. After you successfully complete a side story, the soldiers will see one negative potential of theirs turned into a strong positive one. Activating randomly, potentials have some strategic importance since they can enhance your characters' stats, allow you to save ammunition, or in rare cases heal completely. The large amount of side content, including missions called skirmishes (a sort of arcade mode to gather funds and experience), pulls the game up to around 70 hours' worth of content. 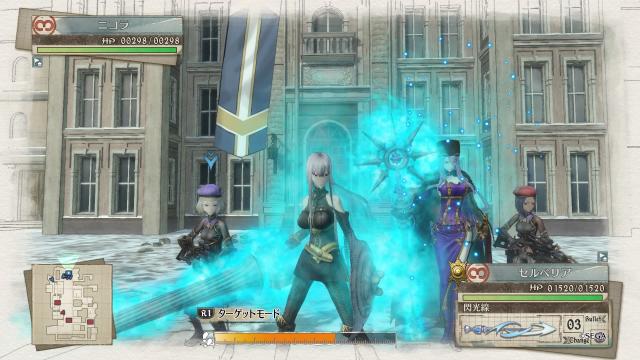 Valkyria Chronicles 4 happened to receive quite valuable DLC in Japan. The limited edition, called the 10th Anniversary Memorial Pack (which will come to the West, as announced recently), includes exclusive content featuring a joint operation between Claude's squad and Welkin's (the protagonist of the first game). Sega puts your skills to the test even in this DLC, and Welkin, Alicia, Rosie, Largo, and Eddy join your team after victory. Unlocking Isara, meanwhile, requires you to clear the main mission with an S rank, which is extremely difficult.

The season pass also includes lots of stuff, from swimsuits to a very hard mode. But the main attraction is the very last piece of DLC, Opposing Valkyrias. You play from both Selveria's and Crymaria's side in a Valkyria fight where the two ladies unleash their superpowers, while Imperial soldiers take up strategic positions. Victory on each side unlocks not only Selveria and Crymaria, but also Nicola and Kiara, the ferocious Imperial lieutenants who keep harassing you in the campaign. The most striking thing is that Selveria and Crymaria enter your squad with their powers of Valkyria, which is a first. Indeed, in Valkyria Chronicles 2 or 3, Selveria joined as a normal recon unit.

Valkyria Chronicles 4 managed to provide me with that same incomparable sense of enjoyment that I got from the first one 10 years ago. Inexhaustible gameplay, numerous great characters, a hooking game system, and a breathtaking narrative - everything has been revived from the glorious debut of the franchise. With significant new features and an appealing season pass, it only disappoints in a few minor respects. Regardless of what happened to the series during those 10 years, especially most recently, Valkyria Chronicles 4 is precisely what fans have been wanting from a sequel.

Reviewed based on a Japanese version of the game.